Sir Keir Starmer was dubbed the ‘witchfinder general’ yesterday who led the ‘witchhunt’ of celebrities accused of sex abuse.

Veteran DJ Paul Gambaccini described the Labour leader as ‘ground zero’, suggesting he had urged police chiefs to investigate historical allegations in the wake of the Jimmy Savile sex scandal. Speaking at the launch of a campaign for suspects to receive anonymity, the Radio 2 presenter claimed Sir Keir was the driving force behind a number of police inquiries into celebrities when he was Director of Public Prosecutions. Sir Keir was the head of the Crown Prosecution Service when the Met launched Operation Yewtree in 2012 which investigated a series of innocent stars including Gambaccini and comedian Jim Davidson, as well as others such as Rolf Harris and Gary Glitter who were convicted.

‘Unfortunately he was witchfinder general, ground zero in the entire witchhunt [as] said to me by Michael Gove, when he was justice minister,’ Gambaccini said. ‘We all wanted to know, who thought this was a good idea? Where did this madness come from and Michael Gove talked to the police heads and they said it came from Keir Starmer.’ 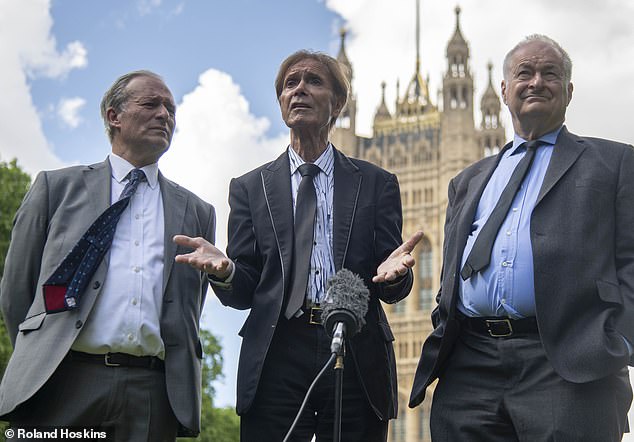 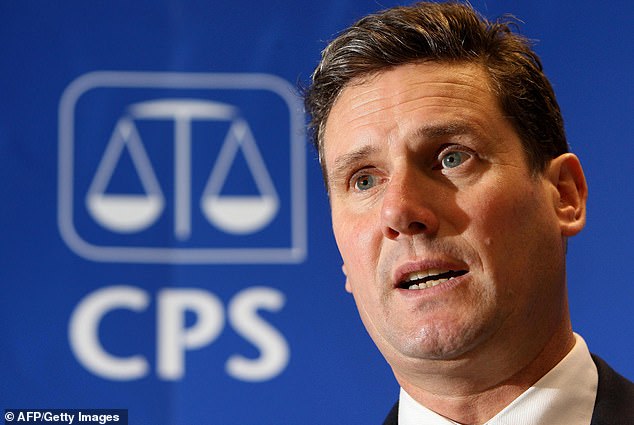 Sir Keir Starmer was dubbed the ‘witchfinder general’ who led the ‘witchhunt’ of celebrities accused of sex abuse, with suggestions he had urged police chiefs to investigate historical allegations in the wake of the Jimmy Savile sex scandal

Now Gambaccini and Sir Cliff Richard – who was also falsely accused of historical sex offences – have joined forces to demand a change in the law. They want to make it a crime to publish the name of anyone arrested on suspicion of rape or sexual assault until they are charged.

Yesterday Sir Cliff, 81, said he thought he was going to die of a heart attack after being accused of molesting a boy decades earlier. He appealed to female MPs for their support after one of the campaign’s backers, Lord Campbell-Savours said ‘very articulate women MPs’ were blocking a change in the law. Sir Cliff said: ‘If you could say to them do you really think I deserve to go through that? They would say no, I am sure.’

Yesterday Gambaccini said accusers should not be known as ‘victims’ unless their allegations were proven.

The 73-year-old was arrested in 2013 as part of Operation Yewtree over false claims he sexually assaulted two teenage boys. He spent a year on bail before the case was finally dropped. 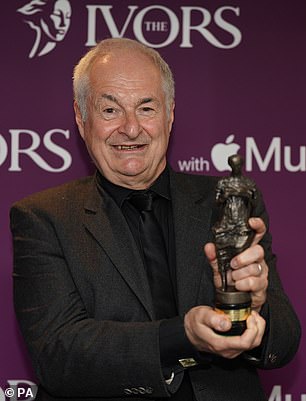 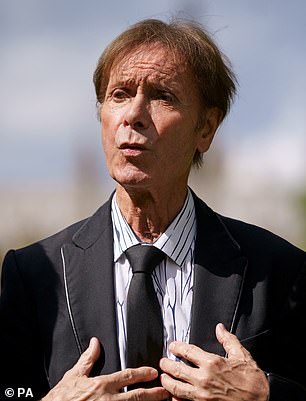 Sir Cliff, 81, (right) said he thought he was going to die of a heart attack after being accused of molesting a boy decades earlier

Former Tory MP Harvey Proctor also spoke at the event yesterday, saying he had lost nearly everything as a result of Scotland Yard’s doomed Operation Midland probe into claims by fantasist Carl Beech of a VIP paedophile ring.

The campaign Falsely Accused Individuals for Reform (Fair) first launched a petition in 2019 which received 27,000 signatures. Now they are pressing the Government to include an amendment in the next criminal justice bill to make it an offence in England and Wales for someone to identify or publish information about someone accused of a sexual offence unless they are charged.

But victims’ groups have warned it would have a chilling effect on rape prosecutions and freedom of speech.

They fear it could hamper police investigations as more victims and witnesses sometimes come forward when arrests are publicised.

Rape victims could also find themselves in the dock for alerting friends or family on social media that their attacker had been arrested.

Harriet Wistrich, director of the Centre for Women’s Justice, has previously said: ‘If it were introduced it would work as a serious impediment to the identification of serial sex offenders.’