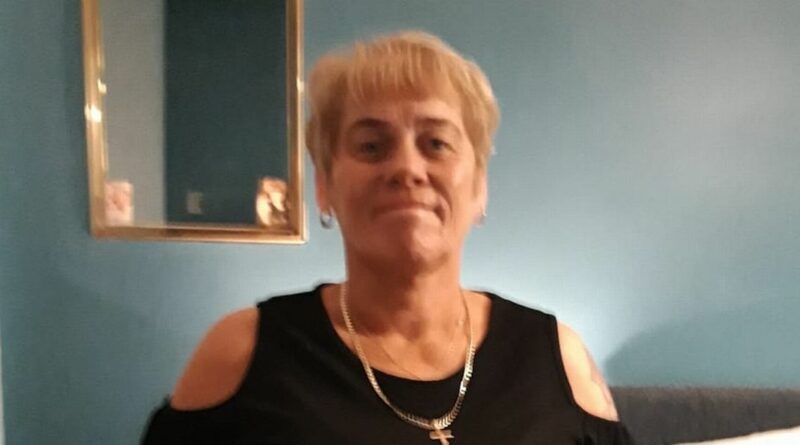 A retired traffic warden who bragged about being a "gangster granny" on Facebook hid a secret double life as a drug dealer.

Maureen Thompson, 61, stashed drugs in her kitchen and kept a list of users who owed money after she agreed to work for her dealer in order to pay off her own debts.

The mother of one began using cocaine after she was forced to quit booking motorists due to an injury.

Police raided her apartment in Scholes, near Wigan, Greater Manchester on February 12, 2020, following a tip-off.

Officers found a total of 47 wraps of cocaine – some hidden in a sock in a plastic box and also a white bin-bag containing 383 grams of cutting agents used to bulk up the drugs.

Thompson's mobile was also examined and found to contain messages relating to drug sales. The debtors 'tick list" was found in a notebook and she was also put in charge of manning a drug-deal hotline. Experts valued the haul at up to £1335.

Thompson initially denied being a drug dealer and claimed not to have known where the drugs came from. But in the police station, she was found to be wearing a sock which was a match to the other which contained drugs.

In a subsequent statement, she confessed: "I was in substantial debt to a drug dealer and I could not pay those debts so I agreed to let the dealer use my account to deposit and withdraw drugs money.

"My debt continued to incur interest and I agreed to store drugs and operate a drugs phone for him. I was a traffic enforcement officer for 28 years in Bolton and I had a serious accident which forced me into retirement.

"The pain relief medication I was taking made me spiral out of control and I started using Class A drugs."

In mitigation, defence counsel Joshua Bowker said: "Background reports on Miss Thompson paint a very different picture of her. This was offending committed after a protracted period of misfortune and misery resulting in control of her own life spiralling away from her”.

He added that suffering domestic abuse from a former partner combined with the stress of losing her job had led her to turn to alcohol and, later, cocaine.

“Her use of cocaine is now on a much smaller scale,” he said, “but it is still happening as she's an addict.

"Her intention will be to completely wean herself off that drug use. She poses a low risk of reoffending."

Sentencing Thompson, Judge Martin Walsh told her: "This court frequently has people appearing in front of it whose lives have been utterly devastated and destroyed by their addictions to drugs.

"Communities are blighted by the activity of those who resort to crime in order to feed their habits and those who profit out of the creation of such misery for personal financial gain can expect to receive significant prison sentences.

"But I have regard to your basis of plea and reports about you. I am just about persuaded about your circumstances to pass a suspended sentence. But I want to make it absolutely crystal clear – you have escaped going to prison by the skin of your teeth."

Thompson will face a Proceeds of Crime hearing later. She will have to undergo a review in two months where the judge will check on her progress.