A man vented his fury at staff workers in a Sainsbury’s store after they told him he could not shop with his boyfriend due to social distancing rules.

Jake Holliday, 29, was told to physically separate from his partner Rhys Jones, 24, whilst shopping in a Sainsbury’s superstore branch in Hayes, London.

Mr Holliday claimed that other couples were seen shopping together and not stopped, leaving him ‘fuming’. 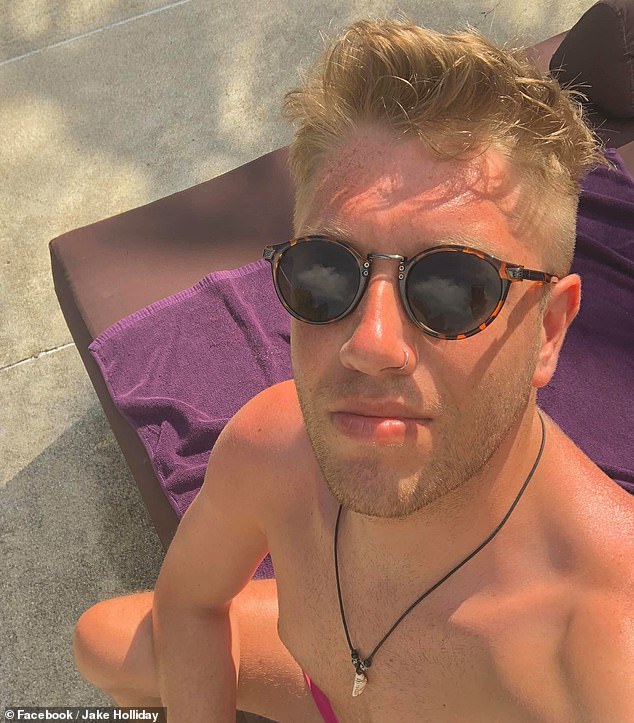 A couple were furious at Sainsbury’s staff workers who separated them while they were shopping. Jake Holliday (pictured) and his partner, Rhys Jones, were in a Sainsbury’s superstore in Hayes when they were told to shop separately due to social distancing rules

In a Facebook live video inside the store, Mr Holliday said: ‘We queued up like everybody else with a two-metre gap, as you can see outside there are men and women in together as a couple, so we’ve just walked in as we would as a couple.

‘I understand some shops are trying to restrict it to no more than two people coming in at a time, but obviously there are men and women coming in together.

‘There were three or four couples that were coming in – men and women – allowed to go in shopping, but me and Rhys got separated.

‘So I questioned the guy and said “why are we not allowed? We are a couple – a gay couple!”‘

When a manager came over, Mr Holliday, who works for the RSPCA, explained that while the pair are a couple, they were shopping separately as they were collecting items for their respective mothers who are ‘shielding’ from coronavirus. 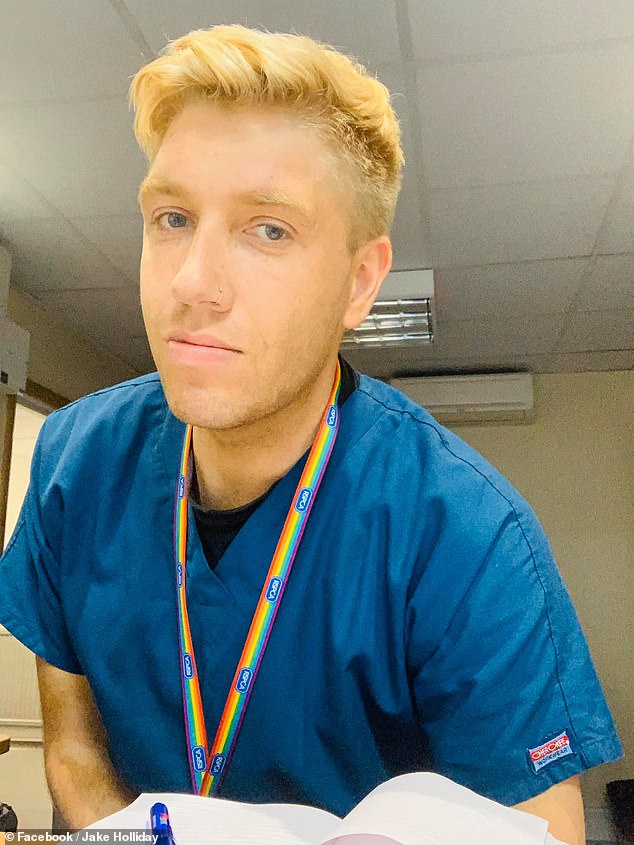 Mr Holliday, who works for the RSPCA, and his partner were shopping for their mothers who were ‘shielding’ from coronavirus and they claim the other couples were allowed to shop together 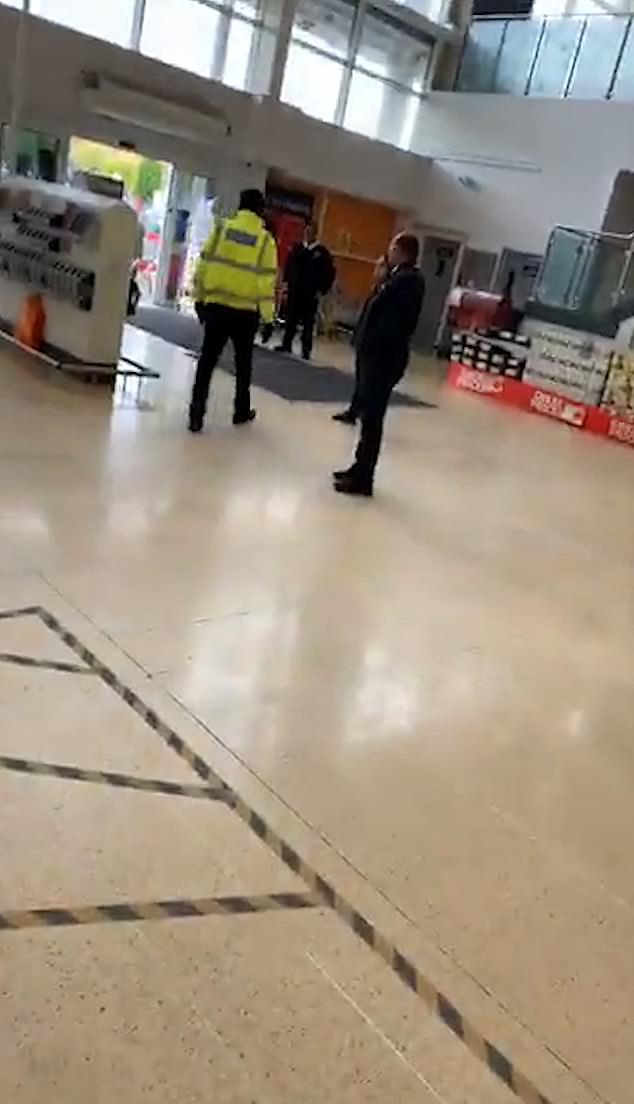 He then described to the manager that the staff worker who separated him and Mr Jones was ‘very angry and irate’ for no reason.

As Mr Holliday continued the Facebook live recording, the manager replied: ‘It’s nothing against your sexuality.

‘If we ask them on the door if they are together and they lie to us, we then stop them while they’re walking around the shop and ask one of them to leave.

‘We have no issue with you doing shopping for you mums, all that we ask is that once you’ve done yours, then you let the next gentleman [Mr Jones] to come in and do his shopping.’ 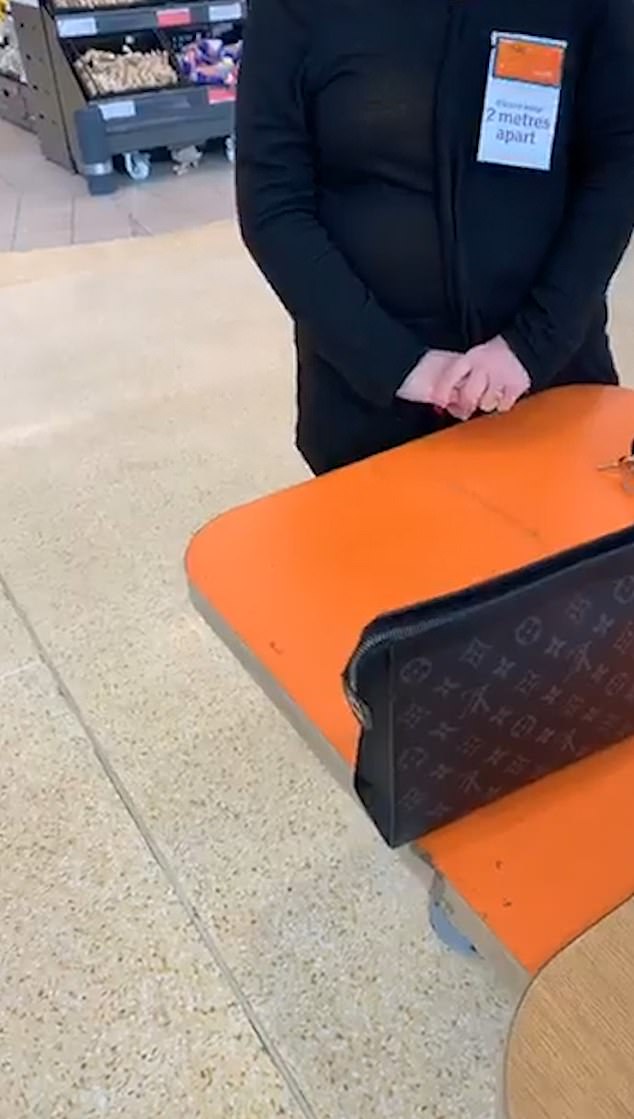 The couple approached the store manager, who said that they had to do their shopping one after the other

Mr Holliday then stated the security guard that separated them was not doing his job properly and had an attitude problem.

After the incident, the RSPCA worker told the Metro.co.uk: ‘The way we were treated was so humiliating and embarrassing – the whole store looked at us as if we were criminals.

‘I understand it’s maybe not the norm to everyone to see two men shopping together, and if I was questioned and my response was accepted it wouldn’t have been an issue.’

A Sainsbury’s spokesperson maintained that the supermarket is an inclusive retailer and asks that only one member per household comes into the store to do their shopping.

They said:  ‘We’re asking all our customers to send one adult per household to do their shopping where this is possible.

‘This is to help us keep everyone safe and serve more households in less time. We are sorry for any confusion this may have caused.’