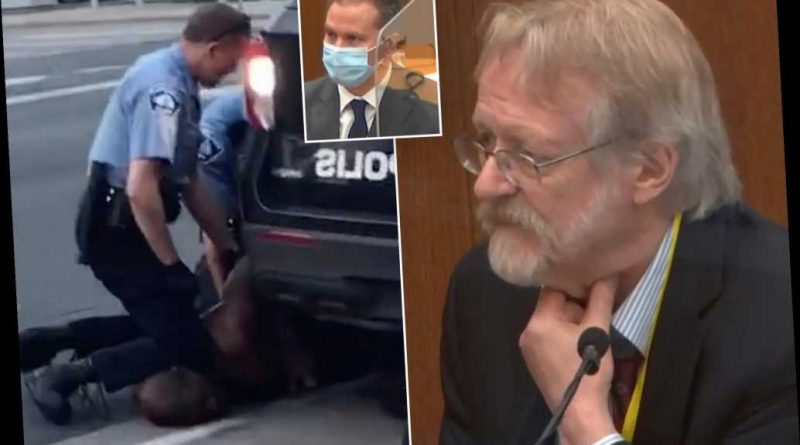 Why old books get new attention and other commentary

Dr. Martin Tobin delivered the damning testimony on the ninth day of Chauvin’s trial for the May 25, 2020, killing of Floyd, who was arrested for passing a counterfeit $20 bill.

“Mr. Floyd died from a low level of oxygen and this caused damage to his brain that we see and it also caused a PEA [pulseless electrical activity] arrhythmia that caused his heart to stop,” Tobin said.

The combination of Floyd, 46, being held face-down on the street, handcuffed behind his back and Chauvin’s knees pressed against his neck and shoulder for 9 minutes and 29 seconds made it impossible for him to breathe, the Dublin-born doctor told jurors in Minnesota’s Hennepin County District Court.

“It was almost to the effect that a surgeon had gone in and removed the lung,” Tobin said. “It’s like the left side is in a vise … there was very little opportunity for him to get any air into the left side of his chest.”

During the deadly encounter, Floyd said “I can’t breathe” 27 times and called out for his mother before he stopped moving.

“When you have to breathe through a narrow passageway, it’s like breathing through a drinking straw but it’s much worse than that,” said Tobin, describing how Floyd tried to gasp for air while his airway was constricted.

Tobin, who specializes in pulmonary and critical care medicine, reviewed the haunting footage of Floyd’s arrest — which went viral and sparked national and worldwide protests — to reach his conclusions.

“At one point in the video, Chauvin shifted his knee, putting greater pressure on Floyd’s airway,” the doctor said. “Half of his body weight and half of his gear weight, that’s 91.5 pounds, is coming down on Mr. Floyd’s neck,” he told jurors.

Chauvin, 45, kept his knee pressed against his neck for more than four minutes after Floyd had gone limp.

Prosecutors have argued that Chauvin used “excessive and unreasonable” force, while the defense contends that Floyd died as a result of drug use and a heart ailment. He had fentanyl and speed in his system at the time of his death.

Three other former Minneapolis police officers — Tou Thao, Thomas Lane and J. Alexander Kueng — are due to stand trial on charges of aiding and abetting murder and manslaughter in the case.