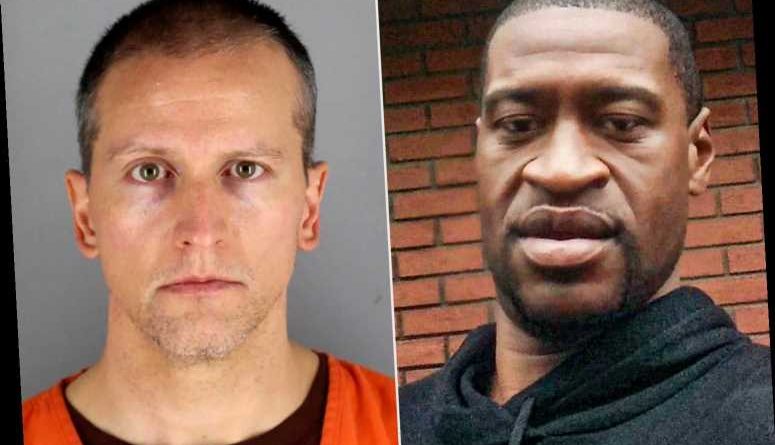 The world knows George Floyd as the Black man whose agonizing death caught on video — as a white police officer pressed a knee into Floyd's neck for 8 minutes and 46 seconds — sent millions into the streets in protest and helped galvanize a movement against police brutality.

His sister, LaTonya Floyd, knows him as the kid brother she taught to sing a favorite song: the REO Speedwagon hit "Keep on Loving You."

"We used to sing the heck out of that," she tells PEOPLE in this week's issue. "The last time I talked to him on the phone, we sang 'Keep on Loving You' together. It makes me cry every time I think about it."

To read more about how George Floyd's siblings remember him, pick up the latest issue of PEOPLE on newsstands Friday, or subscribe here.

On Monday, Floyd's May 25 death will take center stage again as the since-fired officer, Derek Chauvin, goes to trial in a Minneapolis courtroom on charges of second-degree murder and manslaughter. Three other now-former officers on the scene — Thomas Lane, Tou Thao and J. Alexander Kueng — will be tried later this summer on charges of aiding and abetting second-degree murder and manslaughter. All have pleaded not guilty. But the very public incident, which unfolded as George was being detained for allegedly spending a counterfeit $20 bill, still remains a very personally felt loss for LaTonya, 52, an upholsterer in Houston, and others in the Floyd family. "He called me 'Chief,'" says LaTonya, who called him "Floyd." "We were close. We just laughed. That was my best friend."

George, 46, had three brothers and three sisters, several of whom banded together to launch the George Floyd Memorial Foundation with the stated mission "to promote global awareness of racial injustices and provide opportunities for others to contribute to the unification of our communities." His sister Bridgett Floyd, 30, is the foundation's president and chairwoman.

"His legacy is his spirit, his personality, his character, who he was," Bridgett says of her brother. "And the person that he was, we will fulfill and keep that forever alive." The foundation aims to provide college scholarships and created an internship program at George's alma mater, Texas A&M University-Commerce, in his name. It also supports a recently renewed effort in Congress to pass the George Floyd Justice in Policing Act, which would ban chokeholds by federal law enforcement and create a national registry maintained by the Justice Department to document police misconduct.

"I had no idea that my brother would be someone that could make history," says Bridgett. "I'm talking about, like, a Martin Luther King history. That's deep for me to wake up to every day."

She also recognized him — and found comfort — in the oft-told tales of her brother's kindnesses, following his past struggles with addiction and time spent in prison for armed robbery.

"If you don't have a past, you can't learn," she says. "My brother went out and spoke to kids on the block, took kids to get baptized, did speaking engagements at basketball, at the gyms. He had already been down a road that he didn't want to go down anymore, and when he saw kids on he block making the craziest decisions, he felt like he needed to do something about it. That's just who he was."

Within the extended family, George had sway as well. "He wouldn't allow people to go on without talking for long periods of time. If anything needed to be nipped in the bud, he was the pusher," says Bridgett. "I've learned that we don't have that family mediator to bridge the gap between us sometimes any more, and without him being here, you can really tell."

A former healthcare worker, she is now a speaker and activist in her brother's name. "I wasn't prepared for this," she says, "but God had other plans."

"This has been very hard for me, but I get up every day and I put my boots on and I do anything I can to keep my brother's name alive, because I know he would do it for me," she says.