‘I was so humiliated and so broken’: Georgina Chapman breaks her silence on estranged husband Harvey Weinstein’s sex assault scandal saying she was ‘terribly naive’, has moments of rage and cries for her children

Harvey Weinstein’s estranged wife Georgina Chapman has broken her months-long silence about his sexual assault scandal saying she was ‘terribly naive’ about the disgraced film producer.

The 42-year-old, who has filed for divorce from Weinstein, told Vogue that she has moments of rage about her estranged husband’s behavior and now cries for the couple’s two children.

The British fashion designer said she worries mostly about their two children – India, 7, and Dashiell, 5 – and the effect the scandal will have on them.

‘I have moments when I just cry for my children. What are their lives going to be? What are people going to say to them?’ she said in tears.

‘It’s like, they love their dad. They love him. I just can’t bear it for them!’ 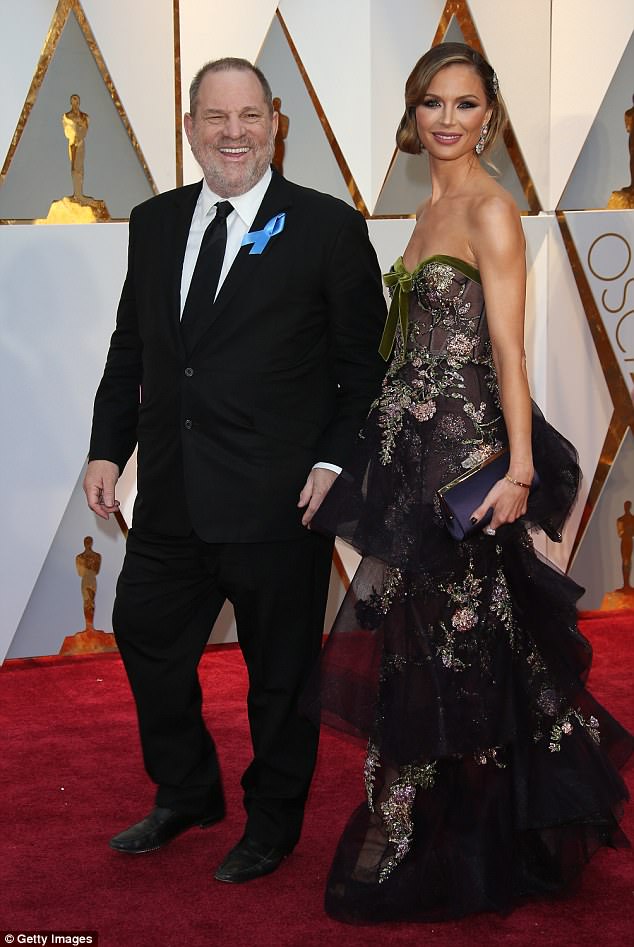 Harvey Weinstein’s estranged wife Georgina Chapman has broken her months-long silence about his sexual assault scandal in an interview with Vogue. They are pictured together at the Oscars in 2017

Asked if she was ever suspicious about Weinstein’s behavior, Chapman said: ‘Absolutely not. Never’. She added that he frequently traveled for work and she had never obsessed about where he was.

‘That’s what makes this so incredibly painful: I had what I thought was a very happy marriage. I loved my life.’

Chapman, who co-founded the fashion label Marchesa, said she hadn’t offered up any of her dresses to celebrities for the past awards season.

‘We didn’t feel it was appropriate given the situation. All the women who have been hurt deserve dignity and respect, so I want to give it the time it deserves. It’s a time for mourning, really,’ she said.

‘A lot of people reached out and said, ‘Let me wear something’,’ she added about her loyal followers. Scarlett Johansson wore a Marchesa gown to this year’s Met gala.

Chapman added that she had shut herself off from the world in the five months after the scandal first broke and hadn’t been out in public since.

‘I was so humiliated and so broken… that… I, I, I… didn’t think it was respectful to go out,’ she said.

‘I thought, Who am I to be parading around with all of this going on? It’s still so very, very raw. I was walking up the stairs the other day and I stopped; it was like all the air had been punched out of my lungs.’ 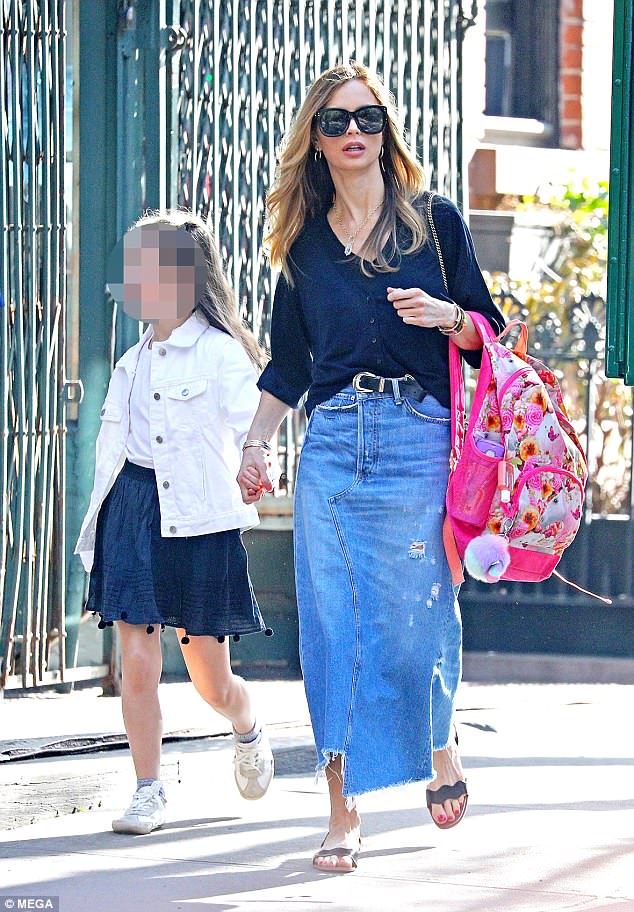 Chapman, above with her daughter India in Manhattan last week, said she fears for her two children in the wake of their father’s sexual assault scandal 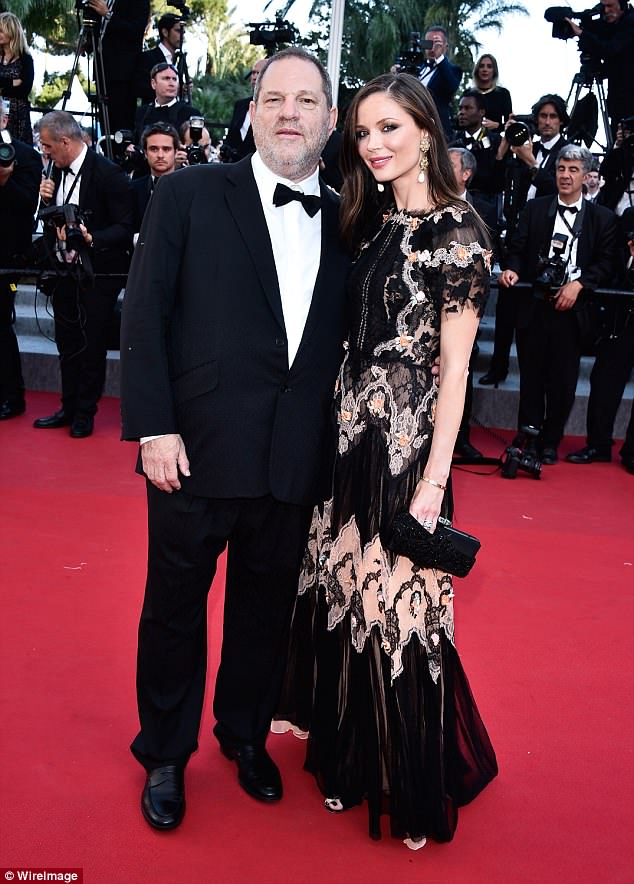 Chapman and Weinstein reached a divorce agreement back in January after a decade of marriage. They are pictured above at the Cannes Film Festival in 2015

The couple’s six-story home in New York’s West Village, which has recently been sold, has now been stripped of anything Weinstein-related, Vogue reporter Jonathan Van Meter noted.

Chapman and Weinstein reached a divorce agreement back in January. The prenuptial agreement she signed will reportedly pay her out between $15 and $20 million after 10 years of marriage. She will also get custody of their daughter and son.

When the allegations against Weinstein first became public in a series of exposes in the New York Times and The New Yorker, Chapman said it took about two days for the scandal to sink in.

‘I lost ten pounds in five days. I couldn’t keep food down,’ she said.

‘My head was spinning. And it was difficult because the first article was about a time long before I’d ever met him, so there was a minute where I couldn’t make an informed decision. And then the stories expanded and I realized that this wasn’t an isolated incident. And I knew that I needed to step away and take the kids out of here.’

She fled to Los Angeles and eventually back to London where her parents live.

Chapman noted that she had become friends with Huma Abedin, the estranged wife of disgraced politician Anthony Weiner, in the months before the Weinstein scandal broke. 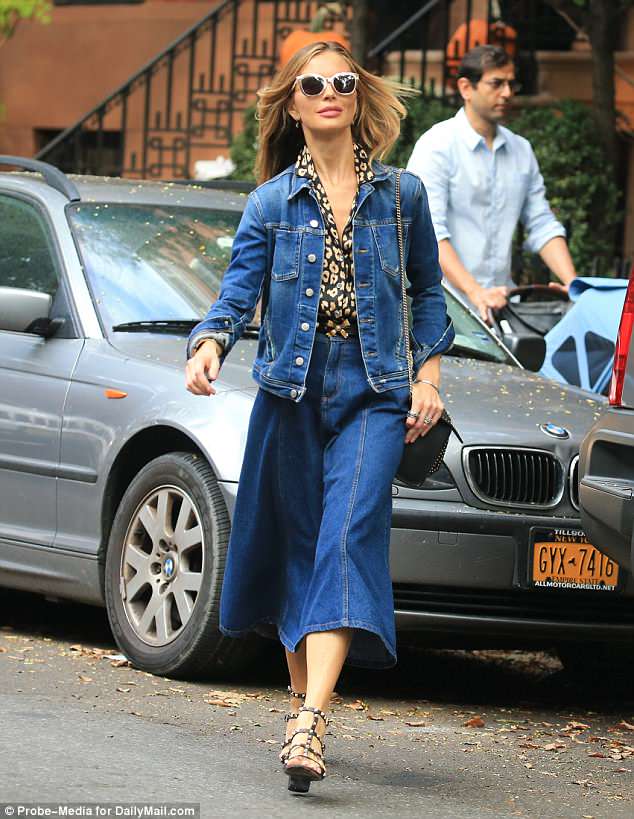 Asked if she was ever suspicious about Weinstein’s behavior, Chapman (pictured above in November in New York) said: ‘Absolutely not. Never’ 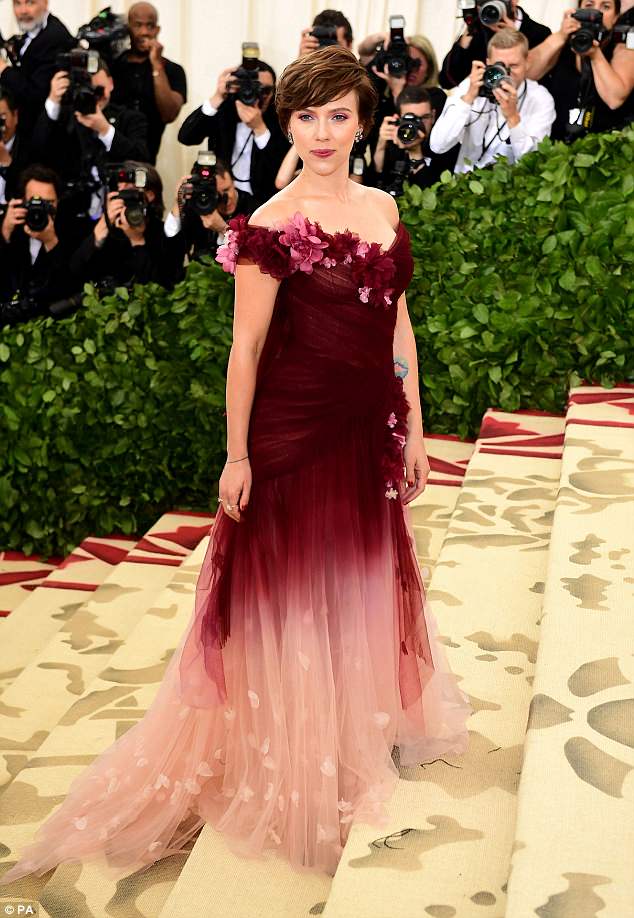 Chapman, who co-founded the fashion label Marchesa, said she hadn’t offered up any of her dresses to celebrities for the past awards season. Scarlett Johansson wore a Marchesa gown to this year’s Met gala

The pair got to know each other during playdates between their sons.

Abedin, who was also interviewed by Vogue, said their relationship strengthened in the wake of the sex assault claims.

‘This particular club, ironically, it’s not such a small one: women who have had to endure it in such a public way, women like Georgina and me.

‘People don’t feel sorry for us; you don’t get that empathy. People think you’re beautiful, you’re thin, you’re rich, you’re photographed on the red carpet, and you get stuck in this category. There’s so much more depth beyond all that with Georgina.

‘You look at her from the outside, if you don’t know her, and you think, She’s perfect.

‘She could be a model for the clothes she designs. But when you go to the house, she opens the door without any makeup on, and she’s stunning, and she’s funny and goofy with her children – who are clearly the most important people in her life.

‘She’s at the stove making chicken fingers and French fries, and she’s one of the realest people I know. There’s nothing entitled about her. You believe she is someone who works really hard at being a good and present mom, and doing her job really well.’

Chapman said she is currently seeing a therapist but it took some time because she was too shocked.

‘I somehow felt that I didn’t deserve it. And then I realized: This has happened. I have to own it. I have to move forward.’

She plans to move to a farm in upstate New York with her two children. 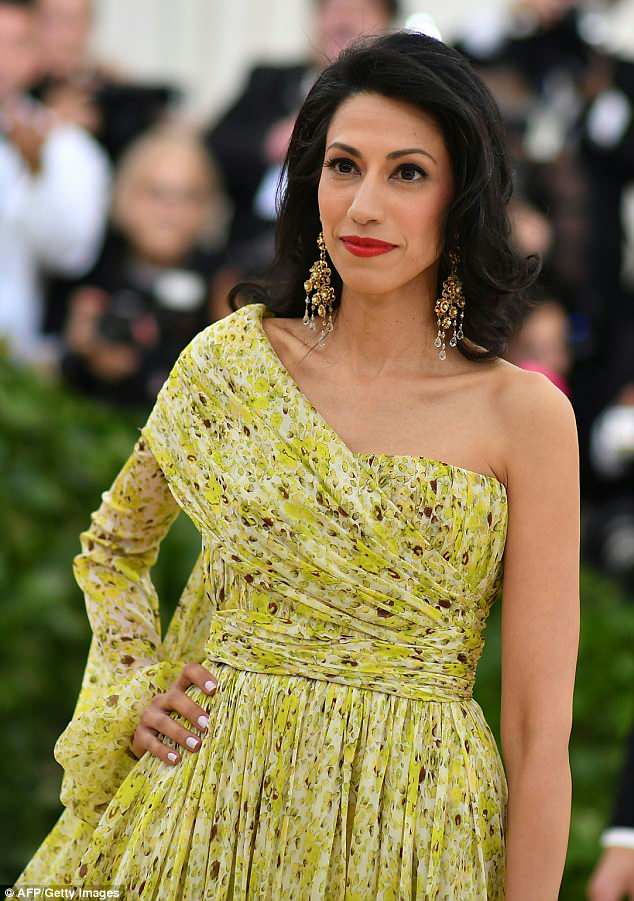 Chapman noted that she had become friends with Huma Abedin, the estranged wife of disgraced politician Anthony Weiner, in the months before the Weinstein scandal broke. Abedin is pictured above this week at the Met gala