German police on Tuesday said they detained a man suspected of leaving a human head in front of the Bonn district court.

A body was found a few hundred meters away on the Rhine River. Police said they believe the body belongs to the severed head.

The 38-year-old suspect is from the Bonn area, the police said.

Police said no suspicious activity was reported in the area, and they are seeking witnesses. 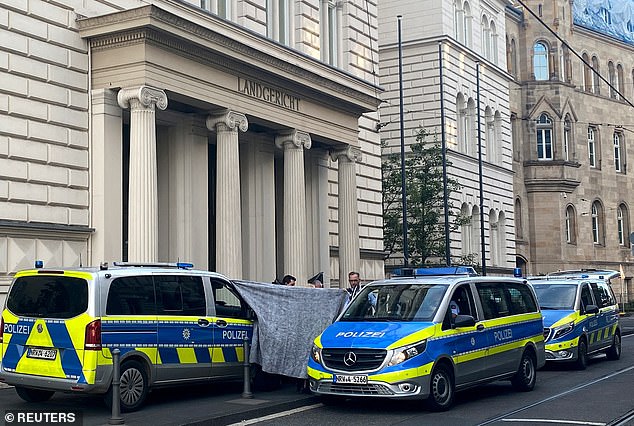 The scene outside the courthouse in Bonn, where a human head was found earlier tonight