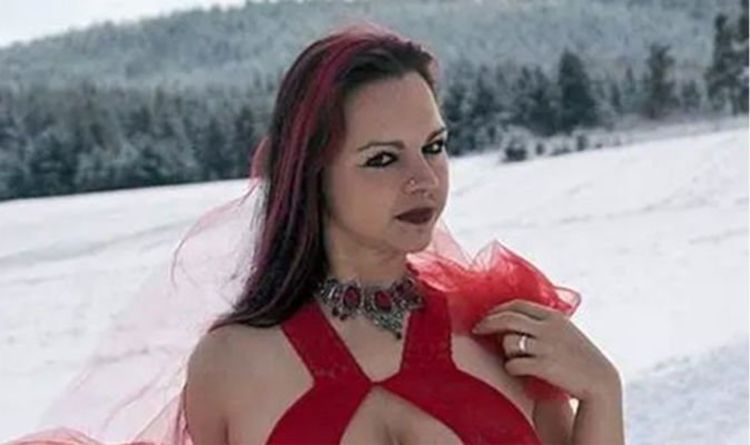 The 36-year-old was attacked on Tuesday at a retirement home for show animals in Nebra, eastern Germany. German tabloid Bild have named the victim as animal lover Jessica Leidolph.

After entering the enclosure, she was assaulted by Troja, a 16-year-old leopard.

Ms Leidolph was bitten repeatedly around her head, and ended up losing consciousness.

Speaking to Bild she said: “It repeatedly kept biting my cheek, ear and head.”

When she woke up the helicopter was arriving to take her to hospital.

Ms Leidolph was airlifted to hospital, whilst bleeding heavily, and immediately operated on.

She was later told she is likely to have scarring for the rest of her life.

Troja shared the pen with Paris, another leopard aged 18, who did not participate in the attack.

There were initial local media reports that a leopard had escaped the enclosure, but these were incorrect.

Steven Muller-Uhrig, a spokesman for Burgenland District where the animal is based, confirmed there was no threat to the wider public.

He explained: “The animal never broke out.

“There is currently no danger to the population.”

Birgit Stache, the 48-year-old owner of the leopards, is being investigated on suspicion of negligent bodily harm according to the German DPA news agency.

Officers are attempting to establish exactly what happened at the photoshoot before the attack took place.

On Wednesday the site was visited by a public health officer, to assess whether the leopards were being held securely.

According to the Daily Mail both Troja and Paris previously appeared in an advert for tech giant Panasonic.

The paper reports local authorities could strip Mr Stache of his licence to run the show animals’ retirement home.

Leopard attacks on humans have been recorded from both wild and captive animals.

Speaking to National Geographic Imogene Cancellare, a conservation biologist, said: “These are animals whose brains are literally designed to be ambush predators.

“There is no scenario in which entering a space with a big cat is going to be 100 percent safe, even if it’s been hand-raised.

“At the end of the day, in my professional opinion, there is nothing you can do to make a tiger or lion or jaguar love you enough to overcome its predatory instincts that can turn on a dime.”
Source: Read Full Article