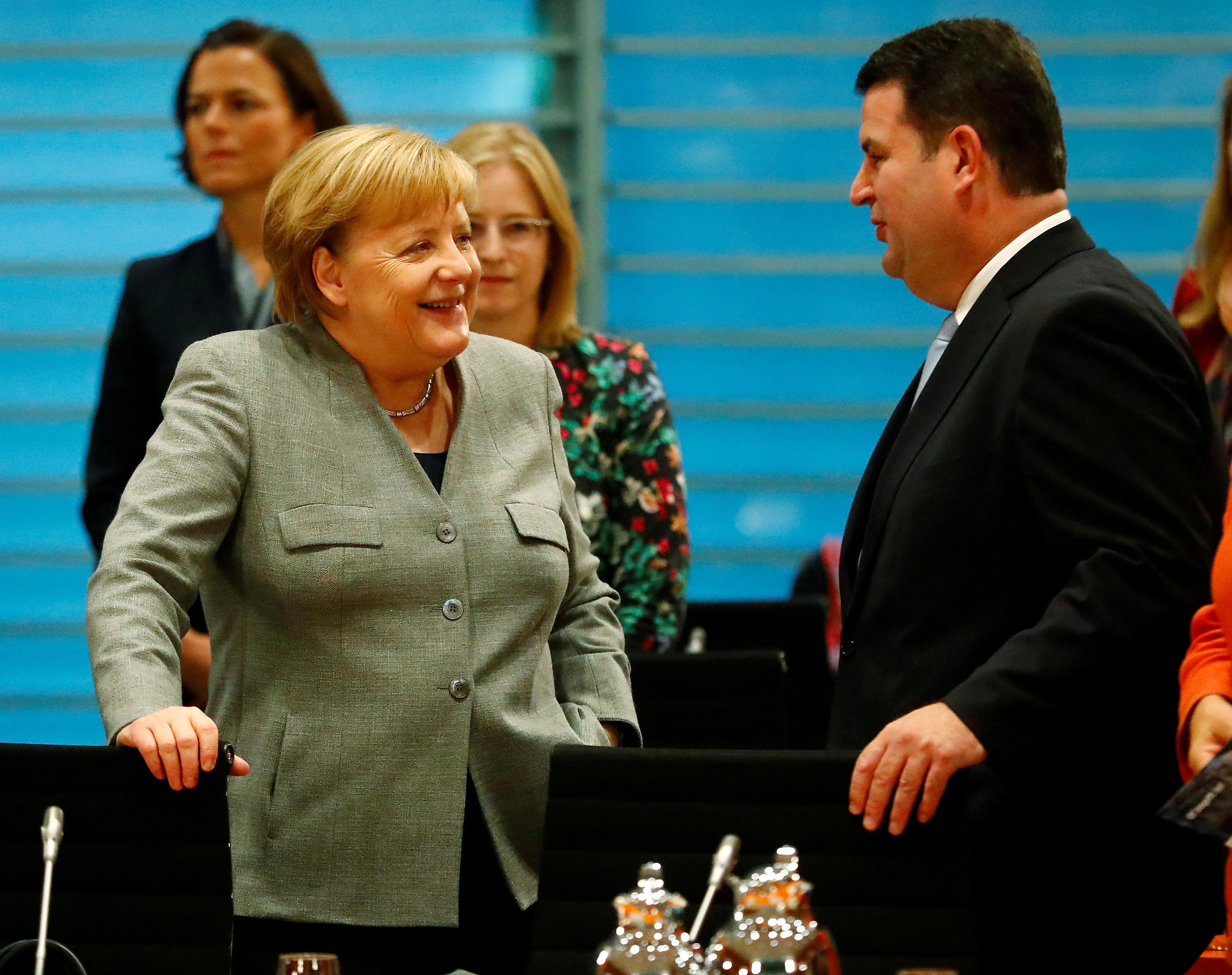 BERLIN (Reuters) – A deal on a higher basic pension for low-income workers that Germany’s ruling parties clinched on Sunday shows their alliance can deliver results and should carry on governing, senior officials from both camps said.

Disagreement over the basic pension, or Grundrente, was the latest issue to test the awkward coalition between Chancellor Angela Merkel’s conservatives and their Social Democrat (SPD) partners, until they broke the deadlock on Sunday.

The SPD needed to secure a deal it could sell as a social milestone at a Dec. 6-8 party congress, where it will decide whether to stay in the coalition. Some members, worried by the party’s falling ratings, want to rebuild in opposition.

Failing to reach a deal would have threatened the collapse of the government. But Labour Minister Hubertus Heil called the pension package “a good solution” and said it showed the coalition could deliver results.

“And if the coalition in this country is dealing with what concerns people then, in my view, it should continue to work,” he told broadcaster ARD on Monday. “It was a good day. It showed the ability to act,” he added of Sunday’s agreement.

The package, sealed during talks that lasted more than six hours, also includes lower contributions to the public unemployment insurance scheme and the creation of an investment fund to support local high-tech start-ups.

Markus Soeder, leader of Merkel’s Bavarian CSU allies, said on Sunday: “In my view, there is no reason any more to discuss the continued existence (of the coalition).”