Home » World News » Get cooking: A recipe for Chilled Fennel and Leek Soup 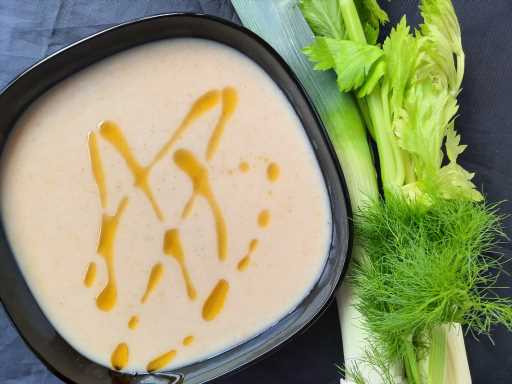 On July 14, 1789, disgruntled citizens of Paris stormed the Bastille, a fortress on the east side of the city that was, at the time, headquarters to the city’s loathed police, a former prison stockaded capriciously by generations of French kings and a depot of gunpowder much sought after by those same citizens.

Thence, this date marks the French Fourth of July, that country’s day of independence and the launch of the French Revolution.

It also was a bread riot.

In 1789 (and during many of the years preceding it), upwards of 95 percent of a peasant’s or poor city dweller’s caloric intake was grain, mostly in the form of bread or gruel. The average lower-class Parisian of 1789 ate around 3 pounds of bread per day.

Because those in control of grain — certainly not the lower classes — played fast and loose with the price of grain, especially wheat (and furthermore hoarded it, often in the Bastille itself), not only bread but all foodstuffs were scarce or outside the purchasing power of the less empowered. The central trope of Victor Hugo’s “Les Misérables” is the arrest and incarceration of Jean Valjean for stealing a loaf of bread.

In a very significant way, when French persons today line up to buy their daily baguette, their purchase is a persistent, recurrent vote for the freedom that was bought for them in 1789.

And well beyond the epitome of bread worldwide, what wonders the French have given the world of food and wine since then. It’s a history as thick and delicious as a homemade mayonnaise (which, of course, they also taught us to make).

Just see all the French kitchen or culinary terms that we and others across the globe use in common eating and drinking speech: apéritif, bisque, pâté, roux, flute, au jus, hors d’oeuvres, to blanch, to julienne, flambé, nouvelle cuisine, gratin, crouton, terrine, restaurant, entrée, crêpe, bouquet garni — you get the idea.

In the world of wine, perhaps more than any other country, France matters both to the historical development of fine wine and winemaking as well as to the central idea that place matters to growing wine grapes. Other countries, including our own, have contributed much to the same spheres of wine, but again the mere marching soldiers of words drum home here the significance of France: cru, cuvée, sommelier, rosé, terroir, dégustation, brut, cave, dosage, appellation, triage and on and on.

The first restaurants, as we know them, were birthed in Paris around the time of the Revolution and such public tables were decidedly symbols of the tripartite “liberté, fraternité, égalité” where citizens ate with other citizens as (roughly) equals, an activity that was completely novel for those days. History inherited from France, by and large, this normative way of eating outside of the home.

Such tables and their restaurants, in that same egalitarian spirit, even forbade tipping, another legacy that perdures to this day. Restaurants ruled after the Revolution. The 1791 French Penal Code gave equal punishment to stealing from a restaurant as from a home (but not from a market or other business, ha).

It was not mere freedom that was loosed on France on July 14, 1789. When the highly stratified ways of cooking and eating became less elitist, less courtly or royal, a bevy of well-trained and skilled chefs also were set free (a euphemism for “unemployed”). They vastly improved the quality of the emerging restaurants and kitchens. Massialot, Menon, Carême, Escoffier — again, the pulse of words.

And down through the decades since. If we’ve traveled to France, we’ve all eaten well, or indeed simply gone there for that purpose alone. We honor French cooking and the history of French cuisine in a way that we honor all forbears: for the gifts that they have given us, the lessons that they have taught us, the formations of ourselves that they have performed. And we don’t merely “let” all that happen; we choose for it to happen and want it so.

The recipe here is one that my own family has passed down for years. It is especially delicious on or around the 14th of July, as a warding off of summer’s heat. It is a turn on a classic French chilled soup called vichyssoise and contains many of a French cook’s go-tos — leeks, garlic, fresh vegetables, cream and stoc k— and butter. Always butter.