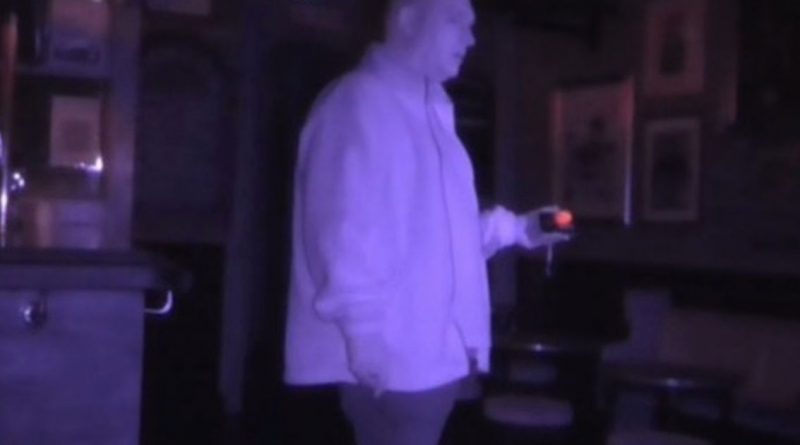 A team of ghost hunters have captured cries of ‘help, jealous and fed up’ on video whilst filming inside a ‘haunted’ Liverpool pub.

The Youtube ghost hunting team say they encountered unknown voices and a cold atmosphere while exploring a local pub in the city centre.

Just earlier this week, we reported a woman who sighted an eerie 'ghost' on camera that 'haunts' an old mill in Hull, Yorkshire.

Civil servant Chris Cummings and teacher Adam Billing are paranormal investigators who document and post their finds to their YouTube channel, 'Haunted Scouse'.

They use their channel to explore the history of pubs, cemeteries and other parts of Merseyside.

In the latest episode, the ghost hunting team went along to Coopers, a famous Liverpool pub to investigate potential paranormal activity.

Chris, 44 and Adam, 35, use a device called an S-Box, which measures radio frequencies.

In the video, Chris can be seen trying to make contact with spirits via the S-Box which shouts out ghostly screams of ‘jealous, fed up, cards and help’.

Speaking to the Echo, Chris said: “We started off with what’s called an S-Box, which is like a radio which scans the frequencies to allow spirits to come through and speak.

“It builds up a bit of an atmosphere whichever building we are in. We don’t force anything, we play it out and then ask questions and then listen.

“We don’t claim we have made contact with spirits but you do start to ask the question what is it that we did experience?"

In one part of the video Chris holds up different cards from a deck which he was using as a technique to get responses.

He added: “If you go to the end of the video there is a bit where we involved the playing cards and we put the S-Box on again and this time we sat in the back of Coopers, just me and Adam.

“And as we’re talking I just came up with the idea of trying to get any relevant responses if I hold up playing cards.

“I held up three cards, the ace of clubs, the eight of clubs, and the six of clubs.

“We get clear responses coming through. The first one tells me when I ask what card it is that I’ve got ‘the ace of clubs’. Clear as anything it comes through on it.

The YouTubers were invited along by landlord Maria Hodges who gave a history and told stories of her experiences in the hour long video.

Chris explained the name Jane also came through on the S-Box which has an association to landlord Maria.

He said: “It was good for Maria and Kerri (daughter of Maria) because we did get the name Jane through, which is unfortunately Maria’s daughter that sadly passed away.

“We also got a clear response of a gentleman introducing himself as John and John was Maria’s husband who sadly passed away about nine years ago.

“So it was nice to include them in the episode and before we even investigated we asked them to bring photographs so we could include that personal aspect of it.

Chris also described the cold atmosphere and energy levels that set in during filming.

Chris added: “Kerry, a different Kerry, the woman who lives upstairs, she started to talk about her hands feeling cold so we were having a conversation about how the temperature had dropped.