It may not have been how she planned, but Alyssa Nakken made MLB history on Tuesday night.

Nakken became the first woman in league history to coach on the field in a regular season game. The San Francisco Giants assistant replaced Antoan Richardson at first base in the third inning after he was ejected during their game against the San Diego Padres at Oracle Park.

Taking over as tonight’s first base coach:

Alyssa Nakken made history tonight by becoming the first woman to coach on the field in an MLB game.

Nakken first joined the Giants’ baseball operation's department as an intern in 2014. She was named an assistant coach before the 2020 season, which made her the first woman to serve as an assistant in a full-time capacity in the league.

She’s appeared at first base multiple times in the past, but only in exhibition games.

“My insecurities are I’m kind of young and haven’t coached at the major league level before. It’s never because I have a ponytail. I hope that can be an impact. I look forward to the day it’s not a big deal a woman is on the field of a Major League Baseball game.” 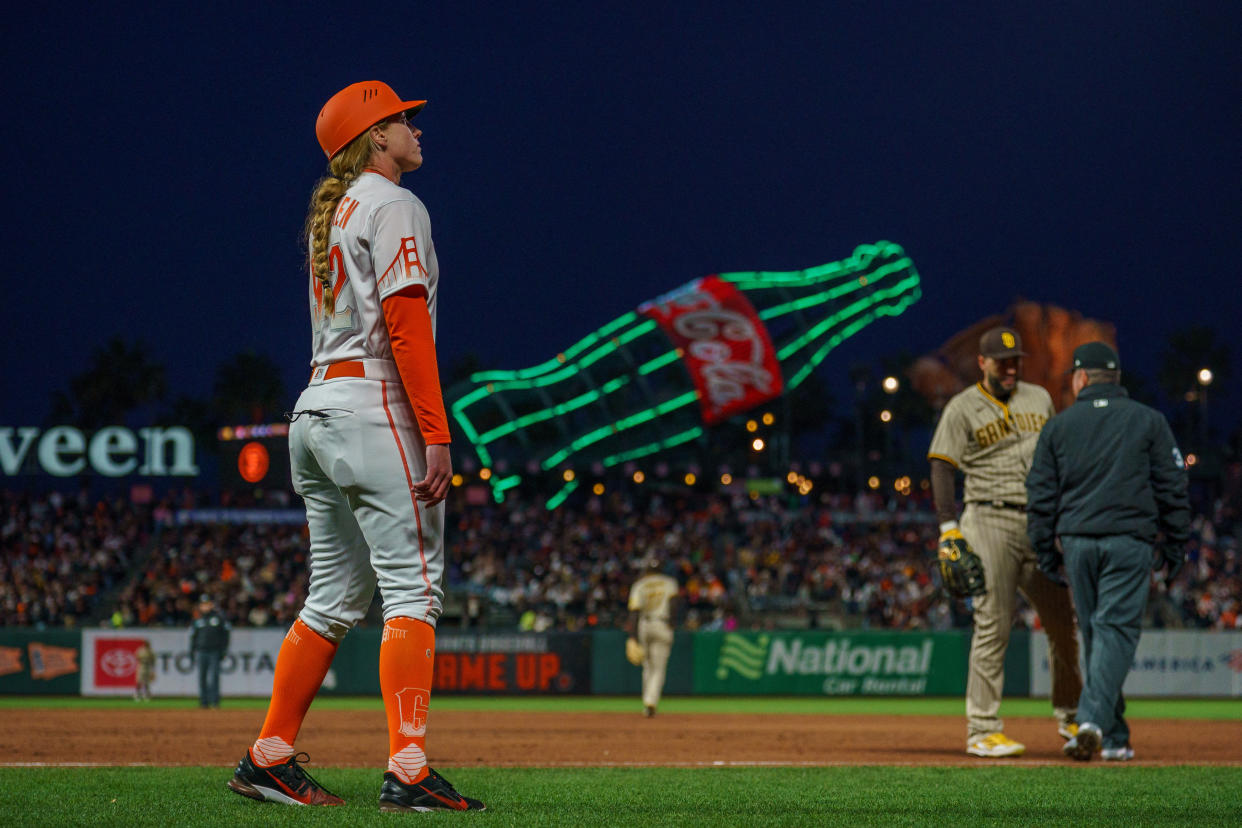