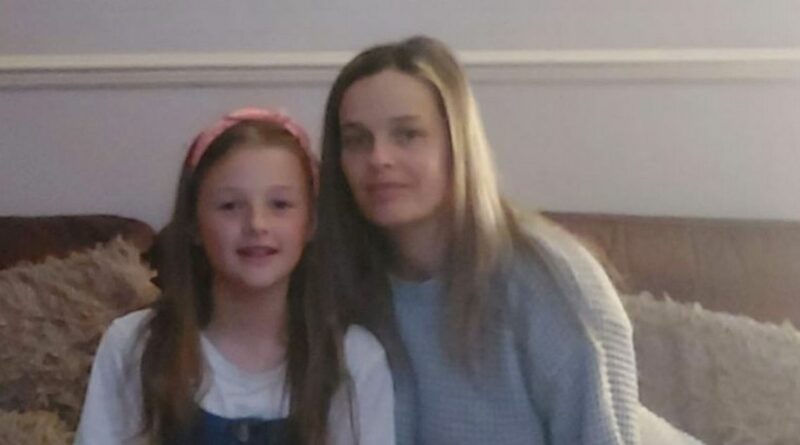 A 10-year-old girl and a pet dog received painful burns last week from a mysterious spillage on a North Yorkshire street.

Last Friday, Macie Hughes, 10, and a pet dog belonging to another family, both received treatment after separate encounters with the substance – thought to be dry ice – on Falsgrave Road, Scarbrough.

Macie’s mother Lisa Hughes, 44, said that the family were returning from a trip to a Chinese restaurant when they came across what appeared to be a pile of snow around two feet in diameter outside Alleyways Fish and Chips, YorkshireLive reports.

Lisa remembered: "[Macie] said 'oh look mum there's snow' and as I said to her 'don’t stand in it' she walked through it."

After telling off her daughter, Lisa and her family got in their car to return home.

She said: "We’d set off to come back to Eastfield but she’d crossed her legs and whatever it was was on the bottom of her shoe and it touched two parts of her leg and she just instantly started screaming saying her leg was burning."

The family rushed home and put their daughter in the shower where they noticed that the burn was bubbling up in blisters.

At this point, they took her to A&E, where doctors administered a PH test, which was inconclusive due to the wound having been washed.

Lisa said that the doctors had reported the incident to the council, but that the pile was still there the following evening.

"It’s disgusting really, they’ve been made aware that there’s something harmful to people and they’ve not even bothered to go and look at it or get it removed," she said.

Macie was given antihistamines and E45 cream before being sent home.

Luckily, Macie’s injuries were minor, but it could have been much worse as that very evening, the Vernon family were walking their dog, Popsy, on their usual route, which passes Alleyways Fish and Chip Shop.

They too recalled seeing what they had thought was just regular ice, but after walking through it, Popsy immediately fell to the ground whining.

They took her to the vets, where the family were told that the dog had received serious burns to its paws, tail, and stomach.

Popsy was put on an IV drip and later sent home with a course of antibiotics. The next day, the family returned to Falsgrave Road to look for clues.

The chip shop claimed that they did not use dry ice for deliveries, but the family found a trail of the substance which they said led to a pizza restaurant.

After speaking to the owners and other shops nearby, they used CCTV to identify what they believe to be the offending delivery van.

Erica Vernon said that the family intends to take the supplier to Trading Standards.

As well as having struggled to eat and drink since the incident, the injuries have also triggered seizures for Popsy, who has epilepsy.

Erica reported the incident to the council and received a response that said that it did not fall under their enforcement remit under the Health and Safety at Work Act because the injury was to an animal.