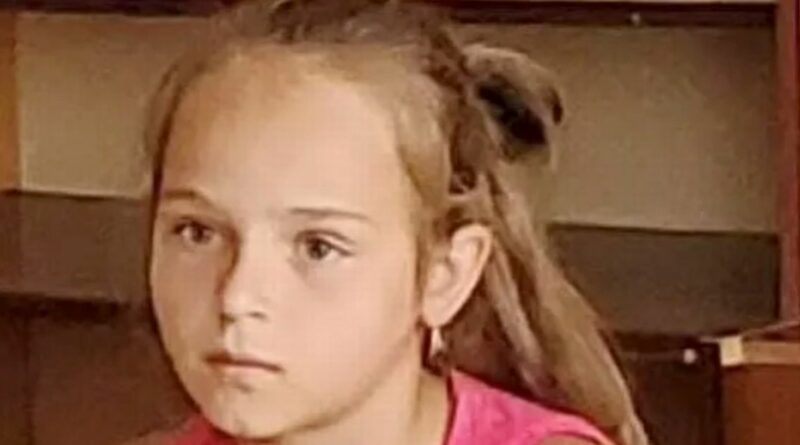 The family of a 10-year-old Ukrainian girl says that she was shot dead by drunk Russian soldiers when they were spooked by the sound of a gunshot and began firing at random.

Anastasia Stoluk, from Shybene, about 40 miles north of Kyiv, was killed on February 28, her cousin Anya Stoluk, 18, told The Times.

The soldiers also allegedly refused to allow Nastya’s mother, Luba, to go to the cemetery so she was buried in the garden.

Russian troops had arrived but everything was calm on the day the youngster died, Anya said. A day later, Anya was informed by a friend in the village that Nastya had been killed.

"They looted all the stores, of course they got a lot of alcohol … and got drunk and started shooting.

"They shot into Nastya's house, she was there with her uncle, and she died immediately. Her uncle was taken to hospital and we still don't have any information from him."

Ms Dmitrienko said soldiers had started shooting after a Ukrainian teenage boy found a gun and fired it in the air.

She added: "The soldiers heard it but since they were so drunk they didn't know where it was from so they just started shooting everywhere they could see.

“They shot in four houses and in one of those houses was Nastya."

Moscow has called its actions in Ukraine a "special military operation" as distressing photos emerge of bloodied children.

One photo shows a little girl covered in blood after the building she was in was hit by one of Vladimir Putin's bombs in Ukraine.

Ukrainians are continuing to flee their homes as the conflict escalates, with the Russian military slowly advancing towards Kyiv.