Home » World News » Girl, 10, mauled in horror shark attack tells how she ‘fought it and won’ 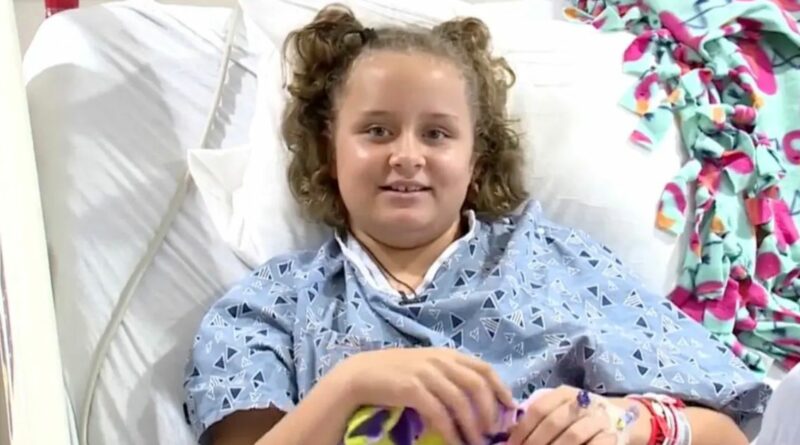 A 10-year-old girl has been left with part of her foot missing after a horror shark attack.

Jasmine Carney was swimming in the sea on a beach in Florida, USA, on Sunday (November 27) when disaster struck.

She was at the Hobe Sound Beach alongside her grandma and brother, and had gone off for a swim.

But suddenly she felt a searing pain in her foot.

She looked down and spotted an angry shark eating her.

Speaking to local news, she said: “Something grabbed me. It looked pretty big and it was grey – it hurt, so I’m like 'kick it and run away'. “I fought a shark and won.”

Having managed to scare the shark away by kicking it, she was able to get onto the beach and to the safety of her grandma.

He foot was pouring with blood, and will now take two months to full heal.

Stephanie Carney, her grandma, said: “She came running up that beach, screaming ‘Nana! Nana! Something bit me'.

“And I saw all the blood and I got the lifeguard.

“Jasmine had told her family for years that she was afraid something in the water would bite her, but had learned to enjoy playing in the ocean.”

A lifeguard managed to put the girl's food into a tourniquet in an attempt to stop the bleeding, and she was taken by air ambulance to a nearby hospital. The doctor who treated her, Dr Nir Hus, praised how “calm” the schoolgirl was.

Dr Hus said: “She was very positive from the get-go.

“There was a piece missing from her foot. Luckily for her, that was the only location she was bitten.”

Doctors found that the girl had suffered from deep tissue tears and lacerations, and was missing part of her foot.

She also had surgery on her ankle, and will take around two months to fully heal.