Global military spending hit its highest level since the Cold War in 2017 with £1.28trillion spent as China closed the gap on America

Global military spending hit its highest level since the Cold War last year as countries spent a combined £1.28trillion on their armies.

The spending represents an increase of 1.1 per cent on 2016 and was largely driven by China which has been increasing spending for two decades, the Stockholm International Peace Research Institute said.

By comparison US military spending remained largely static while Russian spending actually fell for the first time since 1988, the study found. 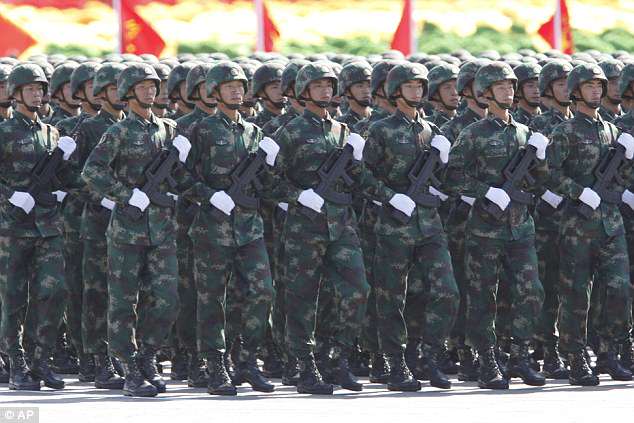 China increased its military spending by 5.6 per cent in 2017 as it continued to close the gap on America after two decades of continual increases 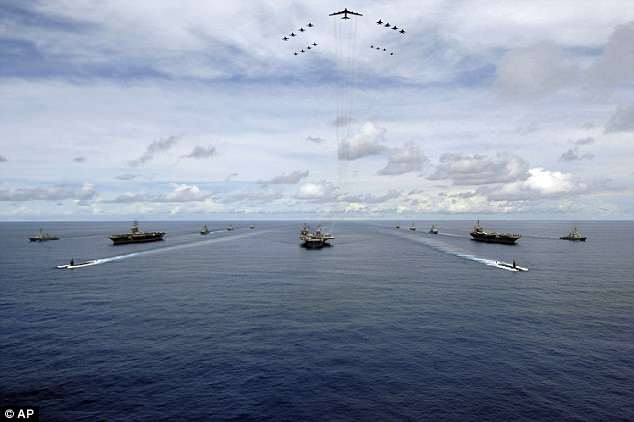 ‘China doesn’t want to be just a regional power; it wants to be a global one. China has big ambitions, and they’re reflected in its military spending.’

While Beijing is slowly closing the gap on Washington, the US easily spent the most overall and more than the next six countries combined.

In second place was China, followed by Saudi Arabia, Russia and then India. Taken together, the top five countries accounted for 60 per cent of the total spend.

Presenting the report, SIPRI chairman Jan Eliasson said that ‘continuing high world military expenditure is a cause for serious concern.’

He added that such high spending ‘undermines the search for peaceful solutions to conflicts around the world.’

Nan Tian, a SIPRI researcher said that, globally speaking, ‘the weight of military spending is clearly shifting away from the Euro-Atlantic region.’ 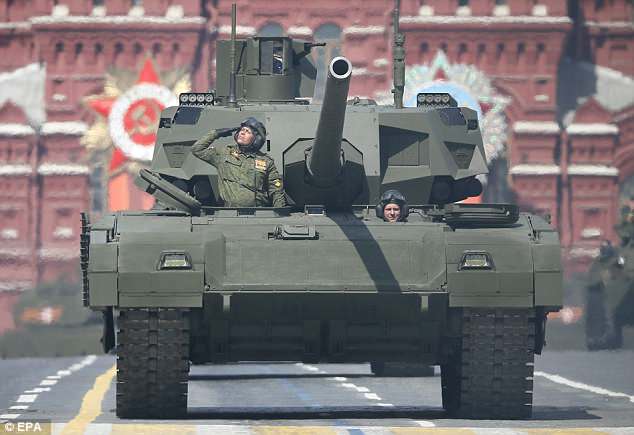 Russia’s spending actually fell for the first time since 1988 last year, though that came off the back of dramatic increases as it modernised its forces 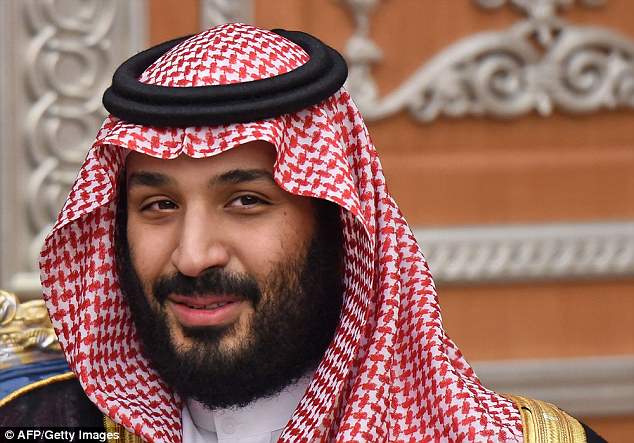 ‘The military budget has been restricted by economic problems that the country has experienced since 2014,’ Siemon Wezeman, another researcher with SIPRI, said.

Because of what is perceived as a growing threat from Russia, military spending in Europe increased in 2017.

Many European countries are members of NATO and, within that framework, have agreed to increase their military spending.

Total military spending by all 29 members was £660.5billion in 2017, accounting for 52 per cent of world spending.

SIPRI noted that Poland was by far the largest military spender in central Europe, accounting for 42 per cent of the region.

Romania’s military expenditure rose by 50 per cent – the highest rate of increase in the world – as it started to implement a military procurement, modernization and expansion plan.

Other notable increases in the region were those of Latvia and Lithuania, both of which increased their military spending by 21 per cent.

SIPRI is a Stockholm-based independent think tank, partly funded by the Swedish government. Created in 1966, its research is focused on global security, arms control and disarmament.