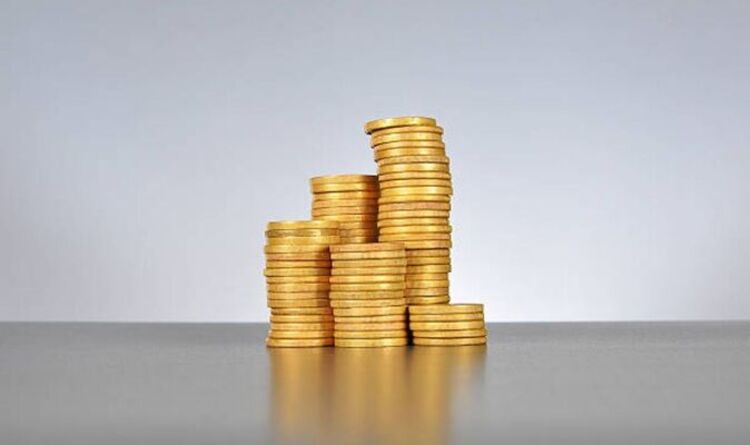 Russian invasion 'to take place at any moment' says expert

Spot gold prices went up past $1,900, sitting at $1,908.13 per ounce in the morning of Asia trading hours on Tuesday, far more than the $1,800 at the beginning of February. However UBS Investment Bank’s Joni Teves has predicted that the rise will be “short-lived”, with prices potentially falling as low as $1,600 by the end of the year.

Gold is considered a “safe haven” for investors during times of economic uncertainty, and the escalating tensions between Russia and Ukraine is a factor in the price increase.

Speaking to CNBC, Ms Teves said the gold market is expected to revert back to focusing on macro drivers such as real rates and growth outlook.

She said: “An environment where real rates are rising and the Fed [US Federal Reserve System] is tightening policy does provide a negative backdrop for gold.

“We do think that the strength should ultimately….be short-lived.”

The Federal Reserve System is likely to raise interest rates in March to help with inflation, which could negatively impact the price of gold.

She did point out that the upside risks for gold are rising.

She continued: “I think the key risk here is if we start to see reallocation into gold, with the expectation that although real rates are moving higher they are likely to remain in negative territory, and therefore an allocation to gold remains attractive.”

A diplomatic solution to the Russia-Ukraine conflict has yet to be reached, as Russian President Vladimir Putin sent troops into eastern Ukraine on Monday night.

He has declared the separatist regions of Donetsk and Luhansk to be independent states, yet he claimed the troops in the area would take on a “peacekeeping” role.

His actions have been widely condemned by Western powers, as President Joe Biden declared a ban on trade between the new separatist regions and the US.

Ukraine’s President Volodymyr Zelenskiy addressed his country in a televised speech, saying Ukraine was, “not afraid of anything or anyone” and refused to cede any territory to Russia.

A statement released by Ukraine’s Ministry of Foreign Affairs early Tuesday morning read: “The Ukrainian side understands Russia’s intentions and its objective to provoke Ukraine.

“We are taking into account all the risks and not giving in to the provocations as we remain committed to politico-diplomatic settlement of the Russian-Ukrainian armed conflict.”