The Good Morning Britain host launched into the rant after the video uploaded by "huntress" Kendall Jones from the National Rifle Association convention in Dallas emerged. 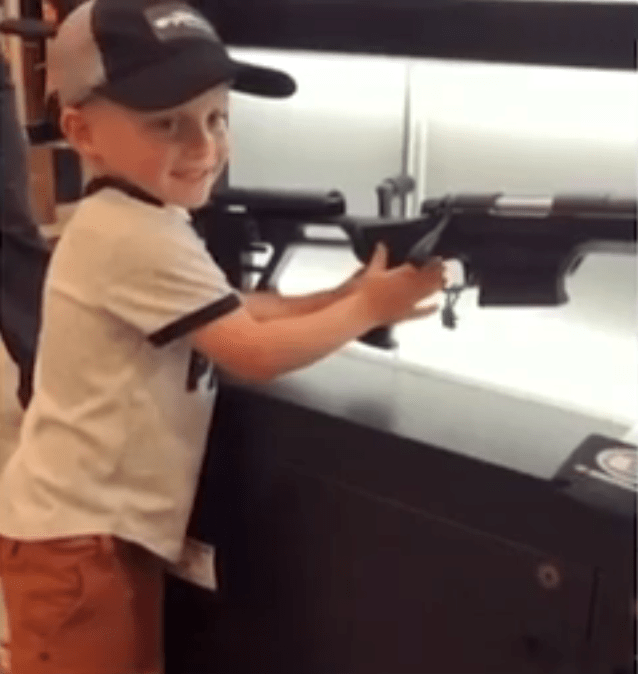 It shows the young boy smiling as he quickly loads the high-powered weapon while being encouraged by Kendall.

The lad even removes the magazine and reloads it – prompting the woman to ask for a high five.

After showing the "disturbing" footage on the ITV show this morning, Morgan said: "Millions of Americans will be watching this and think that is absolutely normal.

"I'm also sure there are millions of people in this country that will find this utterly horrifying that a boy of this age is effectively being taught and encouraged how to lock a load a rifle that can kill things." 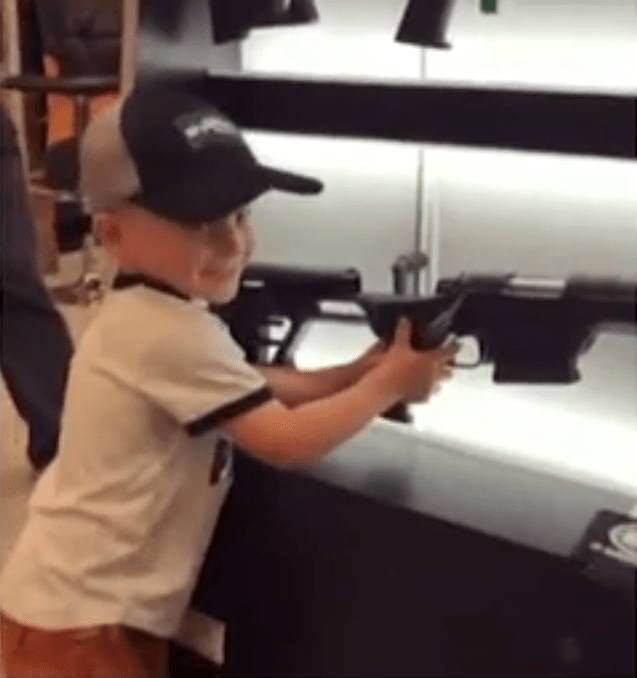 The video was posted on Twitter over the weekend by self-proclaimed "huntress" Kendall and has been viewed more than nine million times.

She can be heard asking the boy to show her what he can do with the assault rifle – demanding "do it again" when he locks it ready to shoot.

Kendall then says: "Take the magazine out" as the young boy smiles at her.

After giving the youngster a high five, she turns to the camera and says: "That is adorable".

Kendall, who sparked fury in 2014 when she was pictured posing with a dead lion, captioned the footage: "This video is INCREDIBLE!! Parenting done RIGHT". 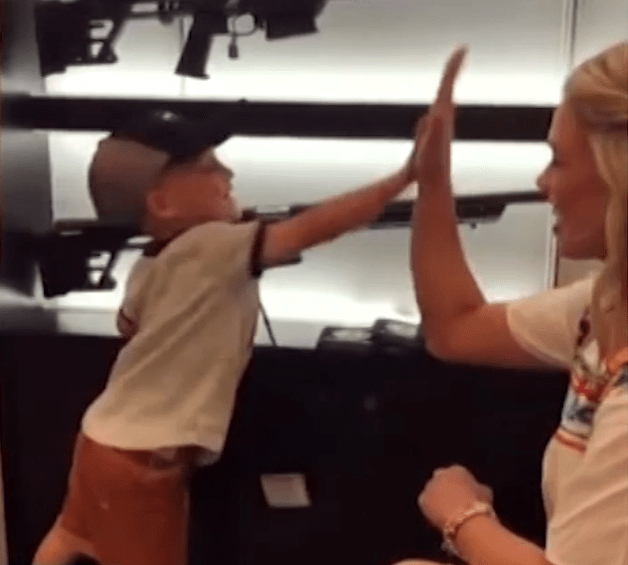 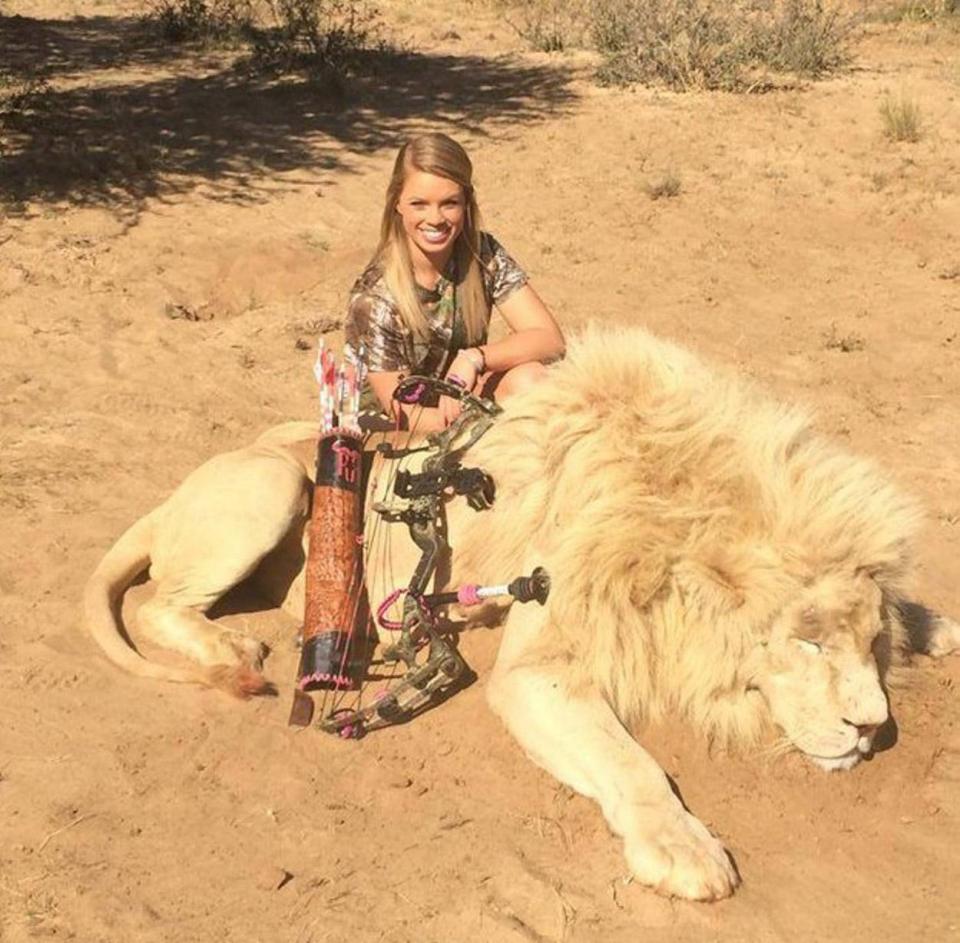 Morgan later had a fiery debate with pro-gun campaigner Dan Roberts after discovering the NRA weren't allowed to take guns into the conference where Donald Trump was speaking.

He said: "Why would the NRA allow its rights to be infringed at its own conference when there is nothing in the US constitution that allows the Secret Service to ban your guns.

"Why were you Mr Roberts not leaping up and down demanding your right to bear arms at your own conference?

The gun nut later claimed he wasn't concerned about people being asked to put down their weapons as he "didn't want to see" the president anyway.

Piers has previously blasted pro-gun campaigners on Good Morning Britain – including tearing into Roberts after the Las Vegas mass shooting.

And in February, he branded a NRA-supporting gun nut "ridiculous" during a furious debate following Donald Trump's comments about arming teachers with weapons.

He said: "You lot, on the NRA side, genuinely put your right to bear your assault rifles above the lives of children."