Home » World News » Gorbachev was ‘still a Russian patriot’, say those who knew him 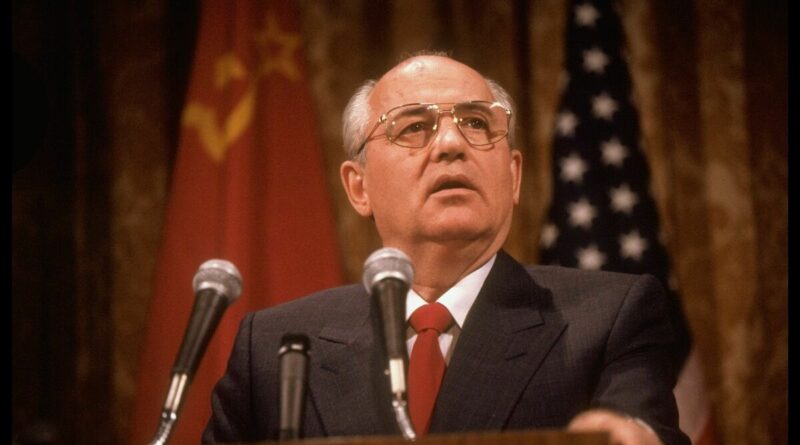 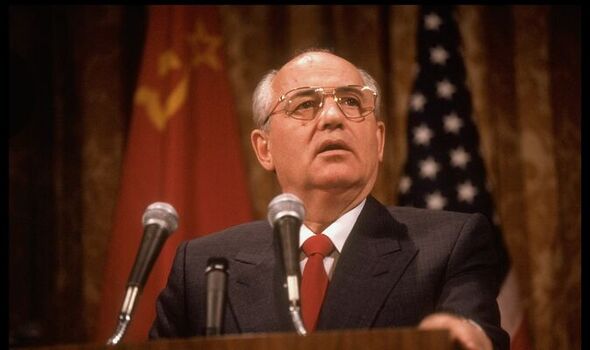 Pavel Palazhchenko became Gorbachev’s shadow over the years that saw the last leader of the Soviet Union transform the Socialist empire into a fledgling democracy and bring an end to the Cold War.

“It may seem contradictory, but Gorbachev was always a Russian patriot. He’s spent the last decades trying to explain why certain things happened,” said Mr Palazhchenko on Thursday, during a short break while at the Kremlin helping to organise the former premier’s funeral arrangements.

“He always knew that reforming Russia was a very difficult task, and I had profound respect and loyalty for him.

“My selection as his principal interpreter was an accident, but my decision to leave government service after he stepped down was one of the best decisions I made in my life. We remained close for the next 30 years and I was fortunate to continue to work with him and help him. We went through good days and bad days.”

Despite growing misgivings over the path that Vladimir Putin was taking, Gorbachev always outwardly respected him, said Pavel.

“He believed that any president deserves respect – after all he was a president himself – and he never set himself against Putin or the government,” he said.

“But yes, over time there were quite a few moments and decisions made by Putin that Gorbachev criticised openly.”

In March the 91-year-old, whose life had become a hostage to infirmities, stated that he thought Putin should stand down.

“Putin inherited a very difficult situation from his predecessor Yeltsin, but did a lot of useful work to preserve and consolidate the Russian state,“ said Gorbachev.

“He made mistakes but he succeeded in something very important. So I think that it was understandable that during the initial stages, he used authoritarian methods in leadership.

“But using authoritarian methods for future policy is wrong, Wherever you go, in Africa for instance, , you see leaders who ruled for 20 years or more, and the only important thing becomes holding on to power. I believe that this is something happening in Russia now.”

But his views of Putin’s actions in Ukraine were full of contradictions, said Fredo Arias -King, who collaborated with Gorbachev on many projects.

“When Putin came to power, Gorby was 100 percent behind him. In fact, it was Putin who invited him to the Kremlin for the first time since he lost power. Yeltsin wouldn’t allow him anywhere near,“ said Mr Arias-King.

“But then, instead of becoming the economic reformer Gorbachev hoped he would be, Putin shifted in a violent way. In 2007 he made his famous speech which changed everything.”

While he opposed the 2014 invasion of Ukraine, Gorbachev praised the Russian annexation of Crimea in 2014.

“I remember this nearly caused half the staff at his foundation to walk out. He had to plead with them not to abandon him,“ said Arias-King, who is co-producer of a forthcoming feature film on Gorbachev.

“It was surprising because, after all, Gorbachev was half Ukrainian. But at the same time, there was this little devil always harassing him in the back of his mind reminding him that he had lost the empire.

“Perhaps, this was a way to undo some of that criticism.”

But Gorbachev never regretted his actions which led to the collapse of the USSR.

“The last time we were together was when we bought (former dissident and Polish President) Lech Walesa and the Scorpions to celebrate the 30th anniversary of the fall of the Berlin Wall in 2019,“ he said.

“Gorby was undergoing dialysis and had problems with his legs, so we all went to see him at his offices in Moscow. “

Recalling his demeanour, he added: “He never regretted what he did. And though some say he was just being a realist, in fact, the USSR was not in decline, it was not imploding. I believed he took his actions out of conviction, beginning with Andropovian reforms – Andropov was his mentor – and ending with free elections.

“Imagine, when Gorbachev announced to the Congress of People’s Deputies that another dictator in central Europe had fallen, they would applaud.”

Later, praise turned to criticism and this would haunt him.

“He remained surprisingly stoic in the face of hysterical aggressive and massive criticisms every day on Russia TV under both Yeltsin and later Putin,” said Arias-King.

“It’s shocking how calm he remained outwardly, but it must have affected him.

“None of the party apparatchiks stood by him, with the exception of former vice president Alexander Rutskoy, who rescued him from Crimea in 1991 when the coup to oust him fell apart. They remained friends.

“Other than that, it was mostly Russia’s intelligentsia who lauded him.

“Gorby always knew that, at least, the most intelligent people in Russia were with him.”