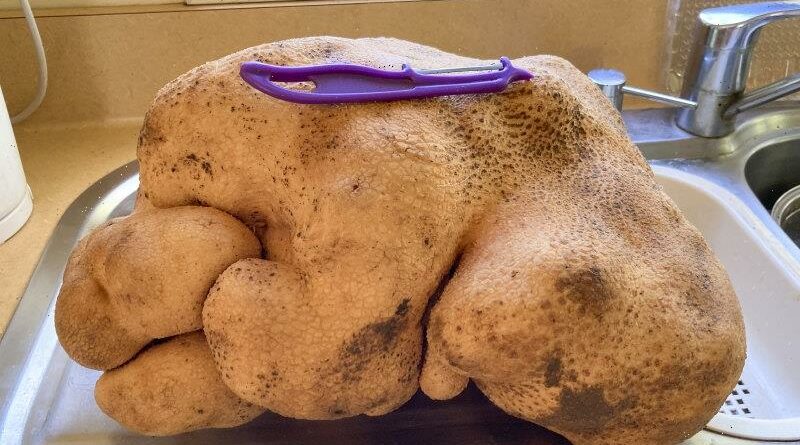 Wellington: When is a potato not a potato? When it’s a tuber of a gourd, according to Guinness World Records.

A New Zealand couple who believed they had dug up the world’s largest potato in the garden of their small farm near Hamilton have had their dreams turned to mash after Guinness wrote to say that scientific testing had found it wasn’t, in fact, a potato after all. 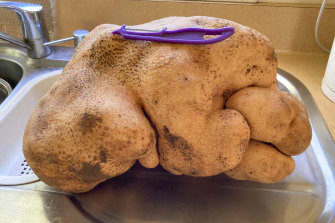 What was believed to be the world’s largest potato sits on a kitchen bench of the home of Colin and Donna Craig-Brown.Credit:AP

Colin Craig-Brown, who first hit the tuber with a hoe last August when gardening with his wife Donna, said it sure looked and tasted like a potato. Mind you, he added, he’s never tasted a gourd tuber.

“What can you say?” said Craig-Brown. “We can’t say we don’t believe you, because we gave them the DNA stuff.” 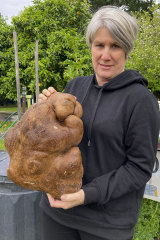 After months of submitting photos and paperwork, the couple got the bad news from Guinness in an email last week.

“Dear Colin,” the email begins, going on to say “sadly the specimen is not a potato and is in fact the tuber of a type of gourd. For this reason we do unfortunately have to disqualify the application.”

The couple had named their find Doug, which they took to spelling Dug, after the way it was unearthed. The tuber became something of a local celebrity, after the couple began posting photos of it on Facebook with a hat on and even built a cart to tow it around.

An official weigh-in at a local farming store put Dug at 7.8 kilograms, equal to a couple of sacks of regular potatoes, or one small dog. The existing Guinness record will stand, a 2011 monster from Britain that weighed in at just under 5 kg.

Craig-Brown remains a big believer in Dug, who still sits in their freezer.

“I say ‘gidday’ to him every time I pull out some sausages. He’s a cool character,” Craig-Brown said. “Whenever the grandchildren come round, they say, ‘Can we see Dug?’”

“Dug is the destroyer from Down Under,” Craig-Brown added. “He is the world’s biggest not-a-potato.”

Craig-Brown said he’s not done yet with chasing the potato record. Dug was self-sown but Craig-Brown said that with all his subsequent research into giant potatoes, he’s ready to try and deliberately grow a record-breaking monster next season.

And this time, it will definitely be a potato.