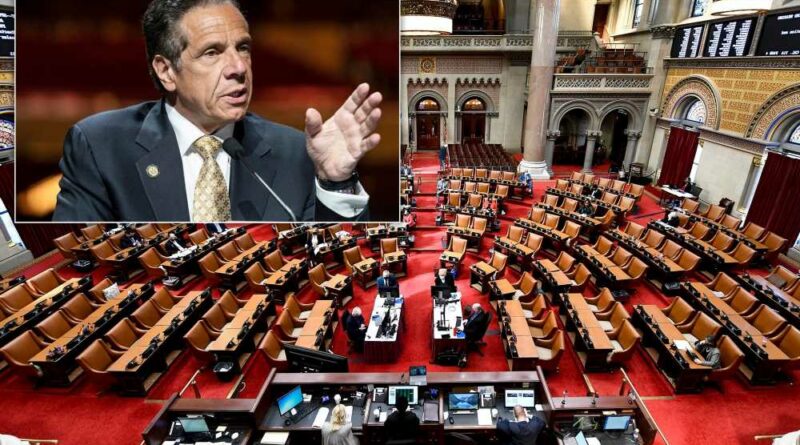 New York Gov. Andrew Cuomo is making a last-ditch attempt to avoid getting impeached over the slew of sexual harassment allegations against him, a report said Monday.

The three-term Democrat is trying to cut a deal with top state officials, promising he won’t run again if impeachment talks get scrapped, a source told The City.

Cuomo, 63, and his winnowed-down inner circle have been busy making calls to try to save his political career since state Attorney General Letitia James’ damning report into his conduct was released last Tuesday.

Before she resigned Sunday night, top aide and confidante Melissa DeRosa had been asking executive staffers for strategies to quiet the impeachment talks, the source told The City.

But no one is buying what Cuomo’s team is selling, according to the report.

The governor has ignored deafening calls for his resignation coming from as high as President Biden in the wake of the official report, which concluded Cuomo sexually harassed at least 11 women in violation of state and federal law. He has repeatedly denied any wrongdoing.

The report comes as the state Assembly’s Judiciary Committee met in Albany Monday for updates on its investigation into Cuomo.

The committee had told him that it was “nearing completion” of the probe and would “consider potential articles of impeachment.”

He was given until Friday to submit any information he wanted it to consider in its findings.