Ministers have published a guide on 5G masts in a bid to dispel ‘quack’ theories that the new technology could harm people’s health.

Conspiracy theories have emerged claiming that the 5G network, which will provide super-fast internet speeds while on the move once fully rolled out, was behind the coronavirus outbreak.

The theorists have claimed that the network could damage public health by emitting dangerous levels of radiation.

The misinformation campaign has led to some communication masts being vandalised, including one being set on fire in April in Solihull, West Midlands, which conspiracy theorists failed to realise was, in fact, a 4G tower. 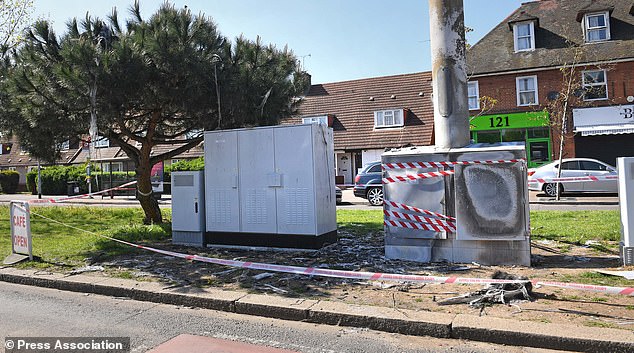 Ministers published a guide on 5G masts in a bid to dispel ‘quack’ theories that the technology could harm people’s health. Pictured, a telecoms mast in Dagenham was damaged in a fire 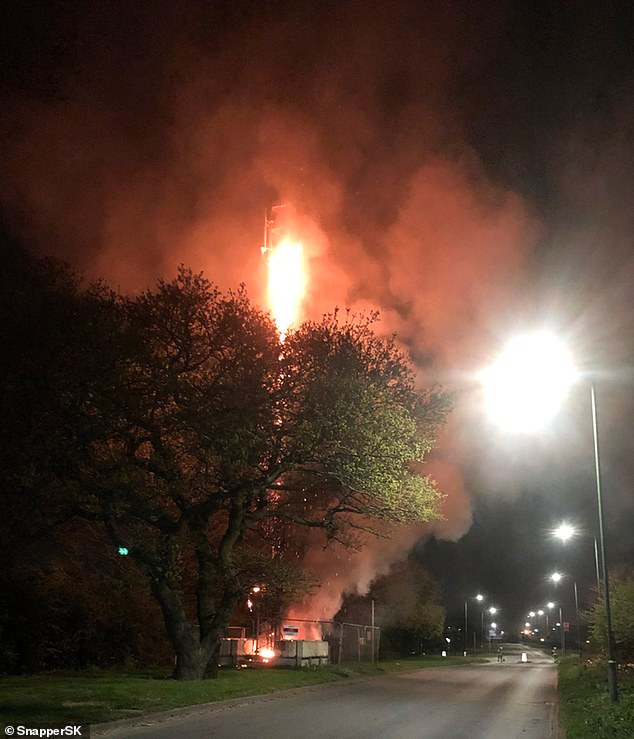 The theories have led to some 5G masts being vandalised. A mast was set on fire in April in Solihull, West Midlands, (above) but conspiracy theorists failed to realise was a 4G tower

The Government have warned the vandalism could cost lives, as damaging the towers could prevent calls to the emergency services from being made.

The information pamphlet will be made available to worried constituents in a bid to dispel the misleading theories circulating on social media.

It explains how 5G works and states that watchdog Ofcom found wave emission readings taken from the masts are ‘a small fraction’ of the amount permitted by the International Commission for Non-Ionising Radiation Protection (ICNIRP).

The guide, published on Thursday, says: ‘Companies have been rolling out 5G in the UK since 2019.

‘However, some people have raised concerns that the introduction of 5G could affect people’s health and have even linked it to the coronavirus pandemic.

‘These claims are completely unfounded and should not be used as a basis to block or delay 5G rollout.’

Mr Warman and Mr Clarke, in their letter to local authorities, also called for more to be done to help find sites for masts and the installation of full fibre broadband.

Telecoms companies need to secure rights to install their infrastructure on public sector land and buildings but there are concerns some deals are not progressing quickly enough. 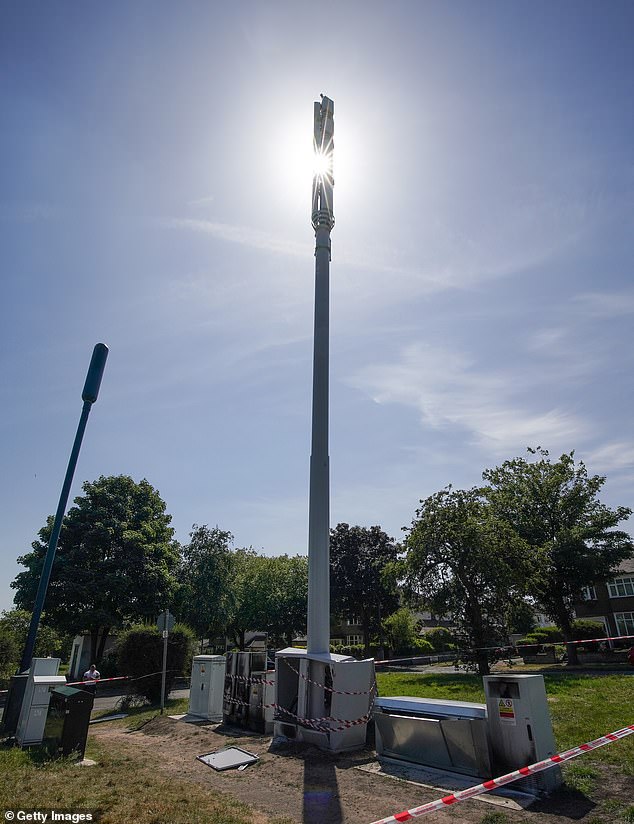 Government warned vandalism of 5G masts could cost lives, as it may stop emergency calls being made. Pictured, EE network 5G mast was attacked by an arsonist in Liverpool on May 28

Boris Johnson’s Conservative Party manifesto vowed to ‘bring full fibre and gigabit-capable broadband to every home and business across the UK by 2025’.

Mr Warman said: ‘Councils have a vital role to play in the roll-out of digital infrastructure and while there is good work going on up and down the country, there is more we can do.

‘Today I’m writing to local authorities with new guidance and advice to help them break down some of the barriers to roll-out and give them the tools they need to quell quack theories about 5G.’

The Government is encouraging councils, which are obliged to get ‘best value’ when agreeing land access agreements, to take into account ‘non-monetary benefits’ such as enhanced connectivity.

Philip Marnick, spectrum group director at Ofcom, said: ‘The UK has a great opportunity to be a world leader in 5G – making the most of the benefits this new technology offers people and businesses.

‘So it’s important that public bodies work together to address some of the myths and misinformation around 5G, and that decisions are based on sound evidence.’

He said: ‘We welcome the Government’s moves to tackle the dangerous misinformation about 5G and the coronavirus which is putting lives at risk. 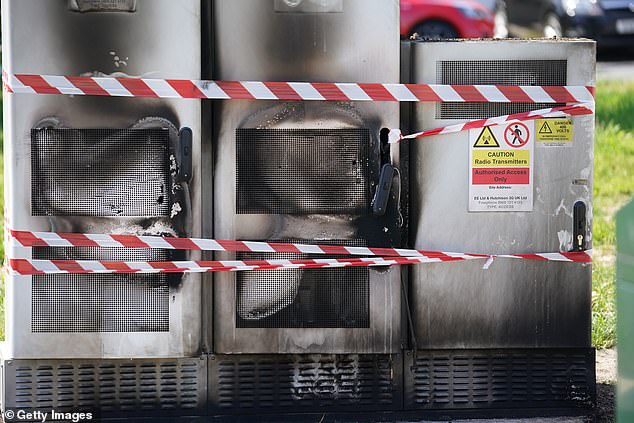 Ministers Matt Warman and Simon Clarke have written to councils to promote an information pamphlet on the network called 5G Mobile Technology: A Guide. Above, damaged 5G mast after it was set on fire in Liverpool 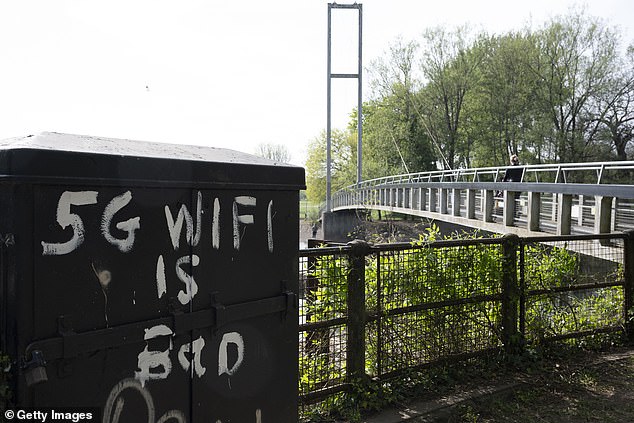 ‘But sadly, this guidance will not solve the problem without the Government doing what is needed on the online harms bill to tackle misinformation on social media.’

In their correspondence with councils, Mr Warman and Mr Clarke pointed to Cambridgeshire and Kent as examples of where local authorities have worked effectively to encourage next-generation gigabit broadband networks.

The West Midlands 5G project, part of the Government’s £200 million 5G testbed and trials programme, was cited as having successfully addressed some of the challenges councils face when deploying 5G technology.

The West Midlands also is one of the areas in the country with the highest available coverage of gigabit capable broadband, while others include Hull, Dunbartonshire, Reading, Edinburgh, Southampton and Liverpool.

Councillor Mark Hawthorne, the Local Government Association’s digital connectivity spokesman, said: ‘This new suite of guidance will complement the work councils are already doing, alongside central government and local partners, to support the roll-out of digital infrastructure across local areas.’