Home » World News » Gran defends woman, 24, who called bouncer 'n*****' and spat at him insisting she was ‘drunk but not racist’

A FURIOUS drinker filmed calling a bouncer a “n*****” can be named for the first time – with her grandmother insisting she's “not a racist”.

Sharna Walker, 24, started screaming racist slurs at a doorman who refused her entry to a bar in Birmingham on Saturday evening. 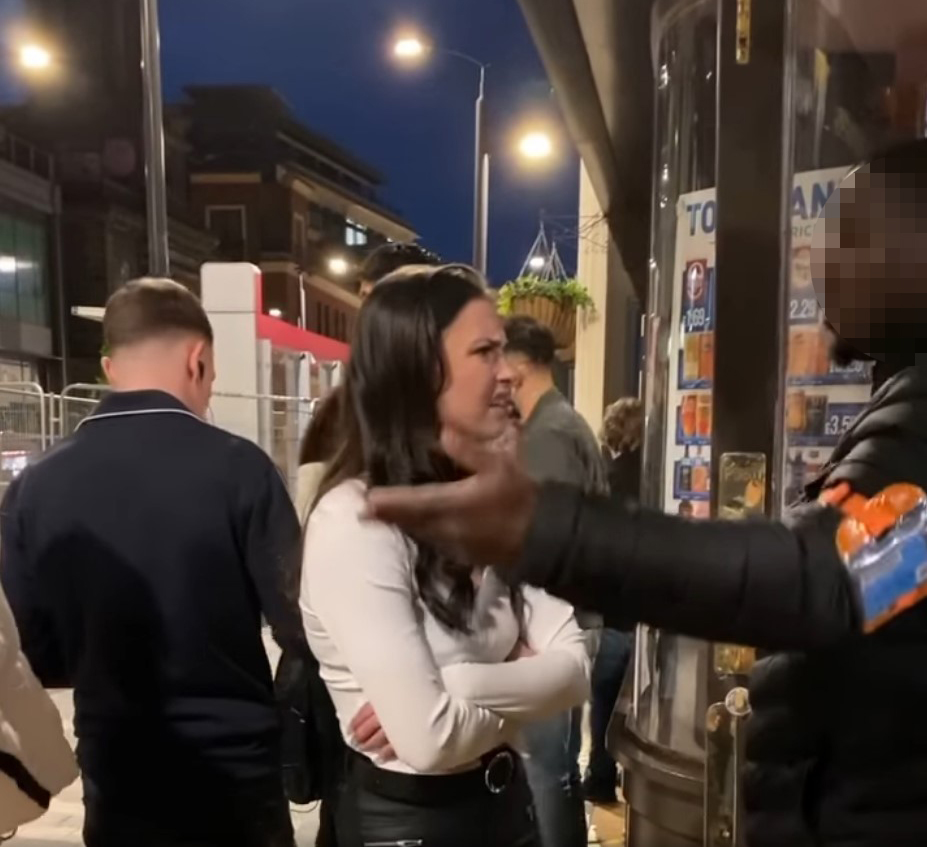 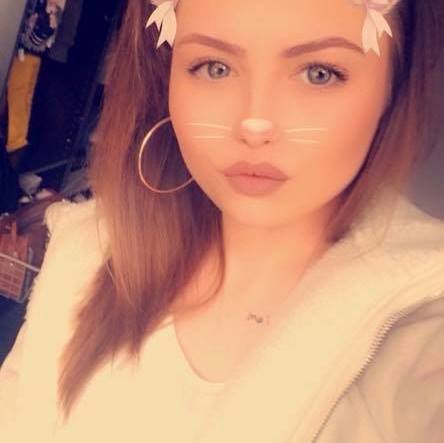 The 24-year-old, from Worcester, was denied access to the bar and was seen pushing the bouncer, calling him a “black c***” and a “f***ing n*****” before turning and spitting at him.

Footage of her vile tirade was shared across social media, but her grandmother has now hit back saying she's not racist.

Speaking at her home in Worcester, gran Pamela Croft, 62, told The Sun Online: "Sharna is definitely not a racist, 100 per cent.  She was just drunk."

Asked if her granddaughter regretted her actions, and if she was sorry, Mrs Croft replied: "Yes."

West Midlands Police have confirmed it is investigating the incident which happened on Broad Street, Birmingham.

Wetherspoons has also barred Walker from its pub for life after her disgusting outburst. 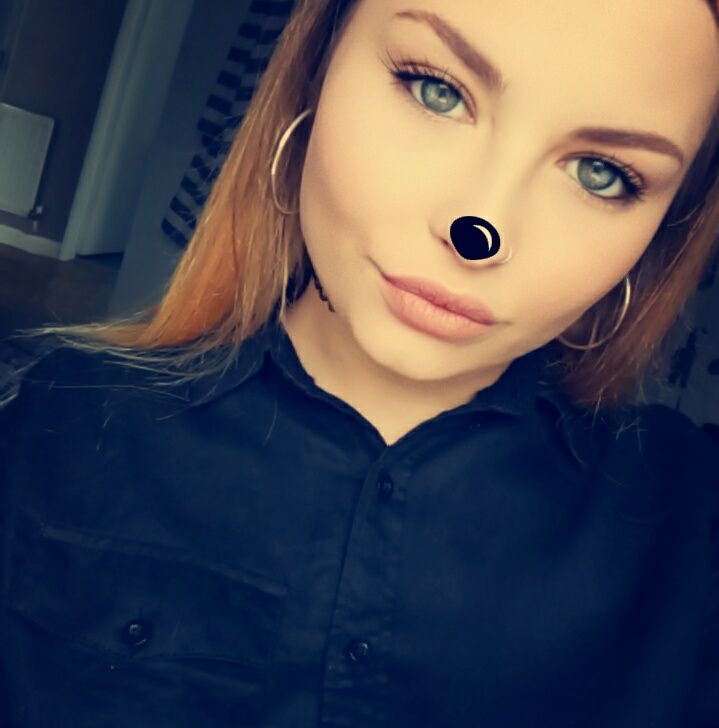 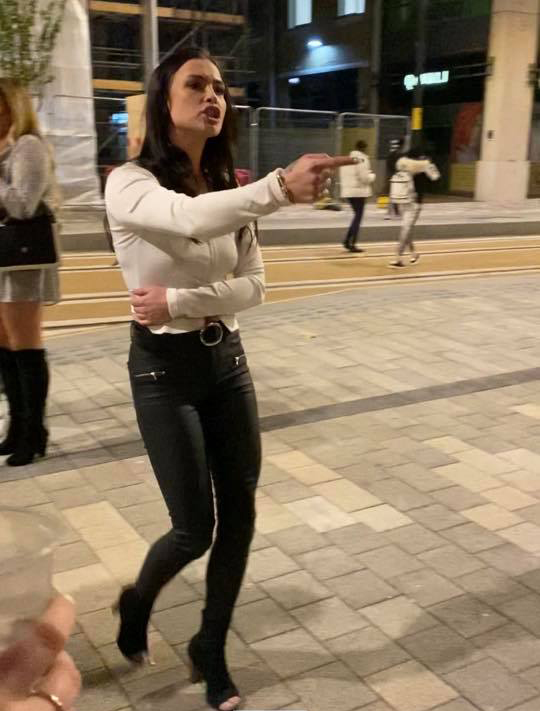 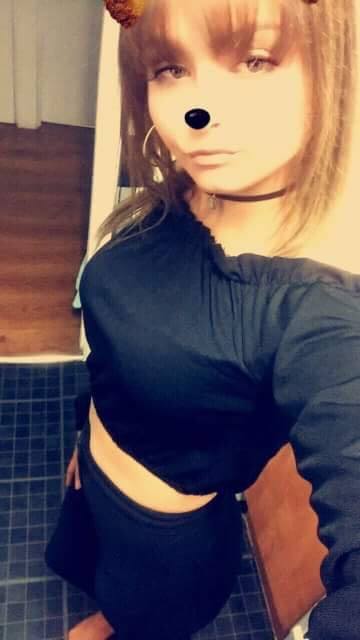 A spokesman for the boozer said: “We can confirm the incident took place outside the pub on Saturday night.

“The woman in question had been ejected for her behaviour. She spat her drink towards the member of door staff and also racially abused him.

“She also caused issues as she was leaving. This behaviour is completely unacceptable and the woman is barred for life.

“We will also be pursuing her for criminal damage and passing on the CCTV and bodycam footage to the police.”

Describing the incident in a post on Facebook, the bouncer said: “I haven’t been doing security for years like some, but in the short time I’ve been doing it I’ve seen and been through pretty much anything there is to see and go through whilst doing the job.

“This however, is something I, or anyone who looks like me shouldn’t have to go through.

“There was a time I’d go through things like this and brush it under the carpet but them times are over." 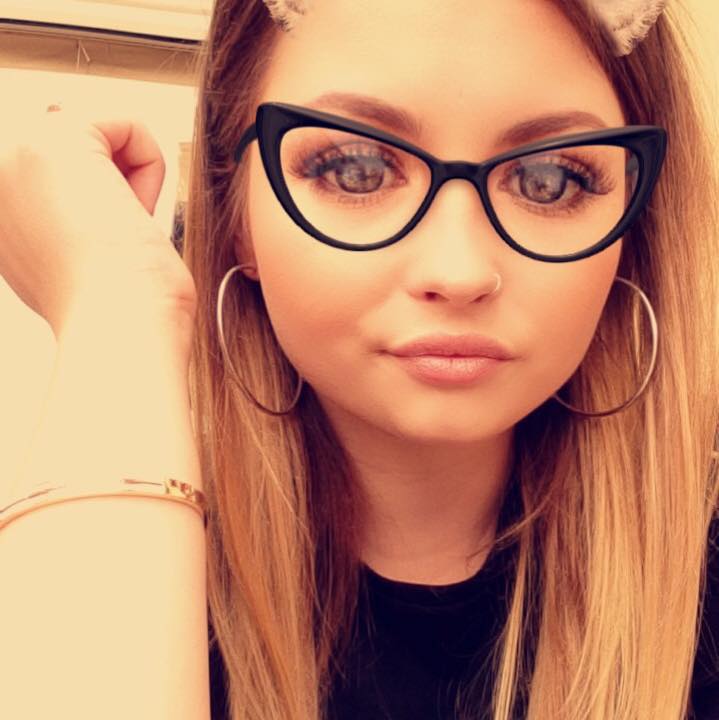 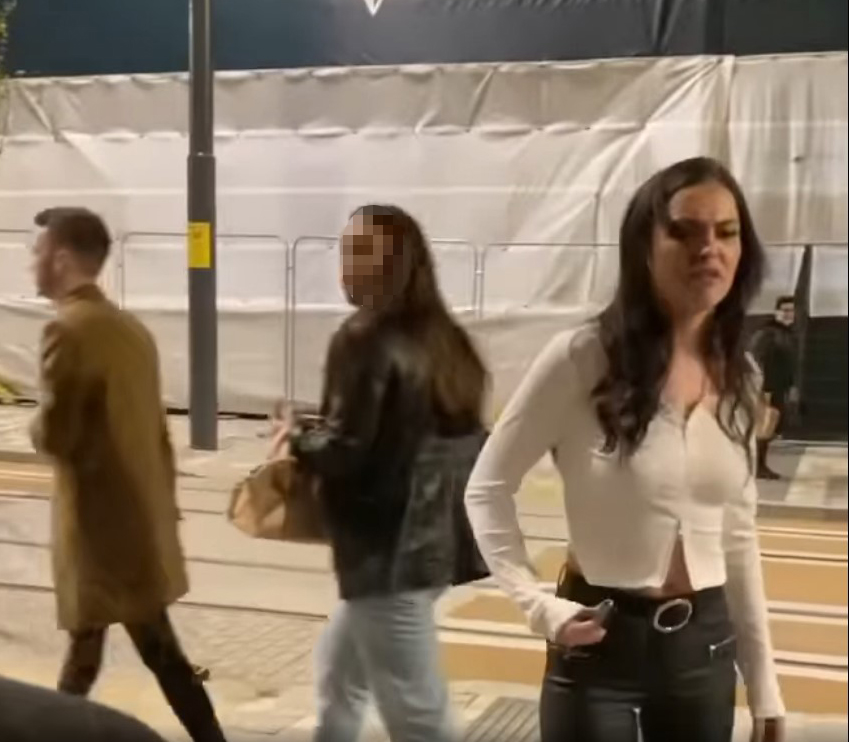 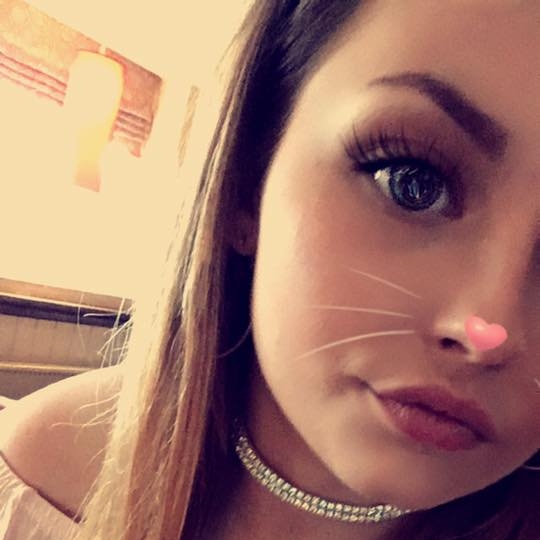 The cleaner was dismissed by engineering company Bos in 2019, before the incident took place.

In a statement Worcester Bos said: “Contrary to social media postings concerning a racist incident, we can confirm that the person in question was never directly employed by Worcester Bosch but via out cleaning contractor.

“The contractors have confirmed that she was dismissed by them on 17th May 2019. Our thoughts are with the victim of this hurtful and very public attack.

“We are truly saddened at the social media attack directly unfairly at our brand. We confirm that we have zero tolerance for racist behaviour, both within and outside of the workplace."

Viewers who watched the video slammed her for her vile actions, while others questioned why bystanders had not done more to help.

One said: "Disgusting that there’s people like this in our society, even if she was drunk it’s still in her heart and that’s probably how she behaves behind closed doors."

Another wrote: "She’s clearly intoxicated but that’s no excuse for such vile abuse. Spitting as well? Think that’s classed as assault – doesn’t look too good for her future."

The video shows brunette Sharna arguing with the bouncer while yelling out for one of her friends.

She then lashes out at the security guard, pushing him and calling him a "black c***" in front of shocked onlookers.

She then walks away while calling him a "f***ing n*****" before turning and spitting at him.

Chief Inspector James Spencer, of West Midlands Police said: "We’re aware of a video showing a woman directing racist abuse at a member of door staff in Broad Street over the weekend.

"It’s been crimed as a racially aggravated harassment offence and we are investigating.

“It’s an awful incident and people are understandably disgusted. We are prioritising the investigation.

"Officers have been working hard with local businesses to make the city a safe and enjoyable place to visit. Racist behaviour is completely unacceptable."