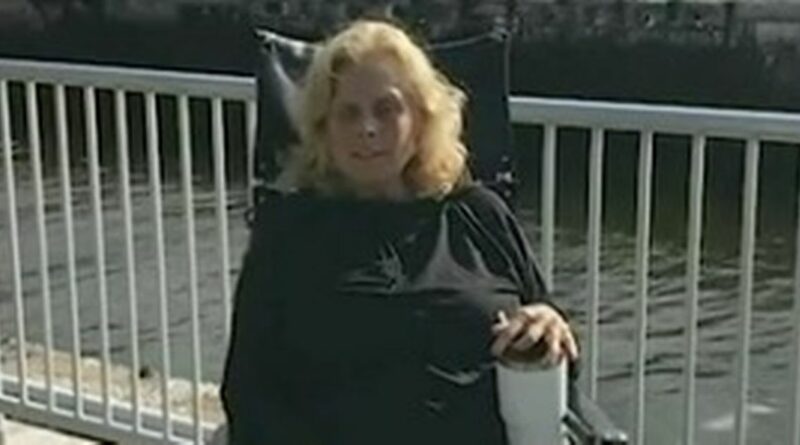 A grandmother who suffered horrific and permanent injuries while on her dream holiday has recalled the time she was savagely attacked by a dolphin.

The attack left grandmother Janet Ferreira with permanent injuries after getting up close and personal with the dolphins turned into a horror moment that would leave her horrified.

Swimming with dolphins is a holiday treat for many, but Ferreira, who was celebrating her 40th wedding anniversary with husband Steve on a trip with her children and grandchildren, had an horrific experience.

The couple from Massachusetts, America, had planned a number of excursions around the Caribbean islands and Mexico on their cruise, including a brief dip in the waters with dolphins.

As the grandmother waited for two dolphins to swim up behind her for a "dolphin tow," one of them rammed into her lower back, before striking her another two times.

She was yanked out of the waters by a trainer, and recalled the terrifying experience.

Janet sustained a broken spine and ribs in the attack, which took a month for the grandmother to recover and get back up on her feet from.

She has since filed a lawsuit against Dolphin Discovery Cozumel and her cruise line Royal Caribbean, LADBible reported.

Her attorney, George Leontire, said: "She lied in bed for about a day and a half, without any treatment, until a transport could be arranged."

Husband Steve was heartbroken, saying: "You feel alone, you’re helpless. Helpless because we felt that they didn’t know what to do. They didn’t know how to handle it."

A statement from The Dolphin Company, parent company of Dolphin Discovery Cozumel, said: "For more than 27 years The Dolphin Company has operated with the greatest respect and consideration for our guests, our team members and the animals in our care.

"Each year two million visitors come to our parks around the world. Above all, safety and security are our number one priority; any type of unplanned experience is very rare yet something we take very seriously.

"Dolphin Discovery Cozumel has been in our family of parks since 1998 hosting more than 1.8 million visitors since that time."