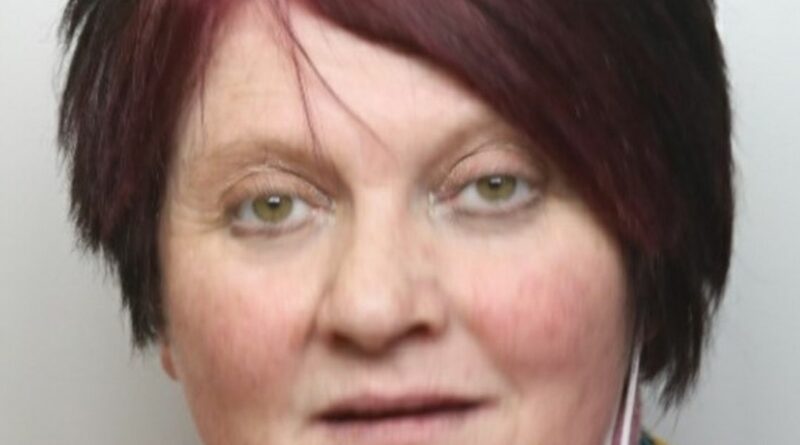 A "professional thief" gran stole from an epileptic woman who was having a fit.

Career criminal Amanda Hauser, 48, from Cross Heath in Newcastle-under-Lyme, Staffordshire, swiped bank cards while the victim was having a seizure in her own home.

Having talked her way into the property, Hauser took the cards from a purse and stashed them in her bra as the woman lay helpless on the floor.

Stoke-on-Trent Crown Court was told she tried to get rid of the cards later after being arrested by police near the crime scene in Longton.

Hauser, who admitted the "nasty" theft – as well as stealing almost £500 of goods from supermarkets and Boots after going into stores she was already banned from – was jailed for 15 months, StokeonTrentLive reports.

Prosecutor Dean Easthope said Hauser was with another woman when she saw the victim sitting on her doorstep and started chatting to her.

"The complainant suffers from seizures. She could feel one coming on so asked the women to leave and called an ambulance. She then had a seizure.

"When she came out of the seizure, she saw the defendant put her purse back down on the table. She asked the women to leave and then checked her purse and found two bank cards were missing."

The victim called the police, who found the two suspects nearby.

As they were walking to the police station, Hauser pulled the cards out of her bra and dropped them on the floor in an attempt to discard the evidence.

In a statement, the victim said her seizures had become worse since the incident on February 23 due to the distress of the incident.

She described feeling more vulnerable and depressed and now finds it difficult to trust people.

The court heard Hauser’s other offences took place last year. In May, she twice targeted Sainsbury’s in Newcastle-under-Lyme, stealing nine bottles of Jack Daniels after removing the security tags.

She did the same at Morrisons in the town last August – taking four bottles of spirits – and also stole "premium cosmetics" from Boots.

Mr Easthope said the grandmother was already banned from entering all three stores, due to past instances of shoplifting, when she committed the thefts.

Hauser, from Comet Avenue, has clocked up 71 convictions for 175 offences since 1991, including benefit fraud and perverting the course of justice.

Brian Williams, defending, said: "The theft was nasty, it was mean – they are her words. She apologises."

Judge Paul Glenn described Hauser as a "professional thief" with "the most appalling record".

Jailing her, he said: "This was a deeply unpleasant and mean offence. You managed to wangle your way into the victim’s house.

"While she was having a seizure and particularly vulnerable, rather than help her, you took her purse and removed two bank cards."