Home » World News » Granddad, 75, who faced having five pet pugs destroyed for nipping at postman wins court battle as he had warning sign

A GRANDFATHER whose five pet pugs surrounded a postman and bit him has been spared the ordeal of putting them to sleep, after a court heard he had a warning sign up.

Allen Parkinson, 75, was hauled in front of Manchester Magistrates Court after his pet pooches ran out through his open French doors and headed after postman Steve Humphreys. 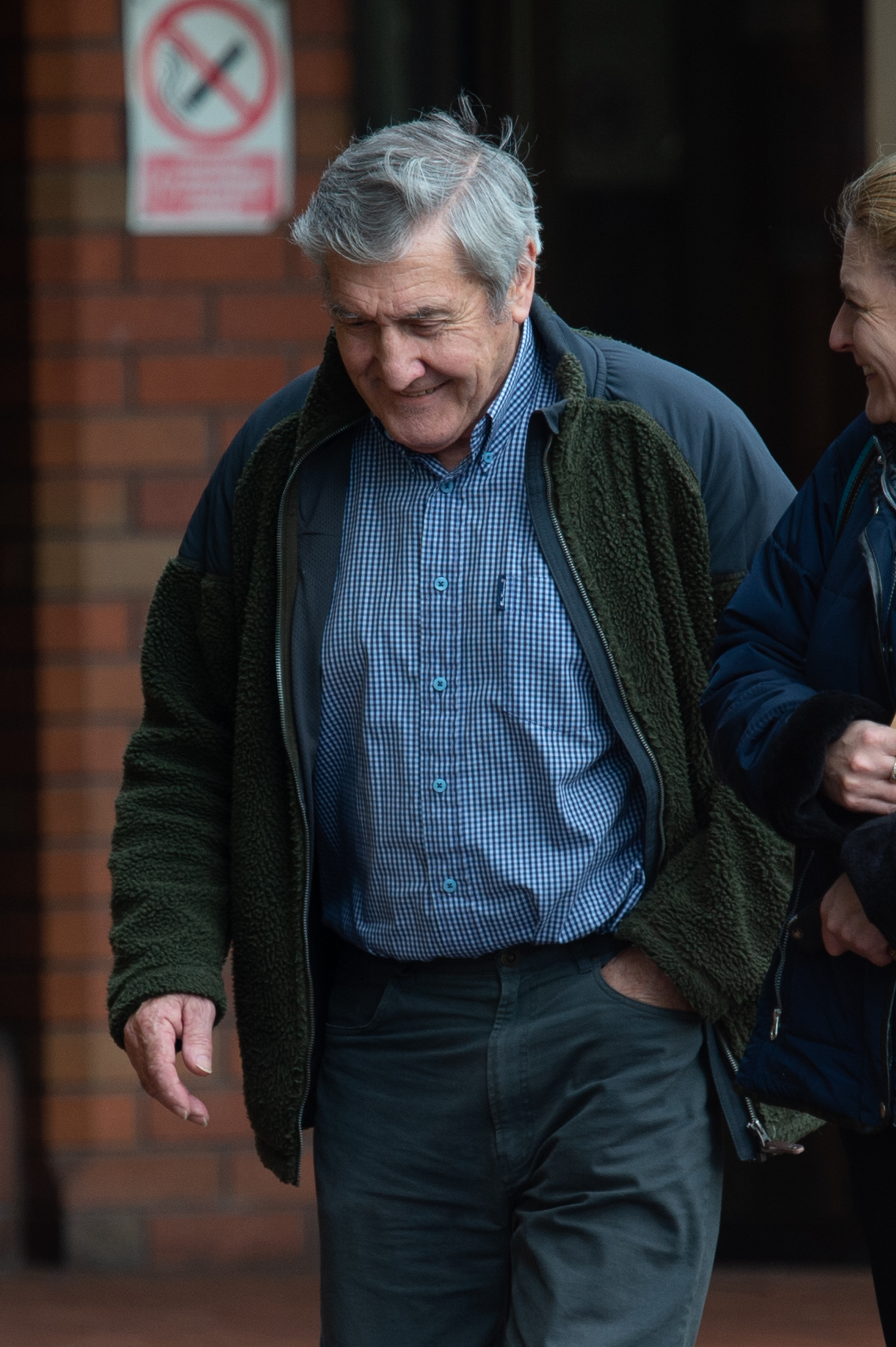 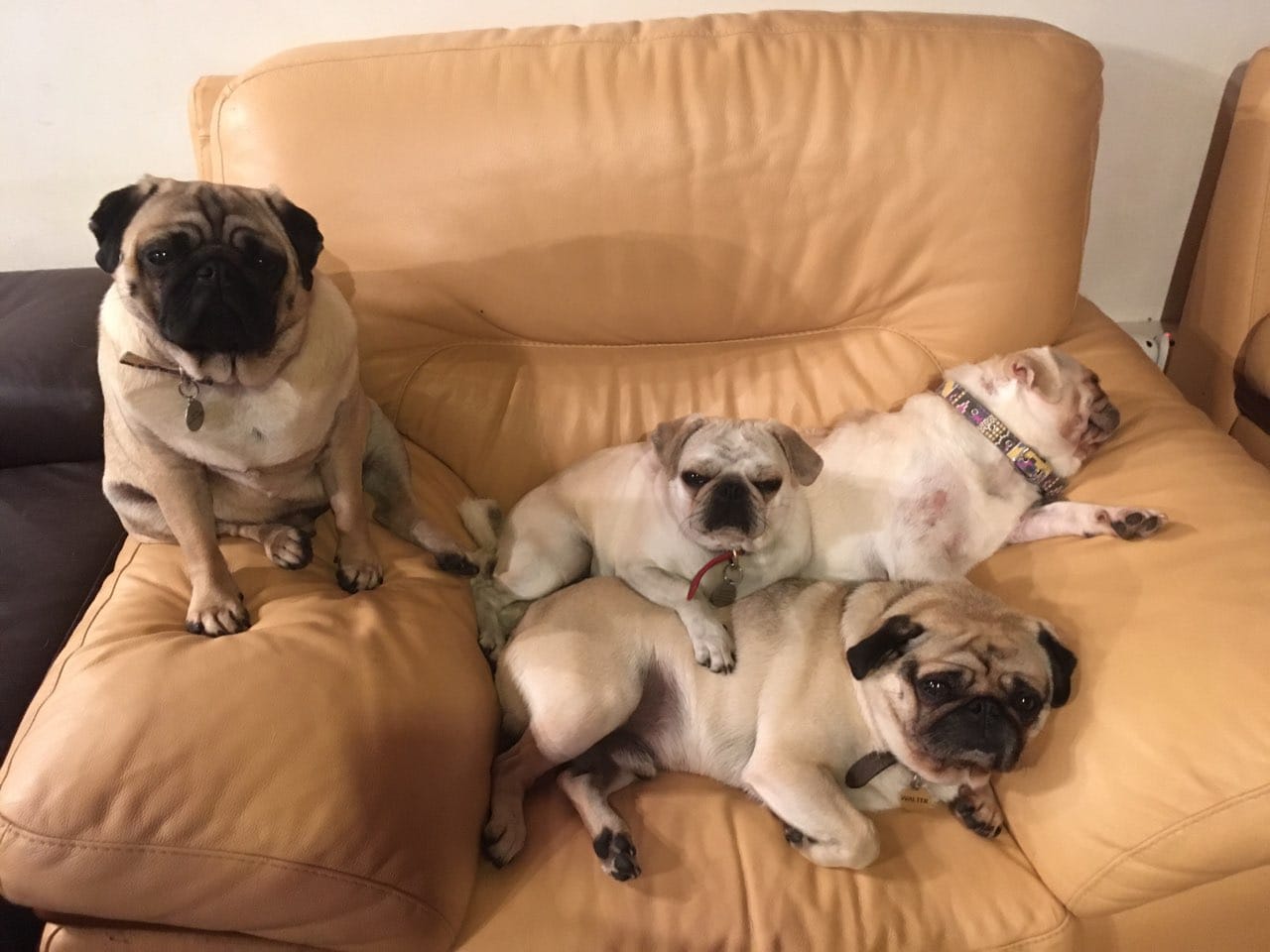 The postie was trying to deliver a package on September 22 2019, and intended to leave it near the rear of Parkinson's £800,000 home in Chesire.

He ran back to his Royal Mail van to escape the dogs, but they were able to catch up to him before he could enter the vehicle.

Humphreys was bitten on the arm and face, and two passers-by were forced to intervene before he was bitten further.

But Parkinson has gotten away with just a £250 fine, after the court heard he had displayed a sign reading "Danger – Beware Dogs", near to where the pets were housed.

The postman went to A&E with his wounds were he was treated in hospital for four days, receiving three face stitches and five stitches on his arm.

He had to take two months off work after the incident and has been left scarred for life.

Humphreys also has difficulties with his own pet dog at home after the attack and is now "anxious" and "emotional".

Retired construction engineer Parkinson, who also owns a pet dachshund, admitted a charge of having dangerous dogs out of control at Manchester Magistrates Court.

Yet he was spared a destruction order on his beloved pets and instead fined £250, as a bulldog he owned that was also involved in the attack had already been put to sleep. 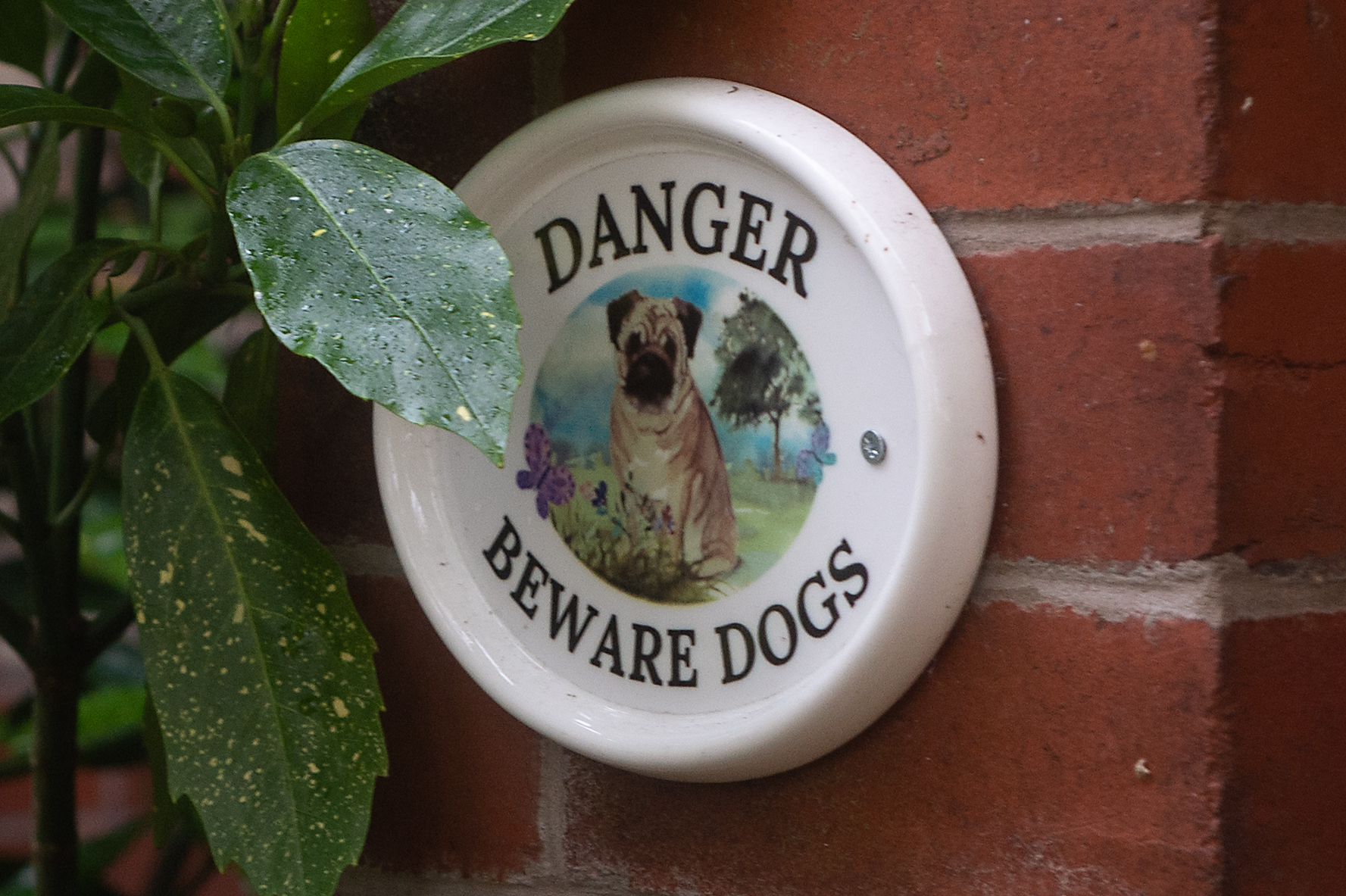 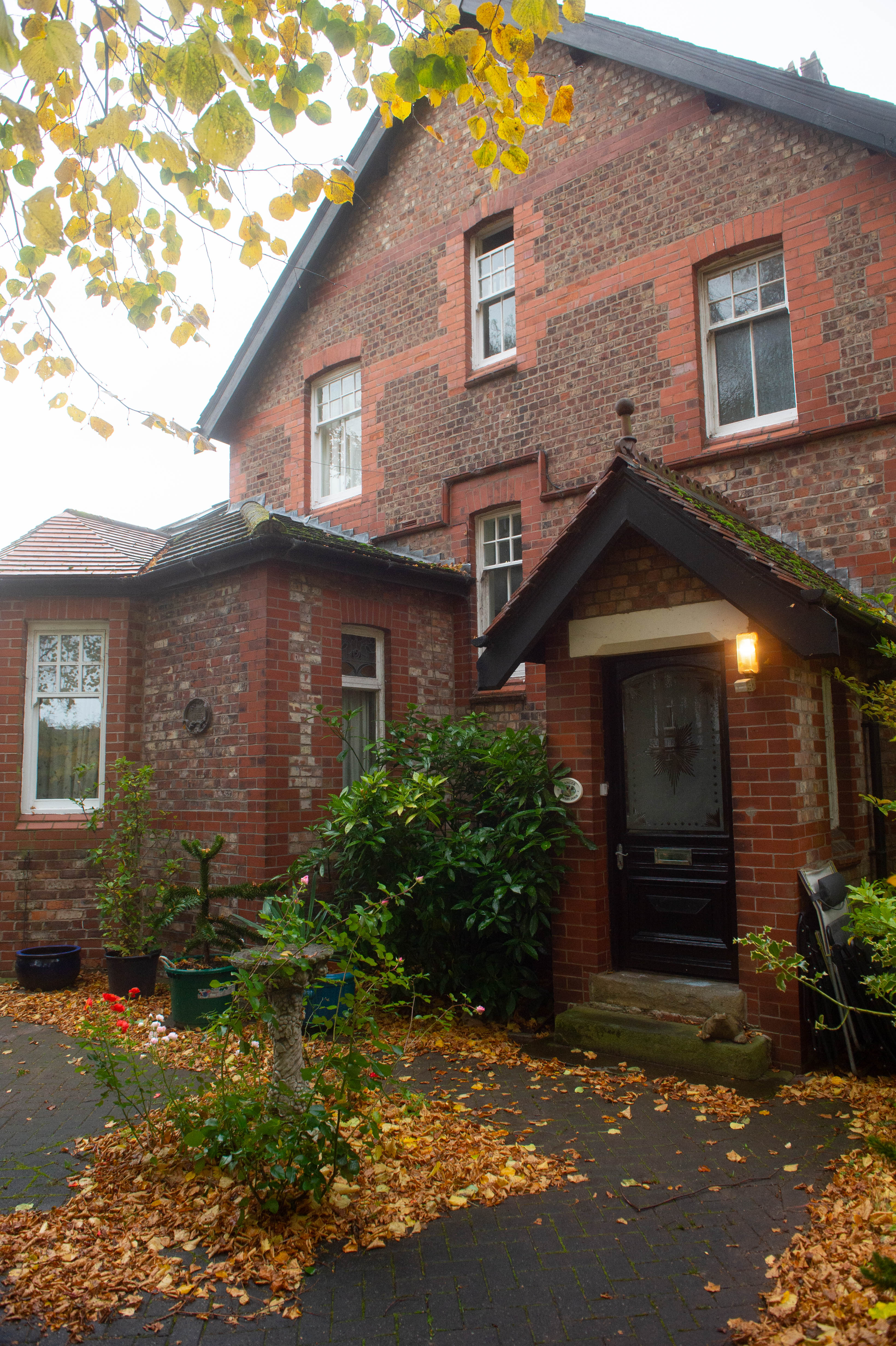 Prosecutor Robin Lynch said: "The postman saw there was something on the other side of some French doors and the dogs then came out and attacked him.

‘'A man came out of the premises but didn’t make any attempts to see what had happened. Two separate members of the public did try to help him.

"The matter was reported and the defendant attended a voluntary interview where he said he didn’t see what had happened and described the dogs as "friendly".

"He suggested the injury to the victim was not a bite but a scratch – but it clearly was a wound.

''He said the injuries may have occurred on the fence which has sharp edges, or from a piece of wood sticking out from the fence.

"The victim said the driveway did not have a gate and there were no warnings and is clear about that. There was a previous incident about a year earlier where one of his dogs bit another postman.''

"CONSTANT REMINDER OF THE ATTACK"

Mr Humphreys told police in a statement: ‘'This incident has had a massive impact on me. I have not slept well since it happened, get recurring nightmares about it and feel stressed.

‘I am anxious, emotional, get regular flashbacks and am doubting myself as a person. I am finding it very hard to have our own dog at home and this is causing friction with my partner and son.

"I have a constant reminder of the attack because of the permanent scarring I have been left with.’'

In mitigation for Parkinson his lawyer Mr Forz Khan said: "He is retired and used to work in the construction industry. The military often used him and he helped build an airport in the Falklands and has worked in Iraq. He has had a very substantial career in construction and has been married for 51 years.

"This whole affair has been a very traumatic episode for him. The fact of his appearances at court have given him and his wife sleepless nights and have caused him to be nauseous and unable to eat.

"Their regular postman whom they had had for several years used to come to the door but this one didn’t and stopped at their dog enclosure.

"If he had remained there this incident would not have occurred. His wife told him the postman was coming to the dog enclosure and the postman opened it despite there being a very clear ‘no entry’ sign.

''But the postman went in and the dogs were worried and were protecting their area and they tried to defend it. Members of the public were never threatened and helped the defendant put the dogs back in their enclosure.

''Those dogs are like family to this family. Since the incident the gates can only be opened from the inside and the Post Office no longer deliver their mail- they go to the shop to get it.

"The dogs were only out of control for a few seconds and had never bitten anyone before. There is no reason to fear this could happen again.

"He did everything he could have done to make sure no harm was done. The no entry sign would have been clear to anyone with two eyes.'' 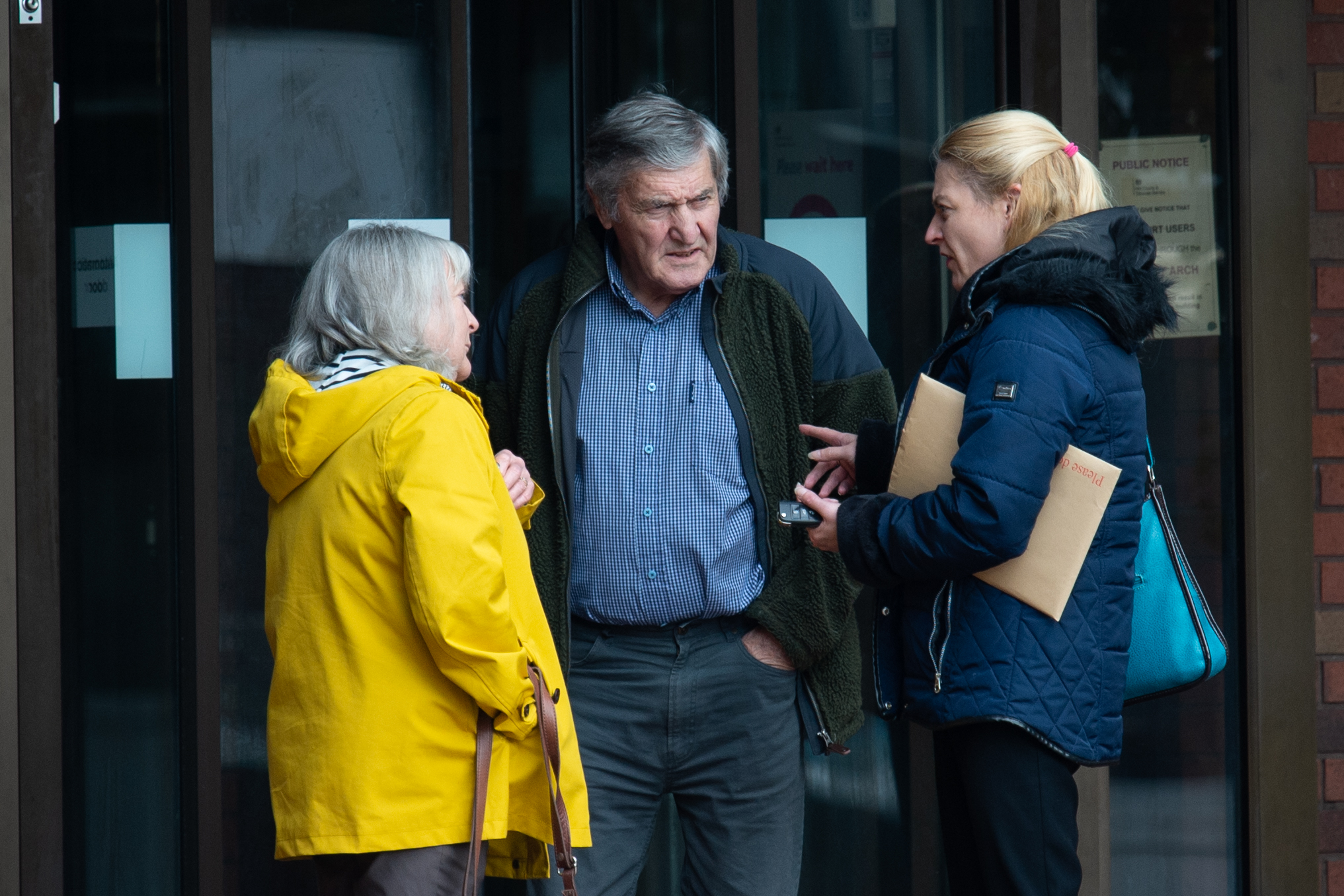