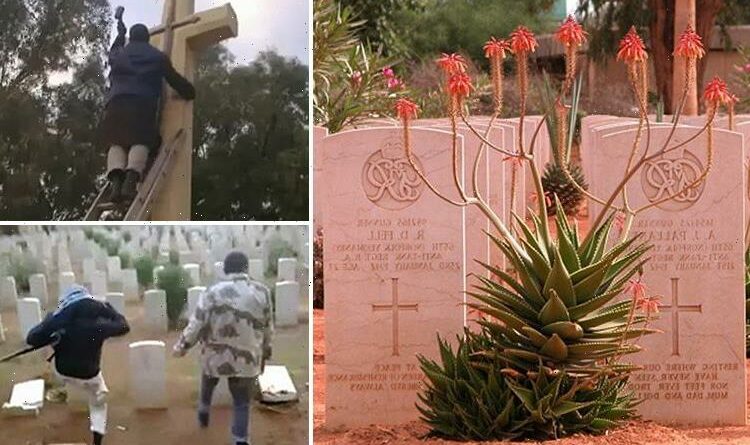 GRAVES of British WW2 heroes smashed to bits by “ISIS” fanatics in Libya have been rebuilt after the evil jihadis were banished from the area. 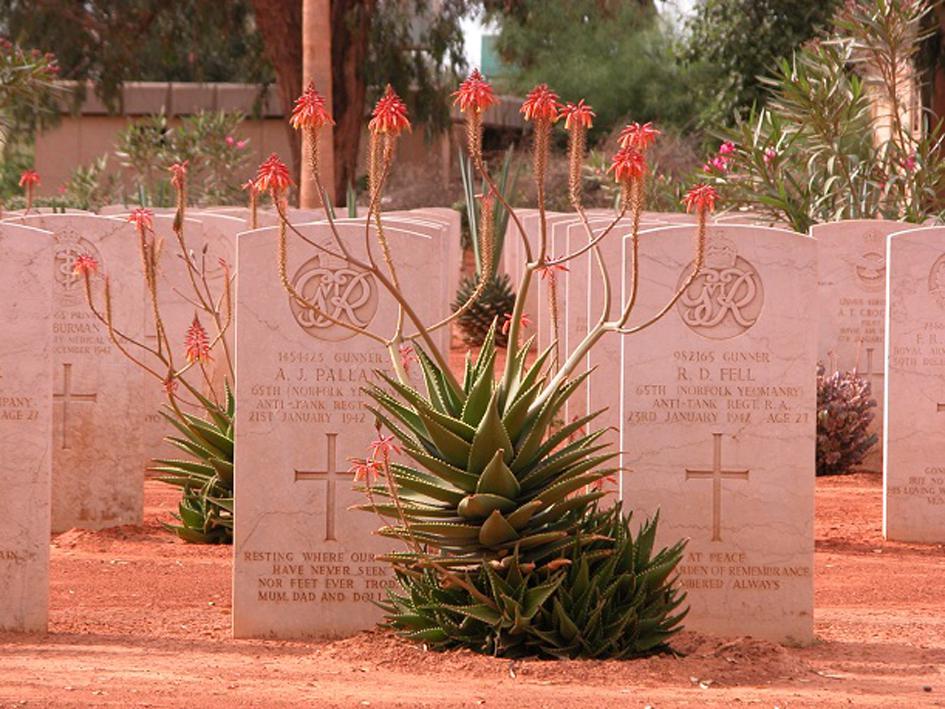 The cemetery is the final resting place for some of Montgomery’s Eighth Army heroes that helped drive Hitler’s armies out of North Africa.

Radicals flourished in the power vacuum after Gaddafi was toppled – many of which went on to pledge allegiance to ISIS in the following years.

Masked terrorists filmed themselves smashing more than 200 headstones of British and Commonwealth soldiers with hammers and kicking them over.

They even used ladders to reach up and destroy a large cross at the head of the cemetery ion sickening scenes. 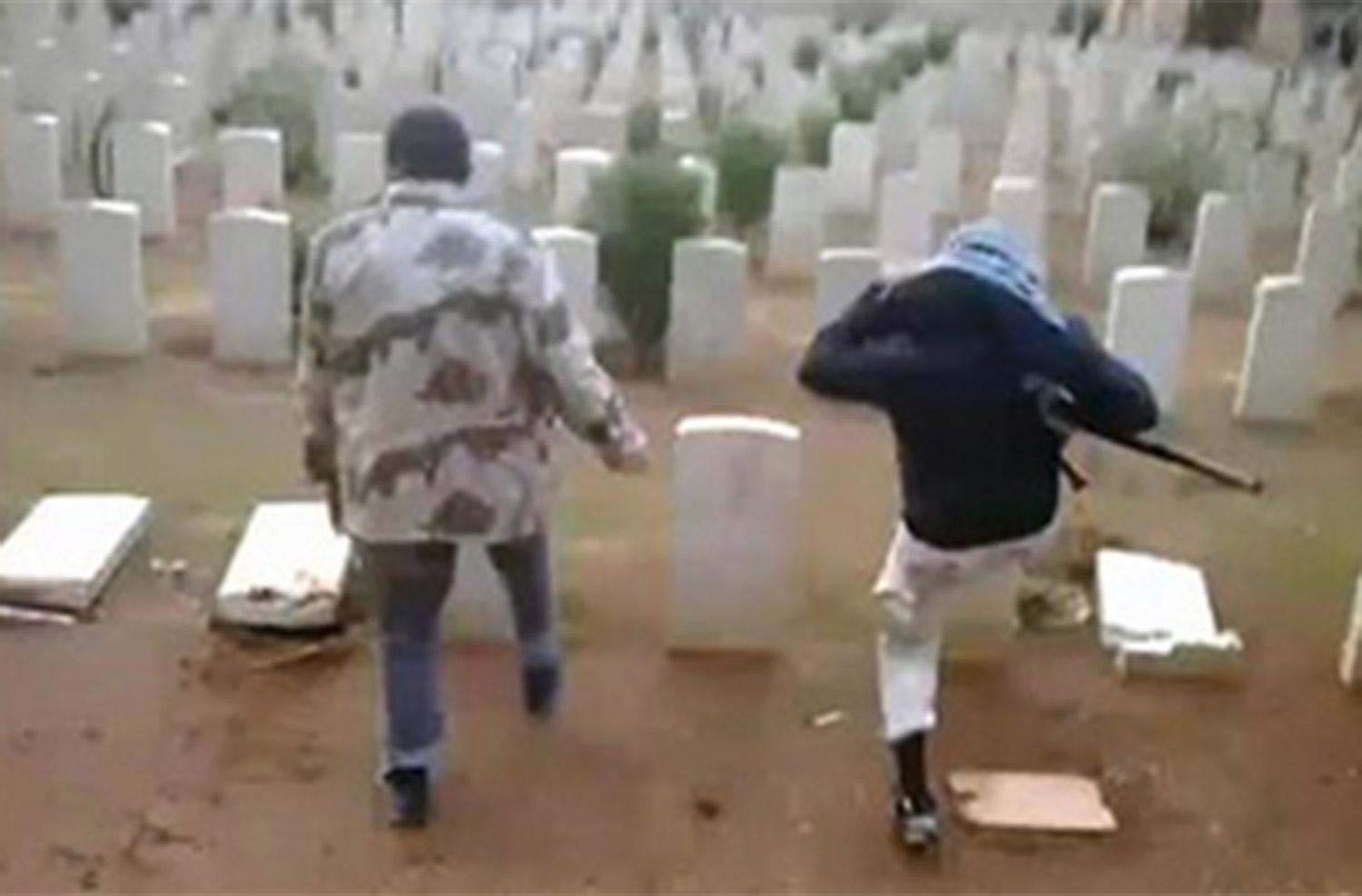 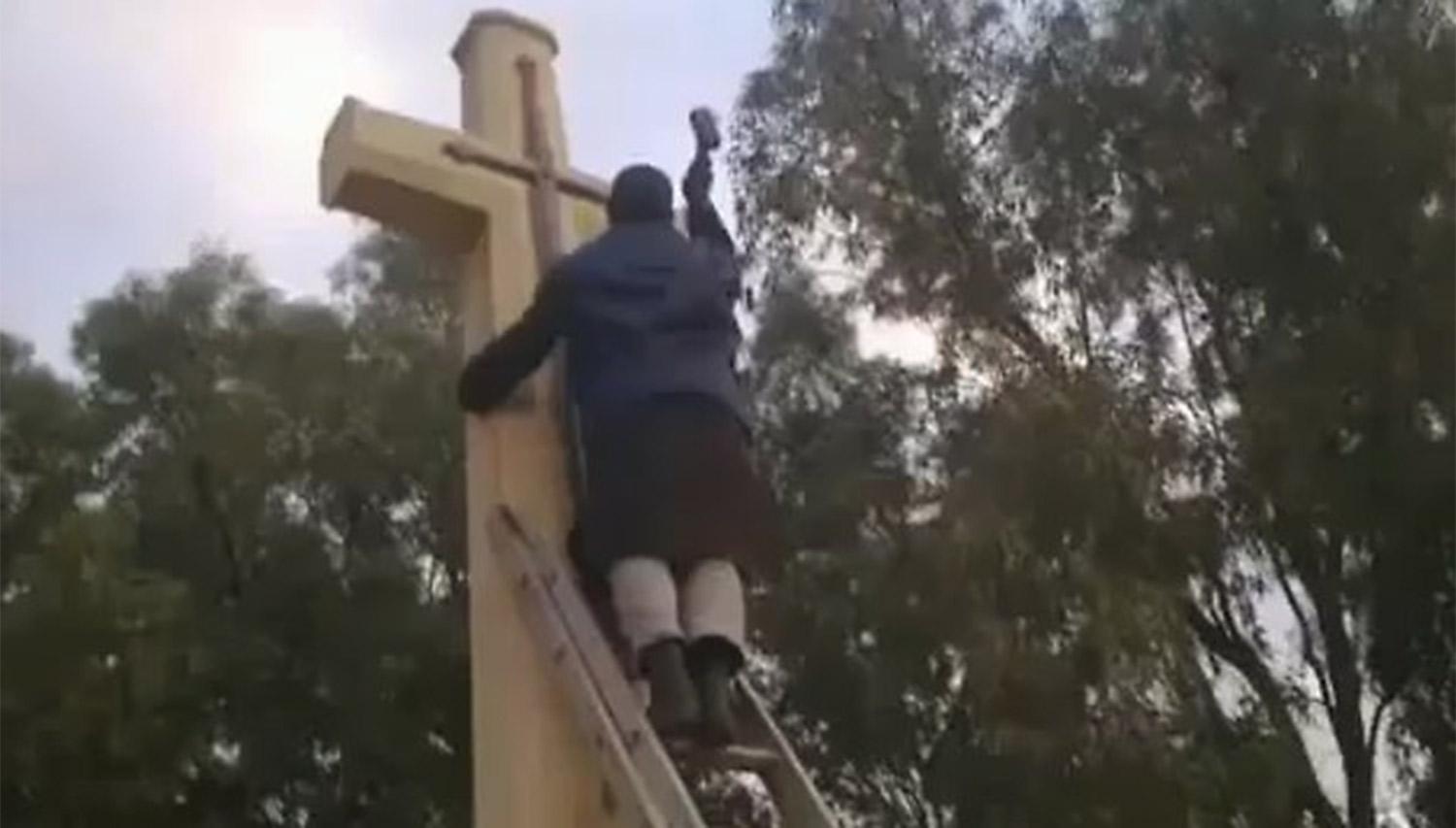 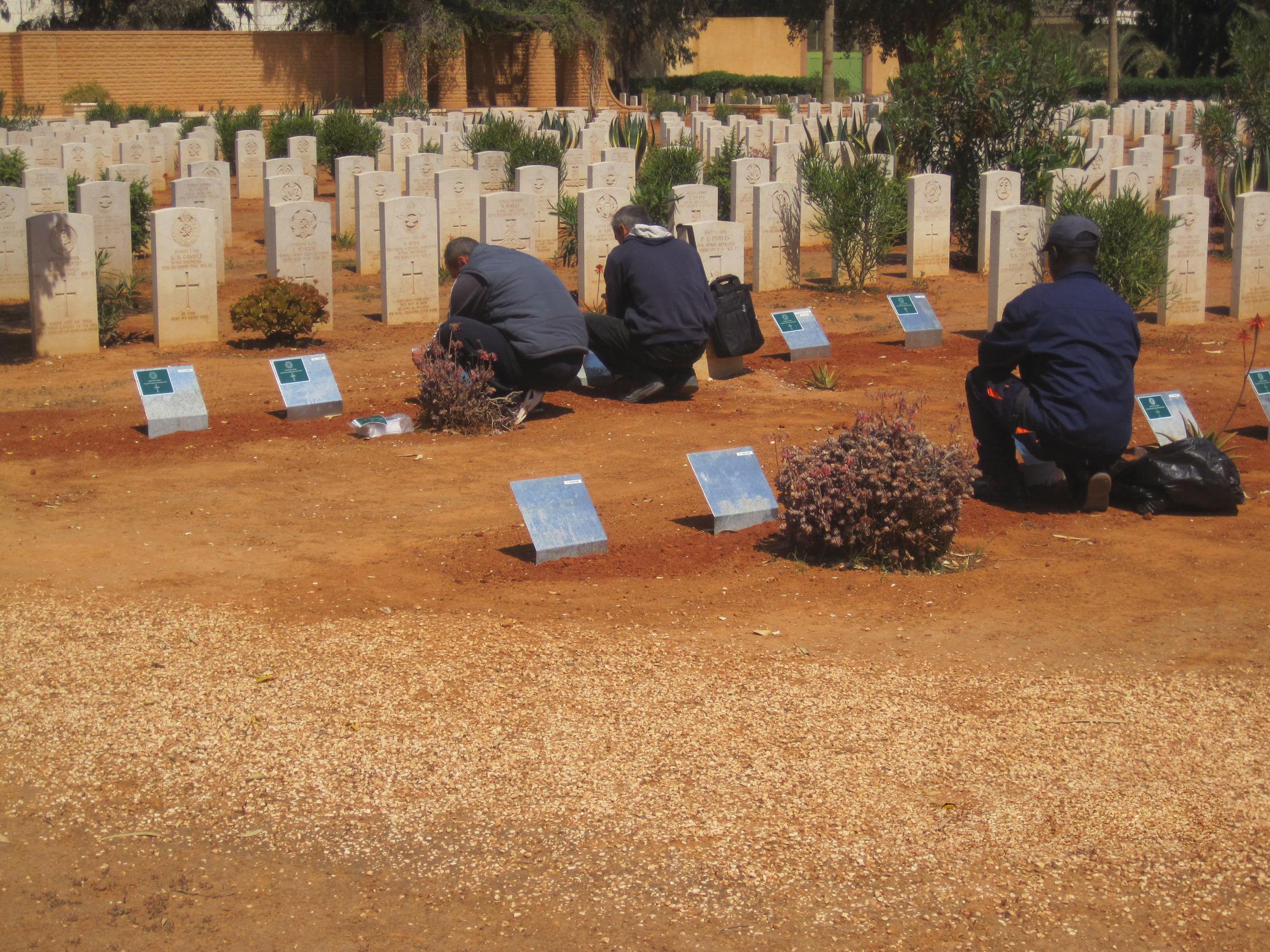 Images of the desecration caused outrage in the UK as well as in New Zealand and Australia where some of the 1,214 dead were born.

But the graves have now been fixed after jihadis were driven from the Libyan port city, where rows of pristine headstones now sit in the immaculate grounds.

And it has vowed to put right the destruction wrought on WW2 war graves in Mosul, Iraq, while the city was under ISIS control – as soon as it is deemed safe enough. 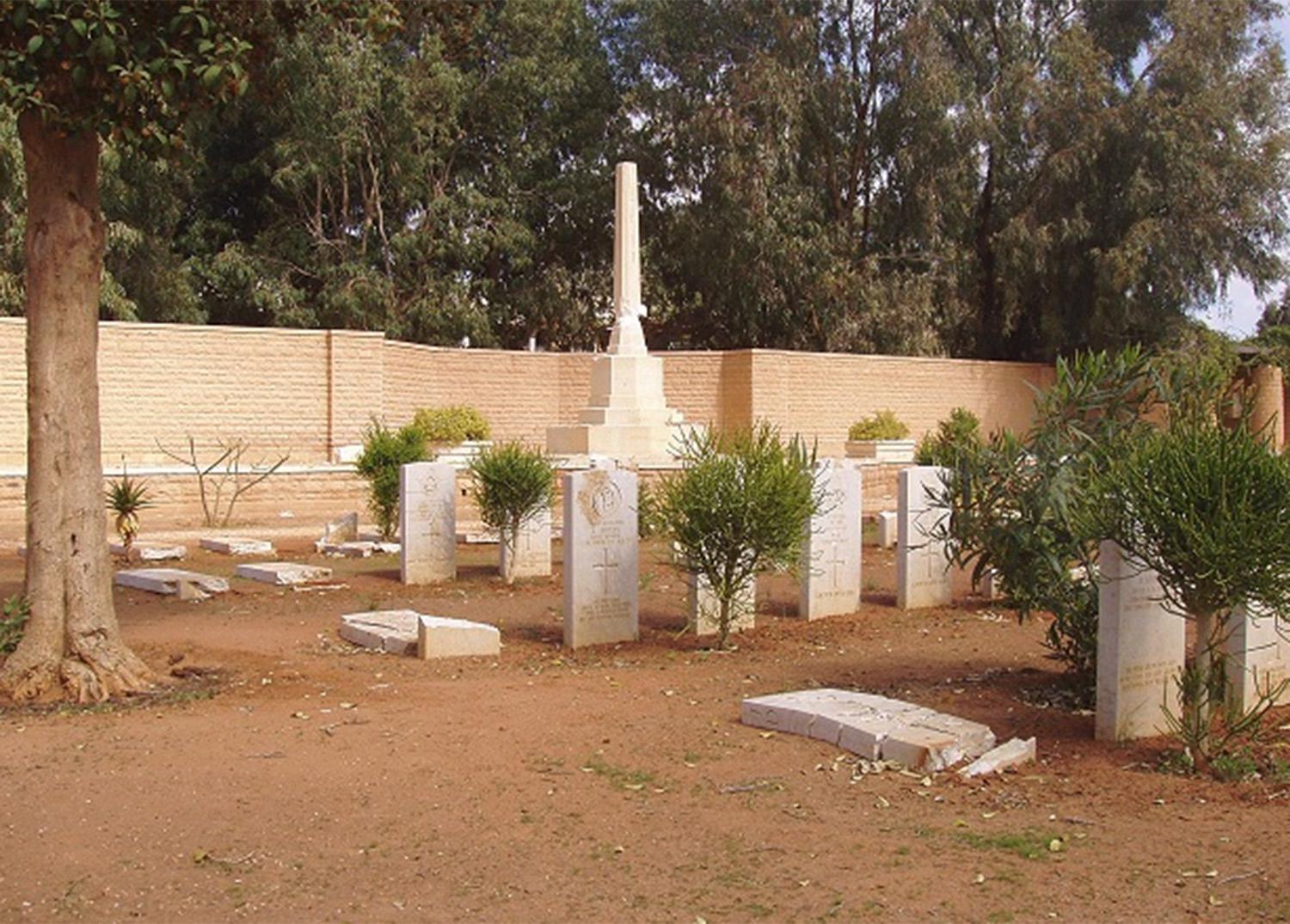 MONSTER ON THE STREETS

Chilling moment rapist carries woman along the streets before attack

The CWGC is responsible for just over 64,600 commemorations at 19 locations across Iraq.

A spokesman said: “We are under no illusions that the situation facing us in Iraq is challenging but there is hope and we are taking positive steps.

“It is our aim to increase our operational presence in Iraq as the security situation allows and we have a number of measures planned – including improved security and the enhancement and development of our horticultural work in Basra.

“At present all advice indicates the security situation in the north of the country and at Mosul is too unstable to attempt work.

“However, the Commission would like to reassure you that we have not forgotten or abandoned the cemeteries in Iraq and as the situation permits, we will restore them to a standard befitting the sacrifice of those buried and commemorated there.”

Two sites in Yemen damaged when headstones were pushed over are also ear-marked for restoration as soon as the situation is less dangerous.