Home » World News » Greece fires map 2021: Where are the wildfires? 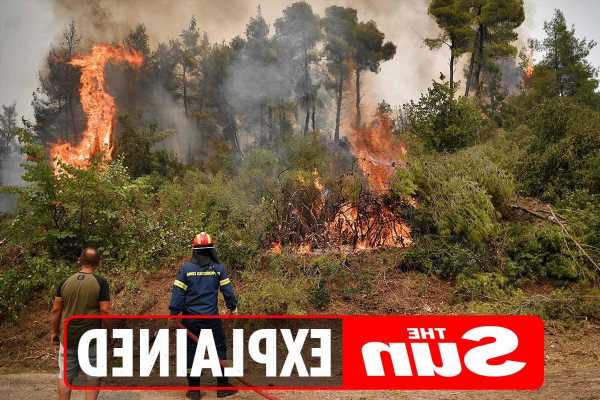 GREECE is engulfed in flames as wildfires ravage parts of the country.

The worst heatwave for 30 years has sparked chaos for locals and tourists alike. 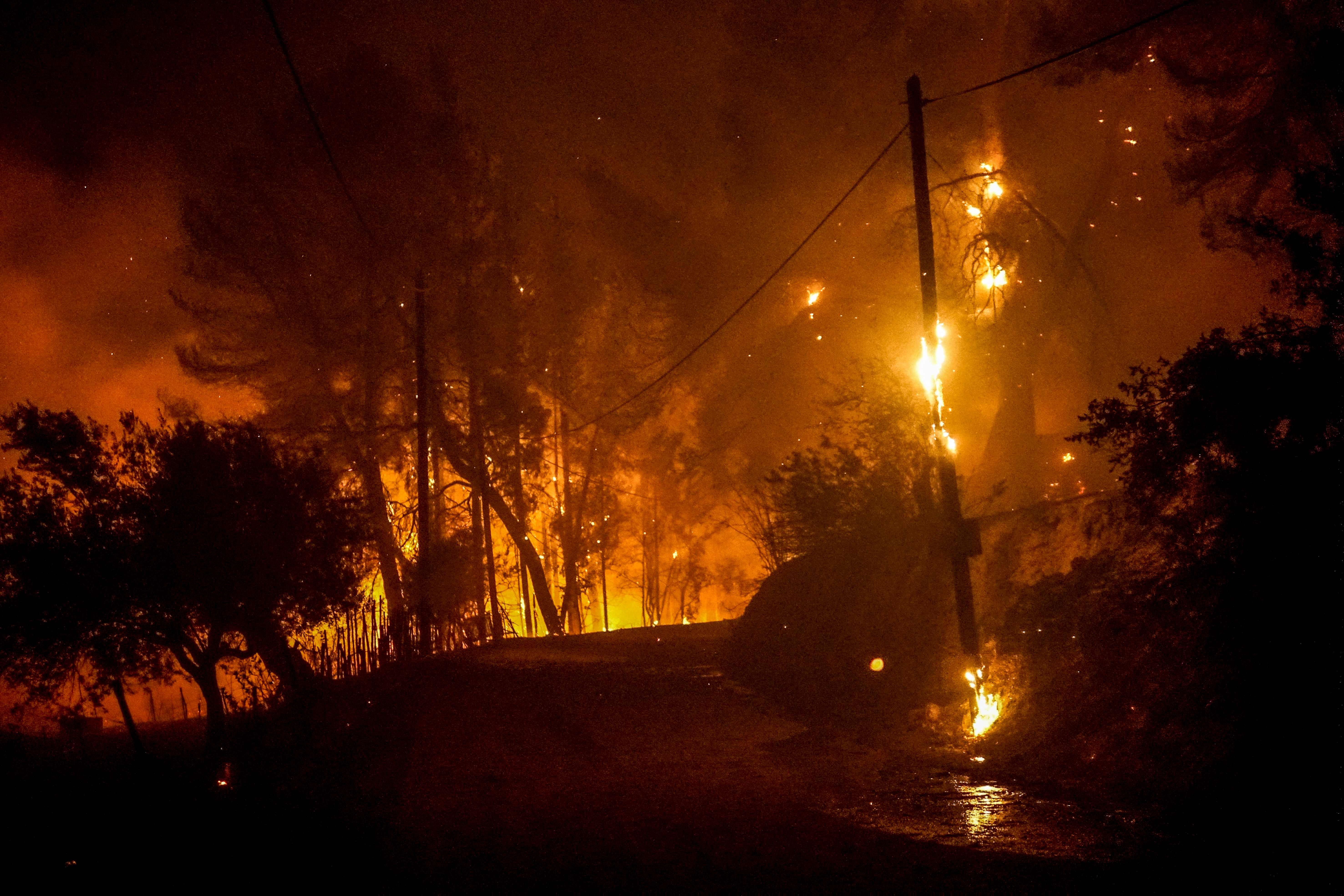 Where are the fires in Greece?

The fires in Greece have spread from the north of the country down to southeastern Lakonia and southwestern Peloponnese and beyond.

"Out of control" flames have enveloped homes in the suburbs of Athens, with Varympopi, Adames and Thrakomakedones the worst affected.

The blaze sent a huge cloud of smoke over the capital, prompting evacuations near Tatoi, almost 20 miles away.

The Greek army were called in to help firefighters tackle outbreaks on the island of Evia, while residents in Rhodes were left without electricity and water.

Water bomber planes and helicopters helped battle flames near Patras, Messinia and Mani in the Peloponnese.

Wildfires were also reported in Greece's northeast Attica region, as well as in Kos, one of the country's Dodecanese islands.

Seaside resort Loggos, popular with tourists, and the village of Psinthos, were evacuated. 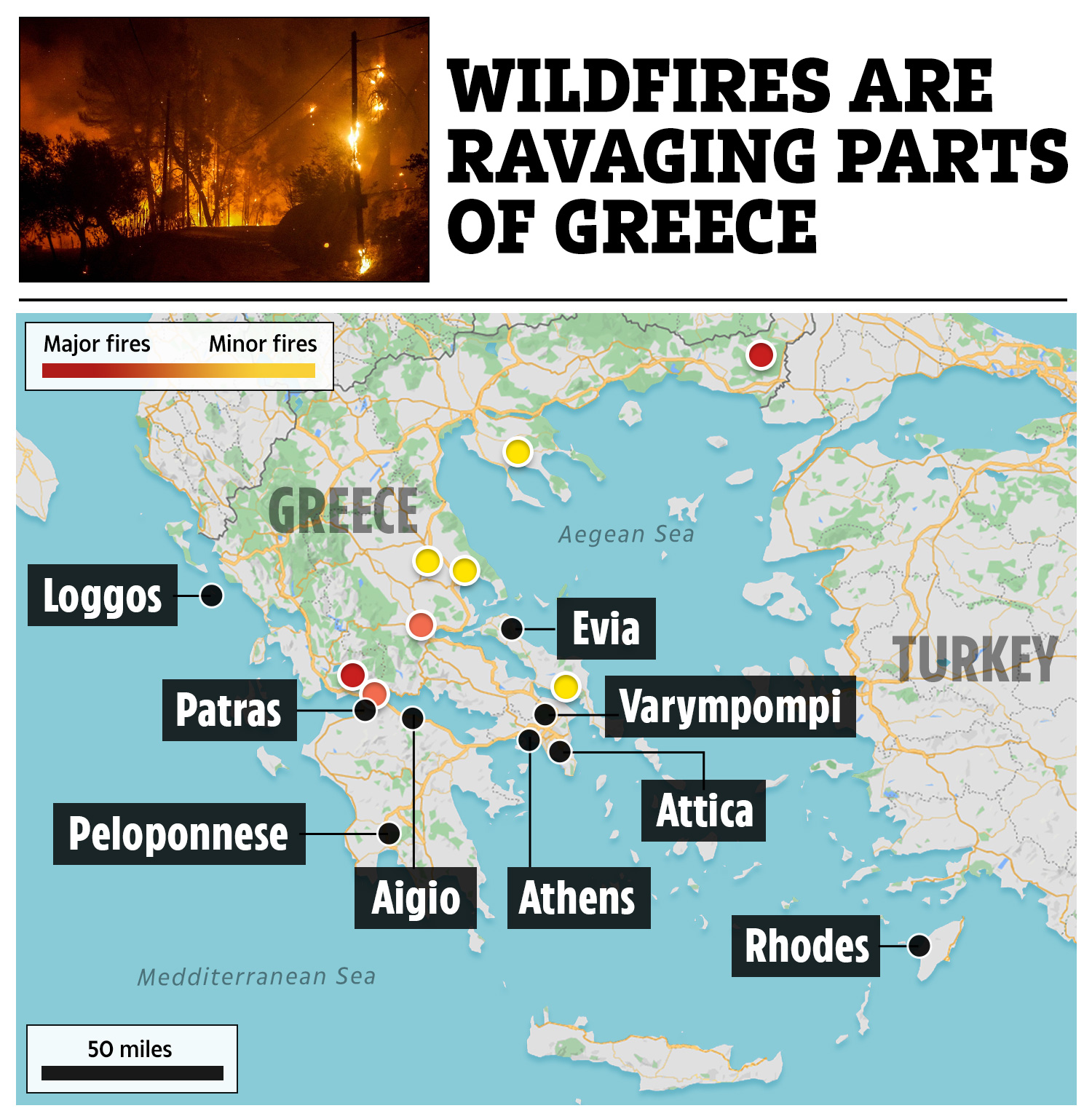 Temperatures of more than 40C and high winds have fanned the flames in Greece, with some places seeing the mercury soar as high as 47C.

Thousands of people have been evacuated from their homes and hundreds of frantic firefighters have been working to control the blazes.

Similar scenes are being seen in several other EU nations.

Italy and Turkey have been plagued by wildfires, with hundreds of thousands of acres burned.

Albania and North Macedonia have also been affected by outbreaks due to soaring temperatures. 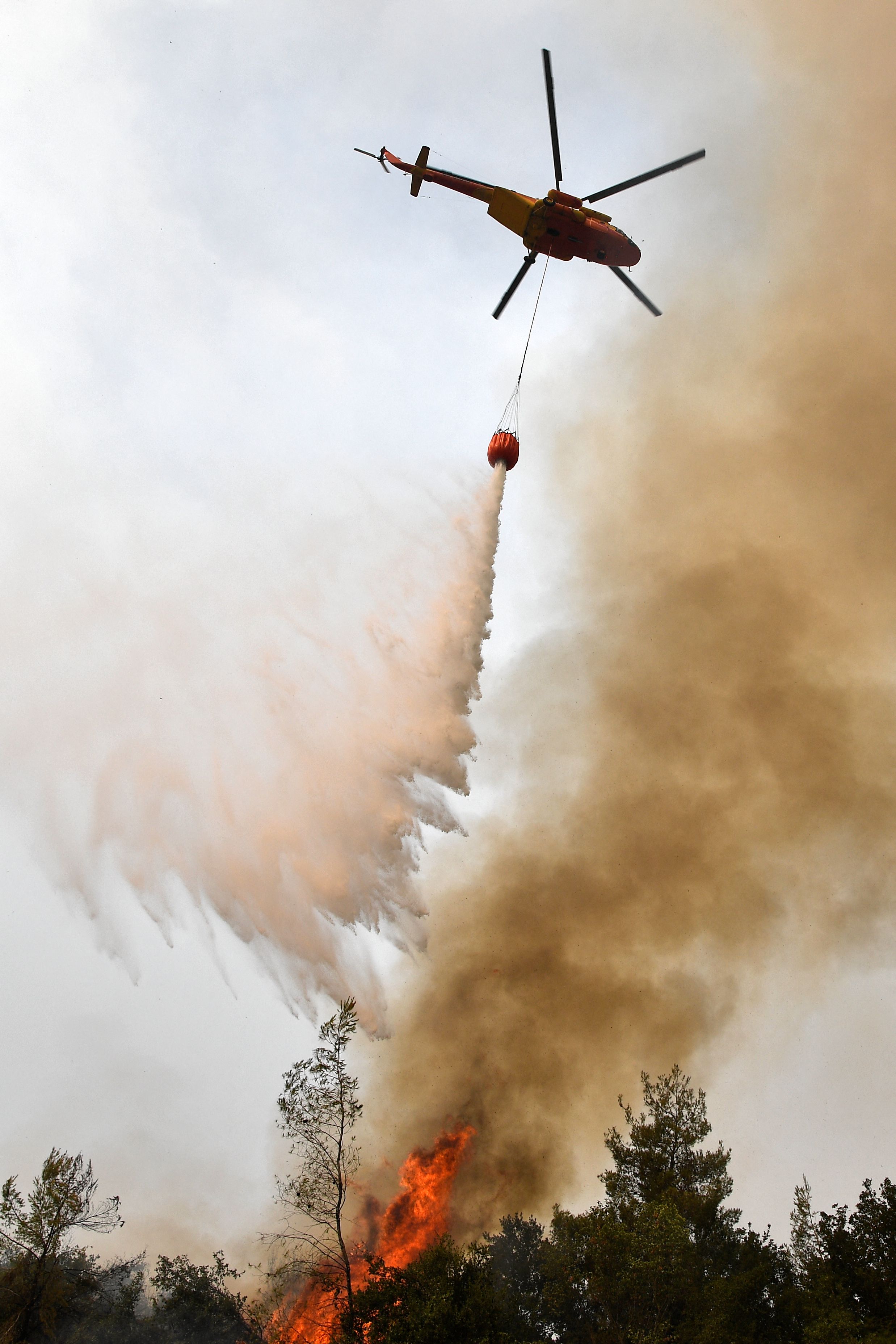 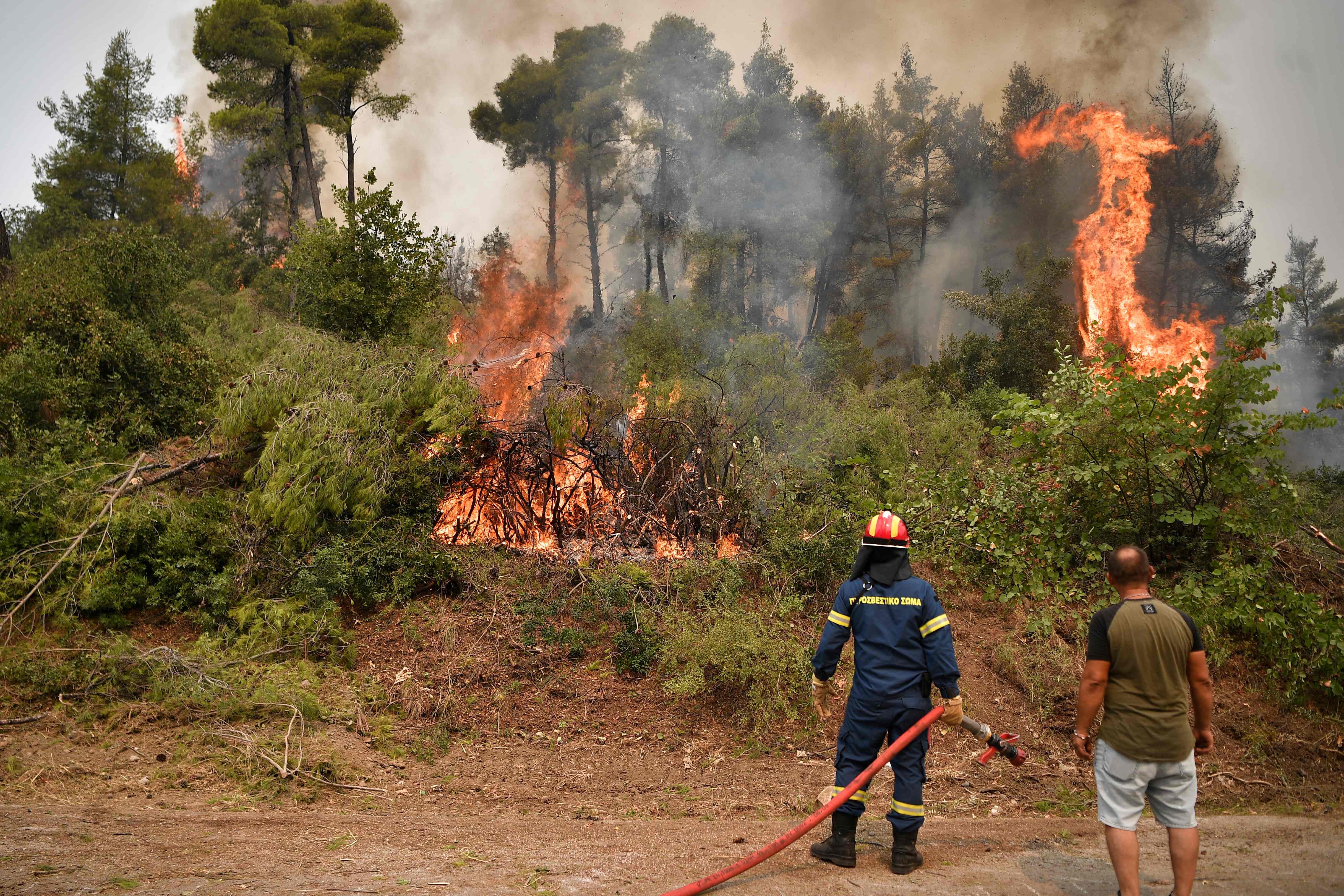