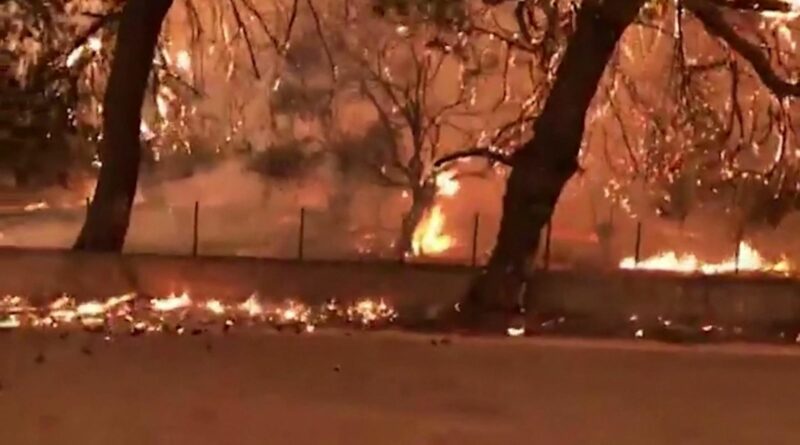 It is sad to think that just a few days ago a family lived happily in the burned shell of the house we are now looking around in the village of Limni on Evia Island.

That next door the same family ran a business built over 40 years. Now, the son of the family, Pablos Garyfallou, stares with incredulity at what he is seeing.

The village was one of the first to be evacuated during a week of devastating fires here. Pablos took his parents to safety and has returned to see what is left of the home they had to flee. 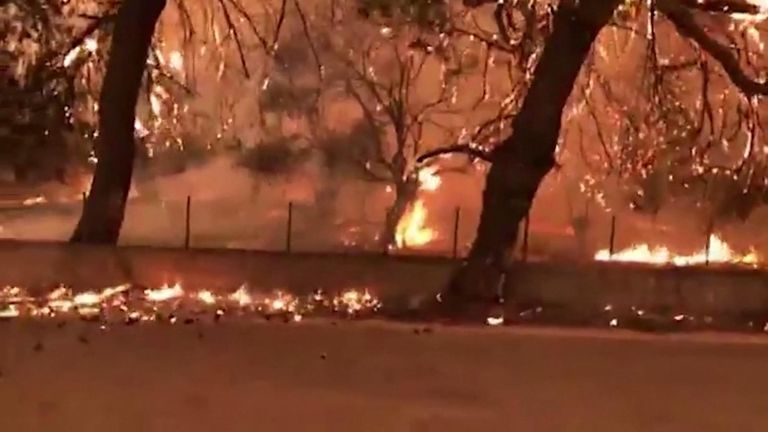 Everything is destroyed. The fire that swept through Limni was ferocious and Pablos says the emergency services were only preoccupied with getting people out, not saving property. He says more help should have been sent.

He tells me: “Maybe there were some people here but but it was only about the evacuation. It was not to take care of the houses. It was just to take the people away and save lives. Only one plane came over to tackle the fires.”

He says people in many villages are unhappy. Forced to flee their homes, they expected the emergency services to protect their properties. He says when his father learned of what became of what he worked so hard to create he simply cried.

And Pablos now worries what will happen to Evia. He says: “I think lots of people will leave the island. It’s not a small piece of Evia that has burned, it’s half the island. And who is going to pay for all this? We can’t pay, that’s for sure.”

That’s a question so many who have made their lives on Evia will now be asking. So much has been destroyed here and so much is still in jeopardy. From the village of Gouves we watch flames threaten a house on a hillside. There are no firefighters there to try to halt the fire. No plane overhead to drop water. 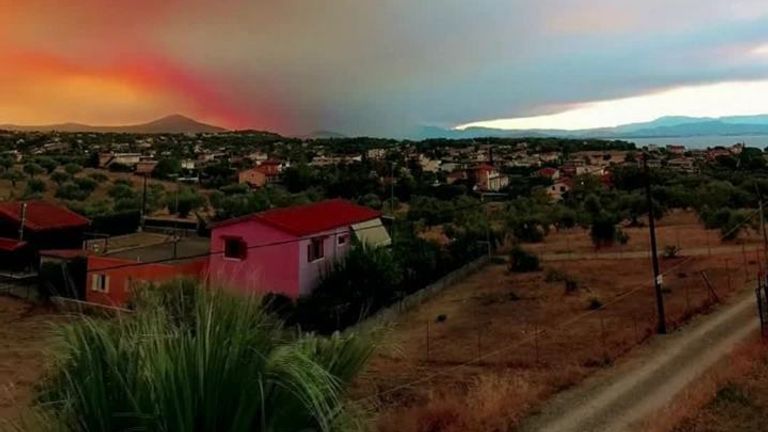 Instead three men, local residents, are using the only tools they have at their disposal to try to protect the property. Buckets of water.

Their efforts appear futile, but while we watch they are the only ones trying to do anything. And that makes the residents of Gouves angry. 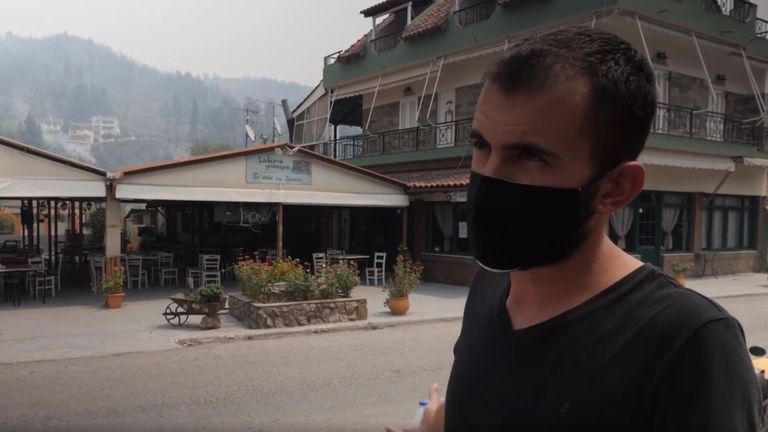 John Zisis is also watching. He tells us: “The people are fighting the fires alone. The forest is all burned out. The houses were saved so far because people fought for them. Only people. Nobody else.”

The truth is the emergency services have been overwhelmed on Evia. Support has now come with firefighters arriving from other nations but the scale and duration of the disaster has defeated all efforts. 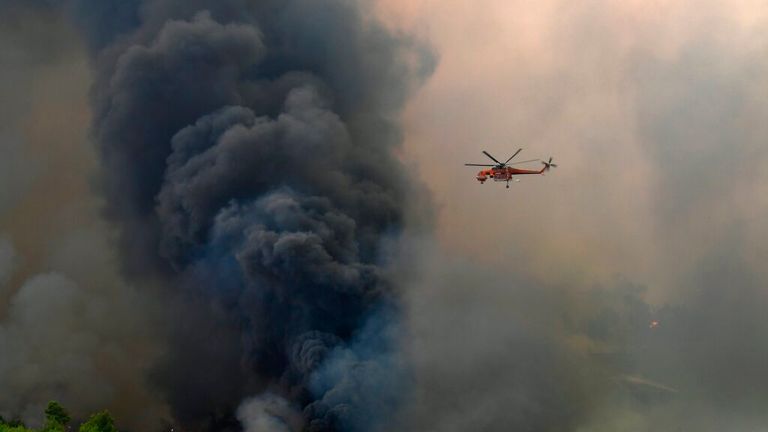 The Greek Prime Minister Kyriakos Mitsotakis has now apologised, saying what has happened on Evia “darkens the hearts of us all”. He went on to say: “I apologise for any weaknesses that existed.”

Those words are likely to ring hollow for many on this island who believe much more help could have and should have come.