ATHENS (Reuters) – Greece’s leftist Prime Minister Alexis Tsipras is expected to survive a parliamentary vote of confidence on Wednesday after his right-wing coalition partner quit in disagreement over a deal that aims to end a years-long name dispute with Macedonia. 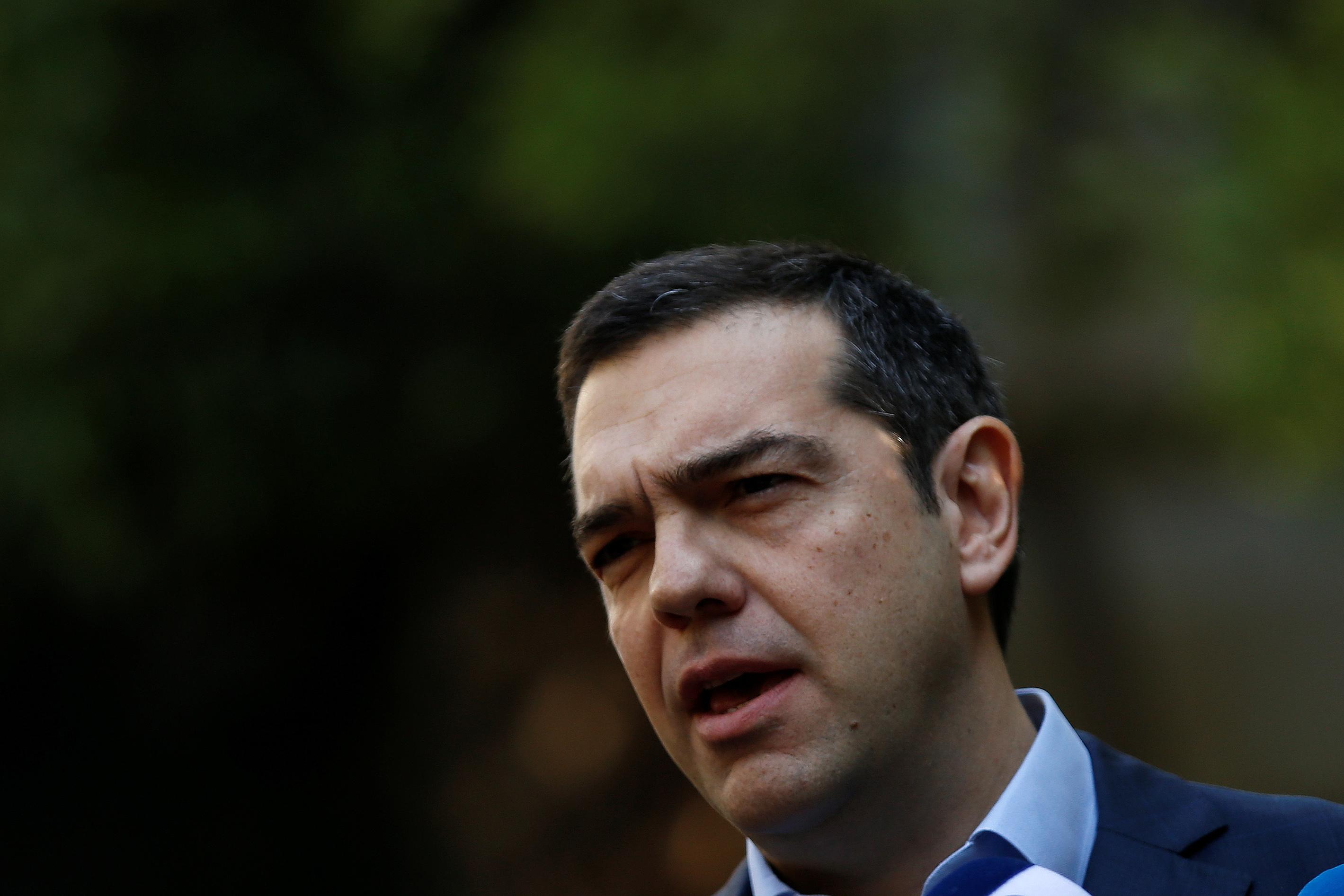 The coalition governing Greece for the past four years crumbled on Sunday after Defense Minister Panos Kammenos, head of the Independent Greeks (ANEL) party, left the government, leaving Tsipras short of an outright majority in parliament and raising the possibility of a snap election.

But investors are relatively confident that Tsipras can win the vote and the market reaction has been muted. Even if he loses, it would mean bringing an election scheduled for October forward by a few months, bankers and analysts said.

“A positive confidence vote (for Tsipras) remains the most likely outcome but even the eventuality of snap elections could be viewed as a shortening of the period of uncertainty,” said Tasos Anastasatos, chief economist at Athens-based Eurobank.

Greek lawmakers will start debating the confidence motion on Tuesday, culminating in a vote late on Wednesday.

Syriza has 145 seats in the 300-seat chamber and the support of one independent lawmaker, so needs at least five more to win.

Kyriakos Mitsotakis, leader of the conservative opposition New Democracy party, conceded that Tsipras can win the confidence vote in comments to ANT1 TV.

“It is possible that Mr. Tsipras can attain the 151 (deputies) but the clearest solution would be national elections,” he said, calling the coalition’s split a “prearranged and staged divorce.”

However, the crisis has put in doubt the fate of a 2018 deal that changes the name of Macedonia. Greek parliamentary endorsement of the new name – North Macedonia – is required for the tiny Balkan nation to join the European Union and NATO.

New Democracy opposes the deal and is some eight to 12 percentage points ahead of Tsipras’s Syriza party in opinion polls. Macedonia’s parliament ratified the deal last week.

If he wins the confidence vote, Tsipras aims to bring the Macedonia name deal to parliament and to complete reforms before the election.

Tsipras made himself unpopular among voters shortly after being elected in 2015 by signing up to a third international bailout that entailed painful austerity measures, but the Macedonian riddle is what could prove his undoing.

The name Macedonia, with its links to ancient Greek history and culture, is a deeply emotive issue for many Greeks. They say Skopje’s use of the name implies a territorial claim on a northern Greek province also called Macedonia.

Defending the name deal on Sunday, Tsipras said: “As a government we made the choice to lift the historical burden, to proceed assuming the political risk, and cost, of this process.”

The yield on Greece’s benchmark 10-year bond was down two basis points in afternoon trade on Monday, while the stock market traded 1.3 percent lower.

“The market thinks that Tsipras has the votes he needs in the bag. That’s why bonds are quiet,” said one trader.

The confidence vote, whatever the outcome, is not expected to have much impact on Greece’s debt financing and privatization plans. The debt agency plans to raise 5-7 billion euros from bond markets this year.

Wolfango Piccoli, co-president of London-based Teneo political consultancy firm, said the end of the Syriza-ANEL coalition may prove positive for investors as it could force Tsipras to call a snap poll, possibly around the May 26 European Parliament elections.

“This would reduce the risk that 2019 will turn out as a write-off year due to an electoral cycle that would otherwise last until late in the year,” he said.