In a harrowing testimony Antonio Roncolato told the public inquiry into the fire how he was suffocated by billowing black smoke as he made three attempts to exit the West London block on June 14 last year. 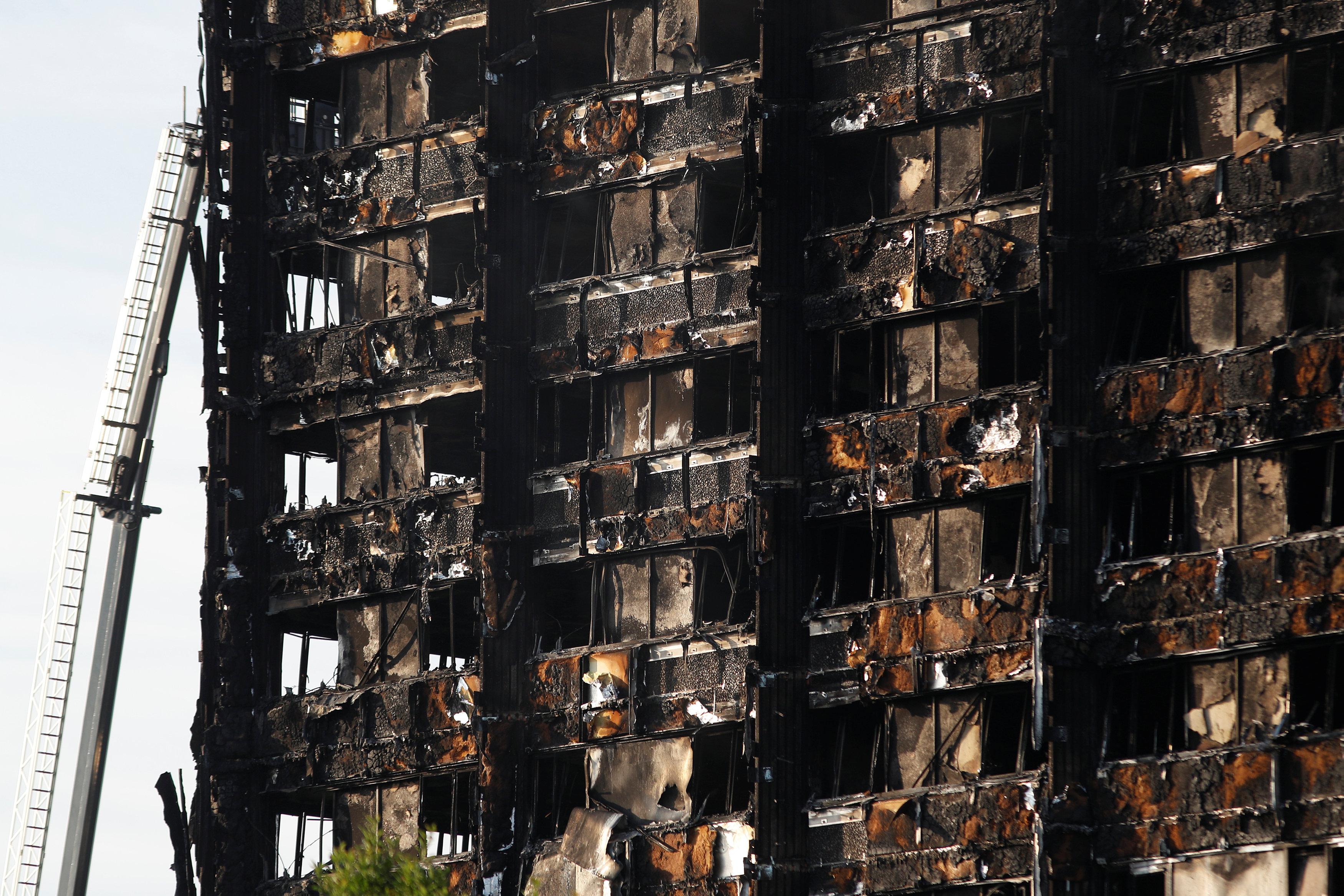 The first survivor to give evidence at the inquiry, Mr Roncolato told how he went to sleep in his 10th floor flat at around 10pm after working a shift at a hotel.

The next thing he remembered was being woken up at 1.40am by a call from his son, who was crying and saying: "Get out of the house, the tower's burning, I love you Pappy get out".

He first thought the noise was due to someone having a party but then realised he could hear sirens and screaming.

He said: "I started waving at the crowd below and turned my lights on and off to attract their attention. 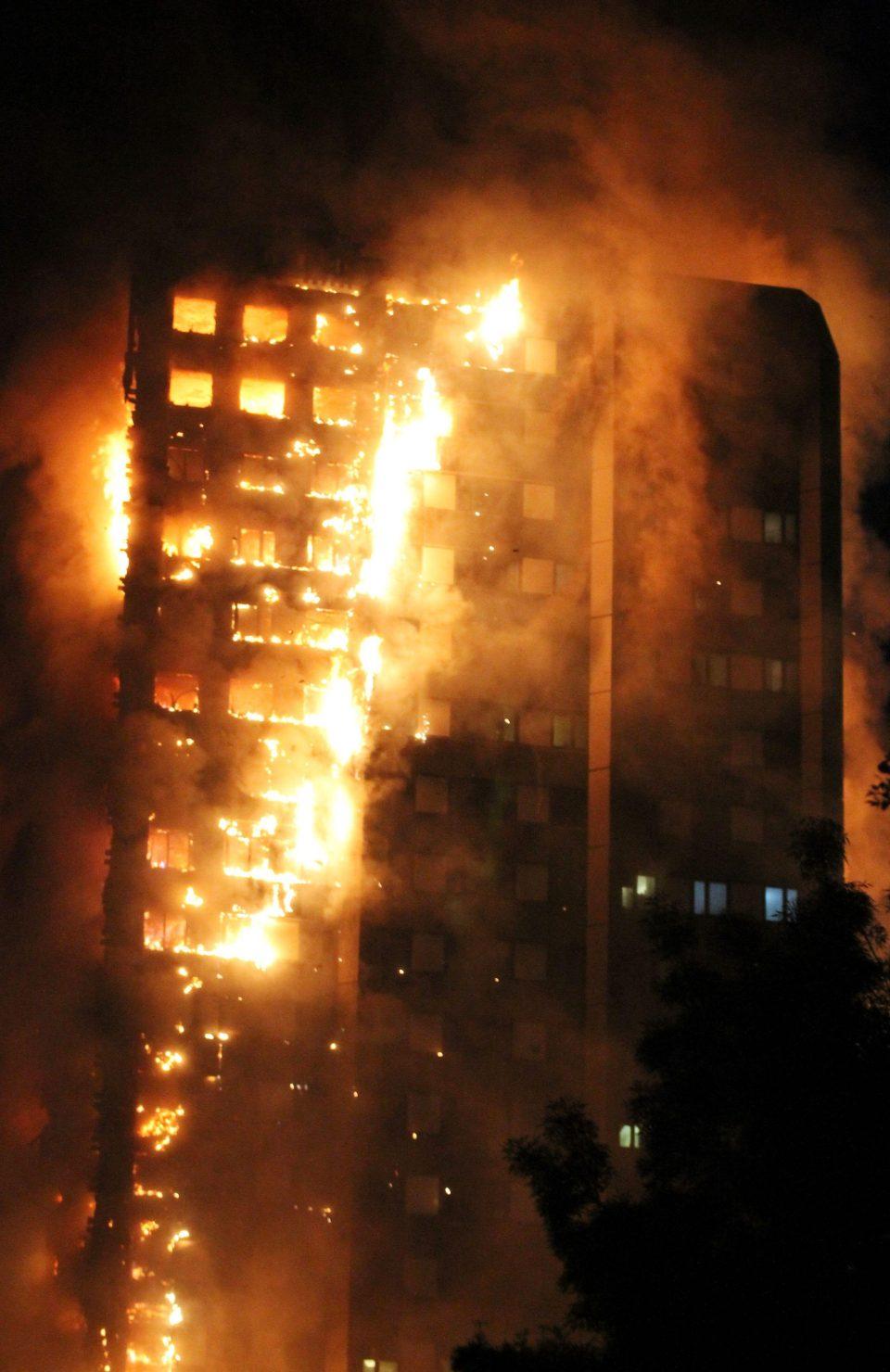 "I could hear some people shouting 'get out' but there were others shouting to 'stay put'. I did not know what to think."

He was hit by a wall of thick black smoke when he first opened the door and attempted to leave.

A text from his son showing a photo of orange flames surrounding the building made him realise the danger he was in.

"I knew that one mistake would be fatal," he said. 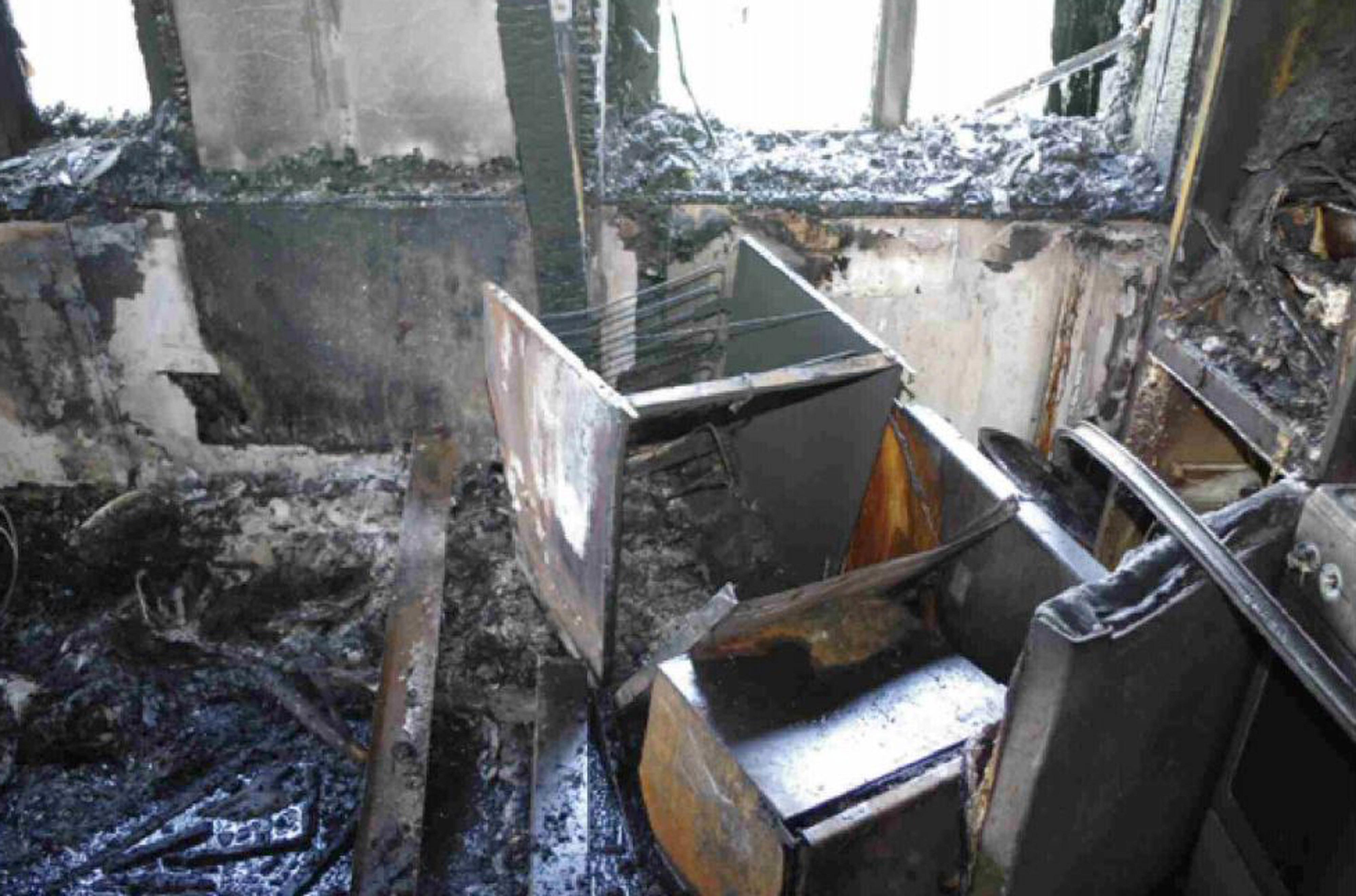 He quickly dressed and packed his rucksack with his laptop, passports and documents before making his first attempt to leave.

"The entire communal landing was full of smoke and I could not see anything," he said. The smoke was very smelly and hot. It was suffocating. I immediately closed my front door again and pulled the chain across to lock it." 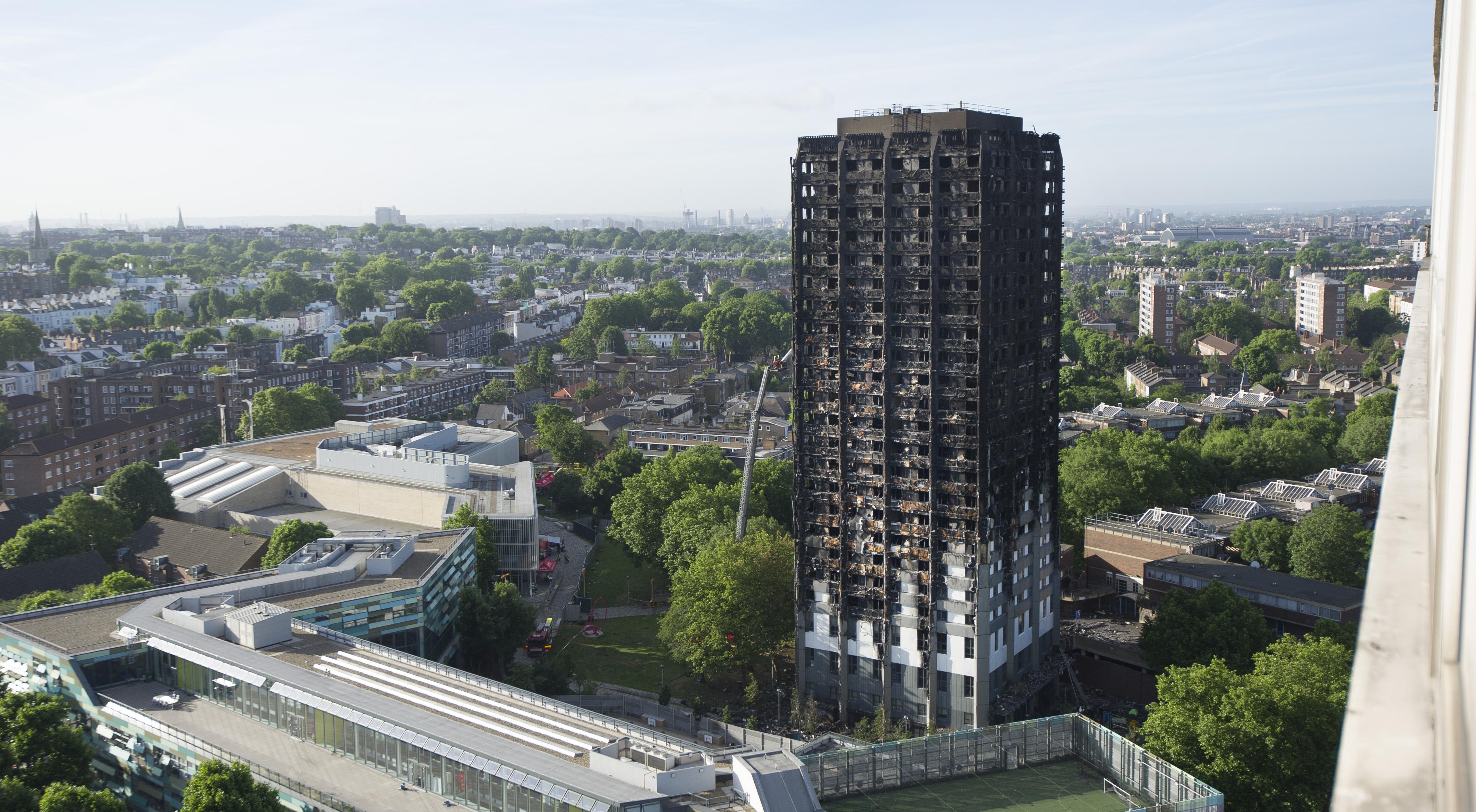 Mr Roncolato's son called him again after sending the photo and he passed on his location to a fire marshal, who told him to "stay put" as the fire was not near his flat.

At around 2.30am smoke started to fill his living room and he used wet towels to stem the flow.

He said he could see there was fire above him and noticed flames "crawling down the left side of Christopher's bedroom window". 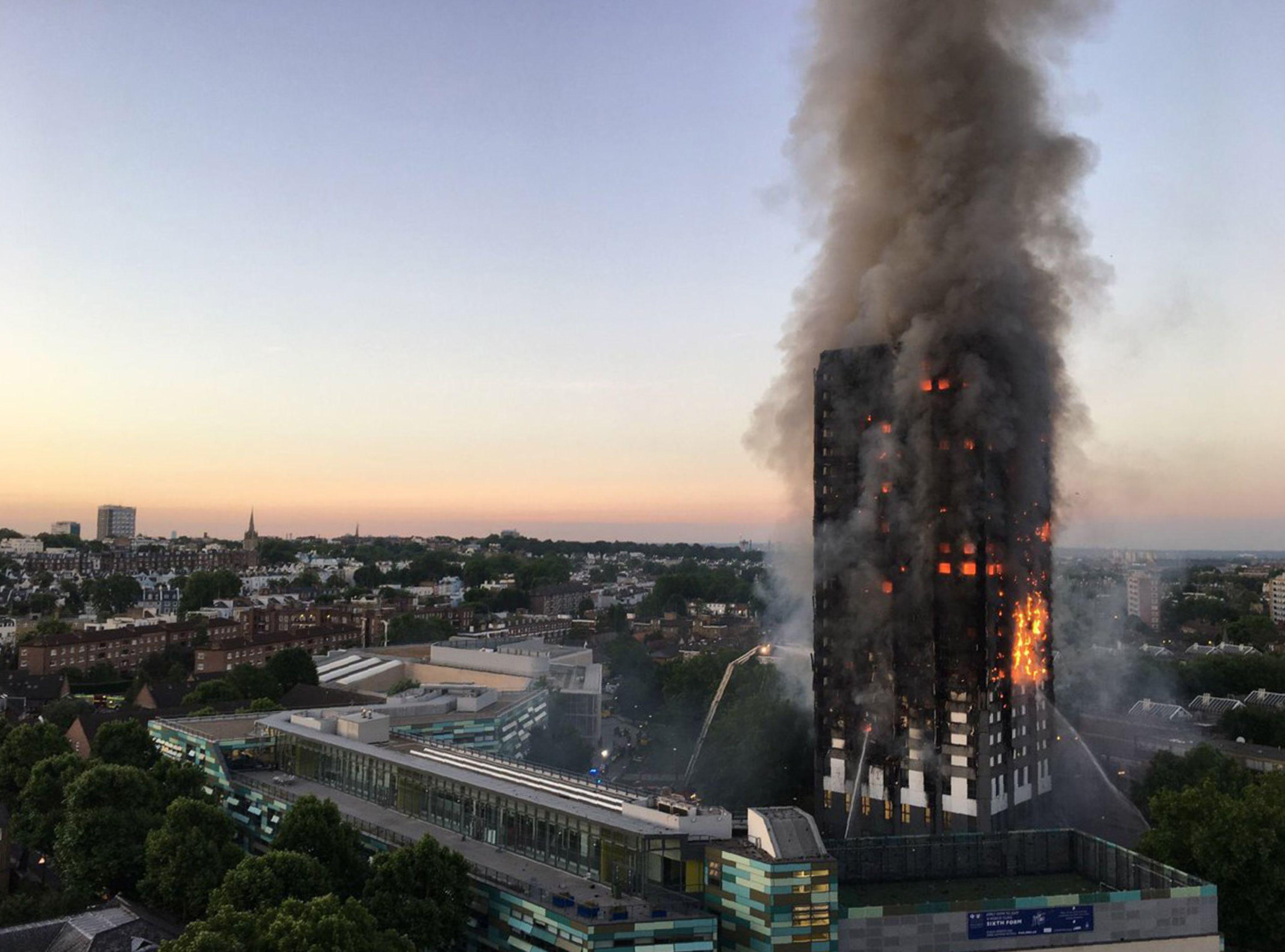 He tried to leave his flat again at about 4.30am, but was stopped by the thick black smoke outside his front door.

After this second attempt, he phoned the emergency services and said he did not want to risk anything or "try to do something heroic" to get outside.

He told the operator there was "plenty of smoke" but that the flames he had previously seen crawling down Christopher's bedroom window were gone.

In a final call at 5.46am he told his son he needed to speak to someone in charge, and was passed to a fire marshal who told him firefighters were coming to get him and to "be ready".

Minutes later, two firefighters in breathing apparatus entered the flat and put a wet towel on his head, mouth and nose, and helped bring him to safety.

Some 72 people died in the West London blaze on June 14 last year, with a further resident dying in January.

His evidence marks the beginning of a gruelling month of statements from survivors, relatives and friends of those who died and nearby residents, at Holborn Bars in Central London.