Home » World News » Grieving daughter, 34, is fundraising for her own FUNERAL

Grieving daughter, 34, who lost two siblings and father to Type 1 diabetes is fundraising for her own FUNERAL after being told she has just weeks to live due to same disease

A 34-year-old woman who lost two siblings and her father to diabetes is fundraising to pay for her own funeral – after being told she too will die from the same disease.

Suzanne Shipley – from Warrington, Cheshire – was still mourning the recent loss of her sister Claire in October when she was given the heartbreaking news that she had just weeks to live.

Suzanne’s fight to keep going has astounded doctors but she is now being provided with end of life care at home from her devastated mother Rose and older sister Laura. 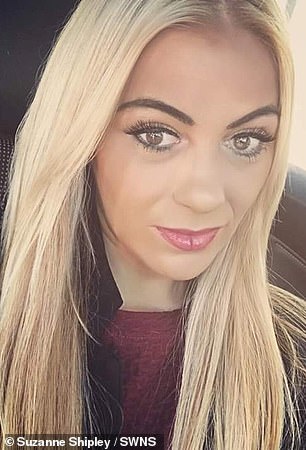 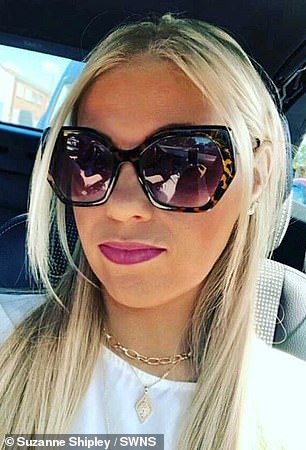 Suzanne Shipley, 34, who lost two siblings and her father to diabetes is fundraising to pay for her own funeral – after being told she too will die from the same disease 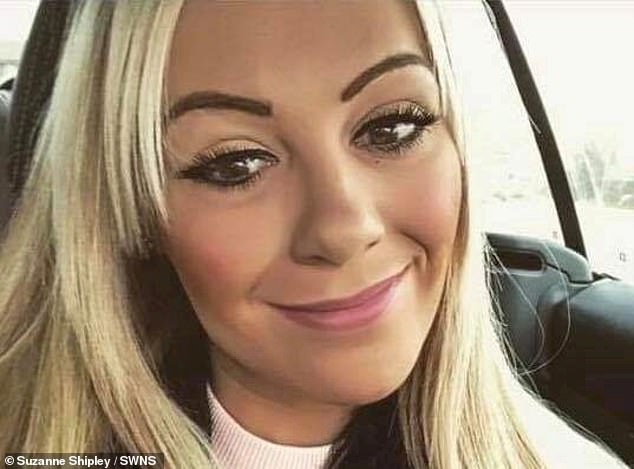 With Rose still paying for Claire’s funeral, the family have made a desperate appeal for financial help, at a time when money ‘should be last thing on their minds’.

In just three days their crowdfunding page has accumulated £8,000.

Suzanne has since thanked people for their generosity in a message posted on social media.

She said that despite being ‘terrified of dying and leaving behind those I love’ the donations to help her family afterwards have ‘eased my mind so much’. 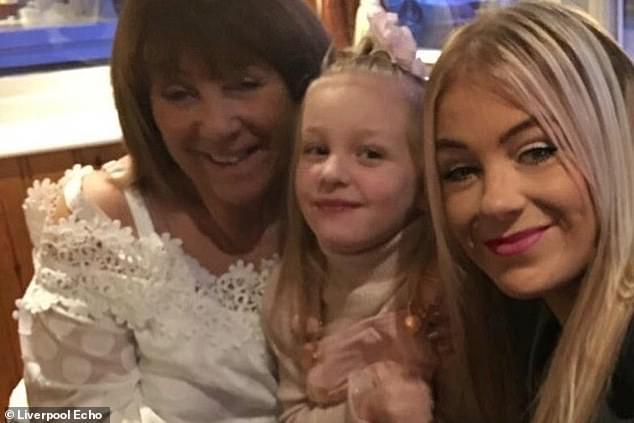 With Rose (left) still paying for Claire’s funeral, the family have made a desperate appeal for financial help, at a time when money ‘should be last thing on their minds’. Pictured: Suzanne with her mother and her niece Sienna

Suzanne, a Type 1 diabetic, requires kidney dialysis four times a week and in 2017 she had her lower leg amputated after contracting sepsis.

She then developed neuropathy and retinopathy, issues relating to her nerves, and had a kidney transplant donated from her mother Rose.

Last month, following a check up, doctors found her kidneys were functioning at only 8 per cent.

It was then that they gave her the earth-shattering news no further treatment could be carried out. 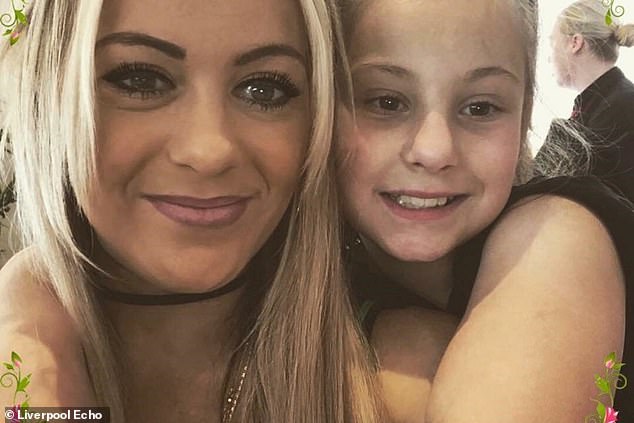 Suzanne, a Type 1 diabetic, requires kidney dialysis four times a week and in 2017 she had her lower leg amputated after contracting sepsis. Pictured: Suzanne and her niece Maisie

What are Type 1 and Type 2 diabetes?

Type 1 diabetes is an autoimmune disease that causes the insulin producing cells in the pancreas to be destroyed, preventing the body from being able to produce enough insulin to regulate blood glucose levels.

If the amount of glucose in the blood is too high, it can, over time, seriously damage the body’s organs.

Patients diagnosed with type 1 are treated with insulin.

It has sometimes be referred to as juvenile diabetes, but the term regarded as outdated because the condition can develop at any age.

Type 2 diabetes is a condition which causes a person’s blood sugar to get too high.

Over 4 million people in the UK are thought to have some form of diabetes.

Type 2 diabetes is associated with being overweight and you may be more likely to get it if it’s in the family.

The condition means the body does not react properly to insulin – the hormone which controls absorption of sugar into the blood – and cannot properly regulate sugar glucose levels in the blood.

Excess fat in the liver increases the risk of developing type 2 diabetes as the buildup makes it harder to control glucose levels, and also makes the body more resistant to insulin.

Weight loss is the key to reducing liver fat and getting symptoms under control.

Staff gave Suzanne only two weeks to live but she has defied the odds to live an additional fortnight, although she isn’t expected to have long left.

As well as losing Claire to diabetes, Suzanne also lost her father, Graham, and her brother, Stephen, to the same disease.

Her friend Jo Tocher, 41, set up the fundraising page on crowdfunding site GoFundMe to pay for the funeral and to support Rose afterwards.

She said: ‘I was heartbroken when I heard about how worried Suzanne was about funeral costs – it’s the last thing she should be worrying about.

‘Rose and Laura haven’t worked for a while because they have been caring for Claire and Suzanne, so I thought I would do what I can to help.

‘The money raised will pay for Suzanne’s funeral and what’s left will go to Rose and Laura.

‘It’s impossible to even imagine what they have been through, it’s not something she will ever get over but hopefully some financial support will help a bit.

‘They can use the money to go on holiday or something, they deserve that after all the pain they have gone through over the years.’

Mum-of-four Jo described the Shipley family as ‘the strongest group of people I know.’

‘They are the nicest people in the world, they would do anything for anyone and their attitude throughout all this has been unbelievable,’ she said.

‘What they have been through is heartbreaking.’