Oxford-educated geography teacher, 47, at £9,000-a-year boarding school who shared hotel bed with female pupil and visited restaurants with her is banned from classrooms for life 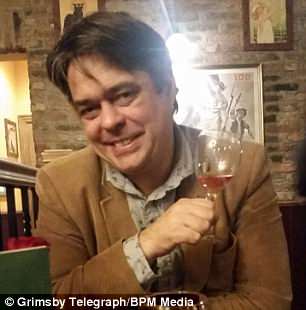 Kevin Cooper, 47, has been banned from teaching over a hotel stay with a girl

An Oxford educated geography teacher who shared a hotel bed with a pupil and took her to restaurants has been banned from teaching for life.

Kevin Cooper, 47, was a boarding master and teacher at the private St James School in Grimsby when he struck up an inappropriate relationship with a student.

In 2016 Cooper exchanged messages with the girl on social media before meeting in private, a disciplinary panel of the Teaching Regulation Agency (TRA) was told.

The relationship at the £9,000 per year school escalated and in May 2016 he spent three nights in London with the girl, who he shared a hotel bed with.

The girl claimed there was no sexual contact between the pair but Cooper’s conduct was deemed to be ‘sexually motivated’ by investigators.

Police officers also found the pair parked in a lay-by together, early in the morning in the same year.

Cooper admitted to the panel he wanted a relationship with the student, but denied he was sexually motivated.

He said: ‘My intention was always to remain utterly professional – once it became clear that she felt as strongly for me as I did for her, I harboured the hope that after leaving the school, we might enter a romantic relationship’. The teacher, who studied Geology at Oxford University was suspended in July 2016 was found guilty by a disciplinary panel of unacceptable professional conduct.

He is now working in the wine industry, according to social media accounts. 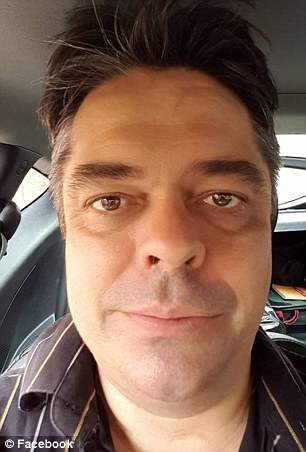 Cooper had denied the bulk of the allegations against him including that his conduct was sexually motivated.

He had also denied that an assault conviction from 2015 was relevant to the case.

But Ms Dandy said she considered that, in order to satisfy the maintenance of public confidence in the teaching profession, there should be no review period.

The panel in their findings said they were ‘unable to reconcile Mr Cooper’s denial that he was sexually motivated with his actions.’

They said : ‘Mr Cooper was sexually motivated in his pursuit of an inappropriate relationship with a pupil, and as such this was serious sexual misconduct. In a separate incident, Mr Cooper was convicted of assault.’

Mr Cooper can appeal to the High Court.