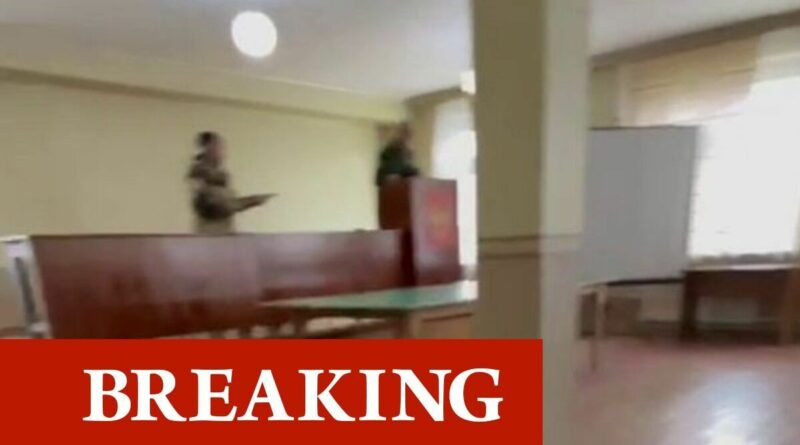 A gunman has opened fire at a Russian draft office amid fury over Vladimir Putin’s military mobilisation. He was detained following the shooting in the town of Ust-Ilimsk in the Irkutsk region on Monday.

The gunman shouted “no-one’s going to fight” and “we’re all going home now”.

A video shared on social media shows him firing at least one shot inside the draft office.

In a separate video he is seen identifying himself to police officers as 25-year-old Ruslan Zini.

Irkutsk region Governor Igor Kobzev wrote on the Telegram messaging app that the draft office head was in hospital in a critical condition.

He added that the gunman “will absolutely be punished”. 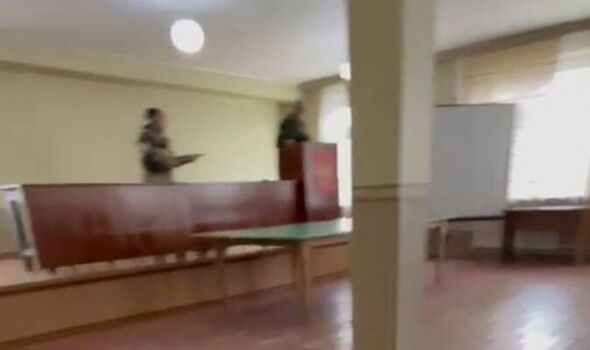 Police in Irkustsk did not comment but told reporters: “We are collecting information.”

It comes after the Russian President last Wednesday announced a partial military mobilisation with 300,000 reservists set to be called up for his invasion of Ukraine in response to a fierce counter-attack.

But the move has proved to be unpopular with men of fighting age fleeing the country amid speculation the borders could be closed.

A number of draft offices have been attacked since the announcement.

Meanwhile, protests against the call up erupted over the weekend in Dagestan and Yakutia. 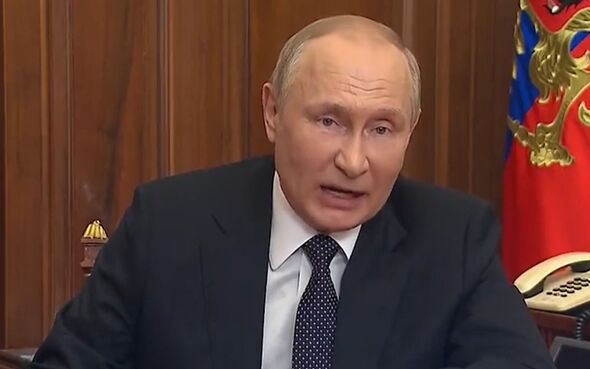 The Ministry of Defence said: “Russia will now face an administrative and logistical challenge to provide training for the troops.”

It added that many of the drafted troops will not have had any military experience for some years.

The move could spark a wider war as it gives the Kremlin the pretext to claim parts of Russian territory are being attacked.

In his televised address, the Russian President also issued a nuclear threat to the West.

Putin insisted “it’s not a bluff” in his speech as he vowed that Russia would use nuclear weapons if its territory was threatened.

He accused the West of “nuclear blackmail” and claimed “high-ranking representatives of the leading Nato states” had talked about the possibility of using weapons of mass destruction against Russia.

He added: “To those who allow themselves such statements regarding Russia, I want to remind you that our country also has various means of destruction.”