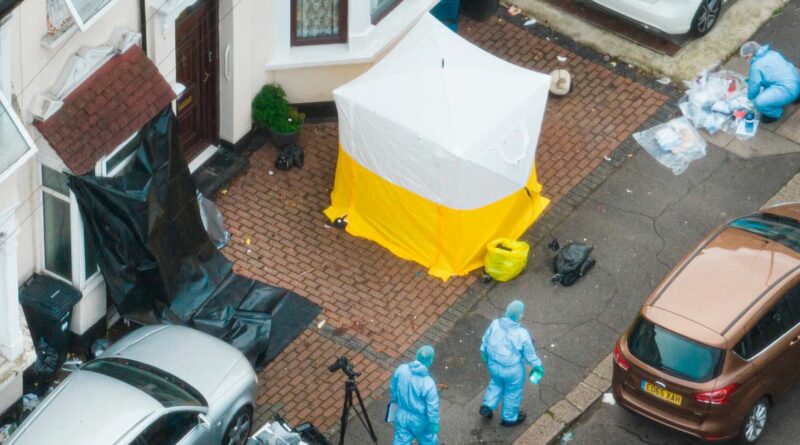 Gunmen are believed to have used the cover of Diwali fireworks as a way of shooting dead two rival gangsters at a notorious drugs den.

Horrified neighbours believe they heard the murders of two men in east London shortly after midnight, with a taxi driver claiming he frequently collects people from the spot of the shooting.

A third man is said to have suffered gunshot wounds and remains "critical" in hospital following the shooting, which took place at an apparent "drugs den" ran by a local gang.

Armed police were also deployed to the Henley Road, Ilford, address, but no arrests have yet been made.

One resident who did not want his name published said "infighting" had been apparent in the large criminal gang and had led to a split.

"They’ve jumped out at each other a few times over the years. It seems they were using the Diwali fireworks as cover, if you think about it, there were a lot of fireworks going off.

"There was a lot of things going on, so it was a perfect time. It must have happened inside, and then they dragged him out and got him up. It wasn’t like there was one or two of them, there must have been quite a few people there."

An Uber driver who says he lives near to the scene of the shooting claimed the property was rented and that there were two flats inside, saying: "There were people there all night, Somalian people. I've picked them up before, some go to Wood Green some go to Tottenham, one guy I took to Plaistow.

"I think they like the drugs, I can smell them, the drugs, when they sit inside the car and you can just tell when someone is on drugs.

"I work for Halo, Uber, Bolt and if police want to track them they just have to look at the records there. They are here every weekend."