London: Cheaper flights to Britain are one-step closer, Heathrow airport claimed on Monday, as the British Commons voted in favour of a building a third runway, bringing a 50-year debate on a decision to an end.

The House of Commons voted 415 to 119 to approve plans to build a third runway at Heathrow in a vote on Monday night local time. 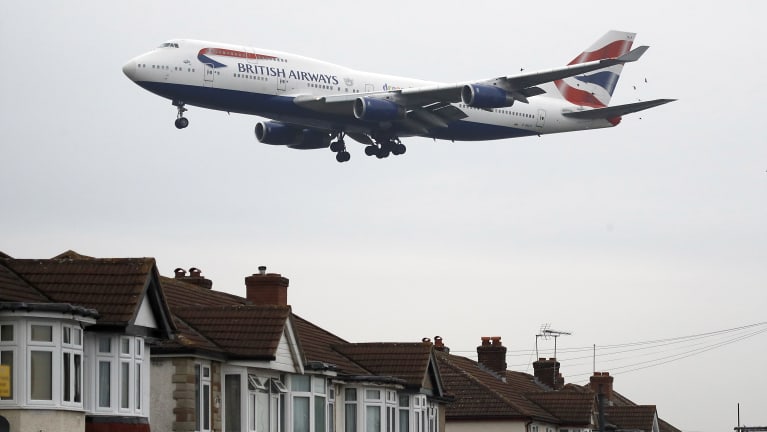 A plane approaches landing over the rooftops of nearby houses at Heathrow Airport in London.

Foreign secretary Boris Johnson emerged in Afghanistan on the day of the vote, evading having to choose between his job as cabinet minister or voting in favour of something he infamously claimed he would lay in front of a bulldozer to prevent.

Qantas, which operates flights out of Heathrow, backed the expanasion but warned it must not eventuate in higher costs for airlines and passengers.

"We are supportive of a third runway as long as it is built in a cost effective manner and does not increase landing and passengers fees," a Qantas spokesperson told Fairfax Media.

Heathrow has promised to keep airport charges "close to today's charges" and said a third runway would amount to cheaper airfares overall. 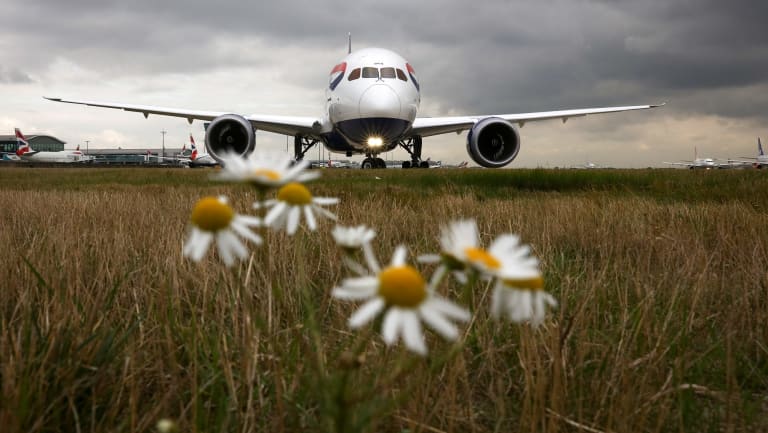 A passenger aircraft operated by British Airways waits to take off from London Heathrow airport.

“Expanding Heathrow will be a tremendous prize for passengers," a spokesperson said.

"We have already committed to expanding Heathrow whilst keeping airport charges close to today’s charges which represents excellent value for money."

The spokeperson said the "real issue" was the dominance of the International Airlines Group, which includes British Airways and Ireland's Air Lingus, dominance over flights at Europe's busiest airport.

It said IAG controlloed 54 per cent of slots at Heathrow, and expansion would allow smaller players like budget airlines easyJet and flybe, as well as Virgin to gain access.

Transport secretary Chris Grayling said the £14 billion project, financed by the private sector, should not add to passenger costs.

"We need to make sure that for the passengers and indeed the freight users going through Heathrow, this doesn't mean a big hike in costs," he said.

"And I've been very clear in saying that I want to see landing charges at Heathrow remain pretty much where they are in the moment," he told BBC Radio 4's Today program.

A third runway is estimated to add 16 million long haul seats by 2040.

But not all members of May's government agree the boost is worth it. Last week Greg Hands, a  junior minister quit his job to vote against the expansion – something he has long opposed on the grounds of noise and air pollution and the strain it would add to transport links in his nearby constituency of Chelsea & Fulham.

He pointed to election leaflets he had distributed at the last election which said he was a longstanding opponent of the third runway – "like Boris".

Johnson, the former mayor of London said he would "lie down with you in front of the bulldozers" to stop the third runway from going ahead.

But on Monday he was deliberately absent – in Afghanistan. He told the London Evening Standard his resignation would have been useless and would not have achieved any change in the government's policy.

His former Cabinet colleague Justine Greening mocked him on Twitter.