Christopher Clay Rudd, 35, broke his leg and pelvis and fractured his skull in the fall at the courthouse in Spanish Fork, Utah. 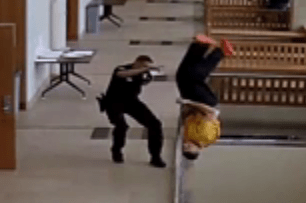 Cops are reported to have arrested Rudd on theft, possession of a dangerous weapon and drug related charges last month.

He was waiting to appear before a judge to explain why he skipped out on court-ordered rehab, according to Fox 6 News.

A short video of his attempted escape shows a bailiff trying to catch him as he nosedived over the railings just outside the courtroom.

Security guards on the ground floor made a desperate lunge to catch him before his body hit the hard floor several feet below. 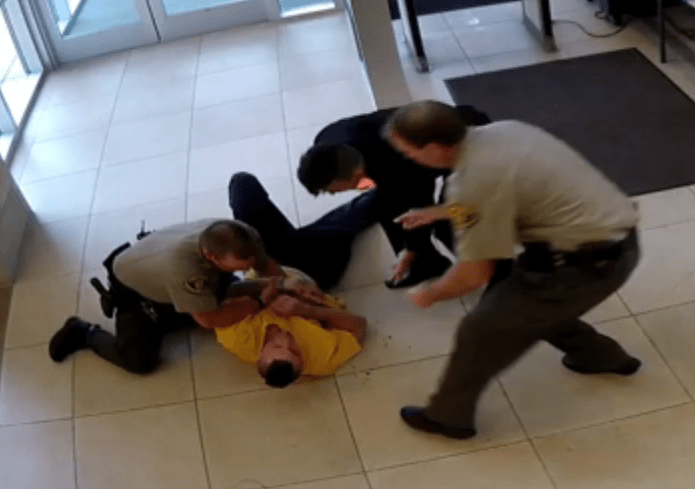 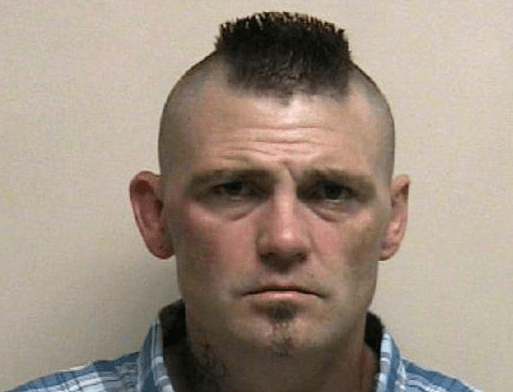 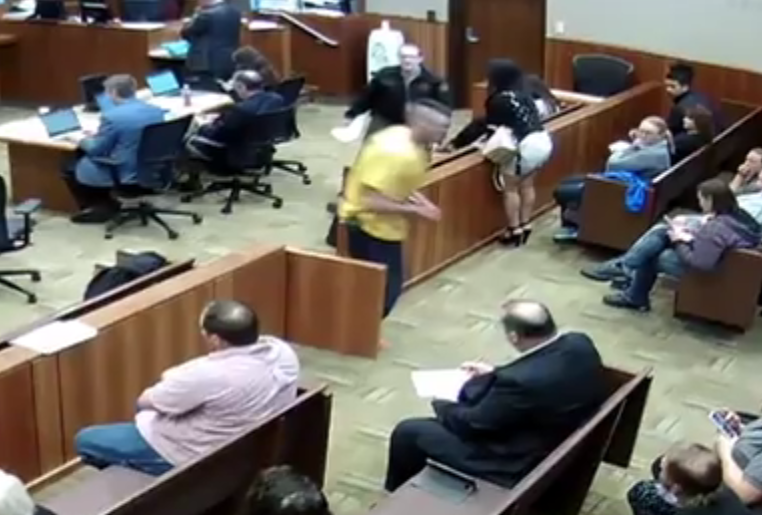 Three men went to hold him down but quickly realised he'd been badly injured in the fall, with splatters of blood visible on the ground and his face.

Police spokesman Matt Johnson said it was unclear whether Rudd was trying to injure himself but he could face additional charges for trying to escape.

Court filings did not list a lawyer for Rudd.