In tattered clothes and without shoes, the poor kids faced a brutal grind to get by in a world where child labour was commonplace. 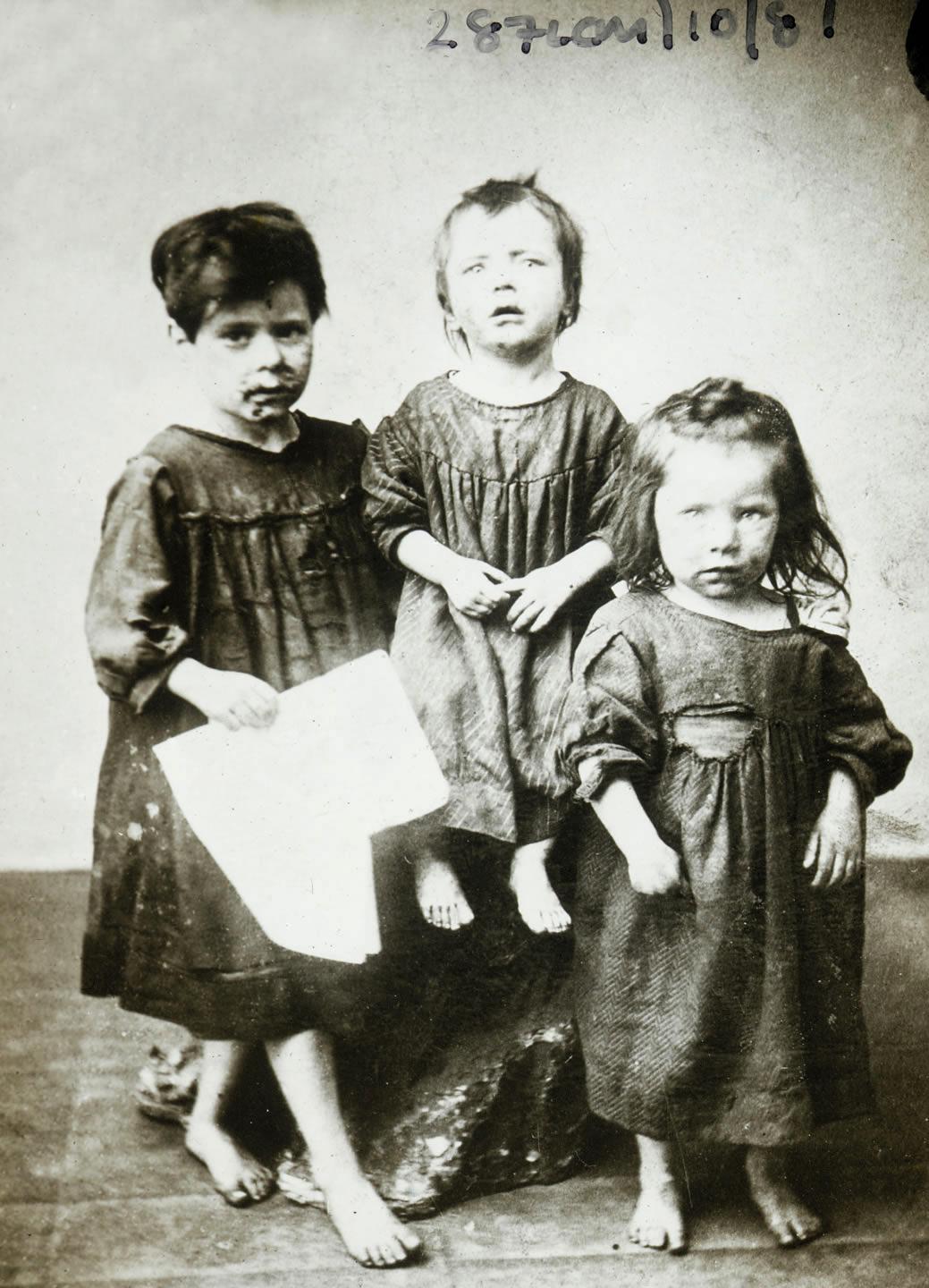 The pictures paint a bleak portrait of what life was like for the downtrodden children of the North Western city at that time.

Being poor in Liverpool at the turn of the twentieth century almost guaranteed a life in a slum, most likely to the North of the city as many of the factories were located there.

One picture shows a desperate little girl standing on a pub table singing for punters, hoping for some spare change. 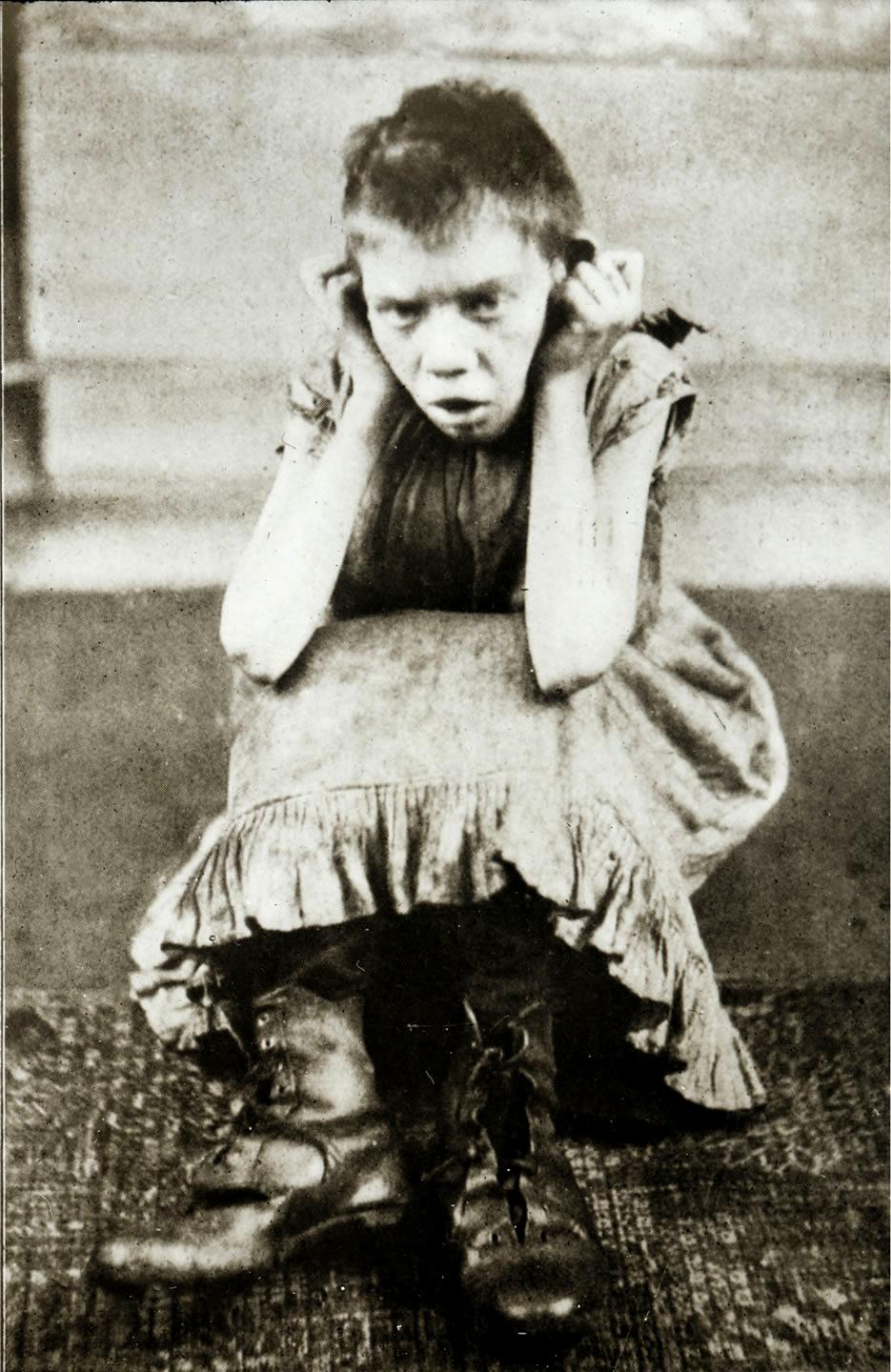 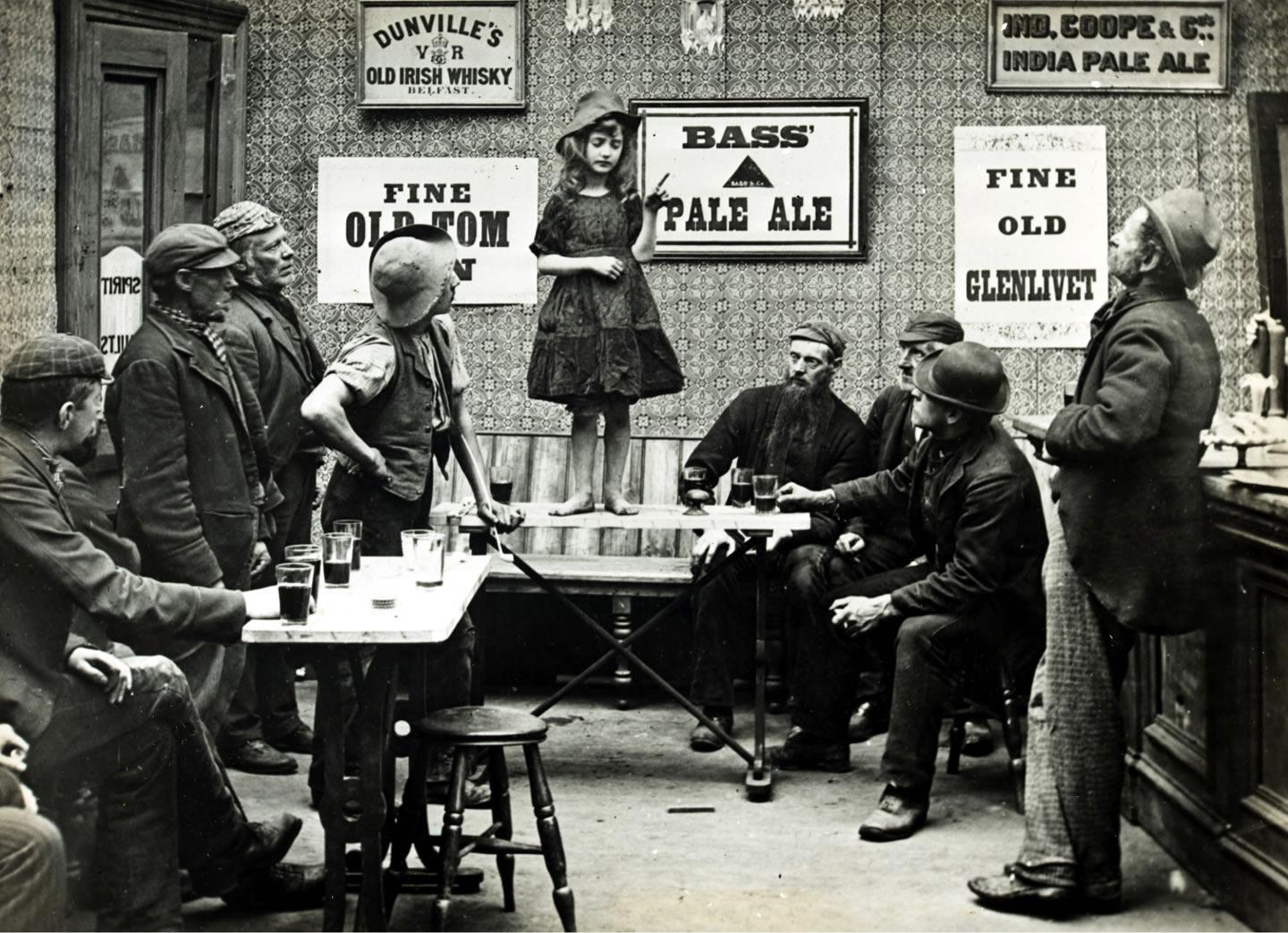 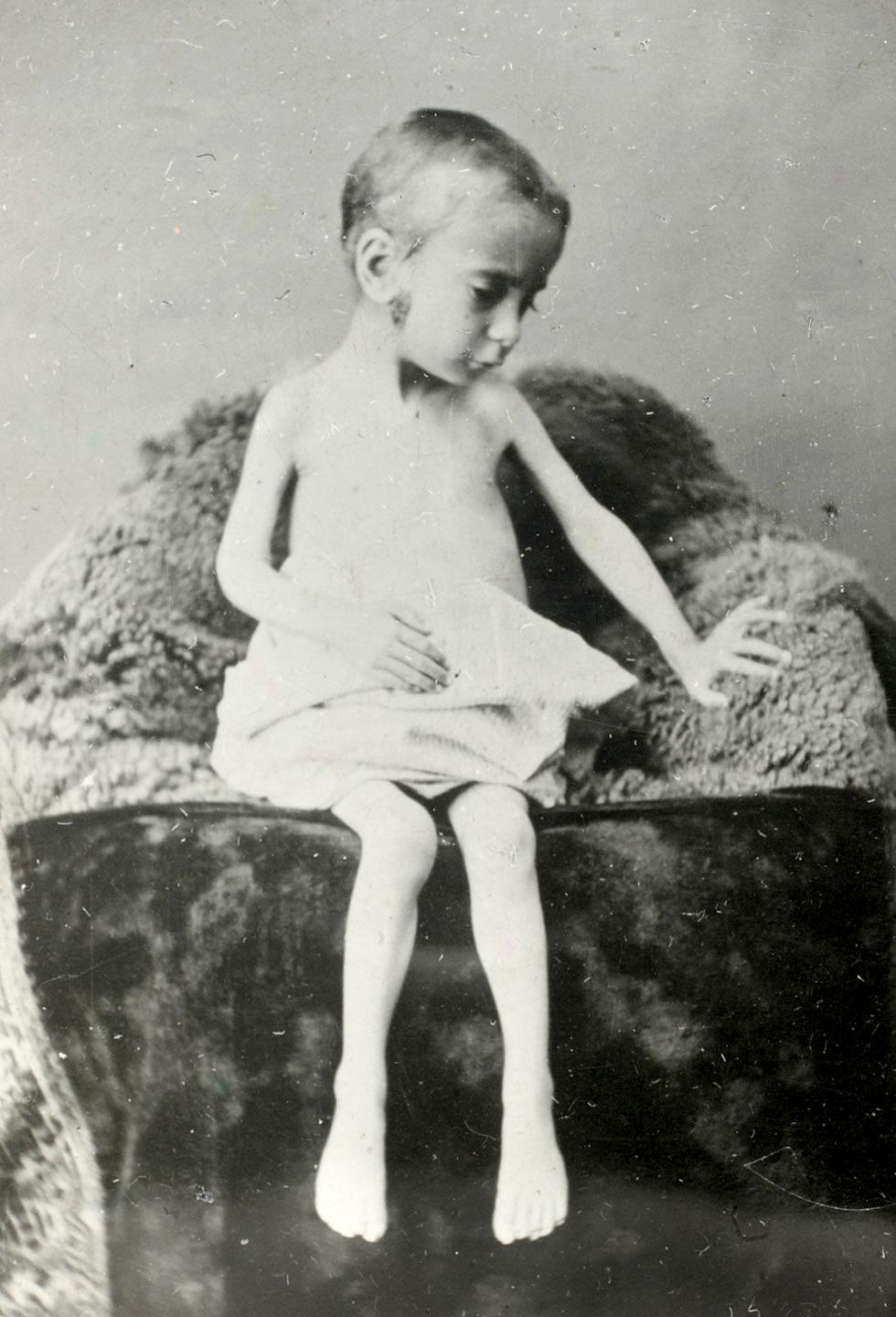 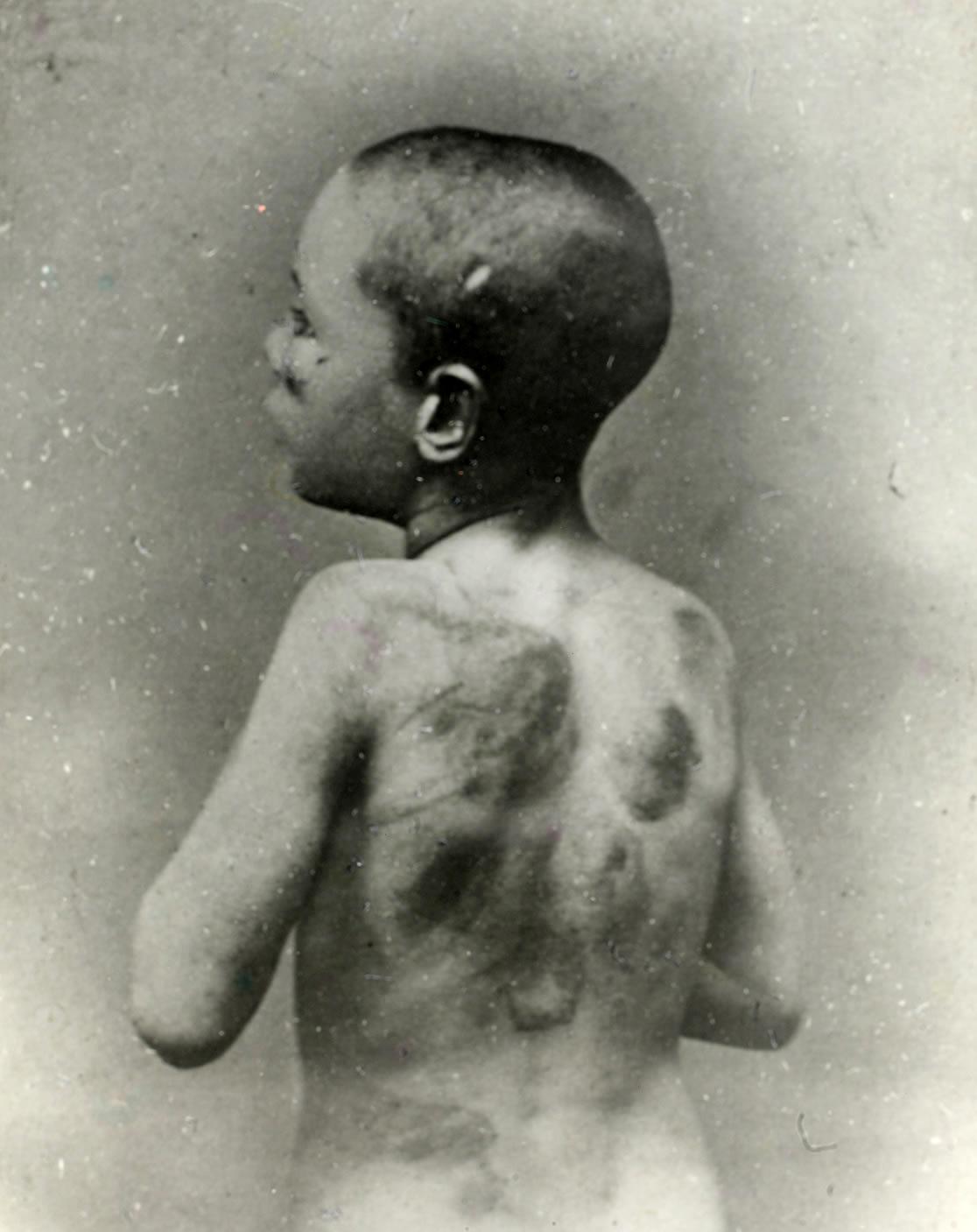 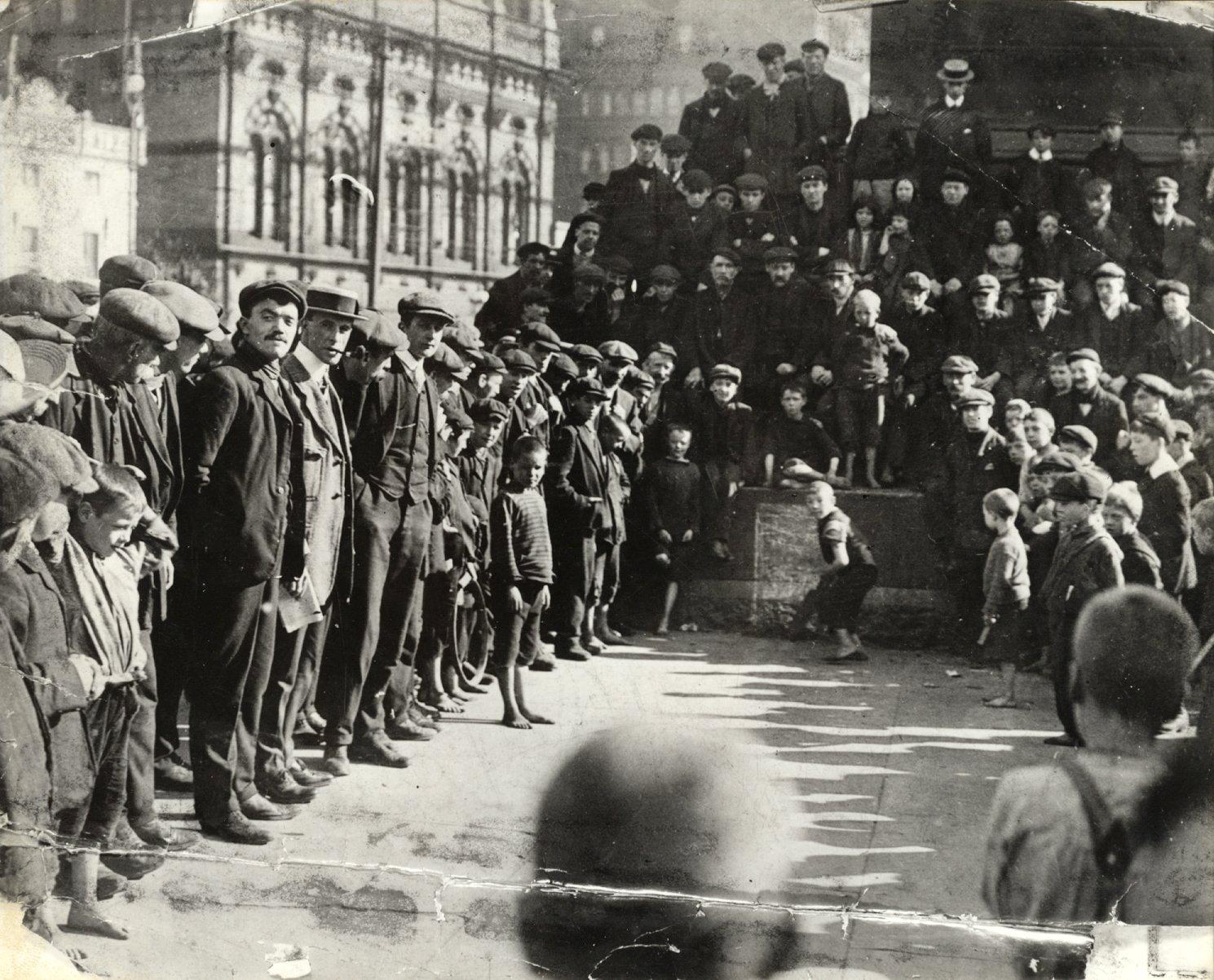 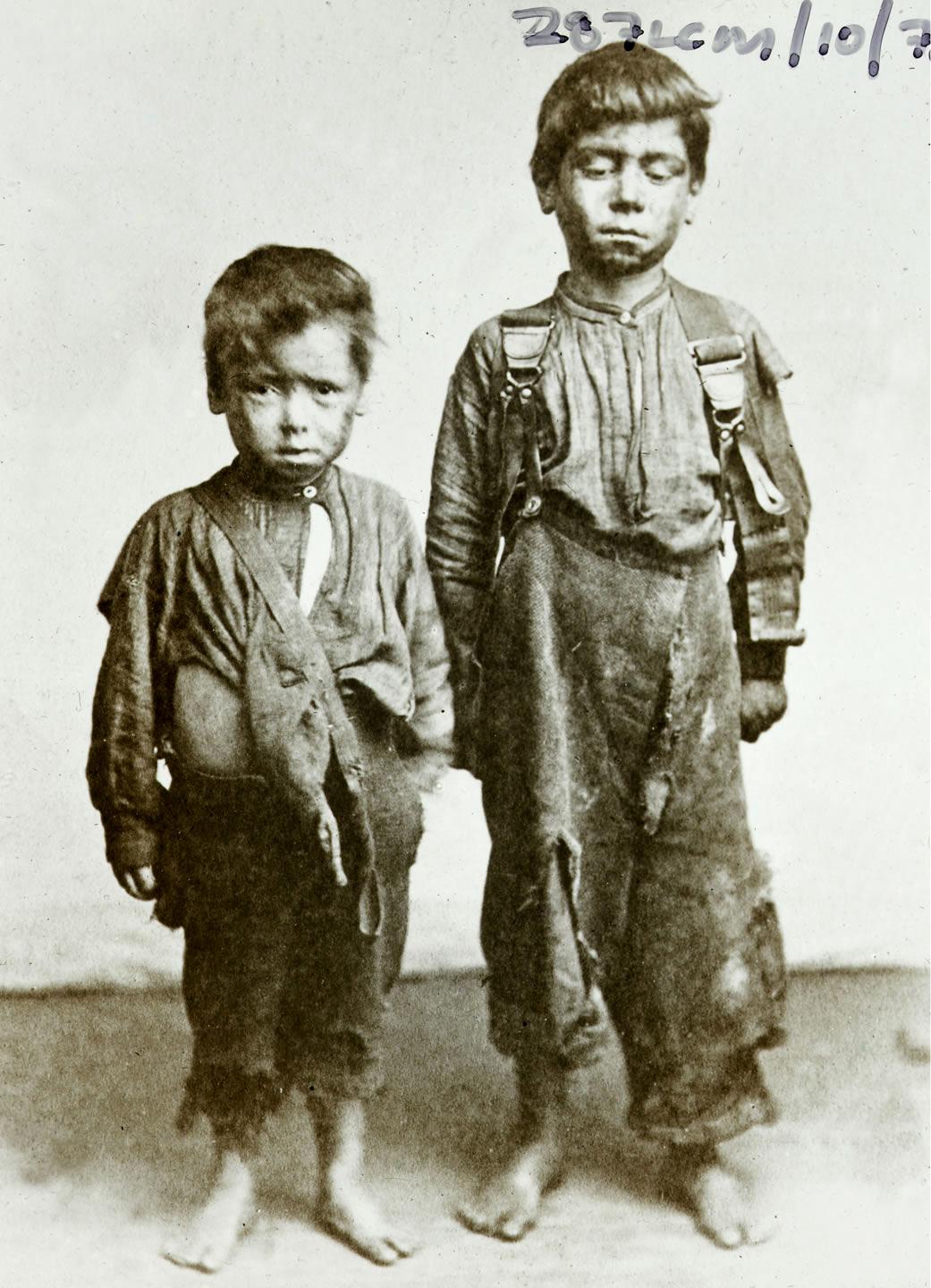 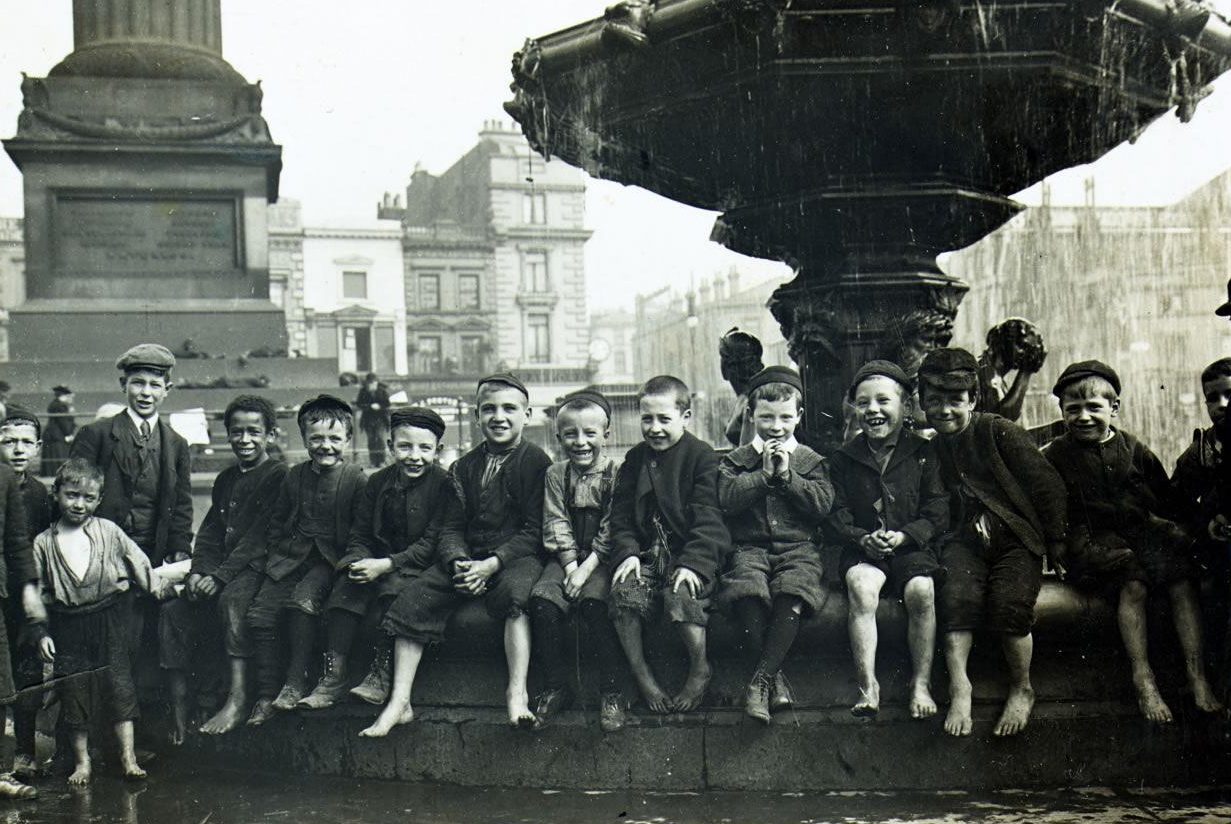 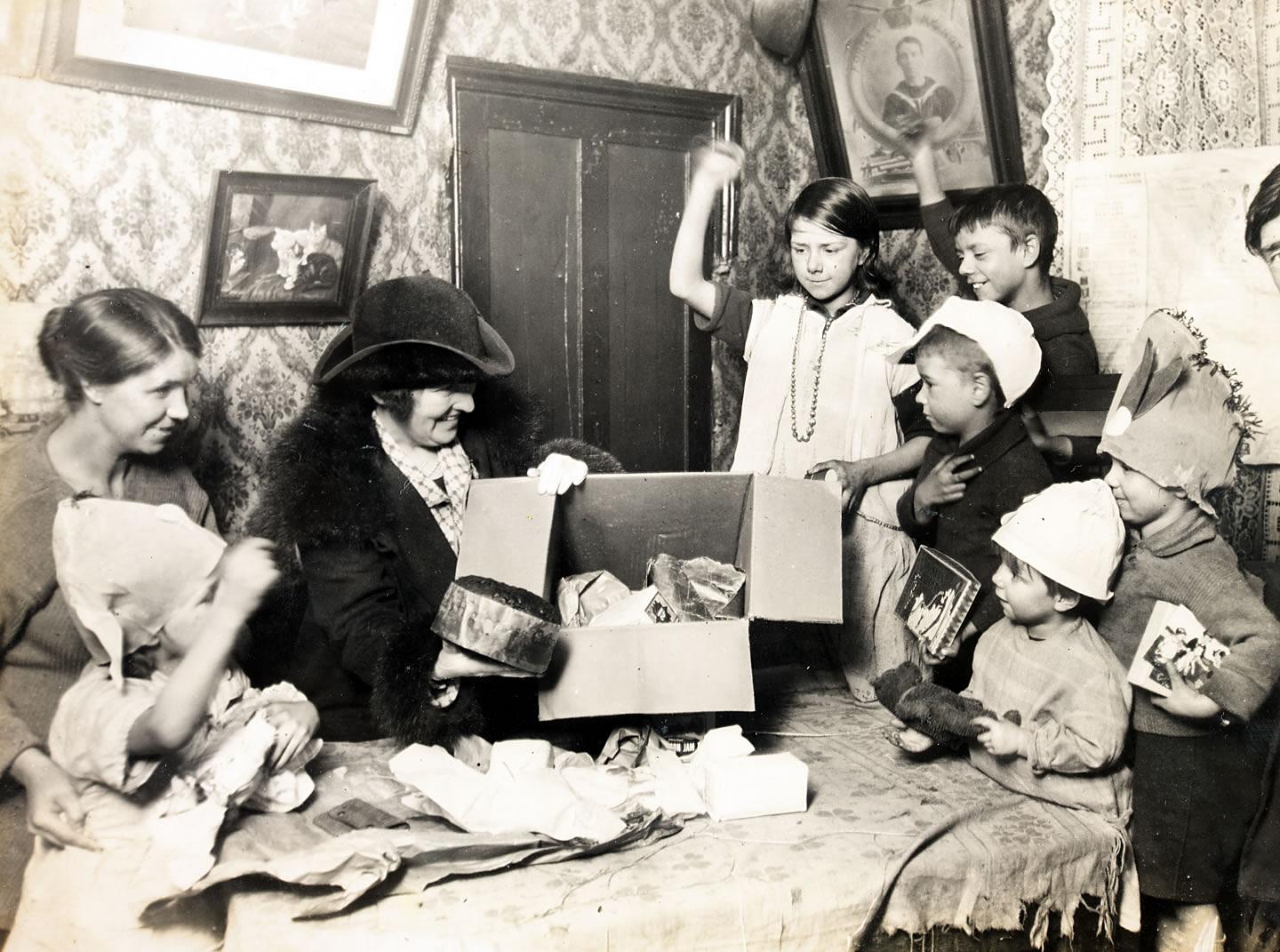 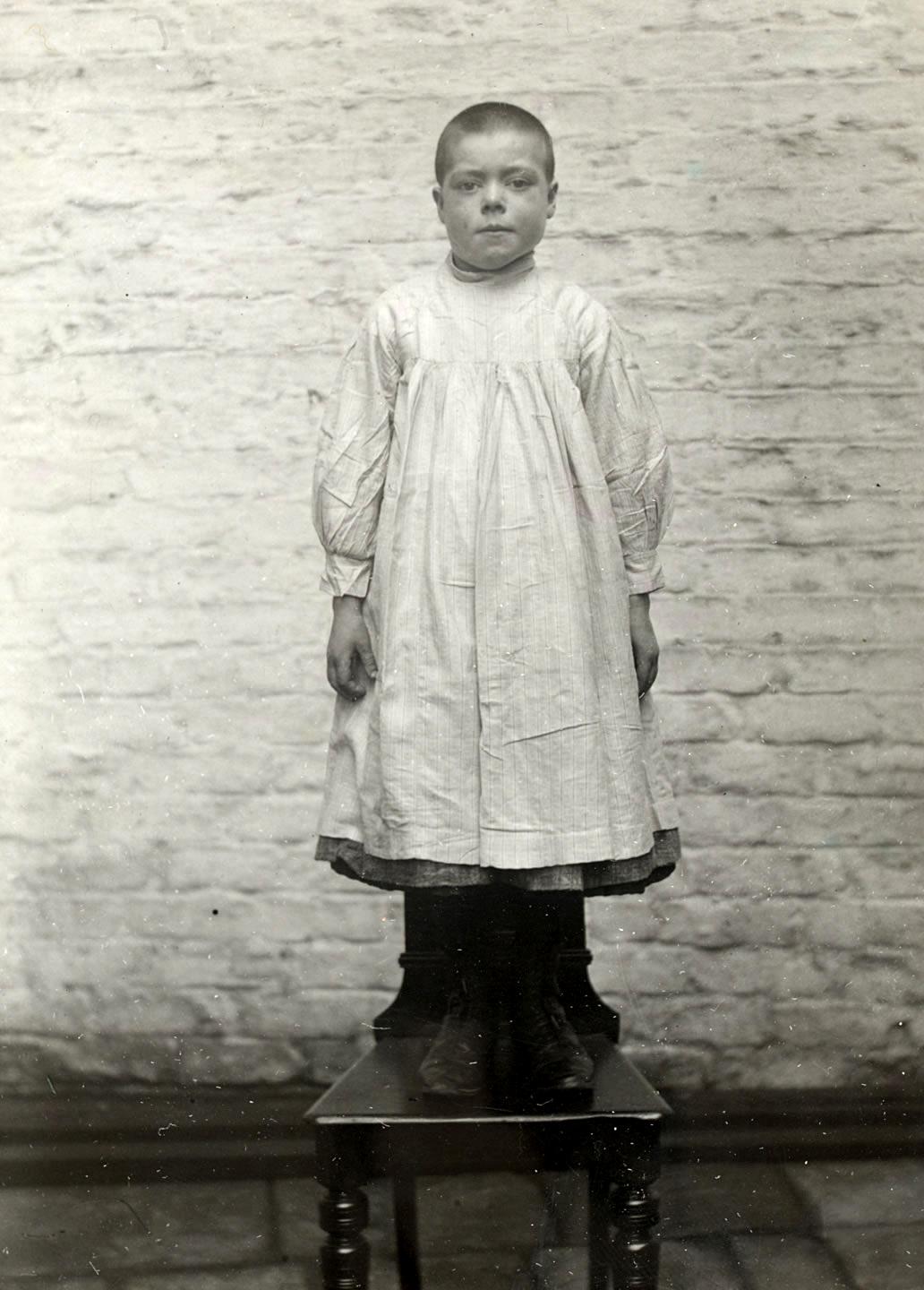 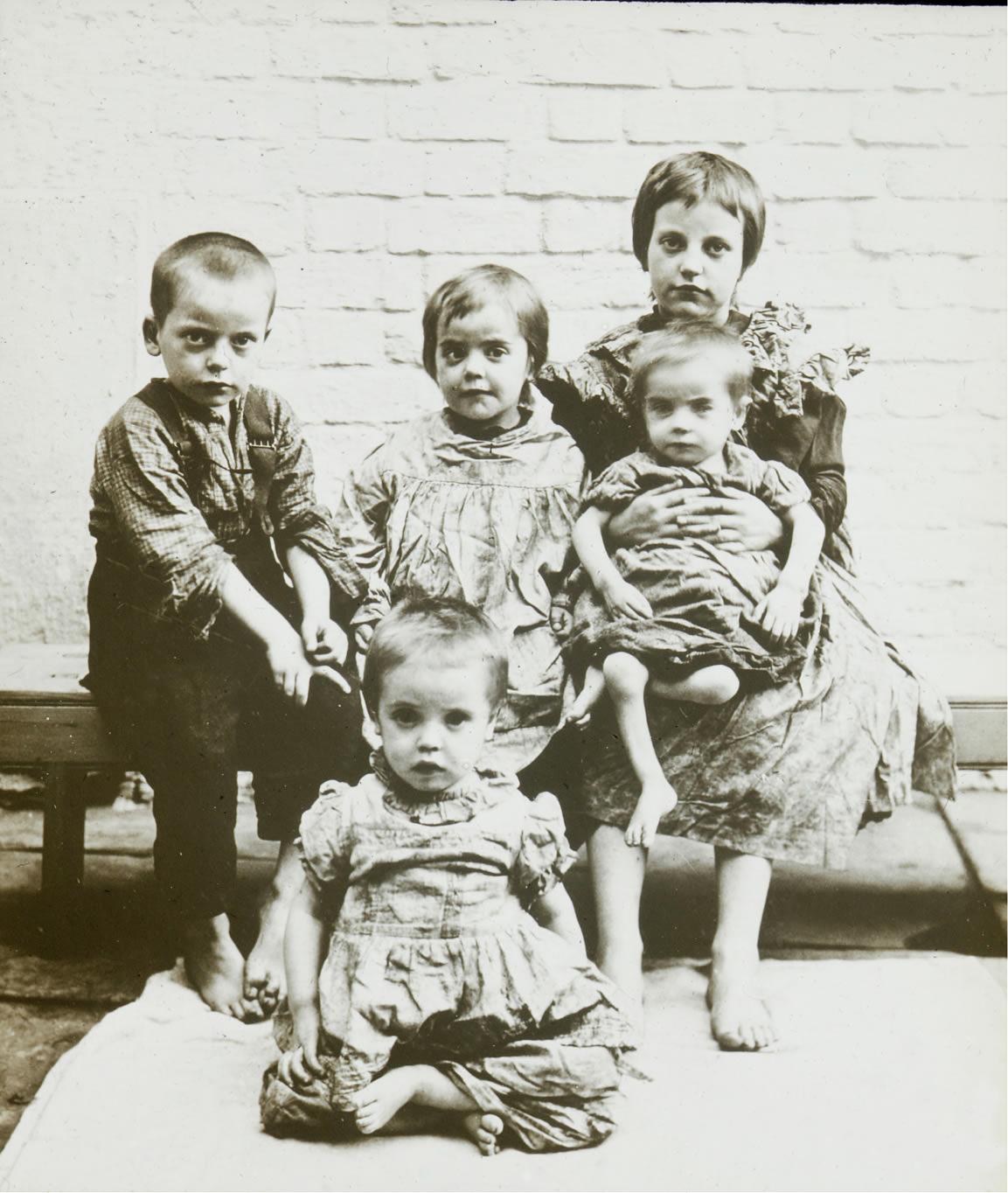 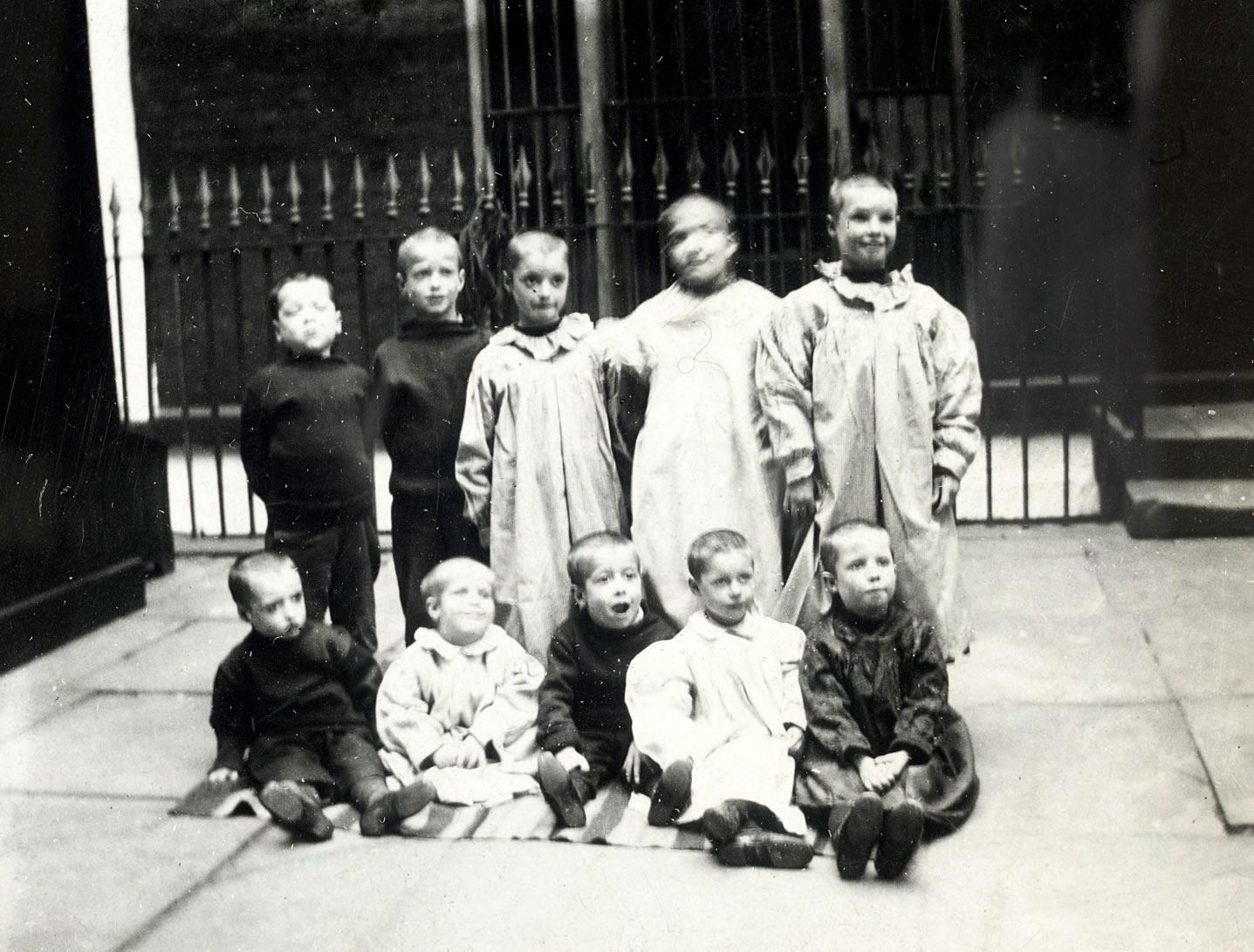 Under Queen Victoria's reign, the British Empire expanded to become the largest the world had ever seen.

Railways and steampowered trains utterly transformed industry and communication across the country while the London sewage system improved sanitary conditions for the masses.

But child labour in extremely dangerous jobs was common in the wake of the Industrial Revolution which saw mills and mines crop up all over the country.

Poverty was rife while education was sparse as ghettos developed in big cities while workhouses for those unable to financially support themselves widely expanded.

Jobs would have included chimney sweeping, retrieving cotton bobbins under machinery and coal mine work.

Little children would also crawl through tunnels too narrow for an adult to pass.

Some kids would struggle to find even these unenviable tasks, instead resorting to selling what they could on the streets.

Failing that, some of them would have to steal to get by.

However, it was not always miserable as you can see from the large assembly of people watching a spontaneous cricket match beneath Wellington’s Memorial Statue. 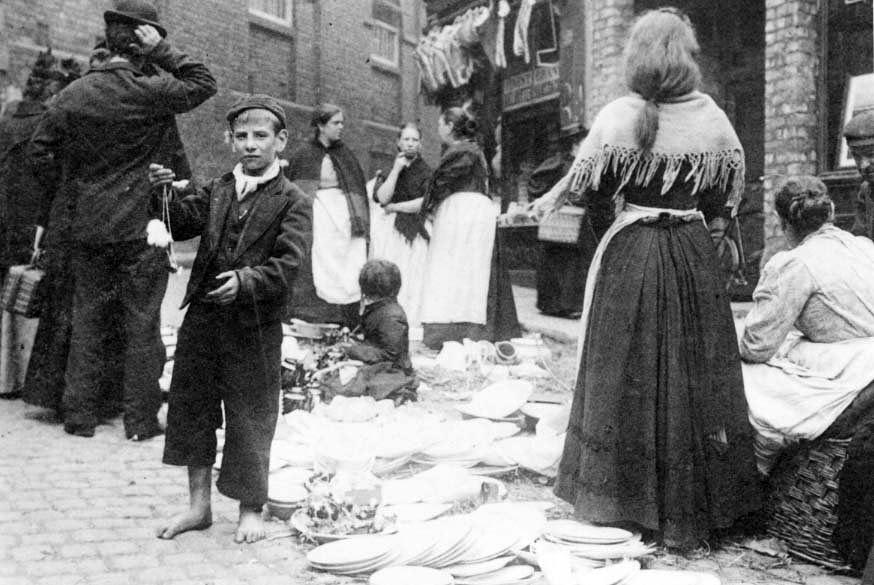 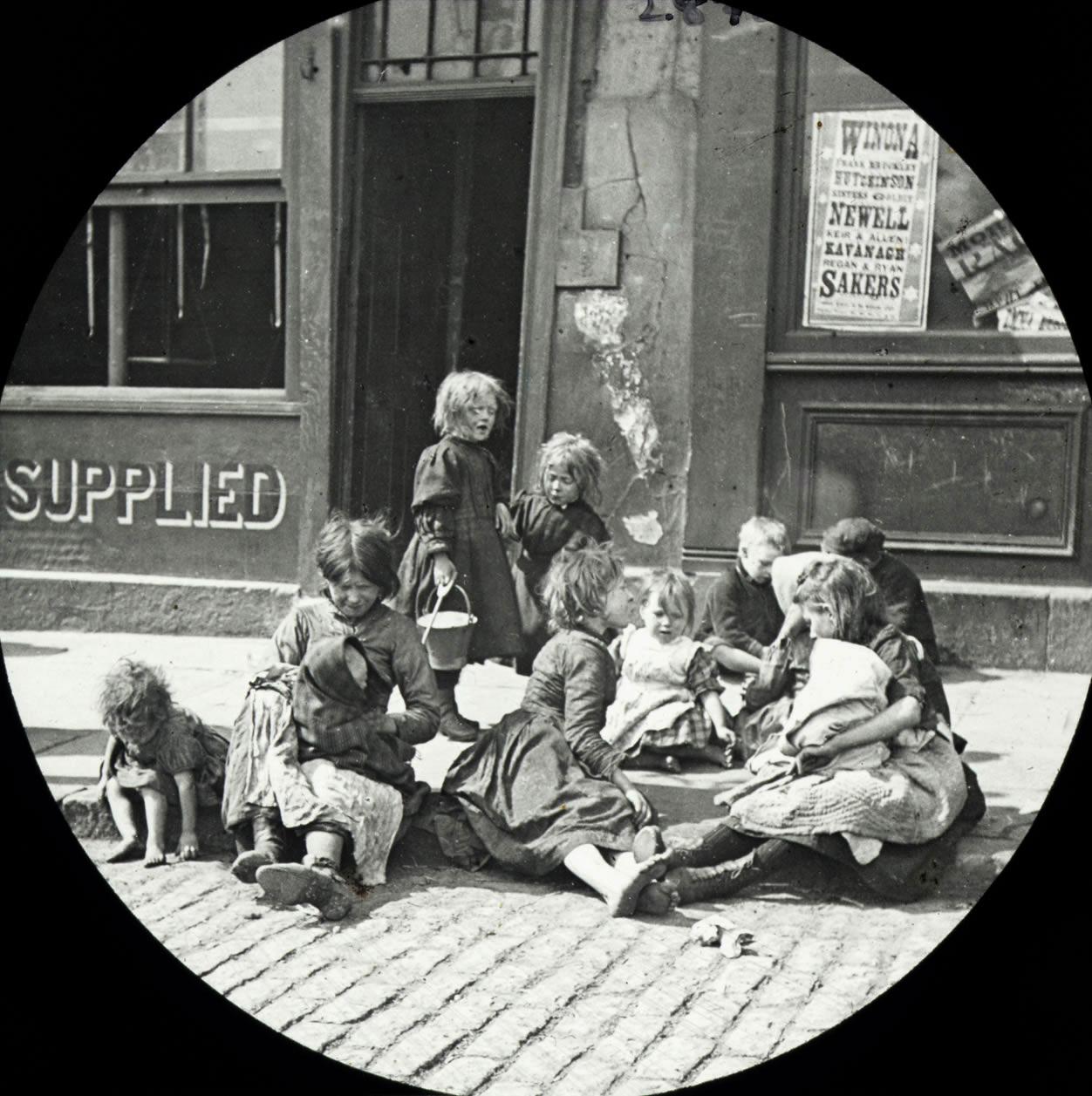 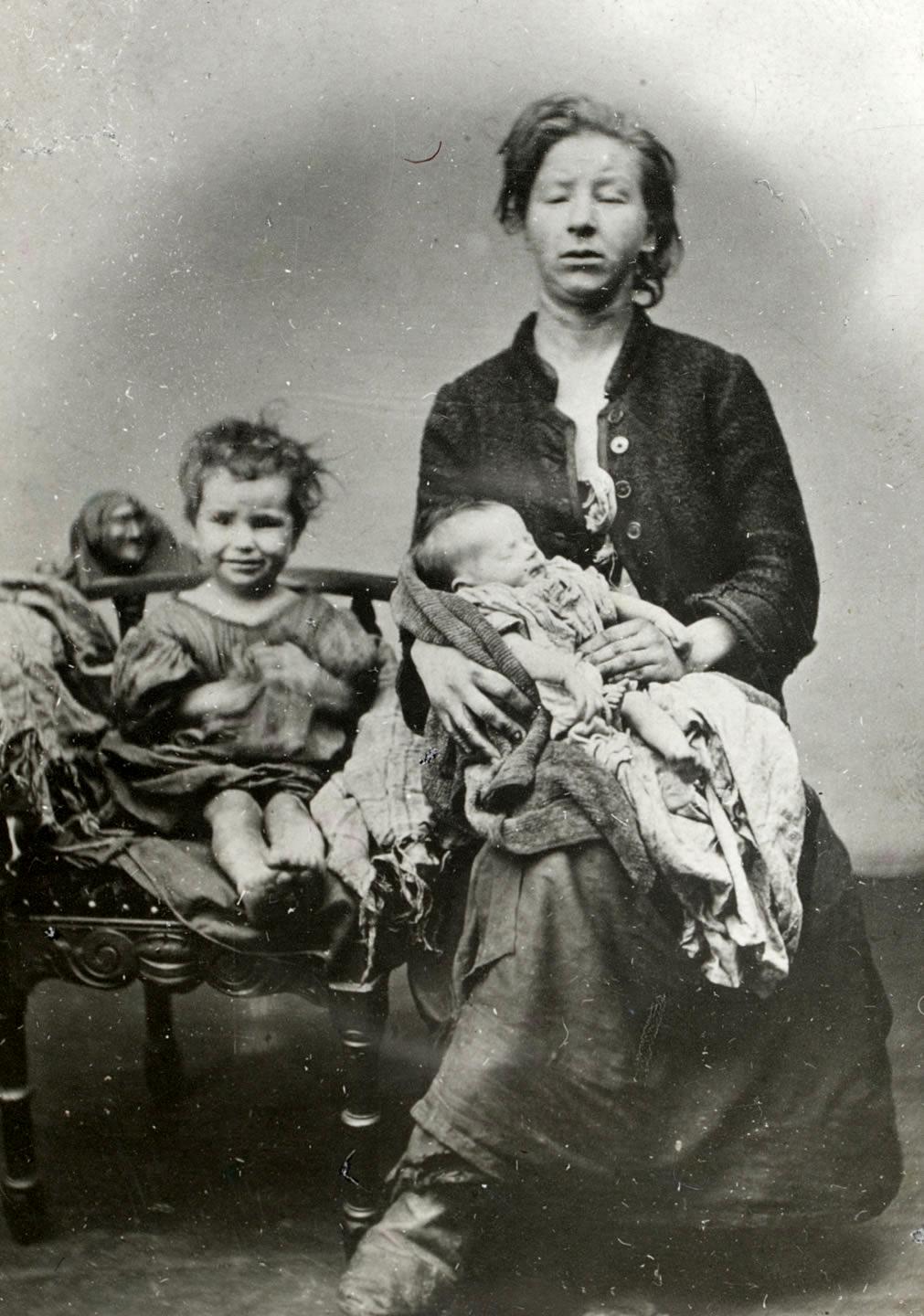 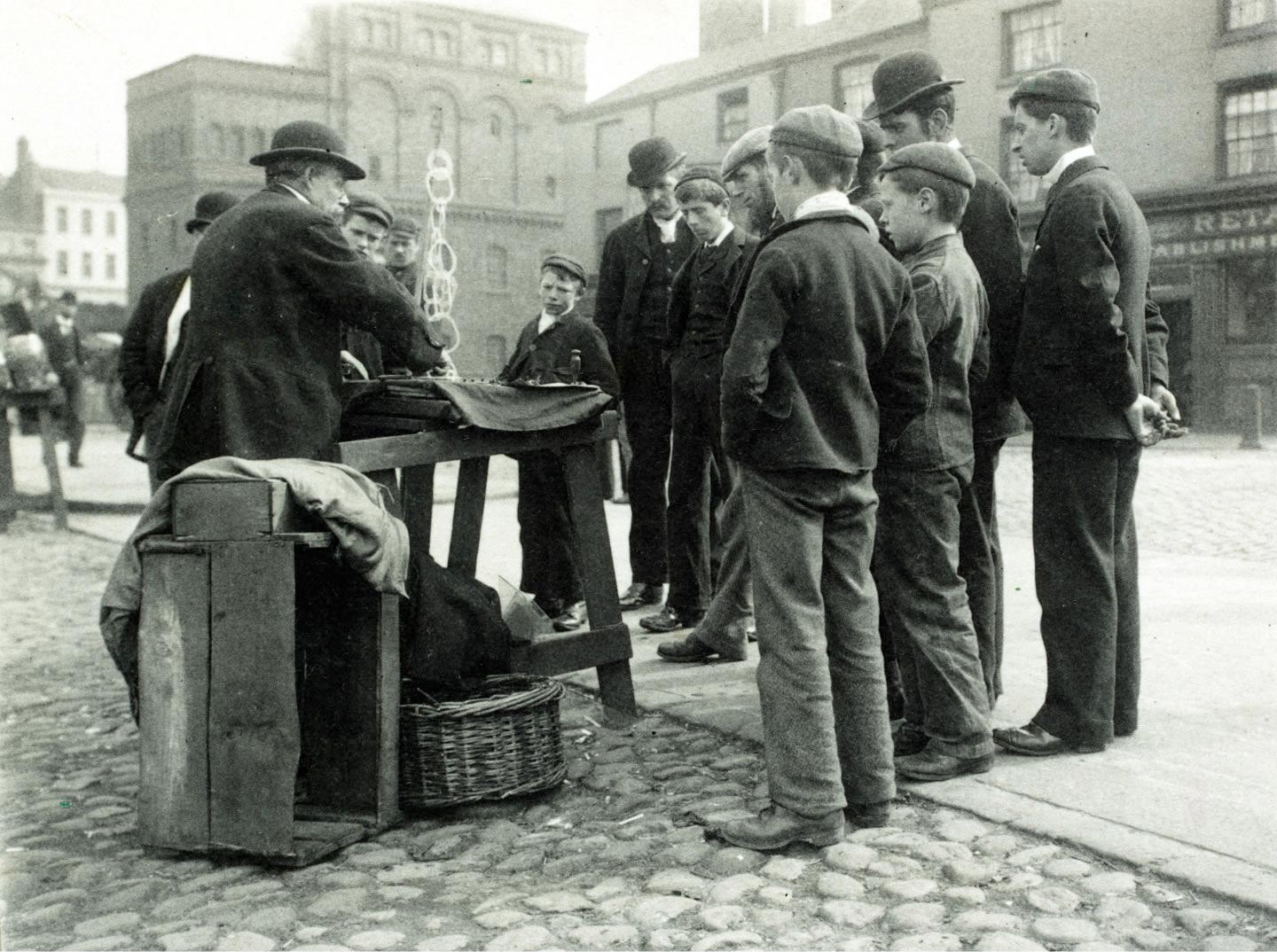 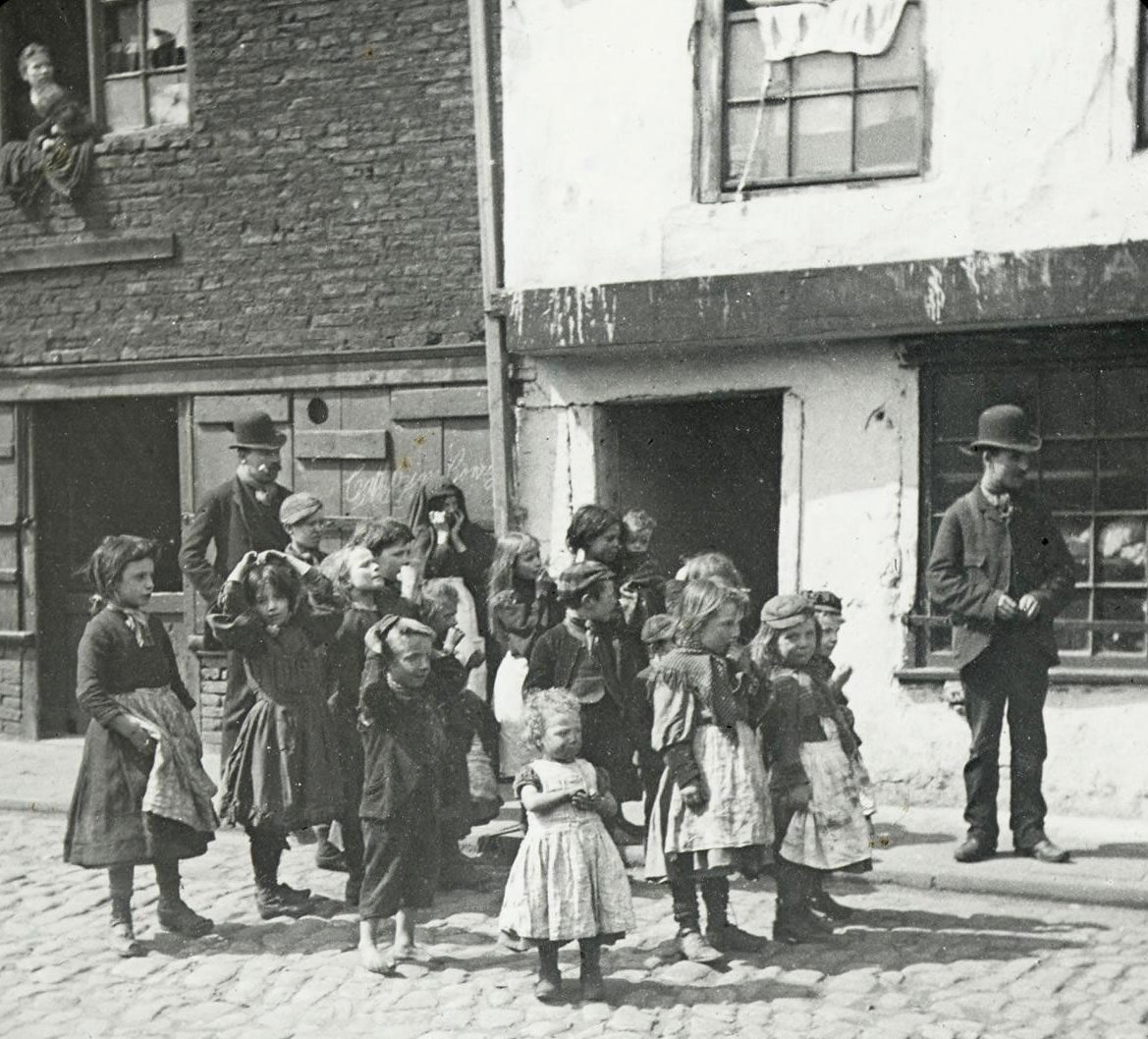 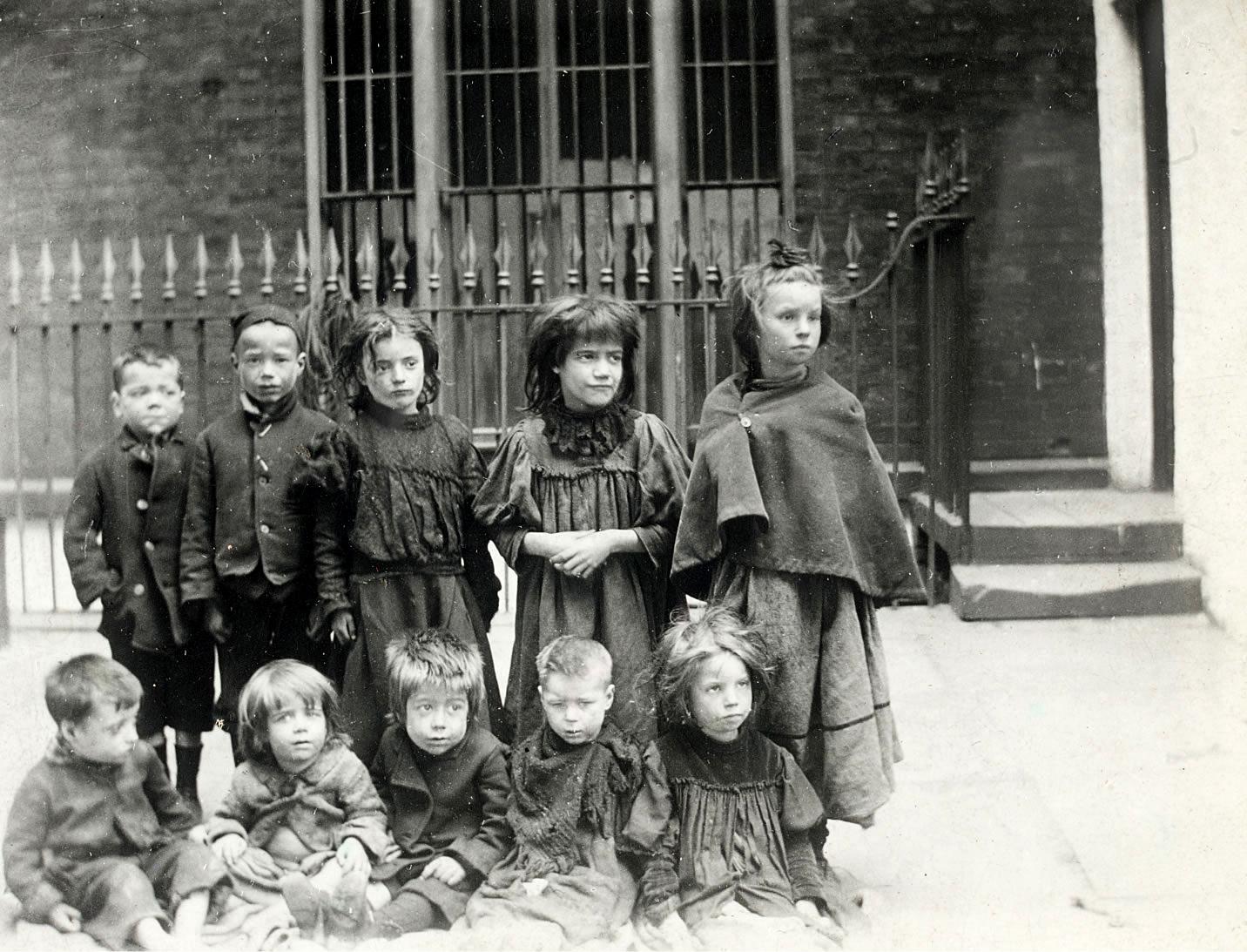 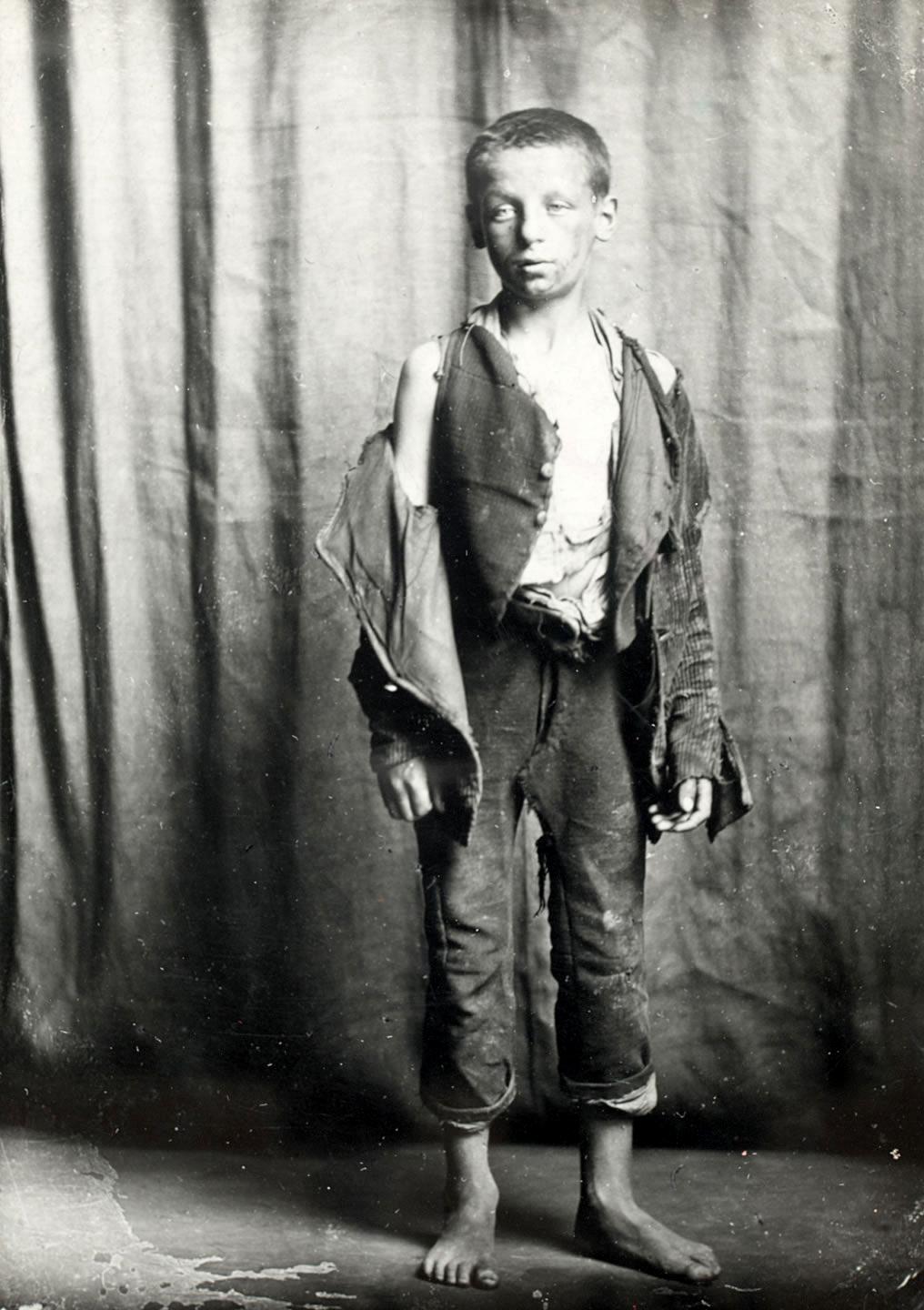 Another shows a row of boys smiling at the camera, despite their lack of shoes and clean clothes, whilst sitting on the Steble fountain outside St George’s Hall.

However, mostly the images show suffering and anguish.

One haunting photo in the collection shows undernourishment and another savage marks on the back of a little boy, either inflicted by disease or the hand of an adult.

Some photos show shaven-headed children, who had their hair removed to combat lice that plagued unhygienic slums.

These remarkable photos from the Liverpool City Library and the Records Office certainly offer an unflinching glimpse as to what life was like for our poor ancestors.