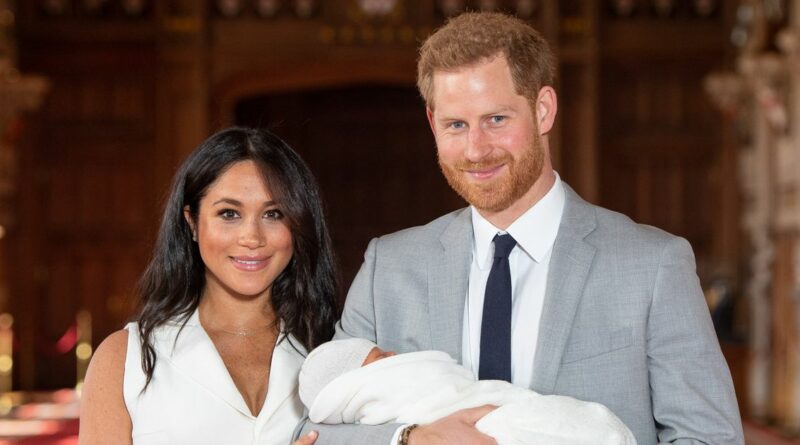 A royal expert has claimed that Prince Harry and Meghan are considering returning to the UK to celebrate Christmas with their children and the Windsors.

Author of Harry And Meghan: Life, Loss, And Love Katie Nicholl says that the festive holidays could be the perfect opportunity to help heal the family rift.

It comes after Meghan Markle’s father Thomas and brother Thomas Jnr hinted that they hoped to resolve their lengthy feud despite the Duchess previously telling Oprah that it would be “hard to reconcile”.

Katie told Closer magazine: “Because of Meghan’s work as a philanthropist, it doesn’t sit very well that she has no relationship with anyone in her family apart from her mother, Doria.

“We’ve seen her father reach out publicly in a bid to reconcile with his daughter and apologise on numerous occasions.

"Meghan does risk appearing unforgiving and uncaring of her father, who’s getting older and isn’t in great health. There are now two grandchildren Thomas Snr hasn’t met, which must be upsetting.”

However, the royal author adds that while it would be a good idea to reconnect with family, the focus at this current time is likely to be on Meghan and Harry making amends with the Windsors.

“When Harry and Meghan left, they made it clear they didn’t want to give up their home in Britain," said Katie.

Do you think Meghan and Harry should return to the UK? Let us know your thoughts in the comments section below.

"They still have Frogmore Cottage and their plan was to come back to the UK."

“Christmas is being looked at as an opportunity. There may be a softening, which could pave the way for the healing of the family rift.

“It’s certainly what the Queen wants. Prince Charles would like to see his grandchildren. A meet-up suggests they hope to move on and sort things out.”

Even with a possible Christmas reconciliation on the cards with the Windsors – psychological therapist Emma Kenny isn't convinced that Meghan will bury the hatchet with her own family.

Emma explains: “Meghan will be torn over what to do about her family.

"She feels betrayed and they’ve lost her trust, but she will still love them deeply and Thomas will always be her dad.

"He is elderly and not well, so for her own peace of mind, she must try to make peace and let him see his grandchildren before he dies. Once he’s gone, she may well feel huge regret.”

Since their departure from the royal institution early last year, the Duke and Duchess have been earning their own money in the US and have taken on a number of projects under their Archewell foundation.

The pair most recently received backlash in the media for their controversial cover with Time Magazine, where they were named among the most influential people in the world.

Meghan and Harry said they were "humbled" to be shortlisted in the prestigious mag but received backlash following years of Harry claiming he wants a life away from the public eye.

It's been a year like no other for the Queen, from the loss of her husband to heartache over Prince Harry. But Her Majesty has also had a lot of cause for celebration, including the birth of baby Lilibet. To mark what a year the Queen has had, OK! Magazine is bringing you a limited edition collector's issue. Get your hands on it here.