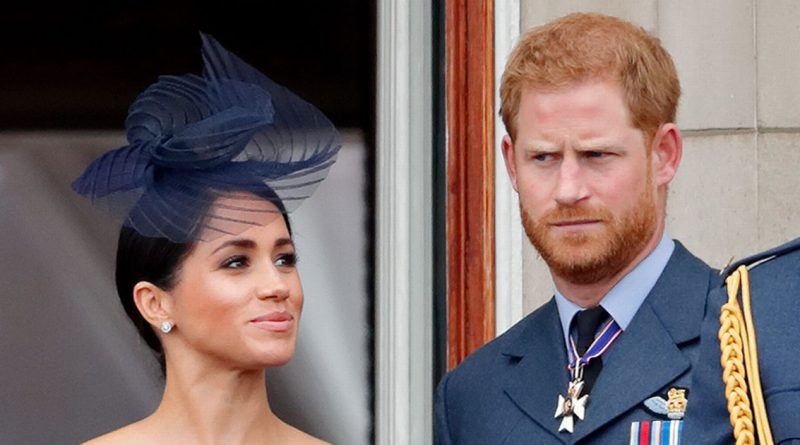 Prince Harry and Meghan Markle were already being ousted from royal roles last year, according to reports.

The ball had started rolling to gradually remove the couple from their responsibilities as senior royals, as early as November regarding their positions on The Queen’s Commonwealth Trust.

The Sun on Sunday reports that tweaks were made to the QCT website which previously showed the Duke and Duchess of Sussex as president and vice-president of the charity, which champions young leaders.

However, the paper states that a photo of Harry was removed from the trust's website in November, as was the phrase “their ideas for social change”.

Instead, following the edit, it later read “the ideas, energy and passion of young people”.

Royal expert Omid Scobie told a podcast this week that Harry and Meghan found out their role "would not be continuing" in November.

Representatives for Harry and Meghan told The Sun on Sunday that they were fully committed to the charity that month.

A Queen’s Commonwealth Trust spokesman added: “When contacted by The Sun on Sunday in late November last year, we were entirely unaware of any other conversations that might have been underway between others regarding the involvement of The Duke and Duchess of Sussex with us.

"QCT was operating on a business-as-usual basis at that time.”

Lawyers for the Duke and Duchess insisted they were unaware of any change in their roles at the QCT and only found out recently.

The Queen’s Commonwealth Trust and Buckingham Palace refused to comment when approached by the Daily Star.

Buckingham Palace confirmed on Friday, February 19, that the couple would not return as working members of the Royal Family.

The Duke and Duchess of Sussex stepped back from The Firm just over a year ago, and the drastic decision formed part of the Megxit review.

Royal expert Richard Fitzwilliams earlier told the Daily Star: “We knew that they weren’t going to return as working royals, and it’s worth remembering that they stepped down pretty abruptly, rather brutally, last January – which caused a crisis for the Royal Family.

“That should be borne in mind. It’s essentially very sad because Harry will be devastated by the loss of his military titles, there’s no doubt about it.”

A spokesman for Harry and Meghan released a brief statement after the palace’s announcement.

Part of it read: "We can all live a life of service. Service is universal."

Daily Star Online has approached Harry and Meghan's representatives for a comment.