Harry and Meghan’s ‘Hollywood Kiss’ signalled how SHE was able to lead the day, says body language expert

It was the moment that the world was waiting for – and thanks to Meghan, no one had to wait too long.

As the newlyweds emerged into the sunshine through St George’s Chapel’s West Door, she turned to Harry with a shy smile and asked him: ‘Do we kiss?’

To which he replied with a discreet ‘Yeah’, according to a lip-reading expert.

And so, to joyous cheers from the assembled guests in Windsor Castle’s Horseshoe Cloister, the couple leaned in and embraced at the top of the West Steps. 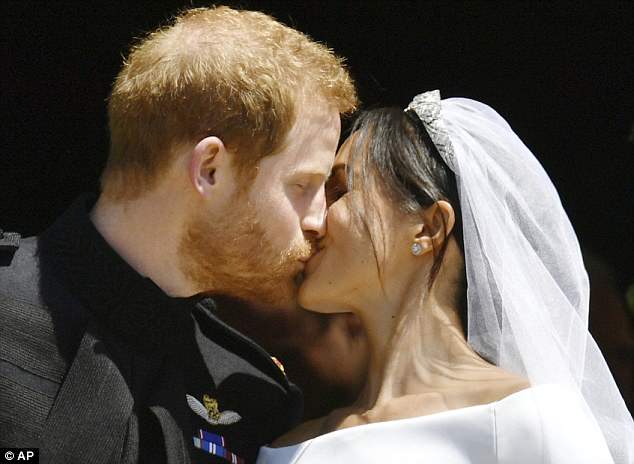 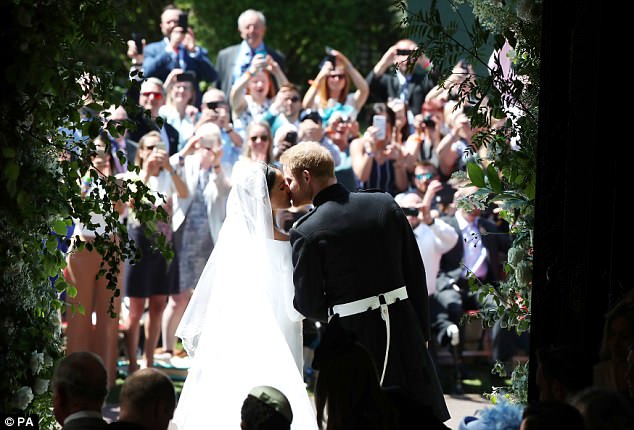 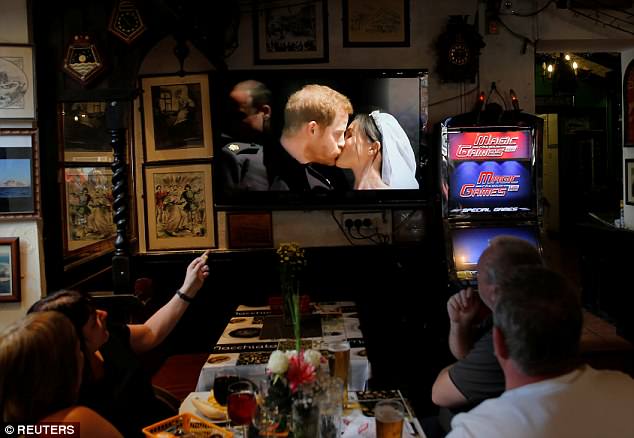 According to Judi James, Harry aimed for the lower lip to avoid make-up smudge

The scene, with the stone stairway bedecked with foliage, white peonies, white garden roses and other white blooms, made a delightful tableau as Harry held his new bride’s right hand.

According to body-language expert Judi James, the couple shared a ‘Hollywood kiss’, with Harry aiming for Meghan’s lower lip to minimise the degree of make-up smudge.

‘It almost seemed like her theatrical experience may have influenced the decision to do it early,’ said Ms James.

‘The more time you wait, the more tension and pressure builds up, whereas she signalled to do it early to keep things calm. 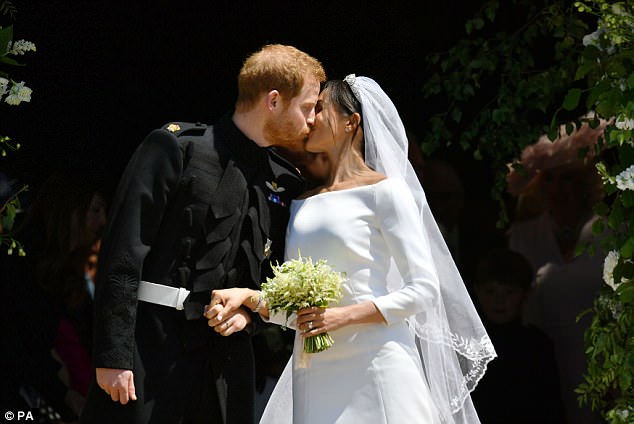 Meghan theatrical experience might have been behind the decision to kiss early, to avoid a build up of tension 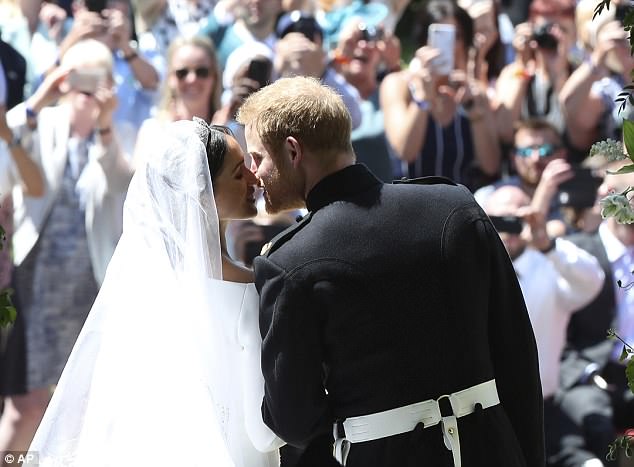 She added: ‘It was a really smart move from her. It showed the poise she had carried throughout the ceremony and that she was able to lead the day.’

The first kiss has been part of Royal tradition since the 1981 wedding of Prince Charles and Lady Diana Spencer, though on that occasion they needed a nudge from the crowd as they stood on the Buckingham Palace balcony.

At the time, Charles was reported to have told Diana: ‘I am not going to do that caper. They are trying to get us to kiss.’

Then, she responded: ‘Well, how about it?’

However, as the young Princess arched gracefully backwards, her veil flowing behind her, Charles appeared rather less at ease, creating a slightly stilted embrace.

In 2011, Harry’s brother William and his new bride Kate gave the crowds a double helping, kissing not once but twice.

To chants of ‘Kiss, kiss, kiss’, the couple shared a brief but loving kiss that failed to satisfy the crowds, who began calling for more just minutes later.

Students banned from pubs as more than 1,000 isolate due university Covid outbreaks