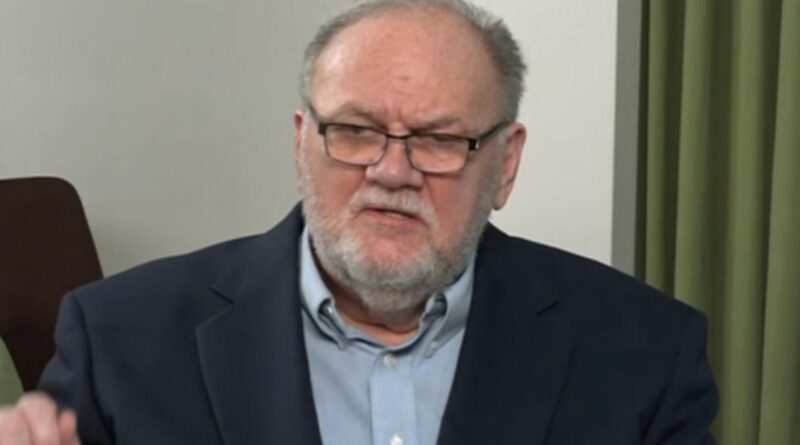 Prince Harry has been criticised by a royal commentator over his behaviour towards Meghan Markle's estranged father Thomas Markle.

Royal expert Richard Kay said the Duke of Sussex's relationship with Thomas Markle, who he has never met, has been one of "sour mistrust".

The royal commentator said the "roots of this unhappiness" stem from the 77-year-old, who lives in Rosarito, Mexico, staging paparazzi pictures in the run-up to Harry and Meghan's royal wedding in 2018.

Mr Kay said the move was "foolish" but added that it was "remarkable" efforts were not made by royal aides to help Mr Markle "deal with the enormity" of his daughter marrying a member of the Royal Family.

Writing for the Daily Mail, he said: "But perhaps the most baffling failure of all was Harry's.

"Even now, four years later, it is hard to understand why Harry did not meet his girlfriend's father in person, as any prospective son-in-law would do.

"There must have been countless opportunities for Harry (and Meghan) to have paid a private visit to her father — long before he started giving interviews."

Mr Kay said that while Mr Markle has "hardly helped" matters by criticising his son-in-law in a series of interviews since the royal wedding, it "cannot excuse Harry's own behaviour".

His comments come as Meghan's estranged father was admitted to hospital earlier this week after suffering a stroke.

Urging the Duke to visit the 77-year-old, the royal expert added: "Is it really too late for Harry to put the past behind him and reach out to poorly Mr Markle?

Mr Kay's comments come after Mr Markle was admitted to hospital on Tuesday following a stroke.

The retired lighting director had been planning to travel to the UK for the Queen's Platinum Jubilee in June in a desperate bid to meet his grandchildren Archie and Lilibet.