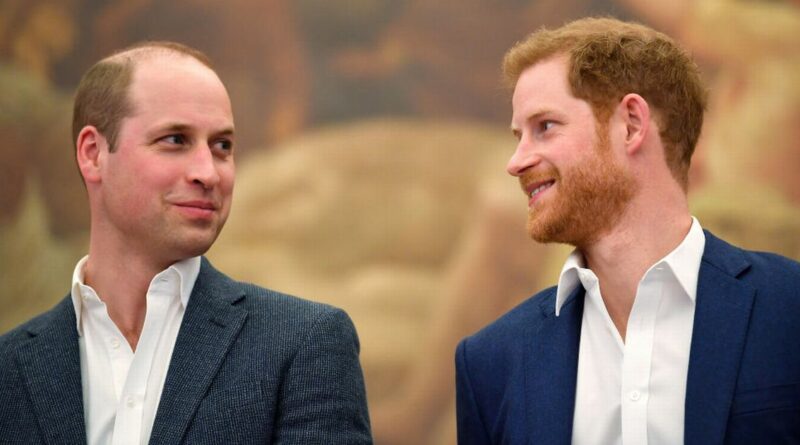 A royal commentator claims Prince William and Prince Harry's upcoming books will have radically different impacts, both in general and on the Queen.

Duncan Larcombe believes that William's print debut, a book called Earthshot: How to Save Our Planet, will 'make the Queen proud' — whereas his brother's memoir will be seen as the 'ultimate betrayal'.

A foreword to William's book will be released on September 30 in conjunction with his efforts to fight against the global environmental crisis, and Larcombe reckons it will be a defining moment for the Duke of Cambridge.

“There's no doubt now that William is the royal family’s star performer," Larcombe told OK! Magazine in an exclusive interview.

"In a post-Oprah truth-bomb era, William’s strategy is to keep calm and carry on.

“He hasn’t risen to the bait from California, he’s just knuckling down to royal work and focusing on where he needs to be and where the royal family needs to be over the next 25 years.”

He continued: “The royals never speak out so Harry writing his memoirs will be making a sensational break from everything the Queen’s reign has stood for.

“It doesn’t matter if Harry writes that the royals are the nicest people in the world, it will still be seen as the ultimate betrayal.

“At the moment, people aren’t sure who are the heroes and who are the victims and the villains. If Harry can demonstrate in his book just how badly he thinks he and Meghan have been treated, that’s going to cause very serious problems for the royals.

“The royals only survive if they’re popular, it’s as simple as that.

“If you look at Prince Andrew in the eighties, was a war hero and extremely popular and now he’s the most vilified member of the royal family.

“I really think Harry’s memoir will be the defining moment in the whole Harry and Meghan saga. You’ll have their camp on one side and on the other, Prince Charles, William and the royal family.”

William's Earthshot book follows the launch of his initiative of the same name which he hopes will help fight the climate crisis. The Earthshot initiative will grant five £1 million pound prizes over 10 years to people ‘providing solutions to the world’s greatest environmental problems’.

As for Harry, after announcing a publishing deal with Penguin Random House the Duke of Sussex said he would share the "mistakes and lessons learned" during his life.

He says it would be "accurate and wholly truthful", and the proceeds will go to charity.

For the latest royal news and stories from across the globe from the Daily Star, sign up for our newsletter by clicking here.

Larcombe said: “People should look at William’s foreword as the manifesto of a future king.

“He’s putting himself absolutely at the forefront of the environmental movement, the Queen will be very proud.

“Prince Charles has continued that legacy for the past 20 years, building on his father’s commitment to raising environmental awareness and now Prince William is doing so as well.

“It’s a huge commitment though and there’s a tremendous amount of pressure on William, which has been ramped up by the devastating attacks from Harry and the fact that both Harry and Andrew are no longer working royals.

“There’s some concern whether William and Kate’s willingness to muck in and do their bit is sustainable in the years to come.

"William wants to support the Queen and his father but he’s only going to get busier and could spread himself too thinly.”