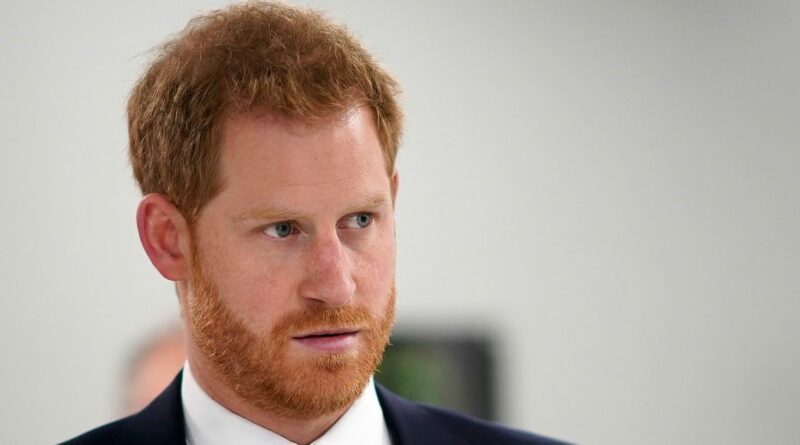 Prince Harry's surprise meeting with his father Prince Charles came as Harry 'realised he looked bad', according to a royal expert.

The Duke of Sussex spent time with his dad the Prince of Wales on Thursday (April 14) in a shock visit to Windsor Castle after secretly jetting into the UK.

He and wife Meghan Markle were on their way to the Invictus Games in the Netherlands.

The couple also had a face-to-face meeting with the Queen after missing Prince Philip's memorial service last month.

The visit is said to have stunned spectators outside Windsor Castle as well as royal aides, who were reported to be as 'in the dark' about their arrival as everyone else.

Since leaving for the US in early 2020 Harry has reportedly had a strained relationship with his father.

But royal author Phil Dampier, author of Royally Suited: Harry and Meghan in Their Own Words, said this week's flying visit could mark the start of a process of "repair" in their bond.

He told The Sun: “I think Harry has realised that it looked very bad that he didn’t come to Prince Philip’s memorial service and perhaps he’s having second thoughts about how he's been playing things.

“He’s obviously decided he wanted to see his grandmother and I’m sure she was pleased to see him. Most of all I’m sure Charles was happy as I'm sure he would like to repair their relationship.

"This seems to have been the first tentative step in repairing their relationship."

Mr Dampier did regret that Harry was not able to see his brother while he was over, but overall the royal expert believed that the meeting was a good sign, as it appears to mean Harry is starting to rebuild bridges with his family.

For the latest breaking news and stories from across the globe from the Daily Star, sign up for our newsletter by clicking
here.