The Railway to Nowhere: Haunting images show the remains of Stalin’s 785-mile track built on the bones of 300,000 prisoners

A haunting series of pictures show the modern remains of Stalin’s ‘Railway to Nowhere’ built on the bones of around 300,000 Gulag prisoners who died constructing the notorious 785-mile track.

Ghostly relics of rusting steam engines and bent, contorted rails just below the Arctic Circle remain a monument to the ruler’s folly.

Gulag convicts were used as slave labour in temperatures that plummeted below minus 50C in winter, while in summer they were plagued by vicious mosquitoes. 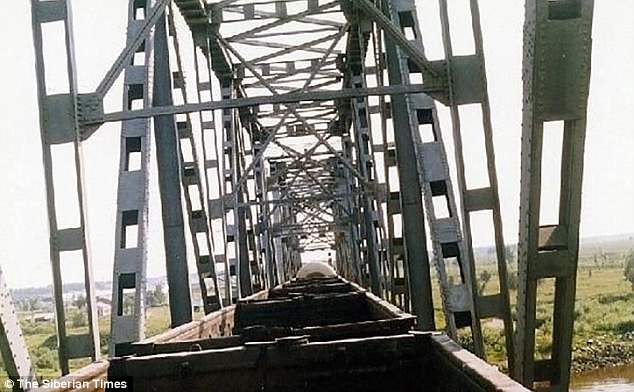 A new, eerie series of photos shows the remains of Stalin’s infamous Railway to Nowhere which was built by 300,000 Gulag prisoners 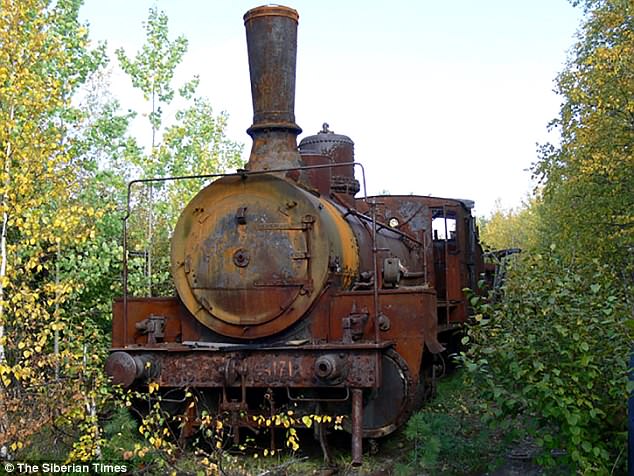 The notorious project was abandoned shortly after the Soviet leader’s death, with even his aides against it

There are no gravestones but on either side of the twisted rails and tumbledown wooden bridges lie the remains of the hundreds of thousands who perished building a line that even Stalin’s aides knew was a madcap scheme, but dared not tell him.

Communist rulers abandoned Project 501, as it was known, soon after he died in 1953, even though it was only 40 miles short of completion.

The line, far to the north of the famous Trans-Siberian track, was planned to link Salekhard – a town straddling the polar circle – with the obscure village of Ikarka, envisioned by Stalin as a new deep-water port giving the megalomaniac tyrant control of the Arctic Ocean. 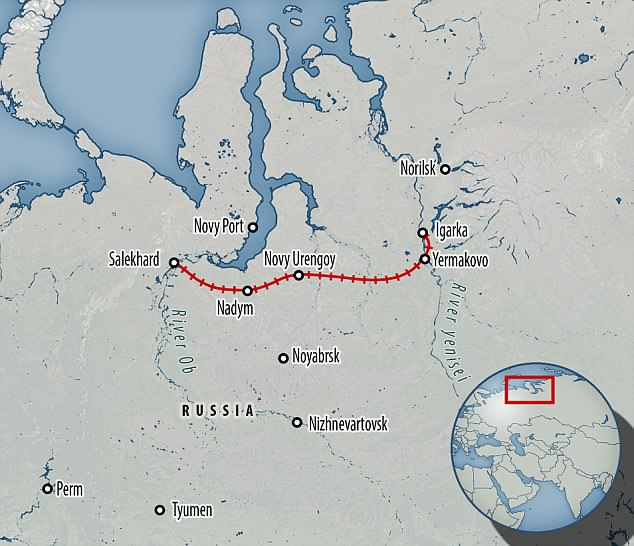 Stalin’s 785-mile Railway to Nowhere was intended to link the town of Salekhard, on the Arctic circle, with the tiny village of Igarka 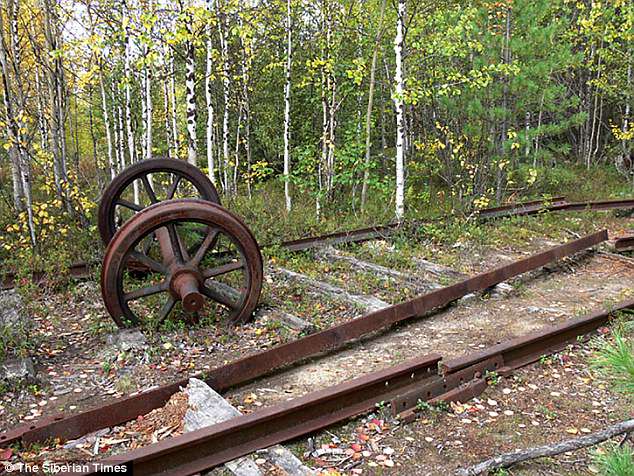 No machinery was used to construct the 785-mile railway and convicts, both men and women, toiled with shovels and their bare hands to build it 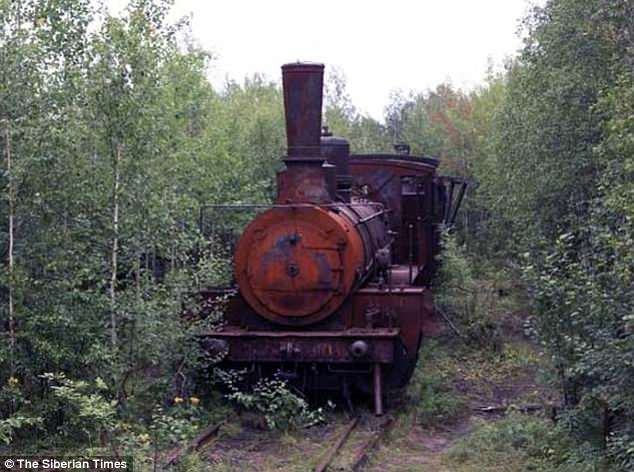 In doing so, it was to link two of Siberia’s great rivers – the Ob and the Yenisei, respectively the seventh and fifth longest in the world.

Described as ‘outstandingly and deliberately senseless’, the notorious ‘Railway to Nowhere’ was built under a cloak of Soviet secrecy.

Some 120,000 convicts – many of them political prisoners – laboured on the track at any one time – women as well as men.

Remarkable archive footage from the Stalin era shows the harsh conditions they faced on the ‘Railroad of Death’. 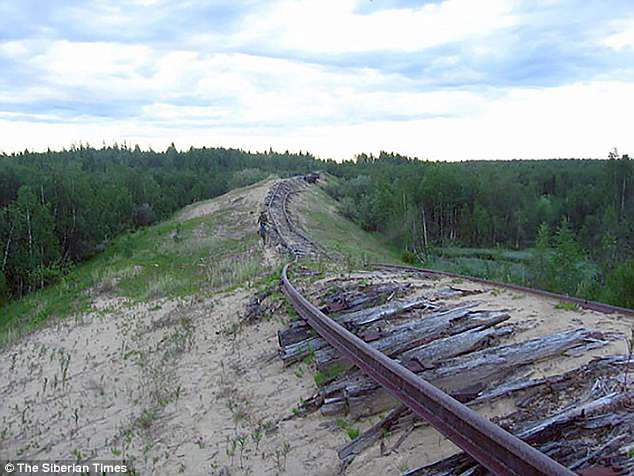 The line was intended to run to the village of Ikarka, envisioned by Stalin as a new deep-water port giving him control of the Arctic Ocean 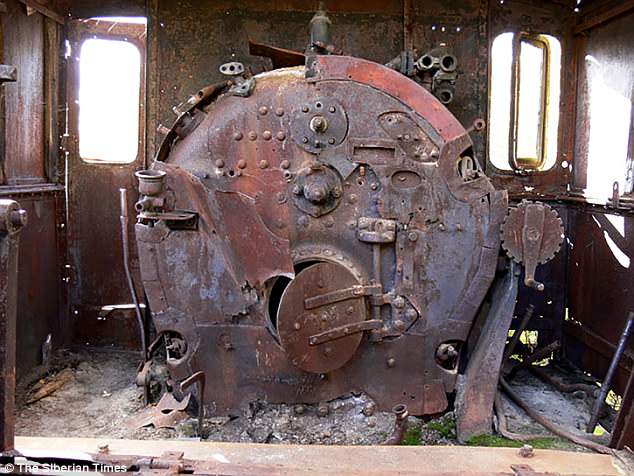 Today – flanked by the rotting remains of cruel Gulag camps – it is ‘one of the most shocking museums in the world’ and an unofficial necropolis where the corpses of the fallen lie buried.

Convicts were brought here by cattle trains, including thousands from the Baltic republics, eaten up by Stalin in the Second World War.

Others came in appalling conditions by water in summer.

A survivor from this hell recalled 600 mainly young women prisoners – emaciated, half-naked and bald – jammed into the hold of a ship, en route to the sinister camps serving this railway. 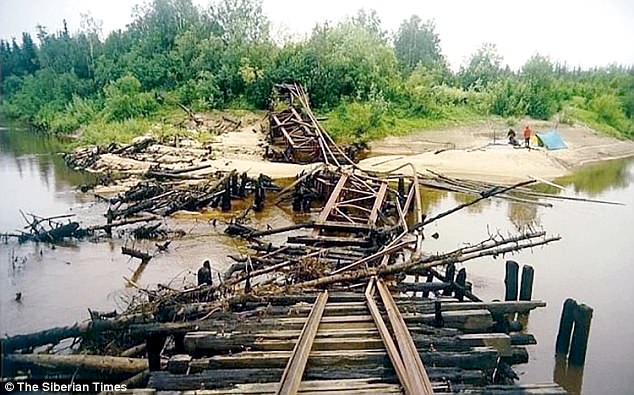 It was also intended to link two of Siberia’s great rivers – the Ob and the Yenisei, respectively the seventh and fifth longest in the world ‘It was impossible to tell where one pair of buttocks ended and another set of breasts began,’ read the grim account.

The scene was likened to a Medieval painter’s evocation of the Last Judgement.

Some Gulags had facilities where children of female convicts were kept separately, with mother’s barred from seeing their toddlers if they failed to meet the harsh labouring targets.

‘Among those forced to live – and often die – here were talented engineers selected to find ways to build a railway on permafrost, across multiple streams and rivers, in a harsh Arctic climate,’ reported The Siberian Times, which revealed the collection of pictures.

Most of the work was done manually, with spades and wheelbarrows rather than heavy machinery. 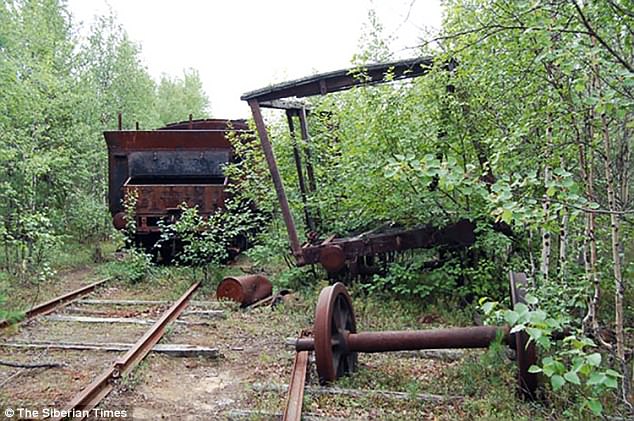 Meanwhile, in the summer the convicts were plagued by vicious mosquitoes, described as an ‘incessant mob’ 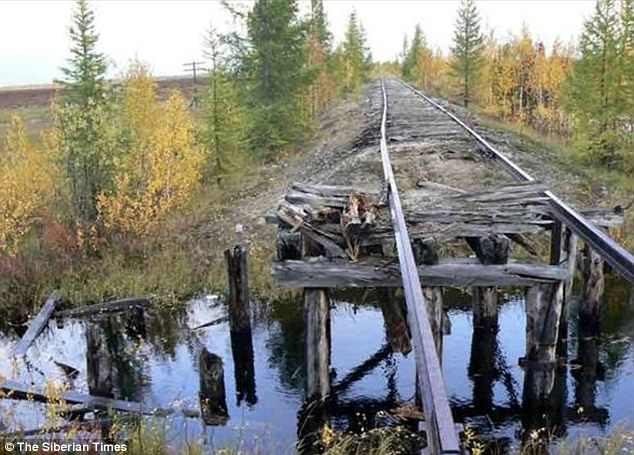 One survivor said: ‘When you waved your hand in the air it would become bloody with dead mosquitoes’

‘Often whole parts of a newly-built rail track sank into swamp in the summer heat.’

In winter the threat to life for the slave labourers was the severe, unyielding cold.

It was ‘difficult to understand how they survived in 50 below zero,’ said one researcher, pointing to the thin walls of their barracks.

In summer – with 24 hour daylight – convicts suffered from incessant mosquitoes described by one survivor as ‘a tortuous mob – there were more of those beasts in the air than raindrops in a thunderstorm.

‘When you waved your hand in the air it would become bloody with dead mosquitoes.’ 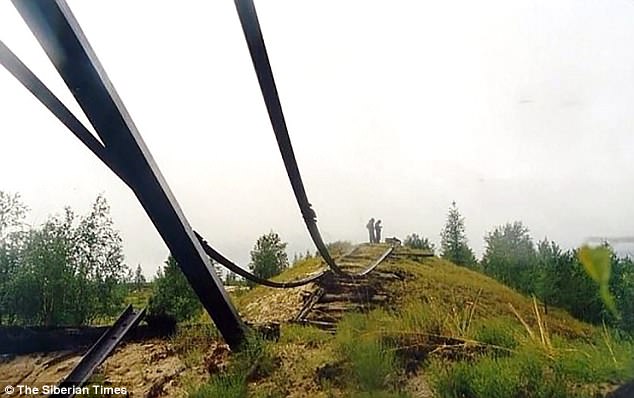 The railway has been shrouded in secrecy, with some officials admitting that they don’t want to look too deeply into what happened there Most people believe that around 300,000 convicts died in the building of the rail link, although the exact number is unknown

Lyudmila Lipatova, former director of the Salekhard city museum, said Russian historians estimated the numbers who died building this rail link at 300,000, but exact figures will never be uncovered.

‘We haven’t really looked that hard,’ she admitted candidly.

‘Some things you don’t want to know.’ 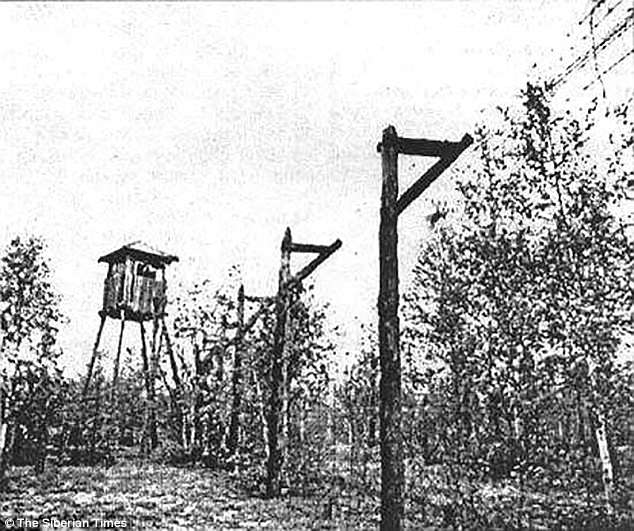 Former inmate Lazar Shereshevsky said the main cause of death was accidents, disease and illness

Scurvy was a major killer.

So, too, was cold, exhaustion and overwork.

Most bodies were buried without coffins, with only a number tag tied to their remains.

Many of the camps have been destroyed by forest fires, with little more than the barbed wire remaining. 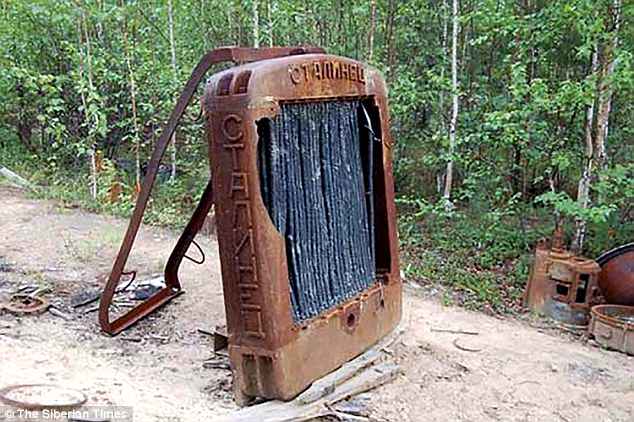 Most of the bodies of the convicts were buried without coffins, with only a number tag tied to their remains 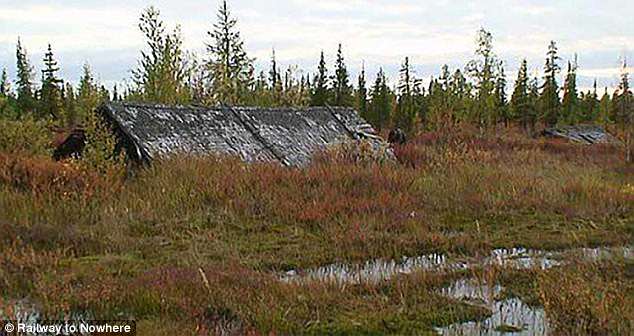 Stalin’s aides reportedly knew that the railway was a madcap scheme, but dared not tell him