Home » World News » Have you herd? Four calves and a ewe go on the lam 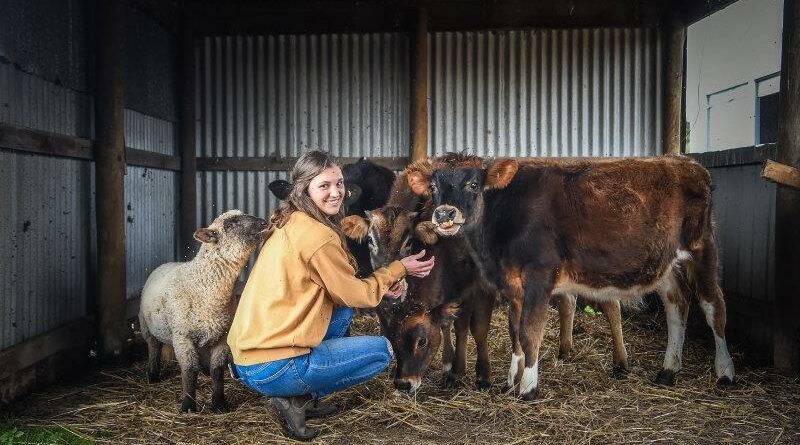 Staff at a Geelong school were left nonplussed this week when, with students away on holiday, the basketball court was taken over by a small herd of farm animals.

“We just walked out the door and there’s tiny calves and a sheep standing outside our window,” said Callie Fry, marketing and communications officer at Geelong Lutheran College in Armstrong Creek. 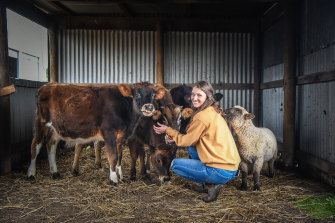 Nicole Dean has been reunited with her little herd.Credit:Justin McManus

“[The animals] looked like they were pretending to eat” she said. Which would have proved difficult as the basketball court is covered with fake grass.

After ensuring that the animals were safe and secure, one of Fry’s colleagues put up a social media post about their visitors on Thursday morning and managed to get in contact with the owner.

“I was in shock,” Nicole Dean said. “And I wanted to scream because they are our babies.”

The animals – friesian jersey crossbred calves Humphrey, Homer, Dot and Esme and the leader of the gang, a ewe named Charlotte – had escaped from their paddock on Horseshoe Bend Road in Armstrong Creek, got through a back fence that leads to a new residential estate and gambolled their way to the school. 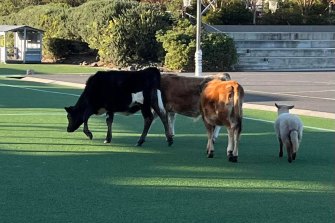 The animals tried to graze on the school basketball court.

Dean said she believed she had made sure that the eight-month-old calves and the five-month-old sheep were safe and well at home before going on a family trip, but then heard from her brother that they were on the lam.

It appeared, she said, that the little herd had also been spotted wandering the suburban streets the night before, and “somehow found their way back to the paddock”.

Dean added that one resident later contacted her about his experience with the escapees.

“He thought at first someone was trying to break into his house,” she said. “He opened the door and the four calves were standing there, one mooed at him and then they ran off with the sheep following. He thought he was dreaming.”

Dean and her family got the cattle when they were only five days old in October of last year, initially for lawn-mowing purposes.

“They come to us every time we come home,” she added. “They’re the best pets, they really are.”

Now, she said the family is going to put up stronger fencing and block “the spots where the sheep gets out”.

“This is their first escapade, and it won’t be happening again,” she said.