Hell on Earth! Hawaii volcano eruptions set the sky on fire as it’s revealed the impact of the disaster will affect marine and wildlife for decades

The Hawaii volcano eruption is expected to impact the state’s marine and animal life for decades as the environment changes in the wake of the lava flow.

Kilauea, on Hawaii’s Big Island, first start erupting on May 3, resulting in lava oozing over residential communities and heading towards the Pacific Ocean. The lava first met the ocean on May 20.

While the lava flow has received lots of attention for destroying neighborhoods, it has also been quietly covering Hawaii’s famed tide pools, hot springs and coastal waters, changing the shoreline in the process. 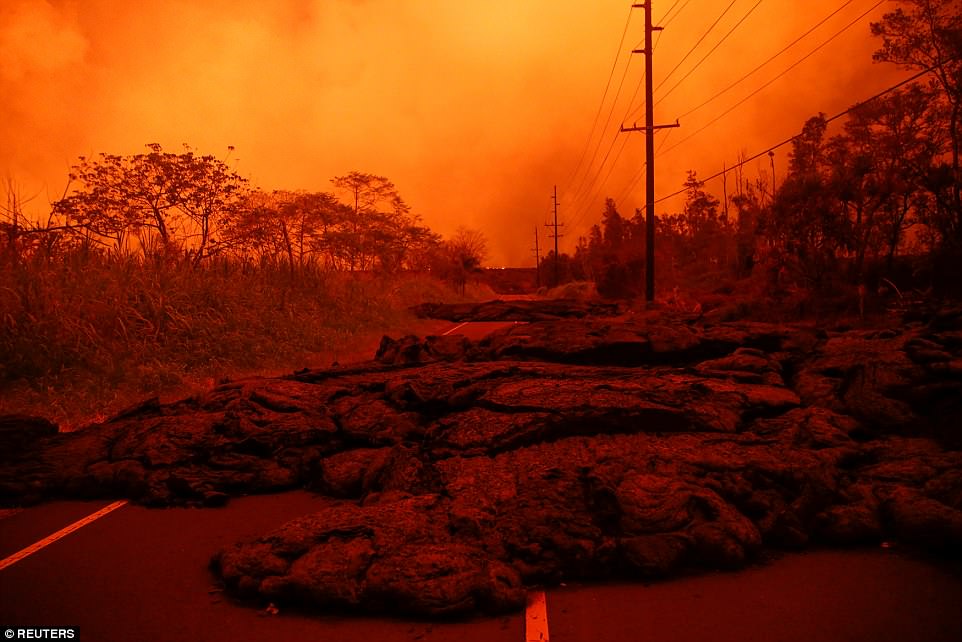 The sky turns orange as lava flow covers a road near Pahoa on Hawaii’s Big Island on Friday. Kilauea began erupting on May 3 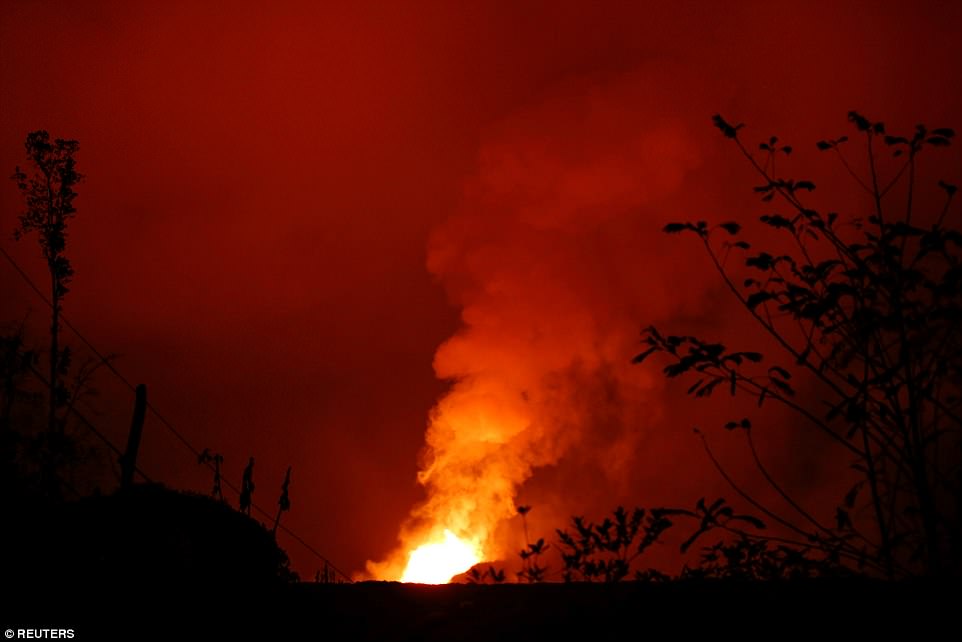 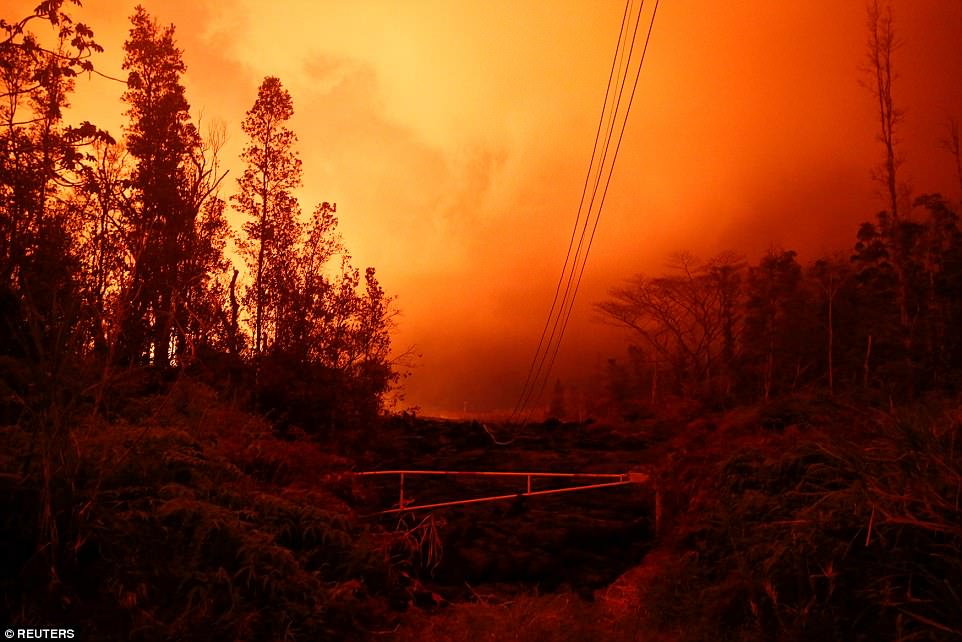 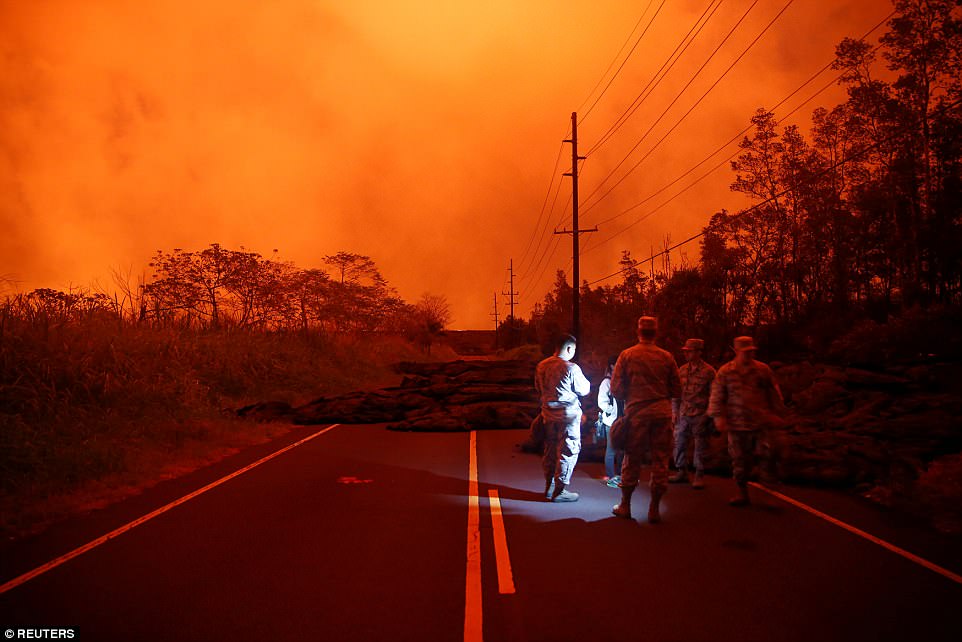 Scientists say that the lava’s impact on local marine life will be seen in major ways.

‘On the shoreline, the differences will be night and day,’ Frank Samsone, a professor of oceanography at UH Manoa, told KHON.

‘What used to be a lush productive environment with hot pools and animals of all different kinds, it’s going to be either a black sand beach or a cliff.’

In addition, Samson noted that when lava — which emits sulfur dioxide and hydriodic acid — mixes with water, it changes the acidity in the water. If the acidity changes enough, it could have a deleterious effect on sensitive marine life, which would either leave the area or stay away from it in the future.

In addition, when lava meets water, it sheds tiny, glassy particles into the water, which Samsone said would be harmful when passing through animals with gills.

Samsone said that it could take hundreds of years for the marine life to return to the state it was in prior to the volcano eruption. 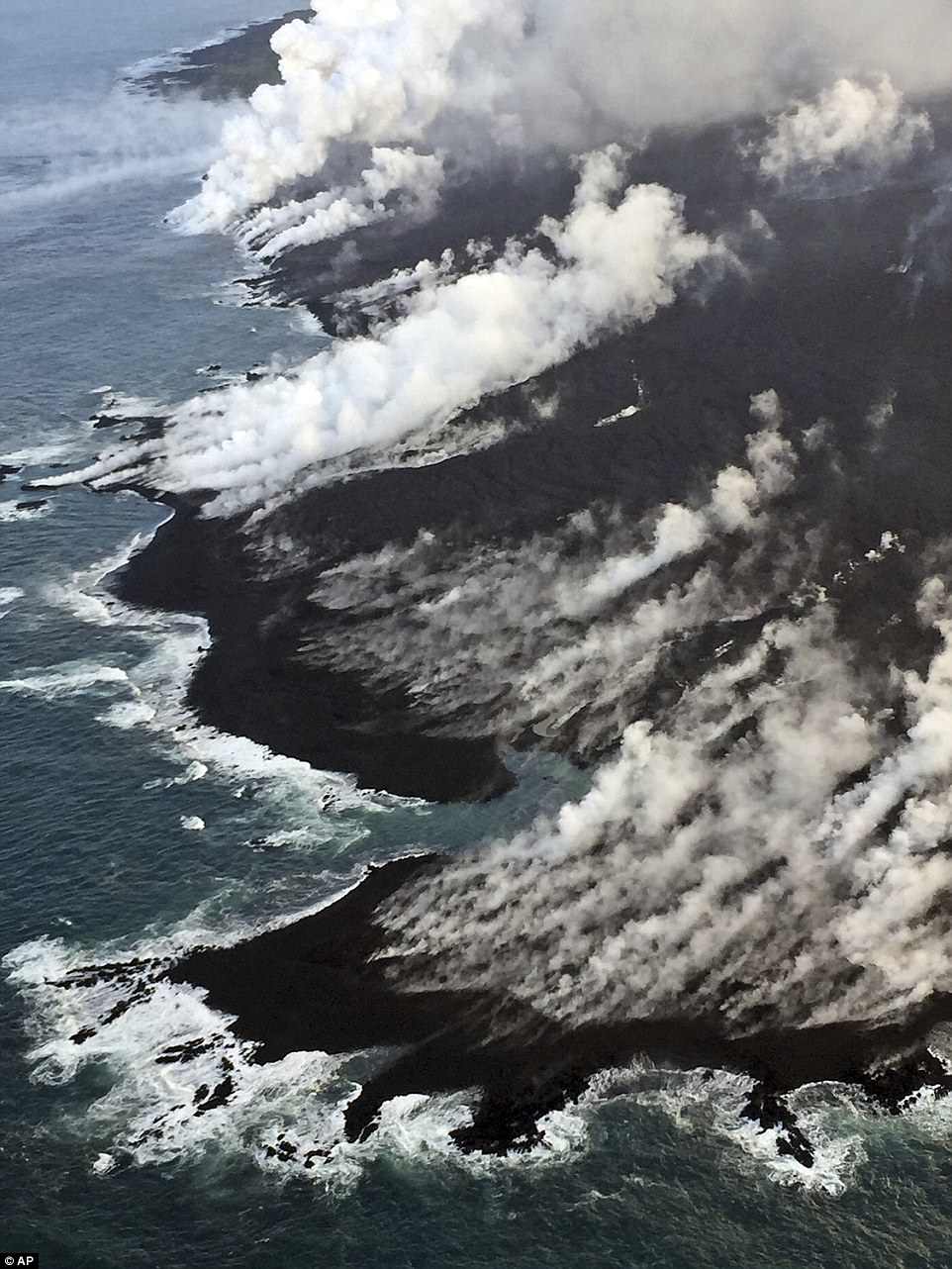 Lava from the Kilaeua volcano can be seen flowing into the Pacific Ocean near Kapoho Bay and Vactionland on the Big Island. Scientists said that the lava flow’s impact on the local marine life could be felt for decades, if not a century 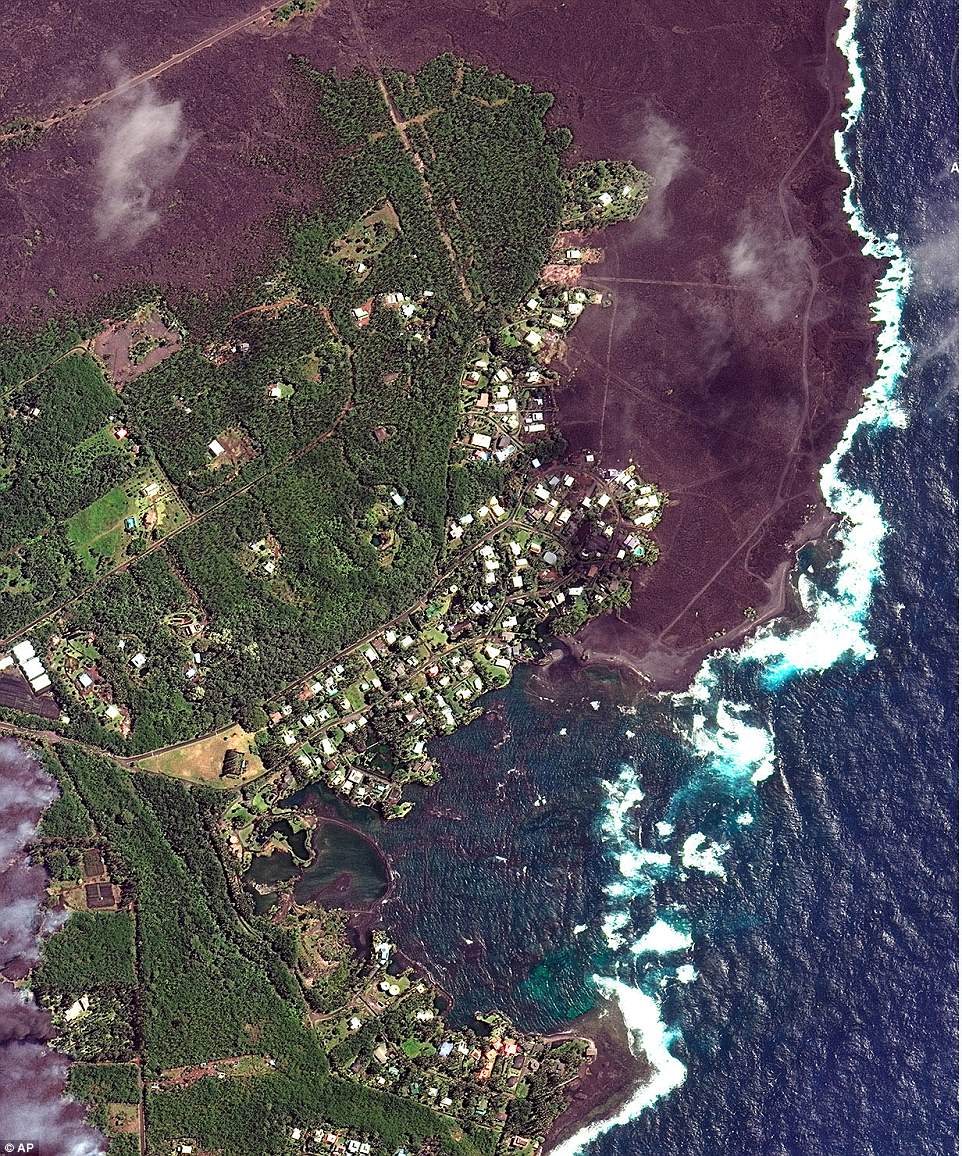 A satellite image from June 3, capturing the slow advance of the lava over land and towards the ocean. In the process, the lava has covered tide pools and hot springs in its path. Scientists say that black sand beaches will migrate down the coast