The public were warned to stay away from the toxic steam cloud on Sunday, which is formed by a chemical reaction when lava touches seawater. 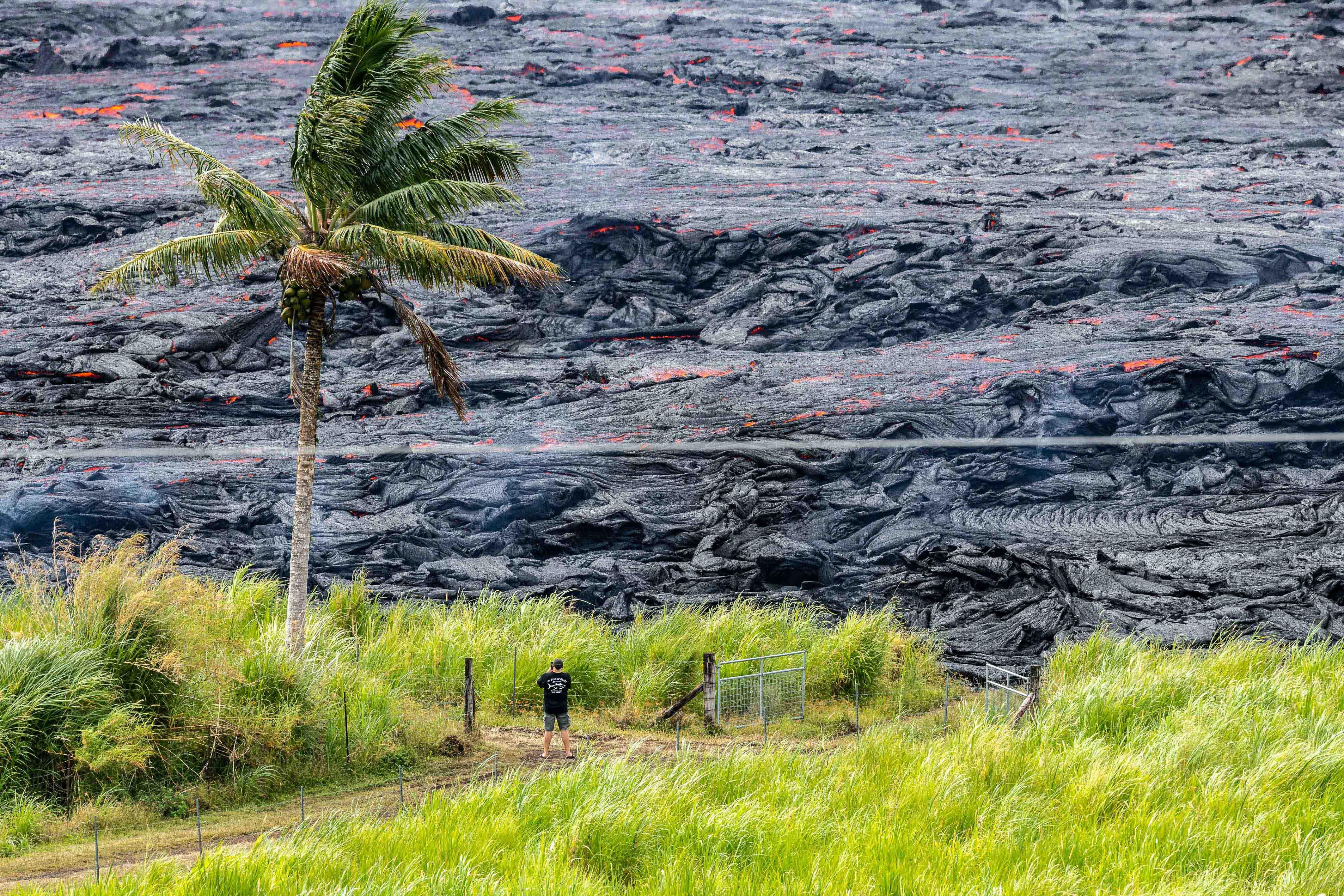 Further upslope, lava continued to gush out of large cracks in the ground that formed in residential neighborhoods in a rural part of the Big Island.

The molten rock formed rivers that bisected forests and farms as it meandered toward the coast.

The rate of sulfur dioxide gas shooting from the ground fissures tripled, leading Hawaii County to repeat warnings about air quality. At the volcano's summit, two explosive eruptions unleashed clouds of ash. Winds carried much of the ash toward the southwest. 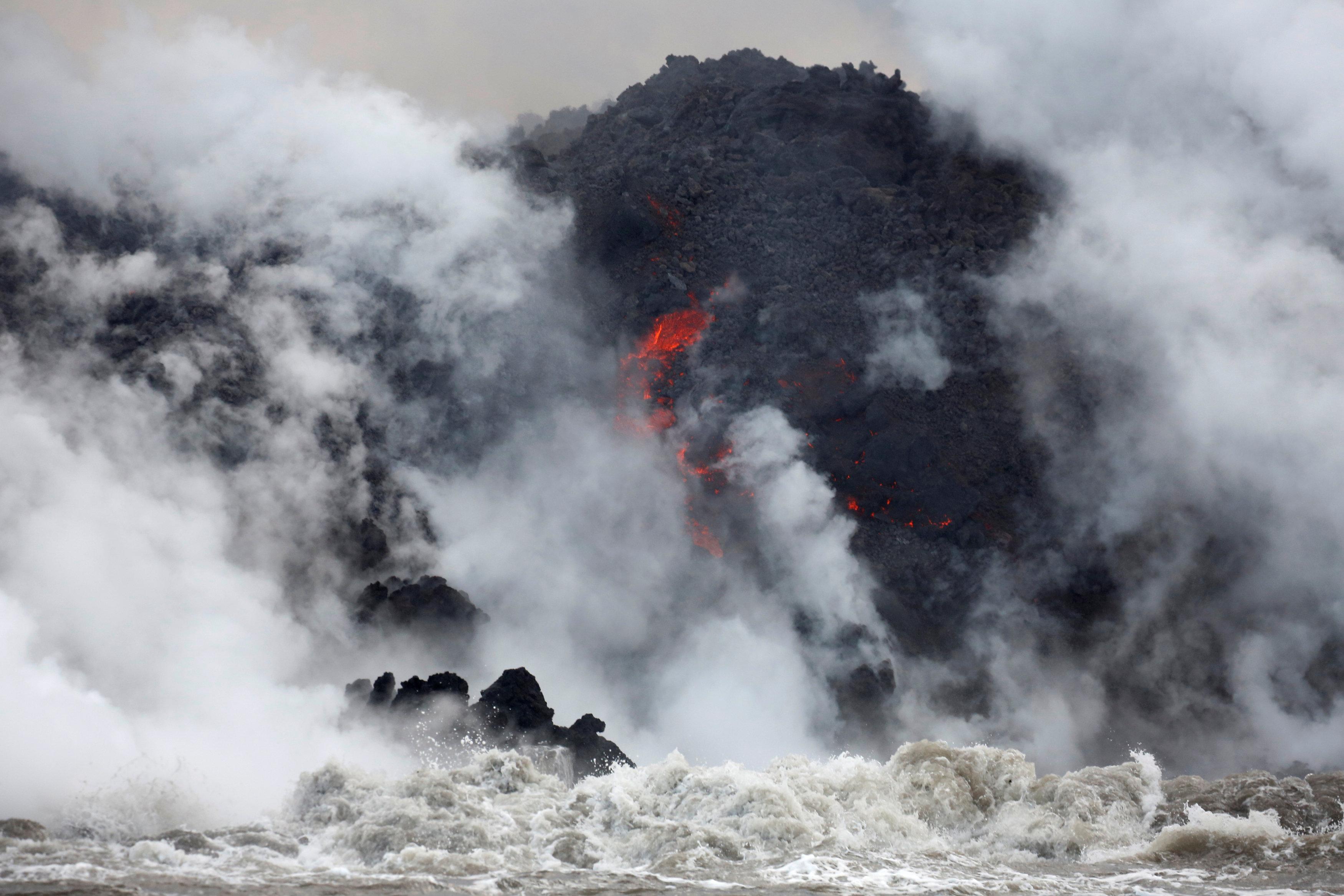 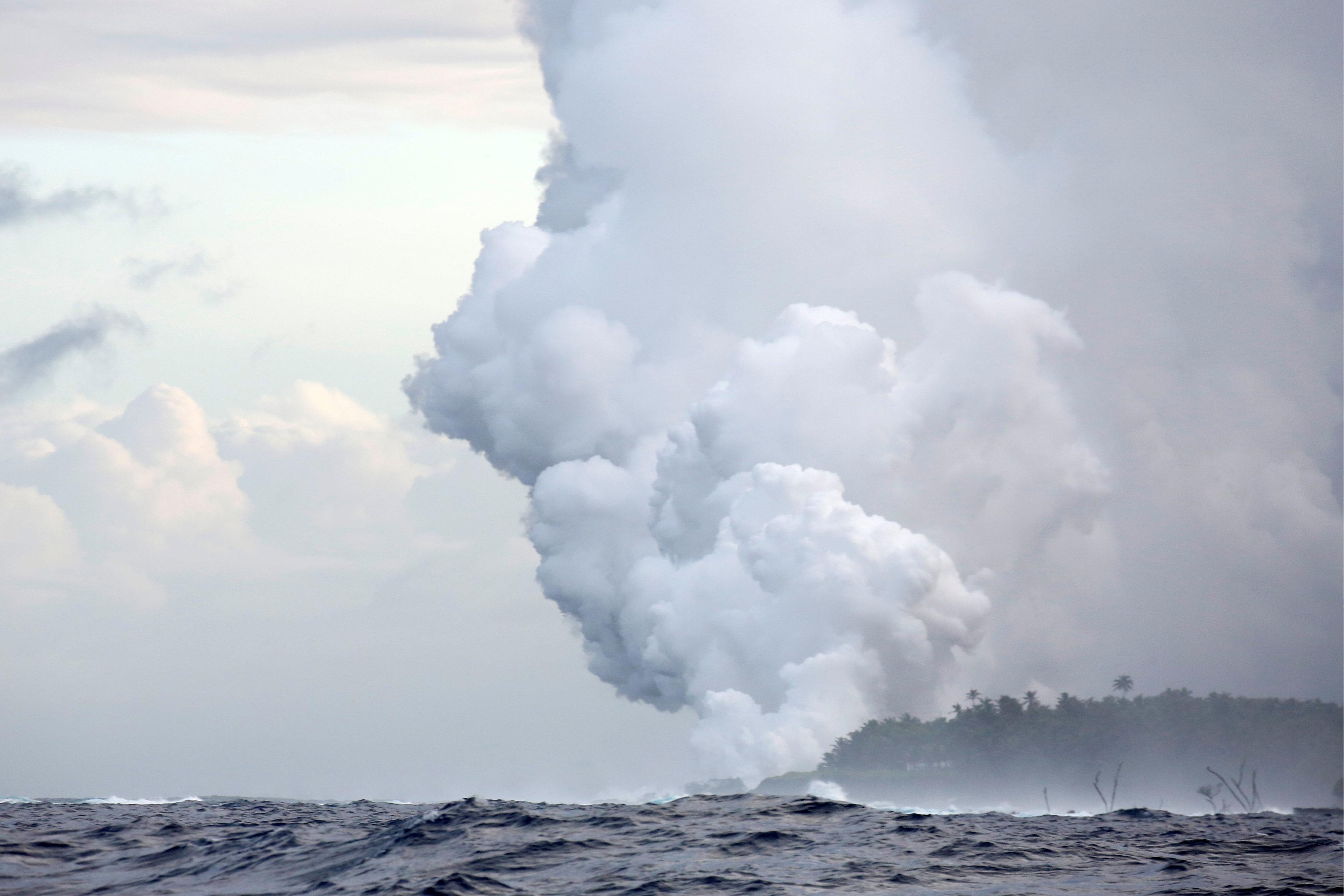 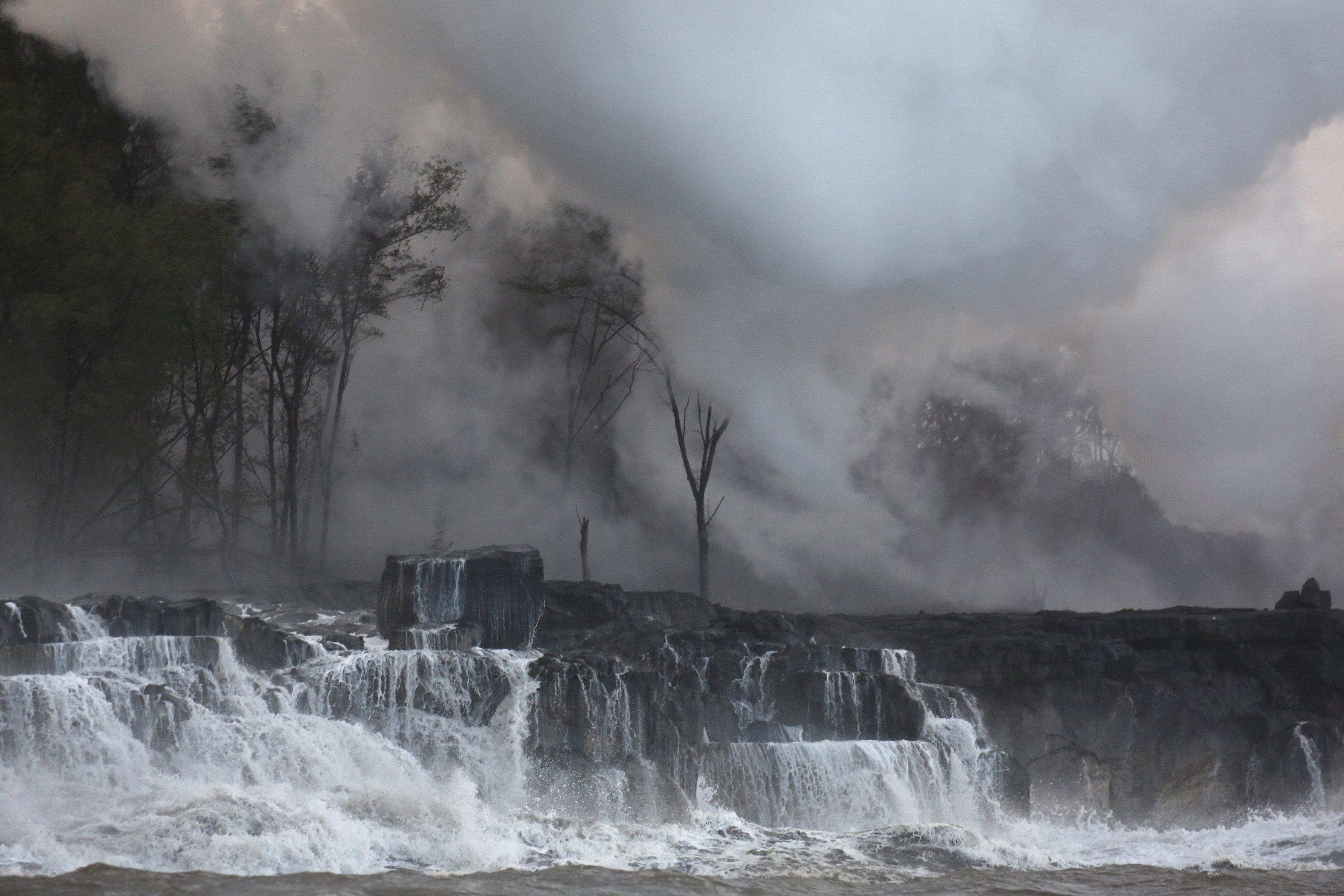 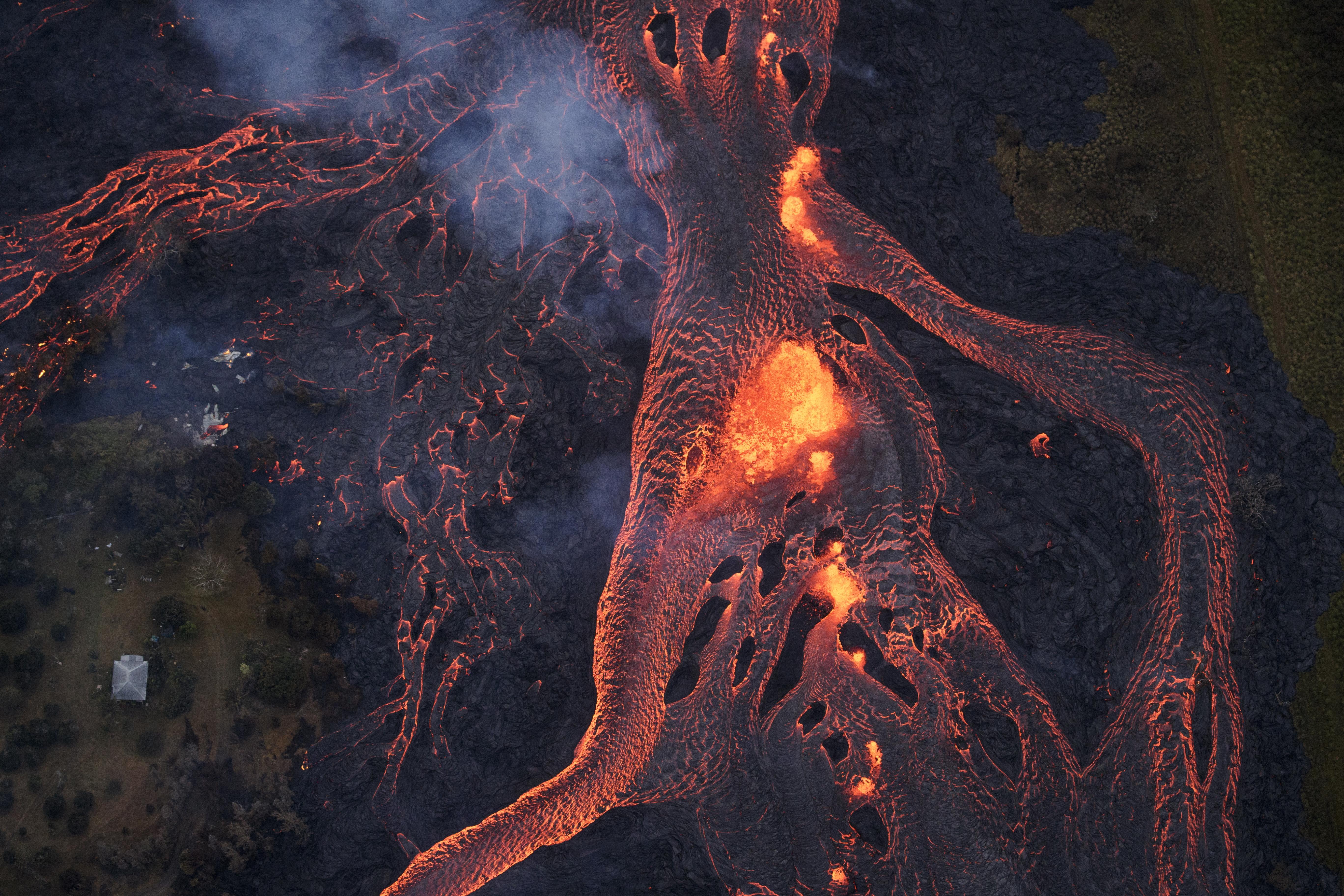 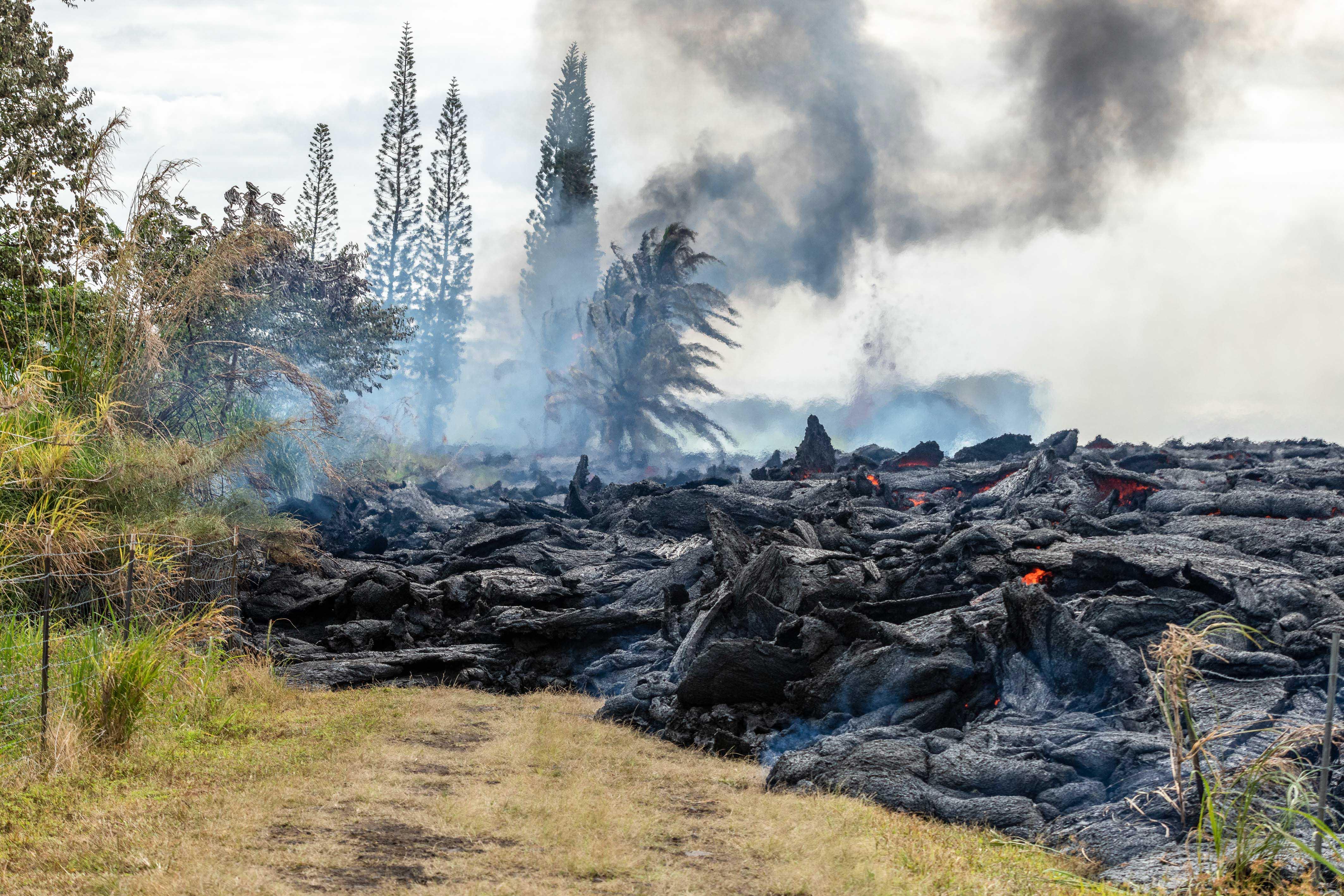 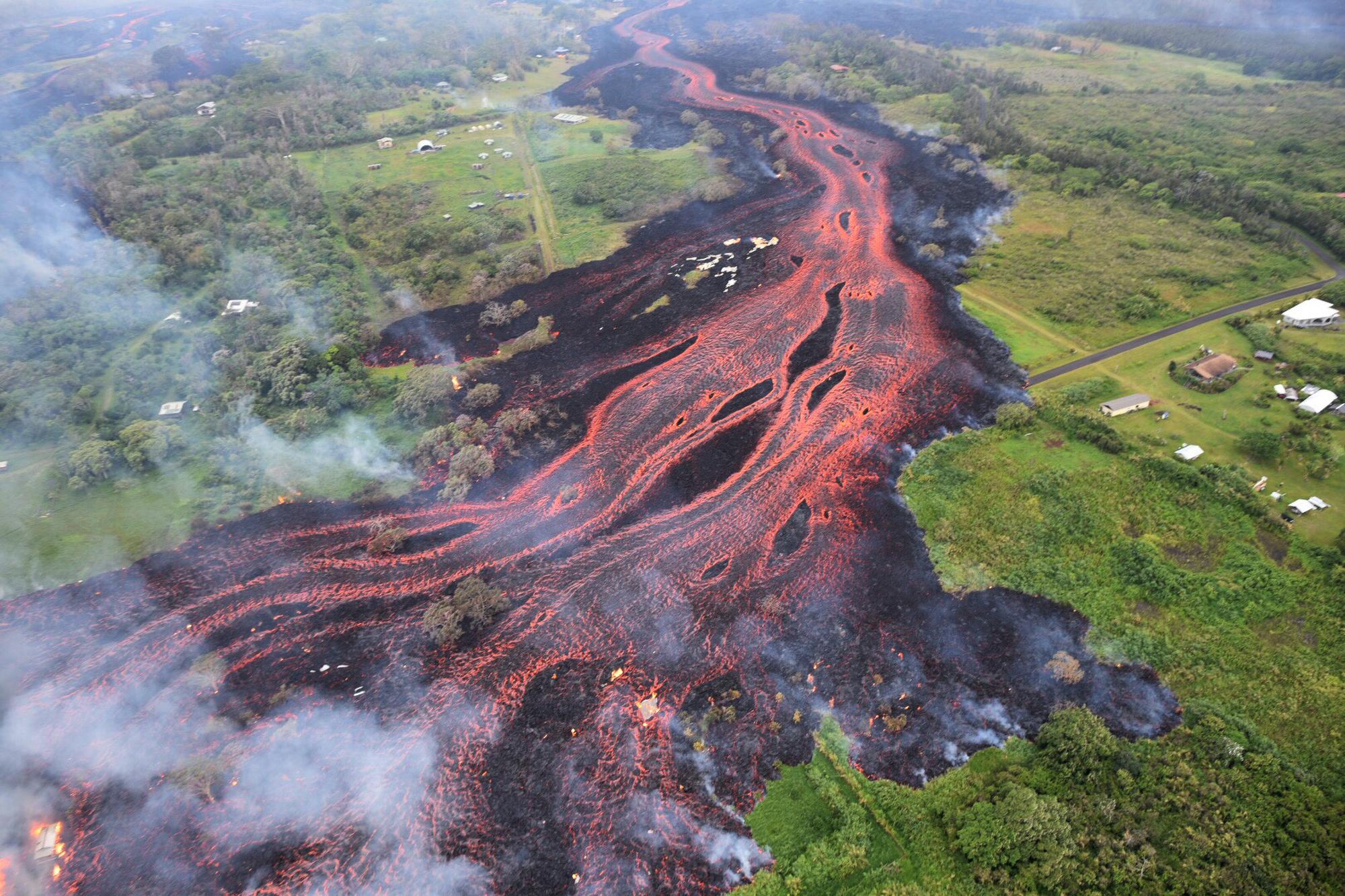 Joseph Kekedi, an orchid grower who lives and works about 3 miles (5 kilometers) from where lava dropped into the sea, said luckily the flow didn't head toward him.

At one point, it was about a mile upslope from his property in the coastal community of Kapoho.

He said residents can't do much but stay informed and be ready to get out of the way. 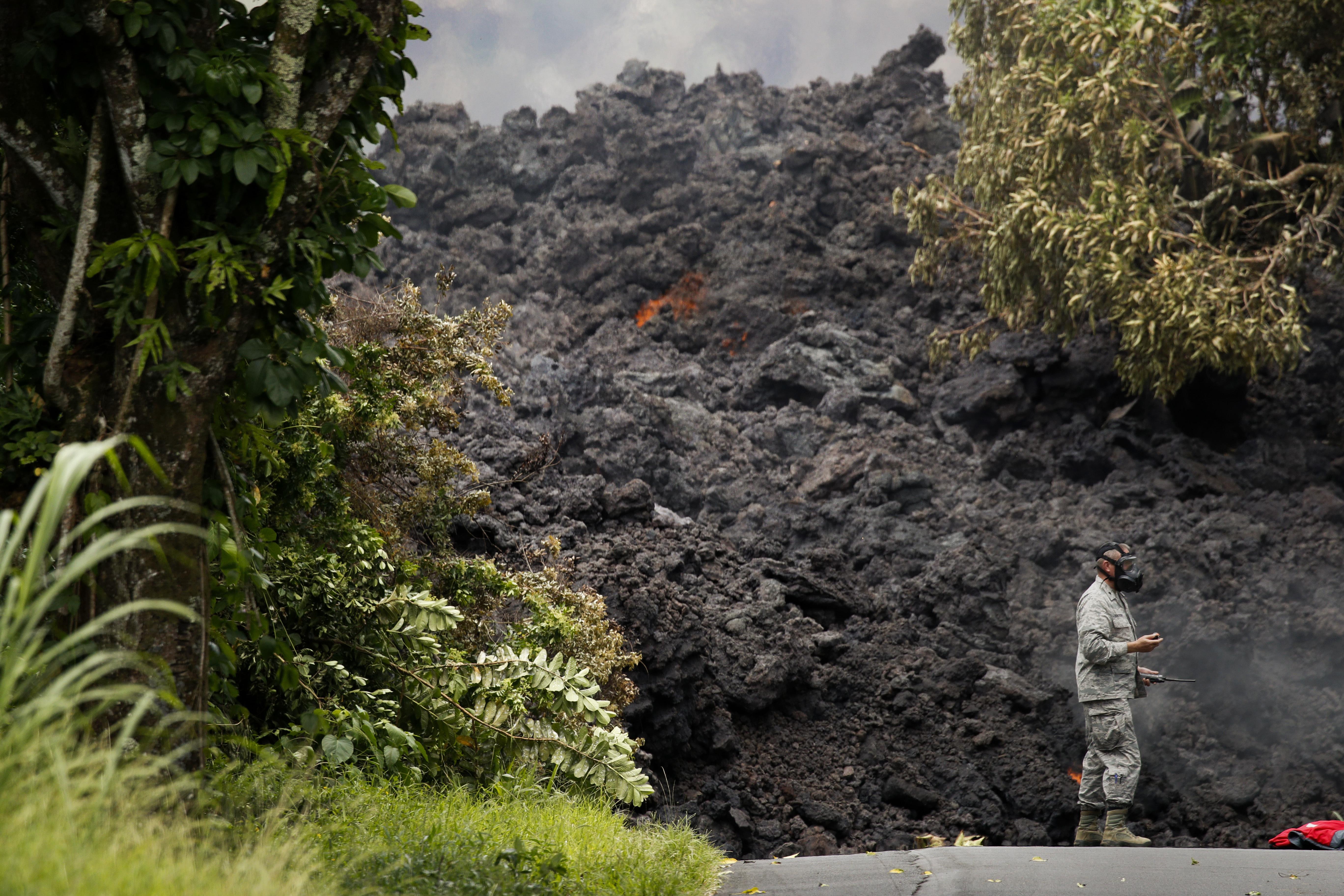 Scientists said the steam clouds at the spots where lava entered the ocean were laced with hydrochloric acid and fine glass particles that can irrigate the skin and eyes and cause breathing problems.

The lava haze, or "laze," from the plume spread as far as 15 miles (24 kilometers) west of where the lava met the ocean on the Big Island's southern coast. 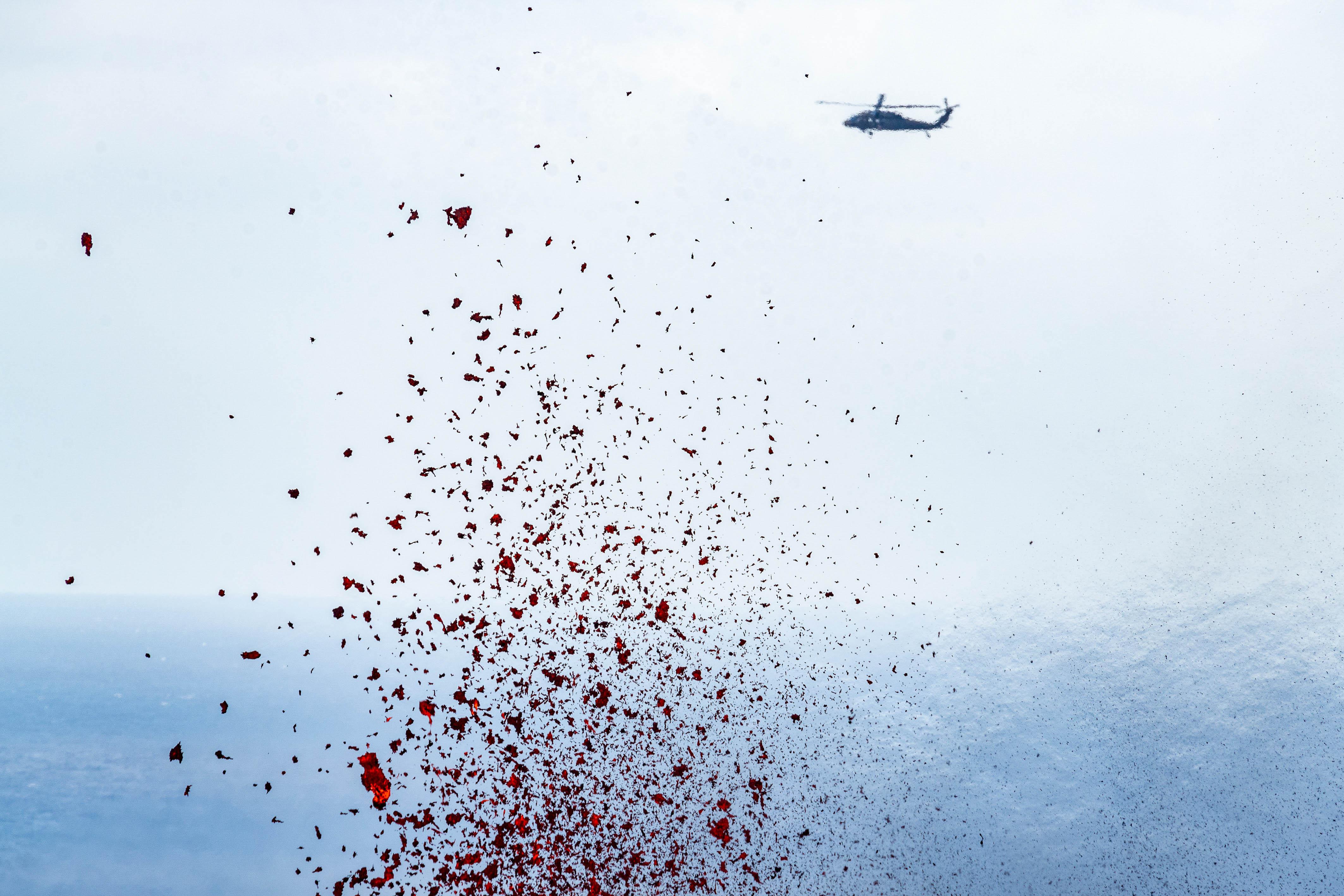 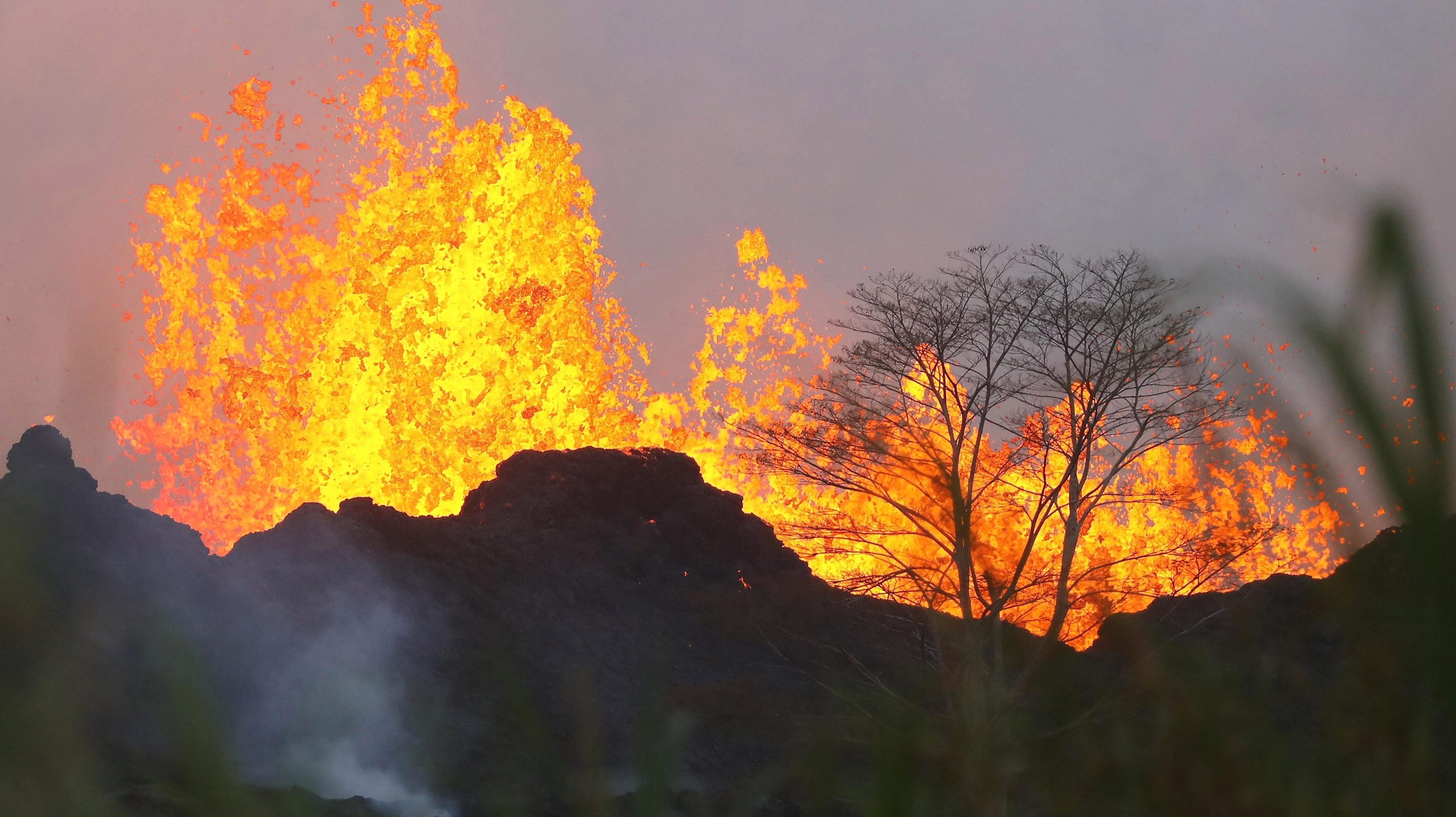 Scientists said the acid in the plume was about as corrosive as diluted battery acid.

The glass was in the form of fine glass shards. Getting hit by it might feel like being sprinkled with glitter.

"If you're feeling stinging on your skin, go inside," Stovall said. Authorities warned that the plume could shift direction if the winds changed. 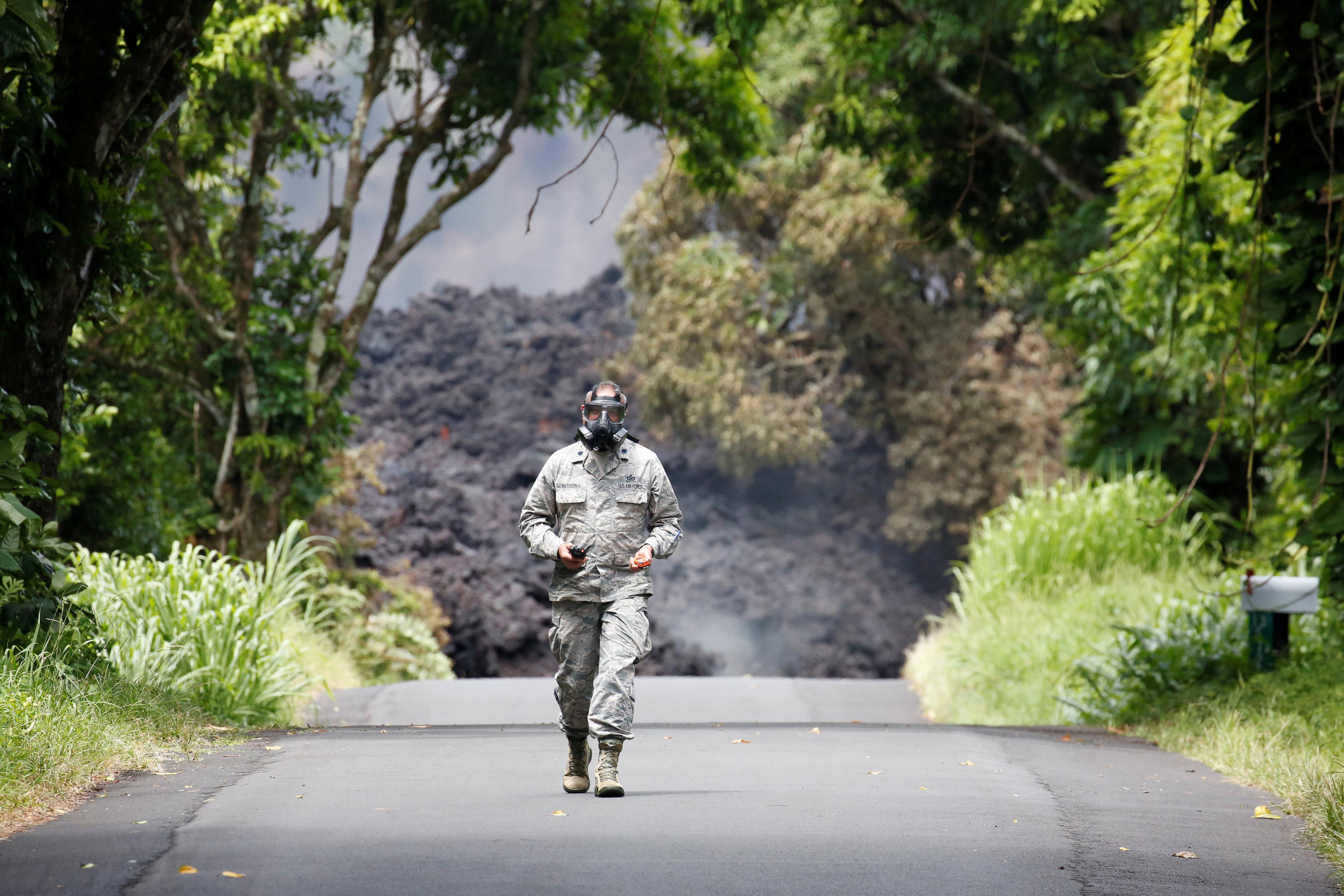 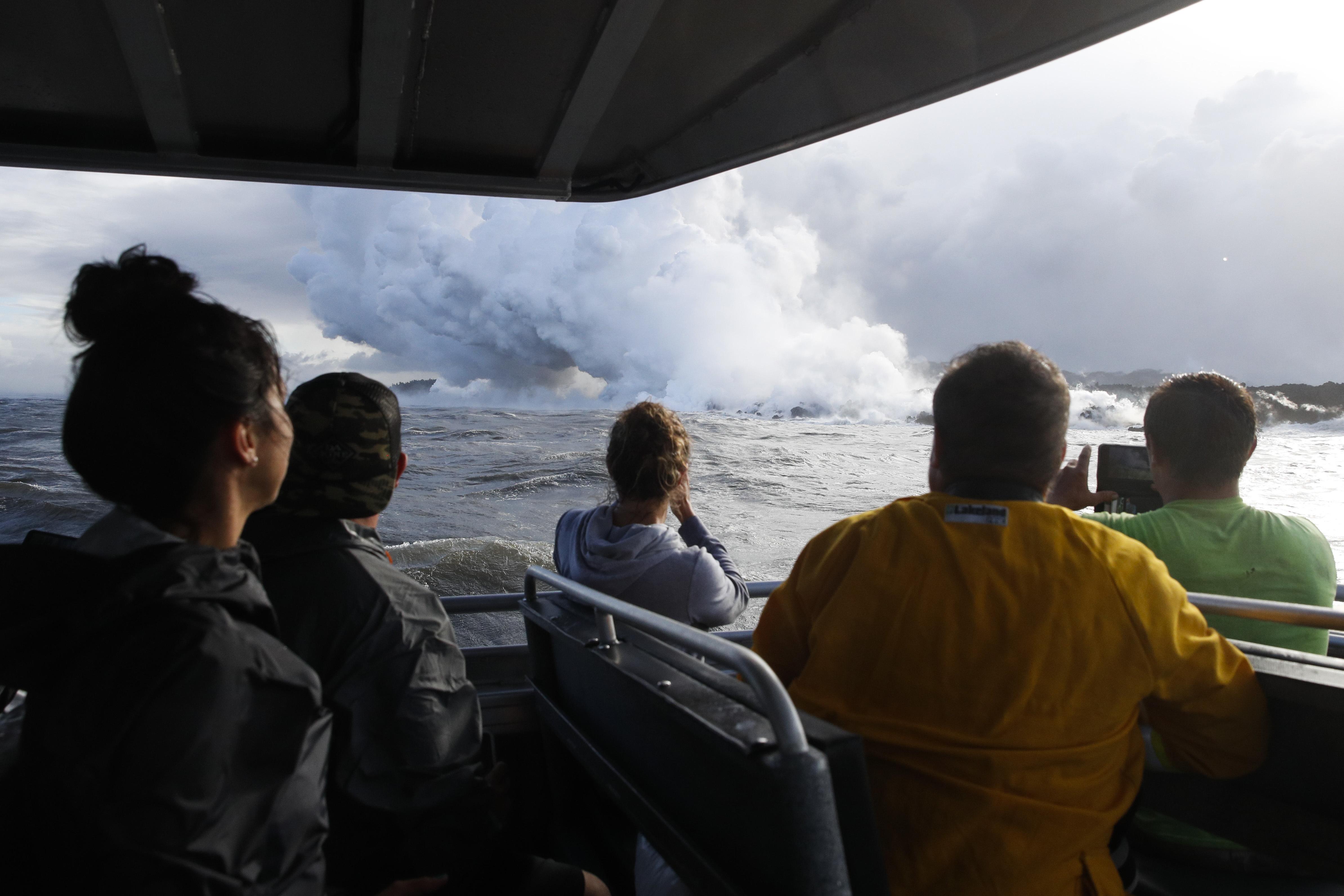 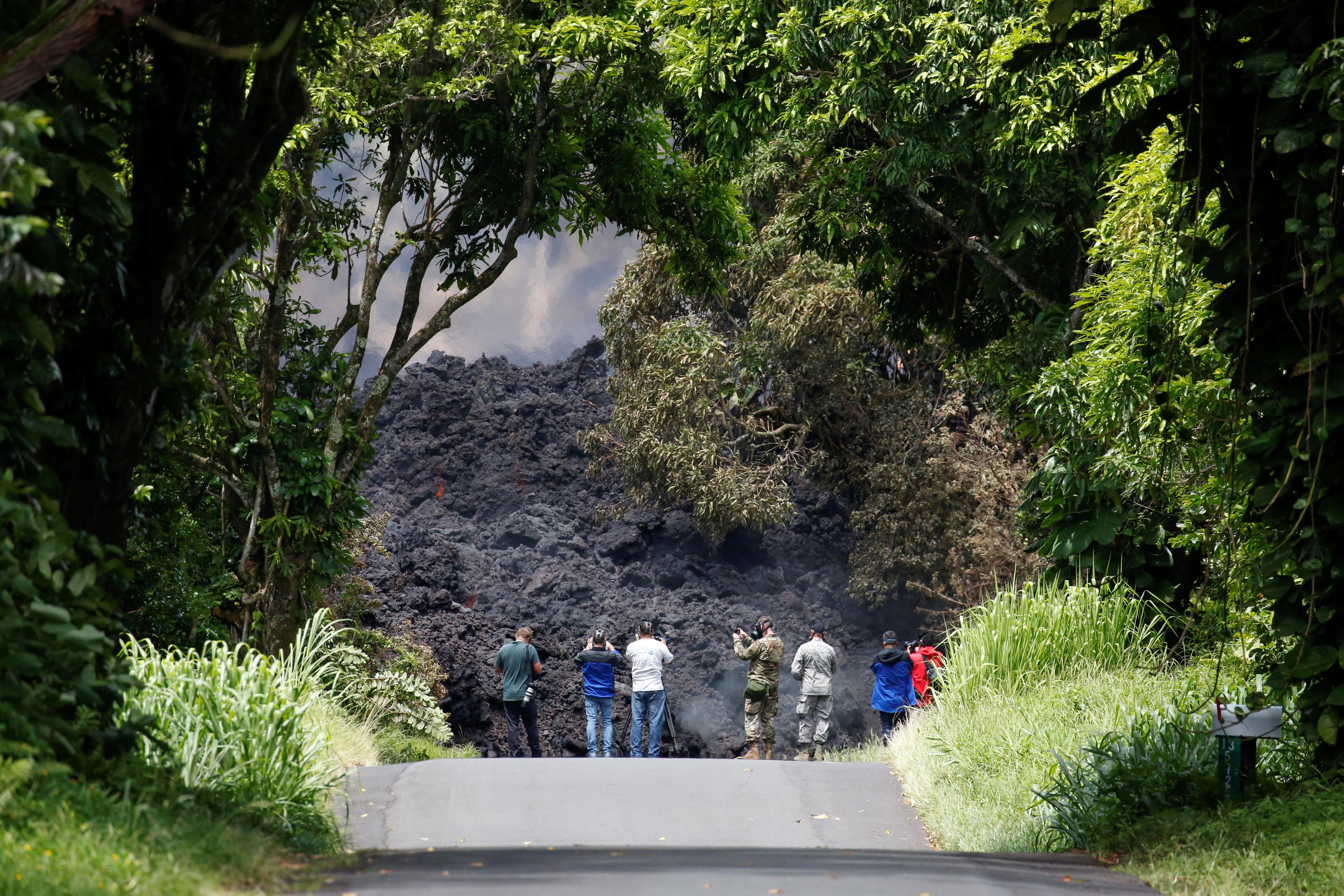 The Coast Guard said it was enforcing a safety zone extending 984 feet (300 meters) around the ocean entry point.

Coast Guard Lt. Cmdr. John Bannon said in a statement Sunday that "getting too close to the lava can result in serious injury or death."

Gov. David Ige told reporters in Hilo that the state was monitoring the volcano and keeping people safe.

"Like typical eruptions and lava flows, it's really allowing Madam Pele to run its course," he said, referring to the Hawaiian goddess of volcanoes and fire. 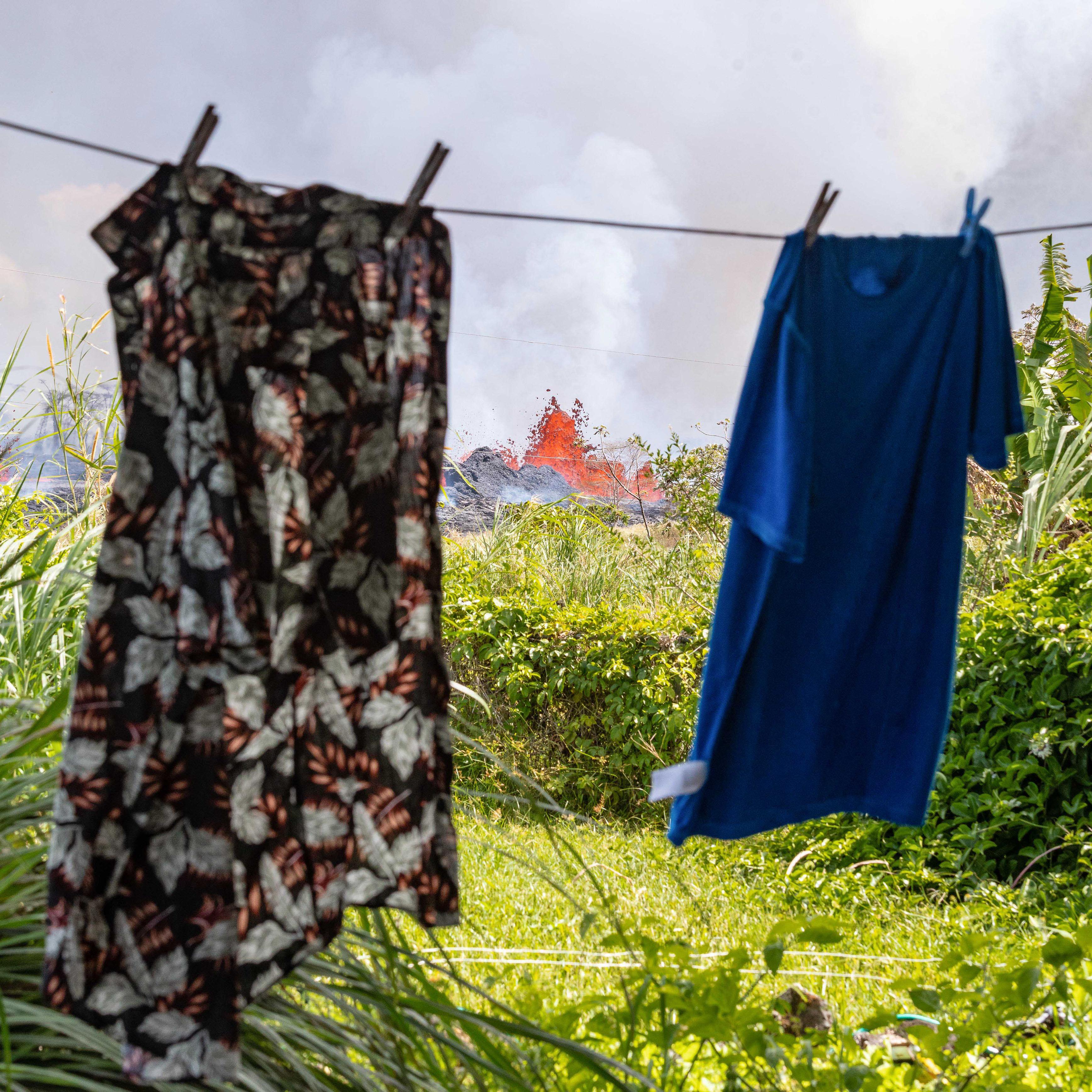 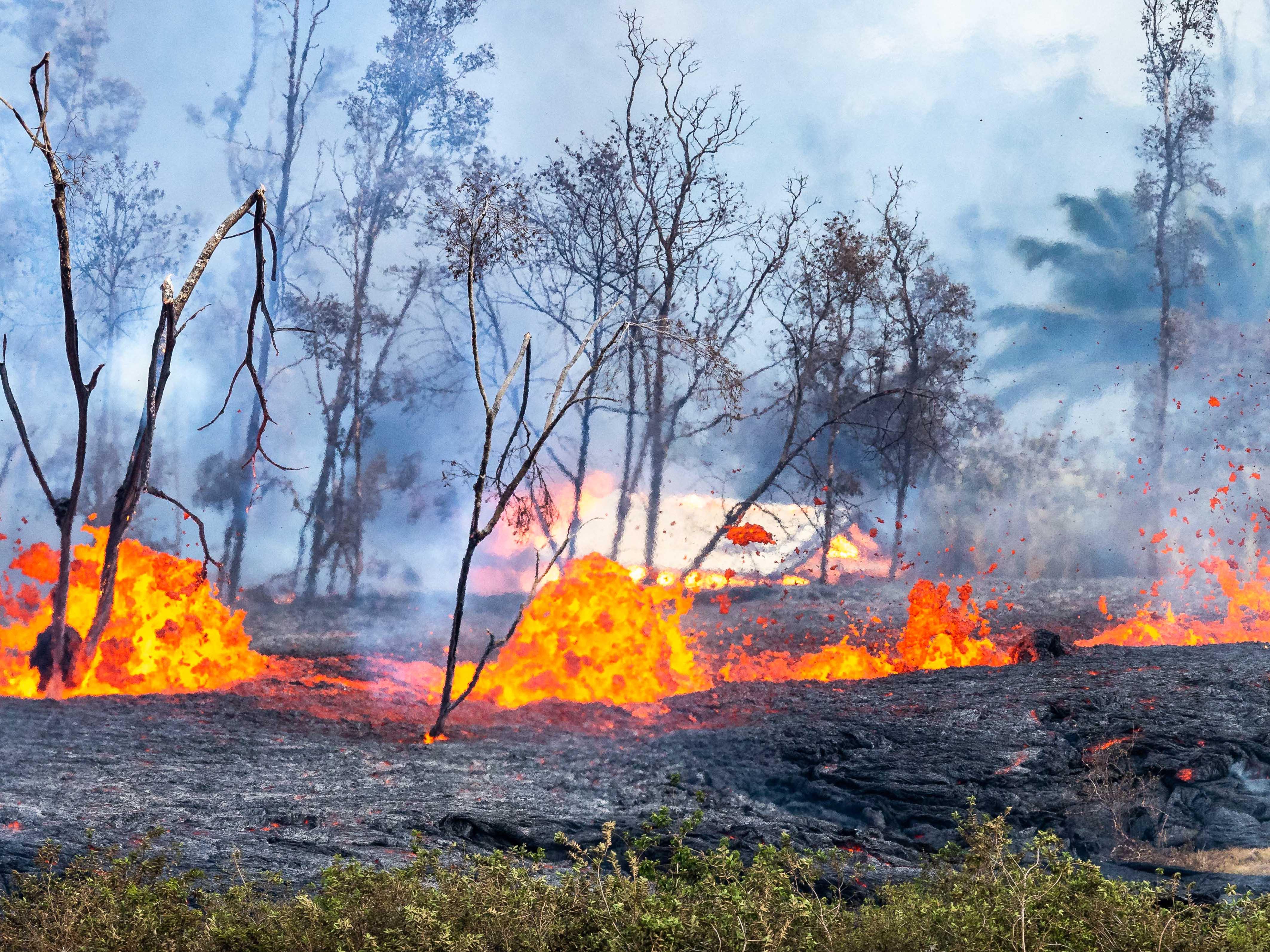 Ige said he was thankful that the current flows weren't risking homes and hoped it would stay that way.

On Saturday, the eruption claimed its first major injury.

David Mace, a spokesman for the Federal Emergency Management Agency who was helping Hawaii County respond to the disaster, said a man was struck in the leg by a flying piece of lava.

He didn't have further details, including what condition the man was in. 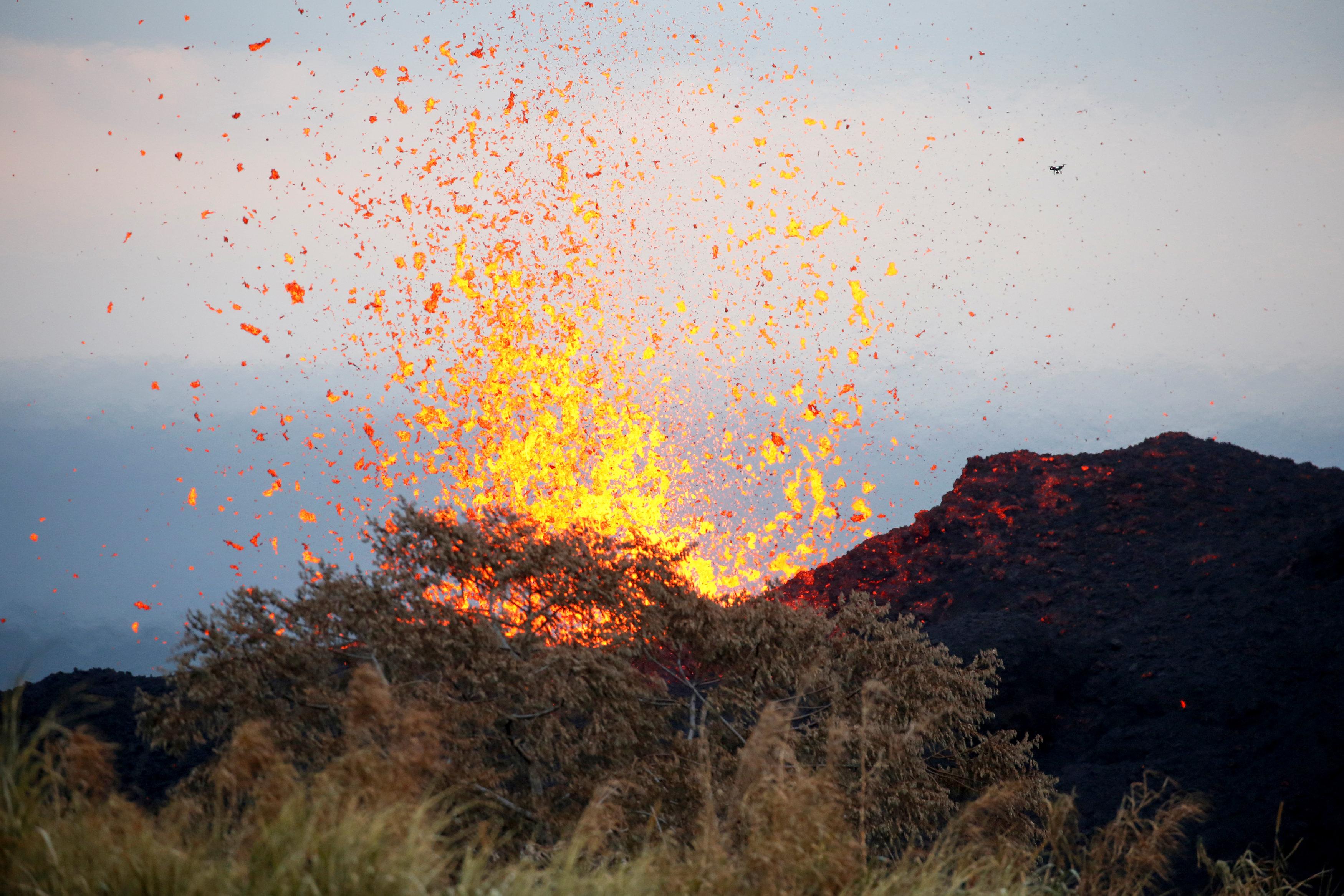 Kilauea has burned some 40 structures, including two dozen homes, since it began erupting in people's backyards in the Leilani Estates neighborhood on May 3.

Some 2,000 people have evacuated their homes, including 300 who were staying in shelters.

In recent days, the lava began to move more quickly and emerge from the ground in greater volume.

Scientists said that's because the lava that first erupted was magma left over from a 1955 erupted that had been stored in the ground for the past six decades. 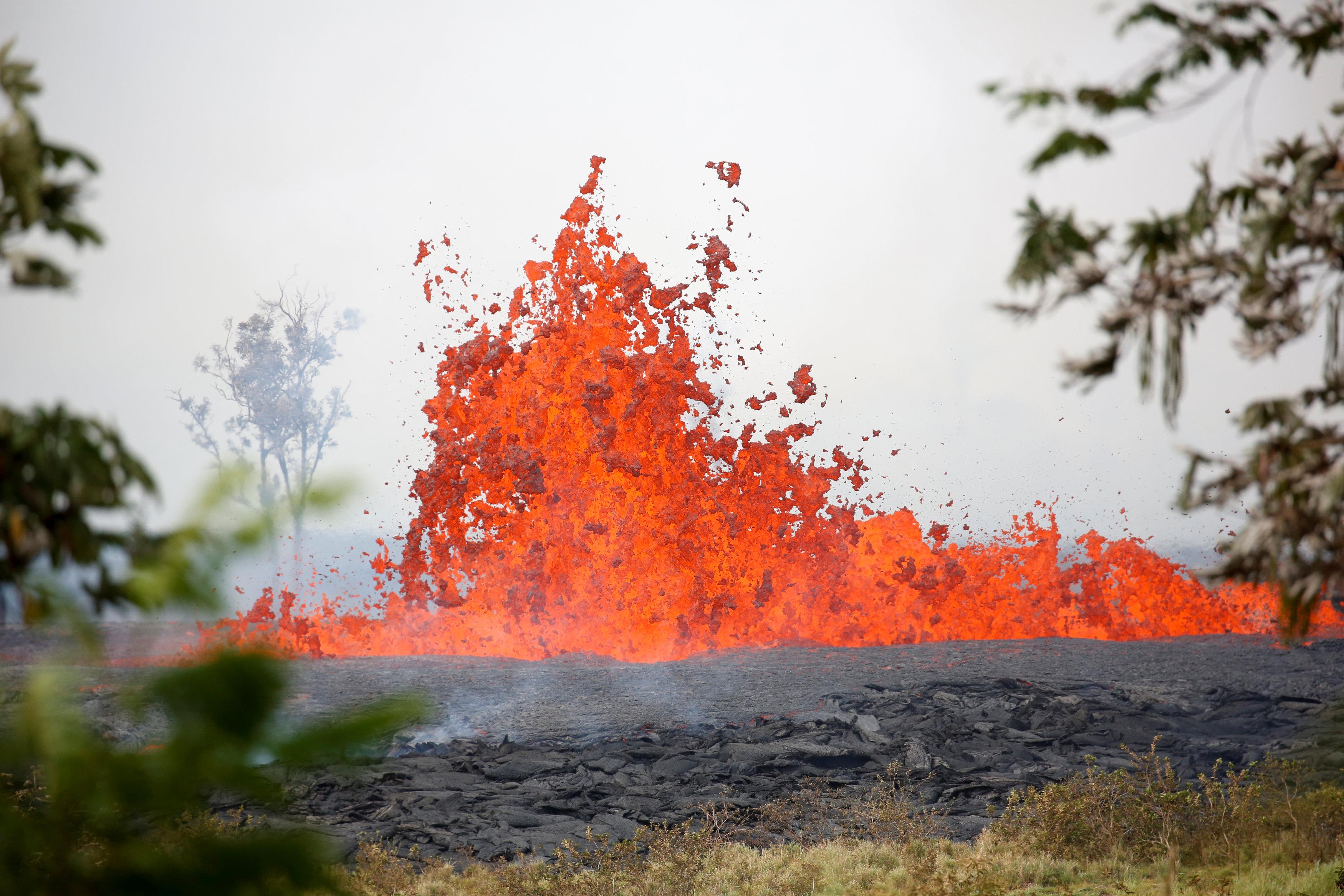 The molten rock that began emerging over the past few days was from magma that has recently moved down the volcano's eastern flank from one or two craters that sit further upslope the Puu Oo crater and the summit crater.

The new lava is hotter, moves faster and has spread over a wider area.

Scientists say they don't know how long the eruption will last.

The volcano has opened more than 20 vents, including four that have merged into one large crack.

This vent has been gushing lava high into the sky and sending a river of molten rock toward the ocean at about 300 yards (274 meters) per hour.

Hawaii tourism officials have stressed that most of the Big Island remains unaffected by the eruption and is open for business.