Home » World News » Heartbreak as dad kills own daughter, 2, by running over her with his tractor 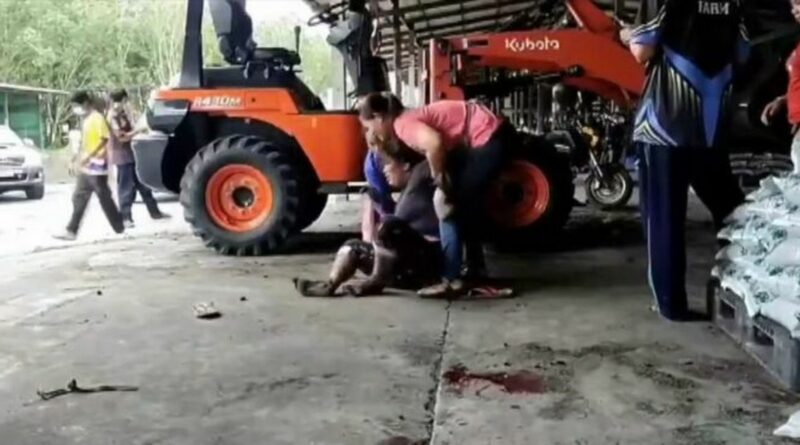 A man has killed his daughter after running over her with his tractor in freak accident.

Taking place on a farm, the father did not realise his two year old daughter was behind his tractor as he ran over her.

Police from Chon Buri in the Bowin district of the Eastern province of Thailand responded to the accident to find the distraught 27-year-old father mourning the death of his little daughter.

He told investigators it was a complete accident and had warned the young girl previously about playing around the tractor, instructing her to not be in the premises while it is in use.

However, earlier this week the young girl was harmed in the crash and subsequently passed away.

The father had been using the tractor to move piles of dirt in the That Thong subdistrict of Thailand when the fatal accident occurred. Police received a report of the accident almost immediately after and rushed to the scene.

Unfortunately it was too late and the girl had already died.

The girl had been crushed to death by the tractor and died almost instantly, with all methods trying to revive her not working.

The Pattaya News Network reported that she suffered several head injuries due to the sheer pressure of the accident and had already passed by the time rescue workers arrived at the tragic scene.

The grieving father immediately told the police that he had accidentally run over his pwn daughter with the tractor. He went on to mention about his frequent warnings to his daughter and his attempts to stop her playing around his farming equipment, particularly the tractor, while they were in operation.

The father was also taken into the Bowin District Police Station for further questioning to ensure there was nothing suspicious about the accident. The police found no further reason to disbelieve his story.

The crushed body of his two year old daughter was transported to a nearby hospital for a full autopsy.

This tragic incident took place on the same day as the mass school shooting at a nursery daycare in the Northeastern province of Nong But Lamphu of Thailand. Two shocking loss of lives on the same day left a feeling of unease within the communities and country at whole.