Maya Mohammad Ali Merhi, 8, and her father were born without legs, a condition called congenital amputation, the cause of which is unknown. 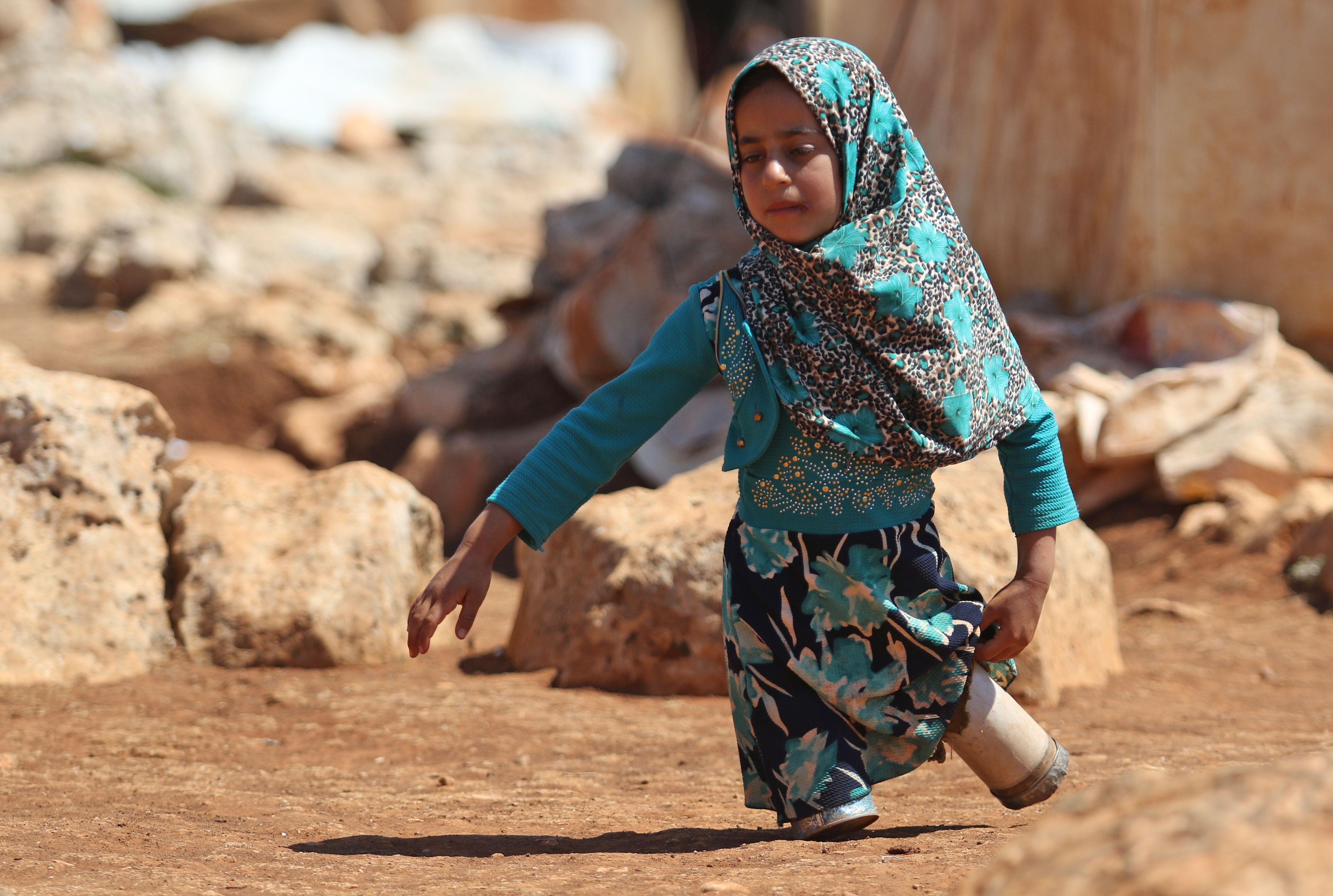 But her father couldn’t afford real prosthetics so made his daughter a pair out of tin cans filled with cotton and scraps of cloth so she could move round the camp for displaced refugees in the Syrian province of Idlib.

The heartbreaking footage shows father and daughter side-by-side as he explains how he made the ‘legs’.

He told Syria Charity: “I mounted some plastic on two tins of sardines with which she can go to school with.

“My heart suffers when I see her crawling in front of friends, while they play and run.” 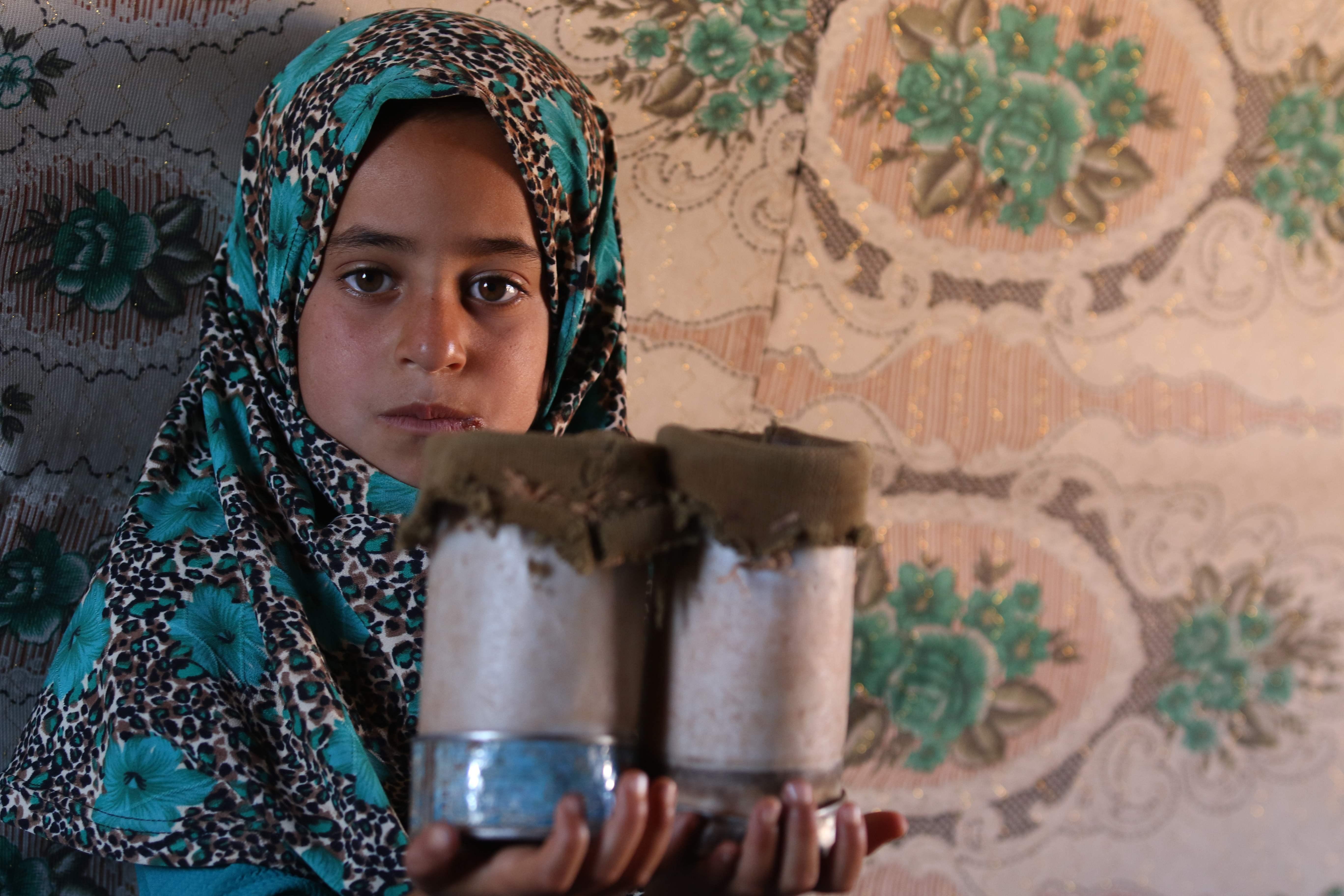 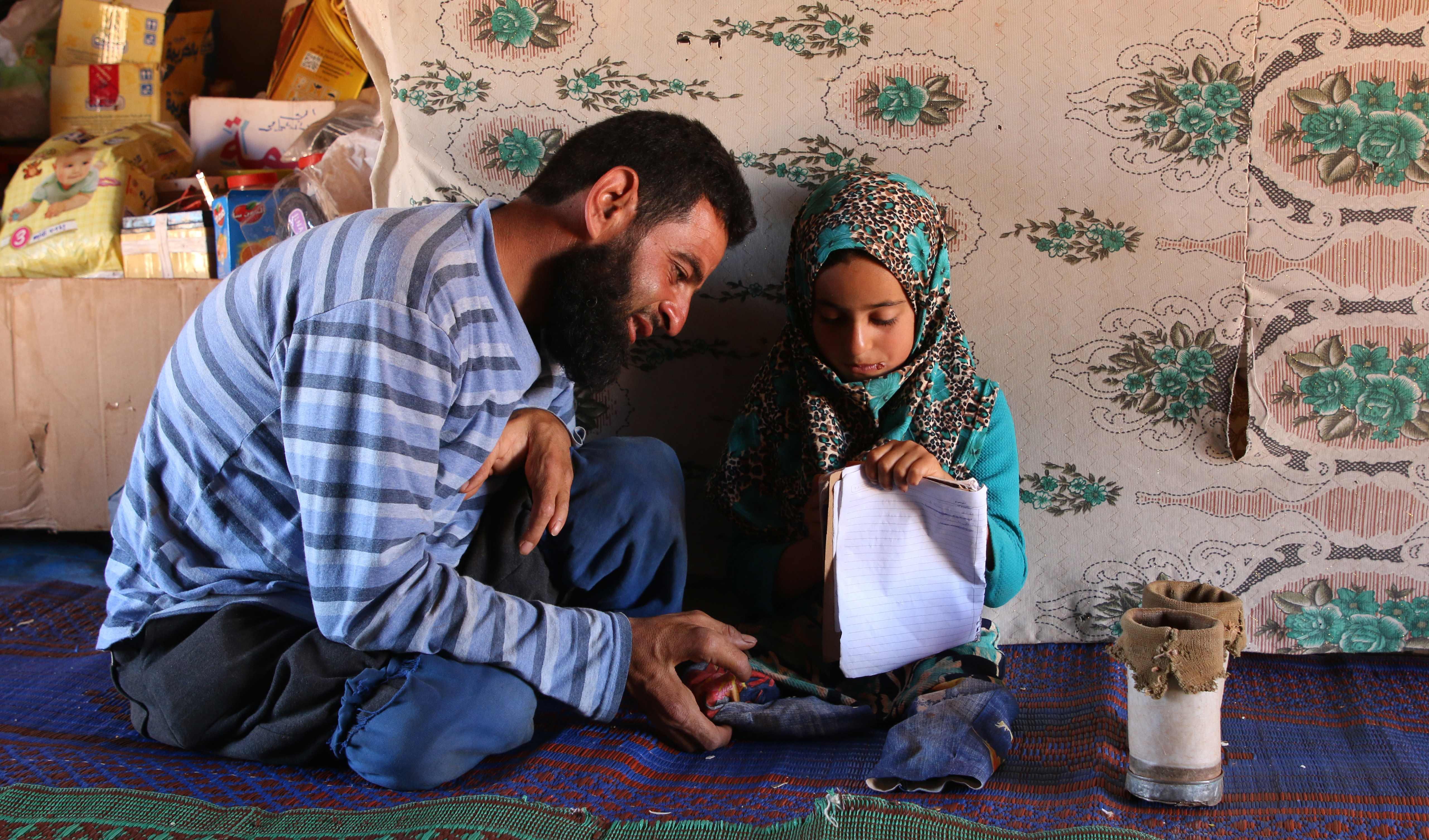 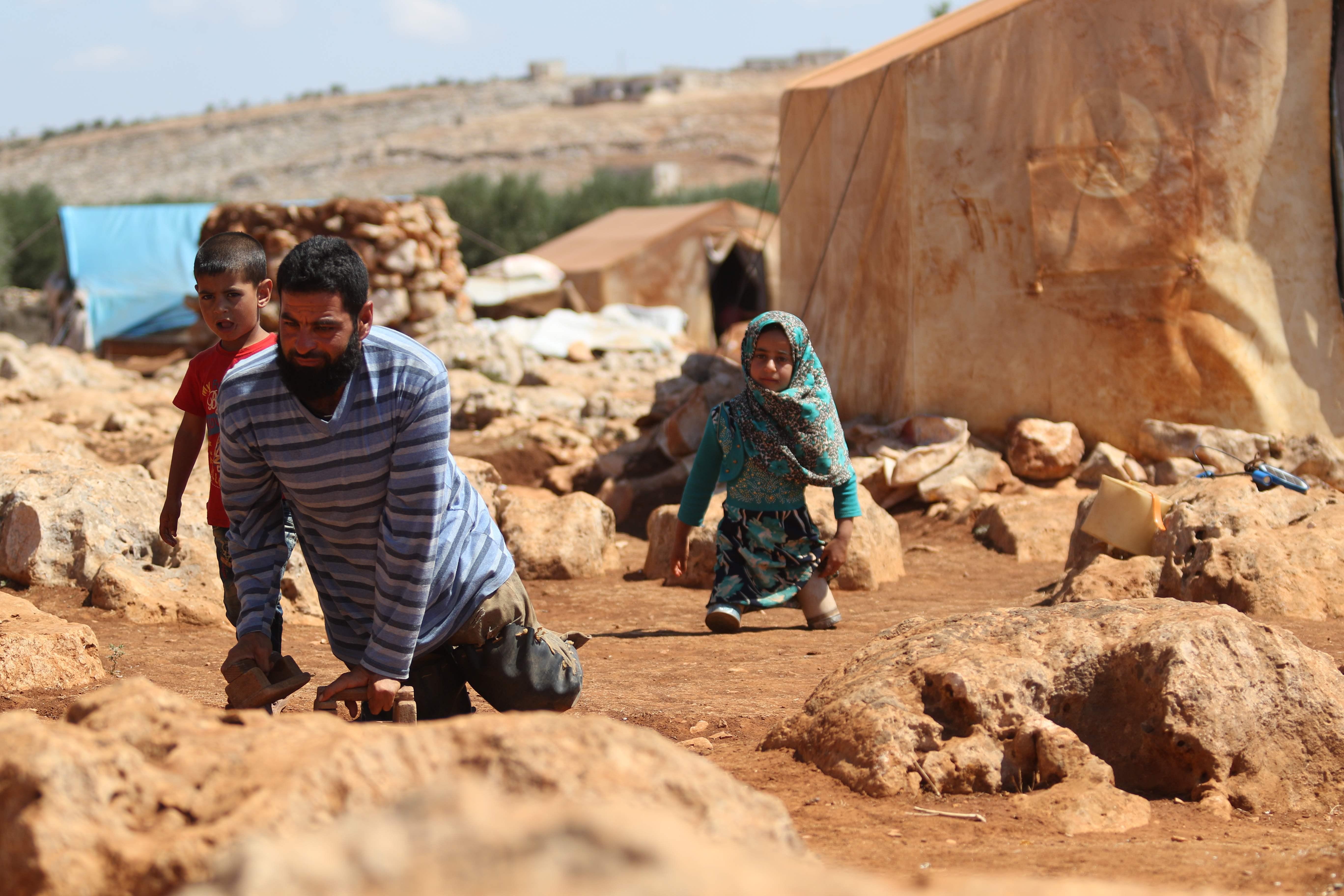 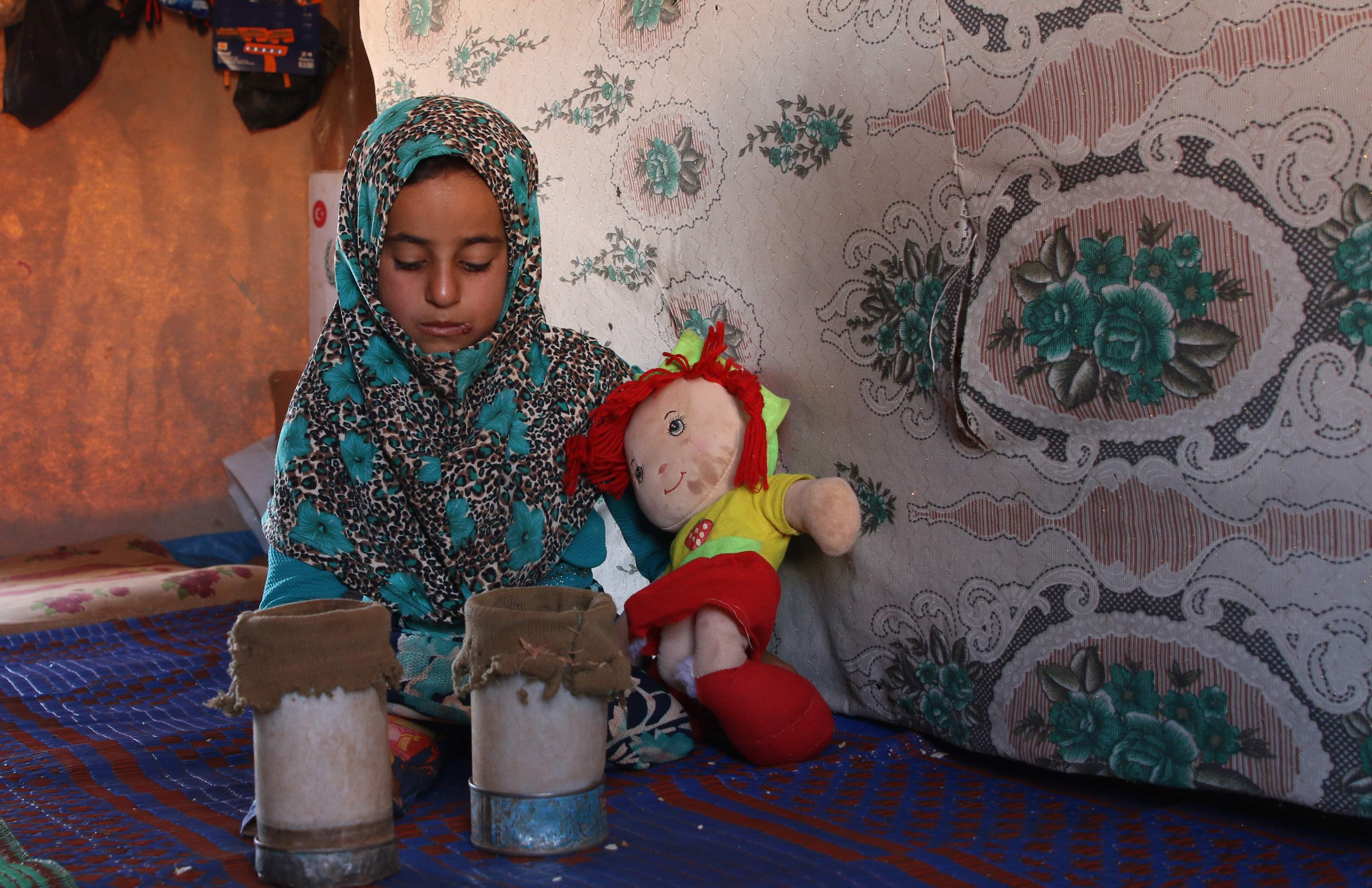 Mohammed, who also needs prosthetics added: “It's hard but those are better than nothing.”

He said that he and his family are able to live a quiet life at the camp, but dreams of one day being able to see his daughter walk properly.

According to Syria Appeal, there are more than 13 million people in the country who desperately need aid – of these more than five million are children.

Camps, similar to the one Maya is living in, are 'home' to around three million people, but they often don't have any access to humanitarian aid.

Many more have attempted to flee the country and headed to nearby Turkey, Jordan and Lebanon.